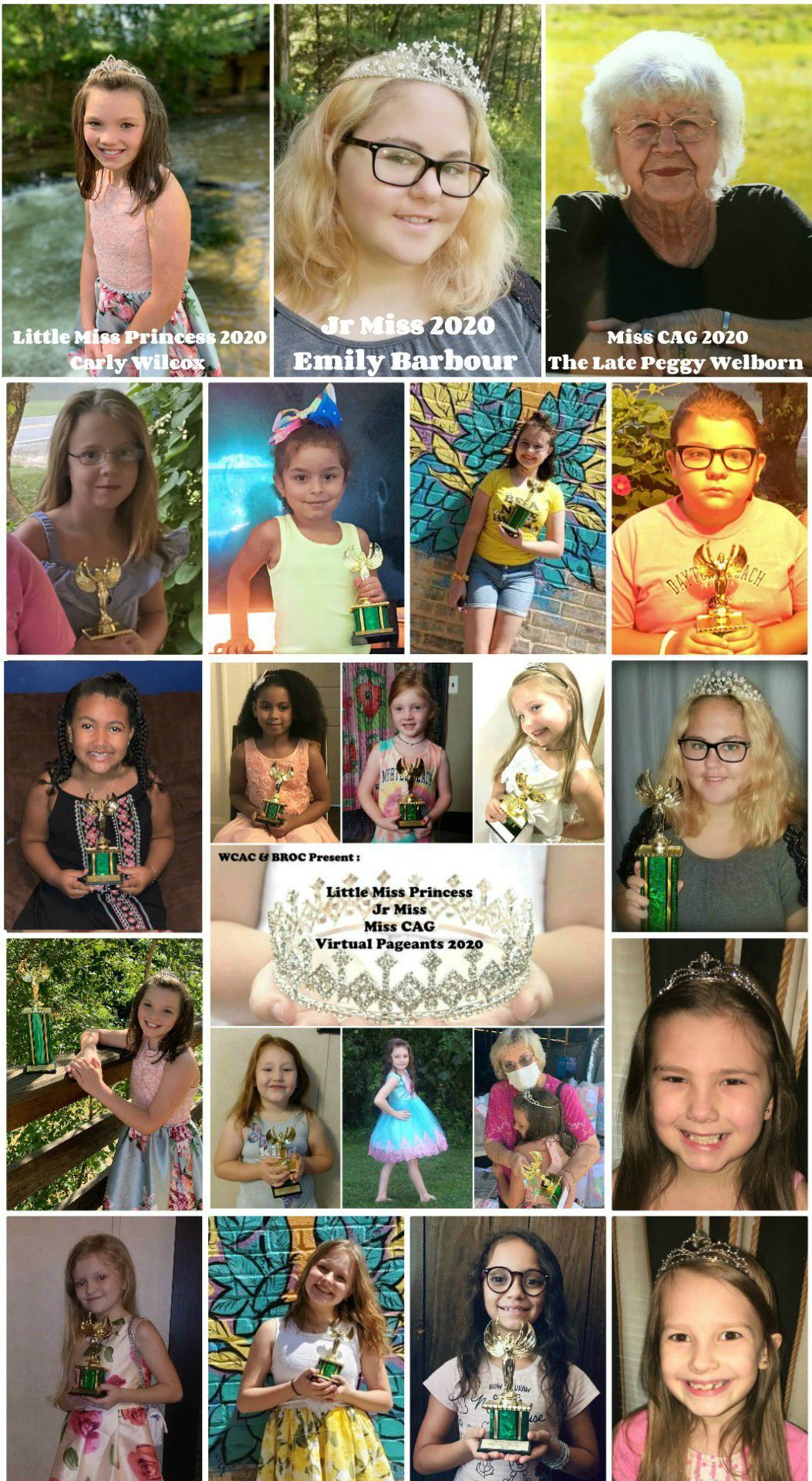 Pictured above are the 2020 WCAC/BROC pageant contestants that were recognized Sept. 4.

Pictured above are the 2020 WCAC/BROC pageant contestants that were recognized Sept. 4.

Over $18,000 was raised this year by contestants of the 39th Little Miss Princess, 44th Miss CAG and 6th Junior Miss pageants sponsored by the Wilkes Community Action Committee.

The pageants are the largest annual fundraising activity of the committee, which is a support arm of the Blue Ridge Opportunity Commission Inc. A total of $18,219.20 was raised by the contestants and through advertising donations.

The winner were announced Sept. 4 during a virtual ceremony on Zoom.

BROC Executive Director Dare Stromer thanked the contestants, their families, friends and businesses for their support. She recognized the local media, volunteers, committee members and staff for making the event happen.

“Everyone puts in many long hours and have done an awesome job in raising funds to help those less fortunate during a very difficult time in raising funds,” she said. “Without each one of you, we could not do what we do for the people of Wilkes.”

Stromer thanked Ann and Alison Crisp for selling ads, assisting contestants, setting up the event and serving as masters of ceremonies.

Carly Wilcox raised $620 to claim the title of Little Miss Princess 2020. She is the daughter of Cameron and Tonya Wilcox of Boomer and was sponsored by family and friends. She received a crown, trophy and gifts from local businesses.

The Little Miss Princess contestants raised $6,594.75. The runners-up were:

• Alexander Ramirez, daughter of Gina Ramierez and Jeremy Gronda of Purlear, was 1st runner-up, raising $541. She was sponsored by family and friends.

Emily Barbour, daughter of Heather Walker of Wilkesboro, won the title of Junior Miss after raising $800. She received a crown, trophy and gifts.

The late Peggy Welborn was memorialized in winning the Miss CAG title. She was sponsored by family and friends and raised 2,831.

Each contestant’s fundraising total was kept secret until the winner were announced at the pageant.