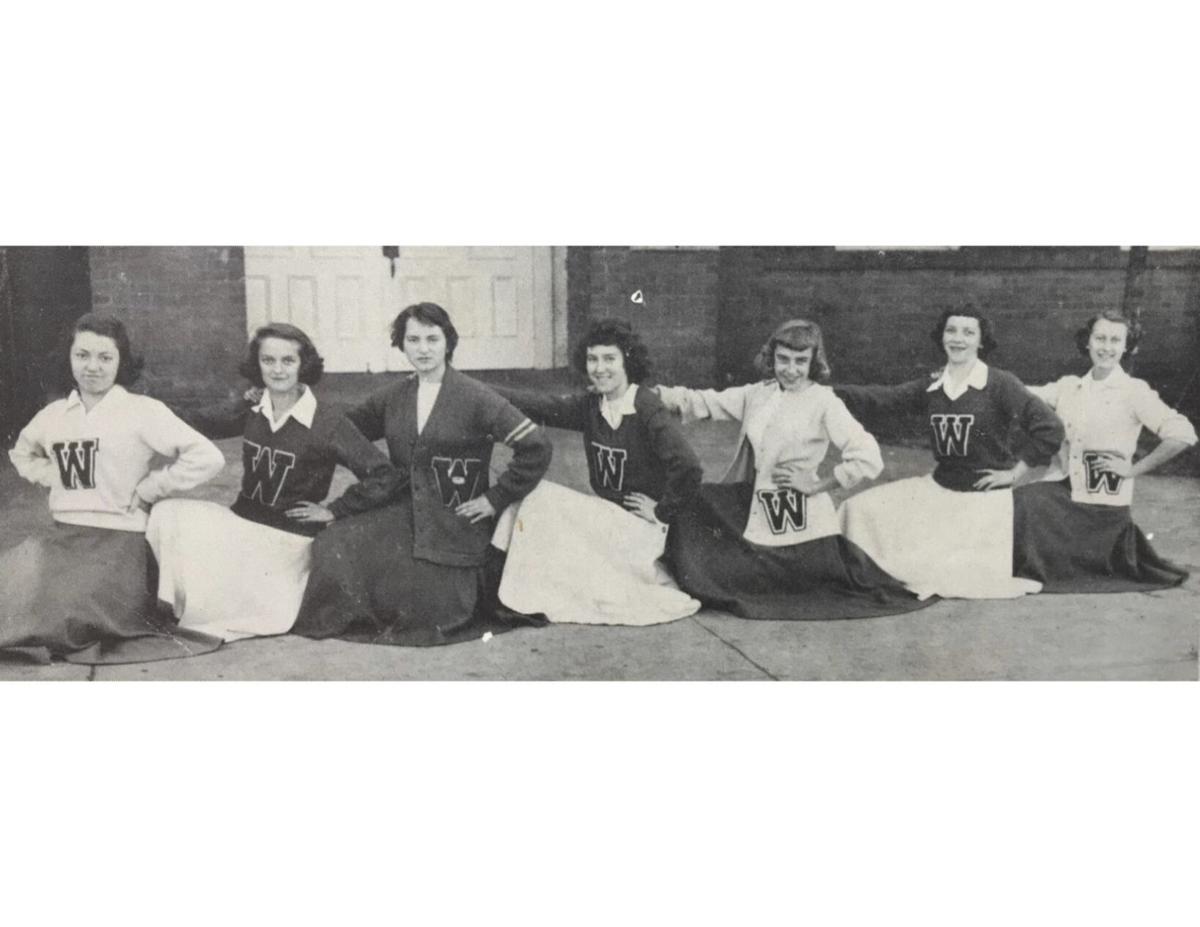 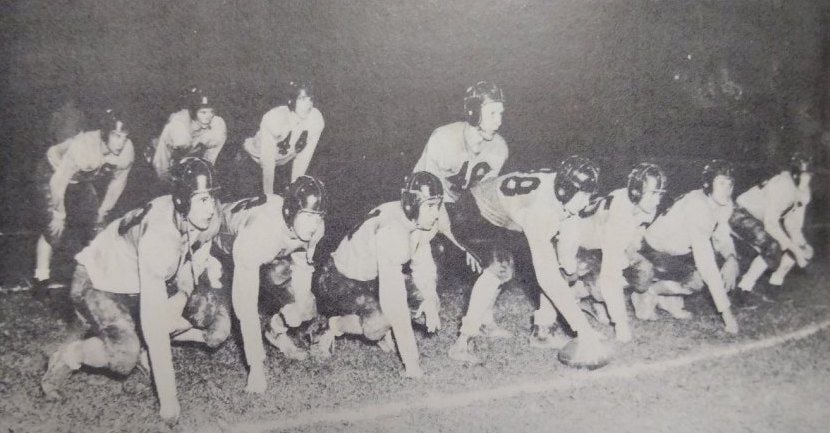 Wilkesboro High School ended a football dynasty in 1950 with the highest scoring squad in North Carolina, racking up 402 points and allowing only 47 during the regular season.

The next year, athletes from Wilkesboro, North Wilkesboro and Ferguson high schools played together as the first Wilkes Central High School team. Marvin “Red” Hoffman was successful as Wilkesboro’s football coach in the 1948, 1949 and 1950 seasons and continued this at Wilkes Central, where he remained until retiring in 1976.

Hoffman’s 1950 team was undefeated before tying Mount Airy High 7-7 in the post-season Apple Bowl at North Wilkesboro’s Memorial Park, a game that drew well over 3,000 people.

The second game of the 1950 season, on Sept. 22 against Sparta High School, is memorable primarily because of one play. Wilkesboro was well ahead of Sparta and Hoffman was freely substituting when Sparta quarterback Joe McMillan connected with halfback George Heinz on a 20-yard pass.

Heinz had an apparent clear path to the goal line when he was tackled by Bob Parker, Wilkesboro’s big linebacker and center. The problem was, Parker was on the sidelines and out of the game then. Referee Johnny Hollars of Boone figured out that Wilkesboro had too many players on the field and gave the touchdown to Sparta. Wilkesboro defeated Sparta 53-6.

McMillan has lived in Wilkesboro for decades and in 2000 helped organize a reunion of members of the Wilkesboro and Sparta football teams in 1950. The second reunion was held in 2010. At the 2010 reunion, McMillan indicated optimism for memories fading enough by 2020 to convince the Wilkesboro faithful that Sparta actually won.

Although Parker, Heinz and most of the other members of the two teams are deceased, the third reunion is set for noon on Tuesday, Sept. 22, at Cagney’s Kitchen of Wilkesboro. Bill Anderson, former Wilkes County sheriff and a manager of the 1950 Wilkesboro team, and McMillan are the primary organizers. D.W. Miles of Sparta also plans to attend. He snapped the football to McMillan as Sparta’s center, while Miles pitched and McMillan was the catcher on the Sparta baseball team.

Parker once said in an interview that when Heinz came streaking down the sidelines directly in front of him in the 1950 game, his commitment to holding the Yellow Jackets scoreless was too strong for him to resist making the illegal tackle. The Wilkesboro co-captain was named all-state that year and later played at Appalachian State Teachers College (now Appalachian State University).

The late Junior Groce, who scored one of the touchdowns for Wilkesboro against Sparta in 1950, jumped off the sidelines and tackled a runner about to score in the East-West high school all-star game without getting caught. Hoffman said a similar incident occurred years later when one of his Wilkes Central teams was playing Newton-Conover High School.

In 1949, Wilkesboro was the second highest scoring team in the state. It had two losses, including by 10-6 to Children’s Home in Winston-Salem. Wilkesboro’s one loss in 1948 ended a 20-game winning streak.

The Ramblers were undefeated and untied in a 10-game season in 1947, despite several close contests. This was Eddie Adelman’s only year as Wilkesboro coach.

Hoffman became Wilkesboro’s coach in time for the 1948 season, just after graduating from Appalachian. He was in the U.S. Army during WWII and escaped from a German prisoner of war camp. Hoffman had worked with the Wilkesboro team when it came to Appalachian for a week of practice, and he liked what he saw. Both schools ran the split-T offense.

The first Wilkes Central High School was constructed in 1950 by the county and only housed students from Wilkesboro until Wilkesboro, North Wilkesboro and Ferguson high schools were fully consolidated in 1952-53. Wilkesboro High School was where the Johnson J. Hayes Federal Building is now on Main Street.

Areas of fog early, then partly cloudy in the afternoon. High 76F. Winds light and variable.