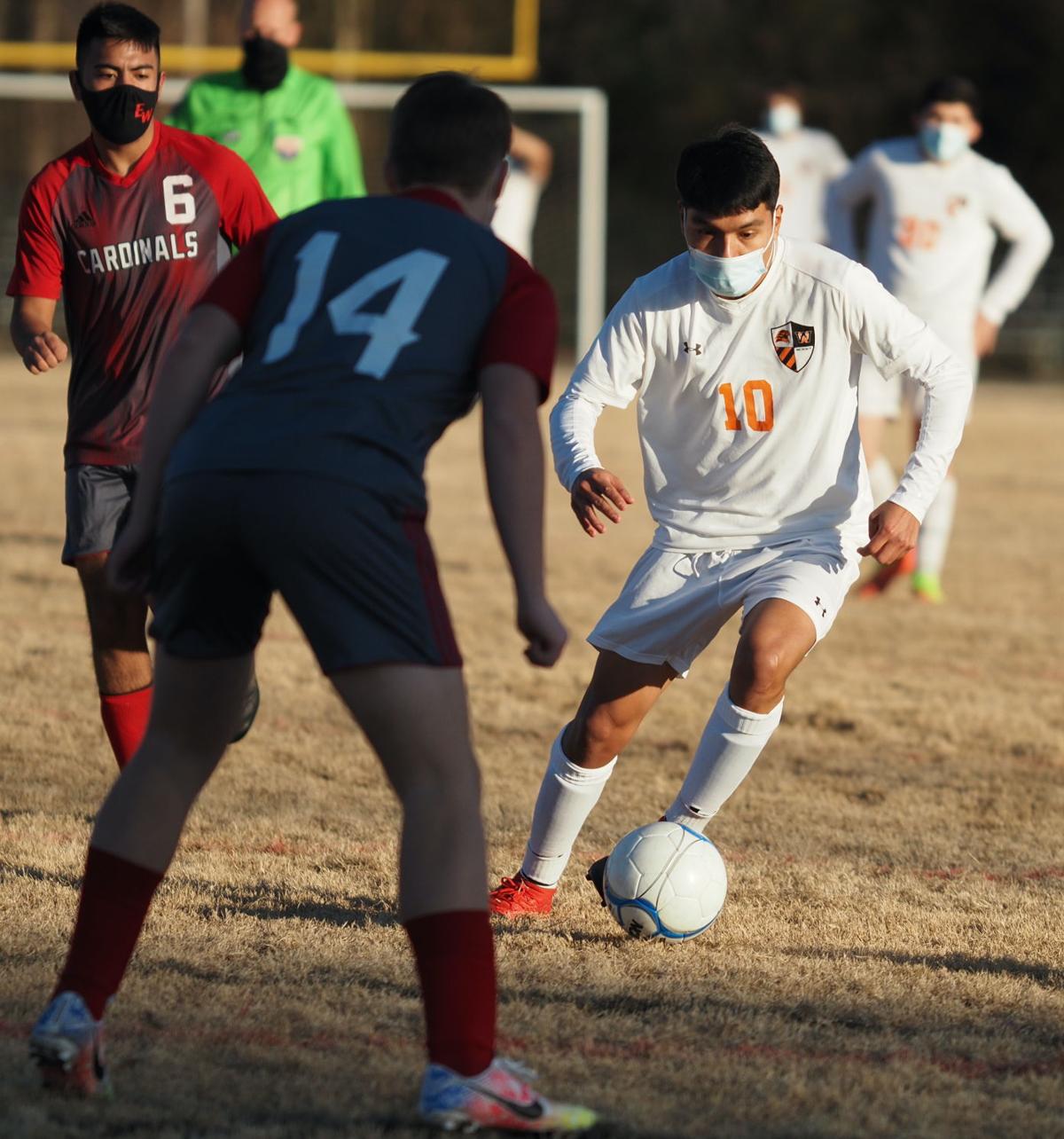 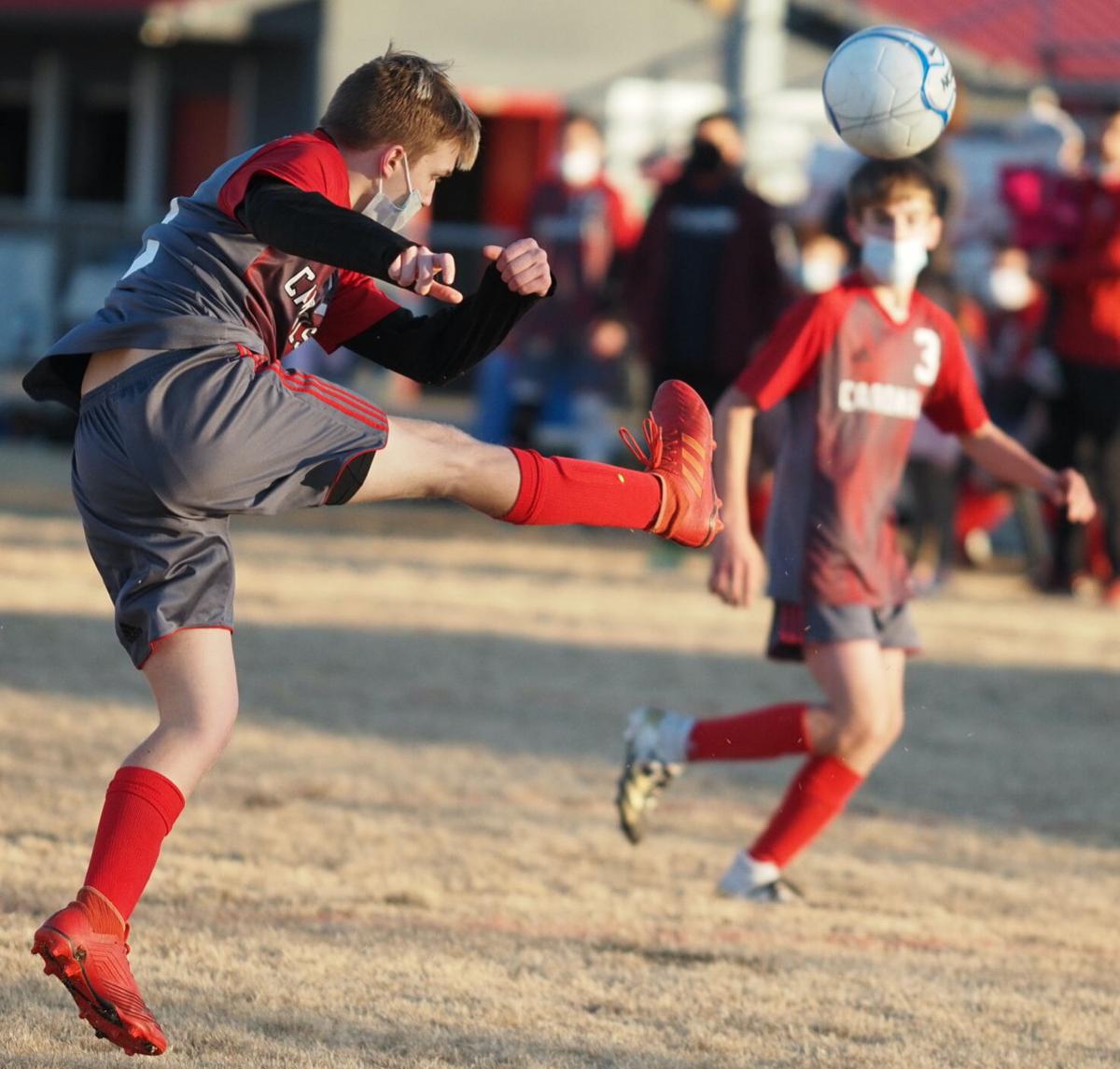 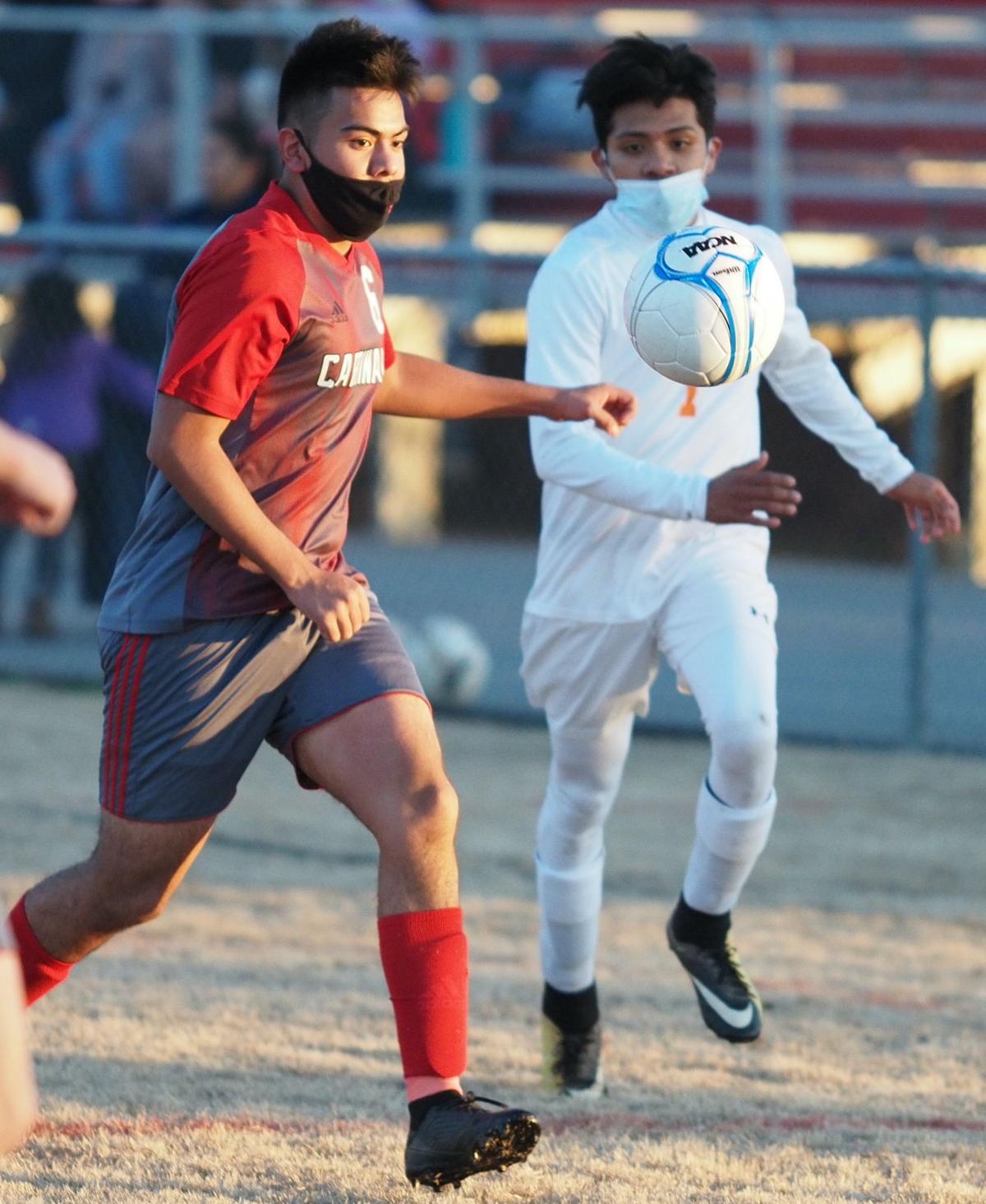 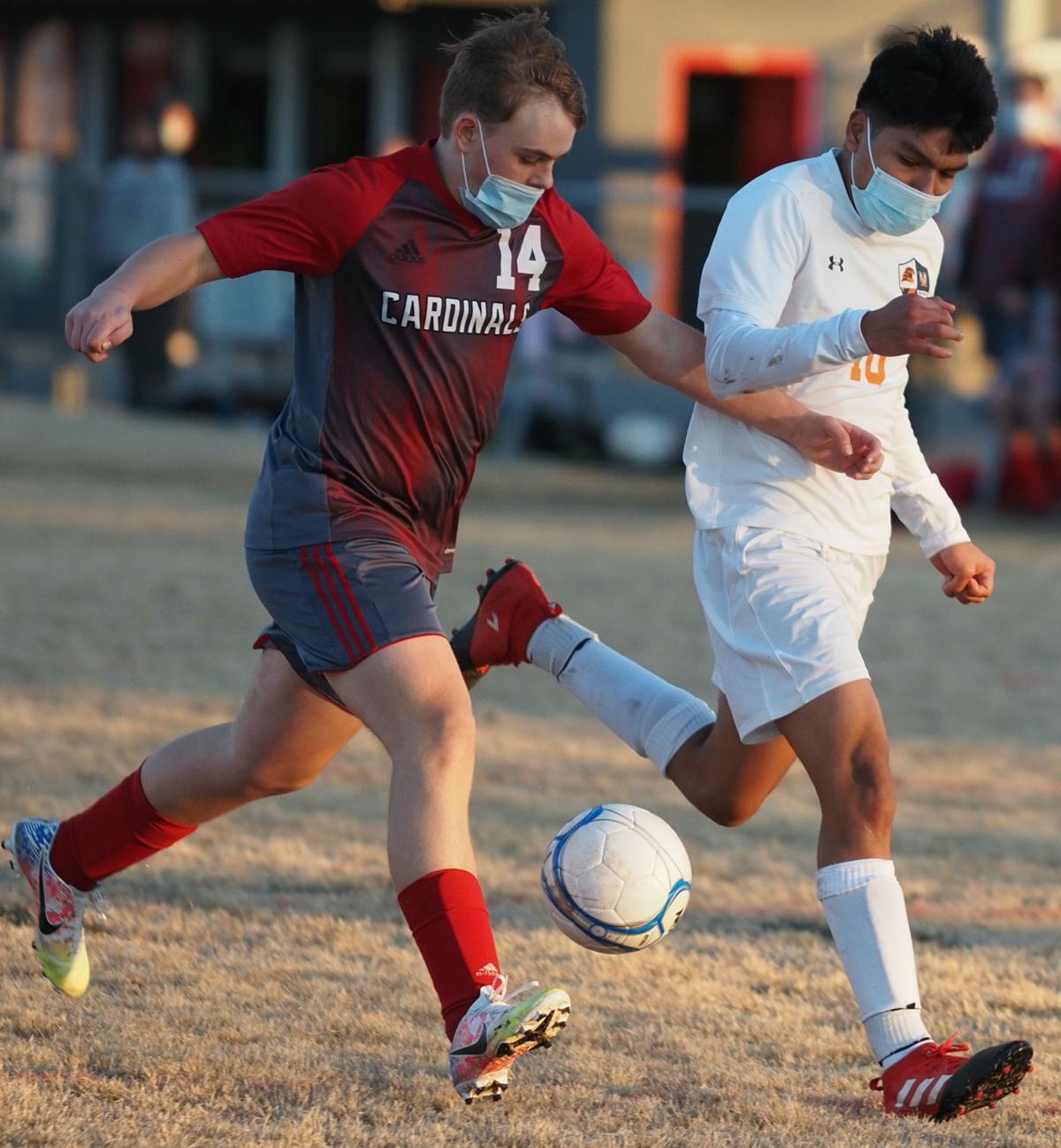 The West Wilkes soccer team, a squad on the cusp of a berth in the 2A state playoffs, edged East Wilkes, 2-1, in Ronda on March 2.

“I thought we played well and controlled the game for most of the contest,” said Quintin Parsons, the West assistant coach. “We also missed some good chances to score.”

The only goal before halftime occurred when West sophomore forward Alexi Ramires took the ball near midfield and outraced the East defense before unloading a 15-yard shot that found the back of the net. The score came with 29:20 left in the first half.

In the second half, Ramires played a through ball and then booted it by the Cardinal goalie into the bottom right corner of the net for a 2-0 West lead.

The Cardinals notched their lone goal with about 10 minutes left in the game. Senior Adalian Ventura-Trinidad scored on an unassisted play.

With their fifth straight win, the Blackhawks improved to 6-2 in Mountain Valley 1A/2A Athletic Conference play and remained a game and a half ahead of Ashe County (5-4) for the league’s lone 2A state playoff berth.

West Wilkes tied Ashe County, 2-2, in a matchup with playoff implications in West Jefferson on Monday.

The Huskies opened the scoring 27 minutes into the game, but the Blackhawks answered right back a minute later when sophomore attacking midfielder Moses Reyes scored from outside the box after a throw-in by freshman defender Aiden Miller.

Thanks to Reyes’ score off Miller’s assist, the match was deadlocked 1-all at the break.

Eight minutes into the second half, Ashe took a 2-1 lead. Later, with eight minutes left in regulation, West tied it up when senior defender Roman Perez scored after a corner kick by sophomore forward Daniel Ramires.

Neither team managed to score during two 10-minute overtime periods.

With the tie, the 6-3-2 Blackhawks maintained a half-game lead over the 6-4-1 Huskies in the race for the MVAC’s 2A playoff spot. West can clinch that berth with a home victory Wednesday against North Wilkes or an Ashe loss Wednesday at league-leading Starmount.

The Cardinals’ first half goal came when senior Jorge Lopez passed the ball from the midfield to senior Dylan Ward, who was in the striker position.

”I believe Dylan actually lost possession approaching the goalie box and the Elkin player that took possession attempted to pass to their goalkeeper,” recalled East Coach Avery Wallis. “(The ball) somehow made its way past the goalkeeper and into the goal.”

League-leading Starmount got two first-half goals in a 2-0 shutout of West Wilkes in Millers Creek on Thursday.

Freshman Christian Maya and sophomore Pablo Alvarez had goals for the Rams, who improved to 10-1 with their fourth straight win. Juniors Johnathan Maya and Said Loeza-Toleno assisted on the two scores.

The Blackhawks had five shots on goal, all of which were saved by senior Gregory Tulbert.

West slipped to 6-3-1 and remained a half-game ahead of 6-4 Ashe County in the race for the MVAC’s 2A playoff berth.

West Wilkes forged a 0-0 tie with host Elkin on March 3.

“We played good, and there weren’t many great chances to score in the game,” noted Blackhawk assistant coach Quintin Parsons. “It was an overall good game and gives us confidence going into our last three games.”

After the scoring standoff, the second-place Buckin’ Elks were 8-2-1 and the third-place Blackhawks stood at 6-2-1.

A couple of first-half goals were enough for league-leading Starmount to hold off North Wilkes in Boonville on March 3.

Juniors Brayan Rodriguez and Johnathan Maya had goals for the Rams, who improved to 9-1 in MVAC play with the 2-0 victory. The scores were assisted by Brandon Ocampo and Pablo Alvarez.

The Vikings dropped to 3-6 with the loss.

Ashe County took a 3-1 decision over East Wilkes in West Jefferson on March 3.

Sophomore Dylan Short found the net twice for the Huskies. Alex Luna, a senior, had a goal and assist for Ashe and senior Cristian Ramos assisted on the other goal.

East sophomore James Cook scored in the second half on a volley off of a corner kick against senior goalie Roberto Acevedo-Rojo, who had two saves. Ashe senior Ramces Lopez had three saves in the first half.

The Huskies bettered to 6-4 in MVAC while the Cardinals descended to 2-7.

A few clouds from time to time. Low 46F. Winds light and variable.

Partly cloudy skies during the evening will give way to cloudy skies overnight. Low near 55F. Winds light and variable.