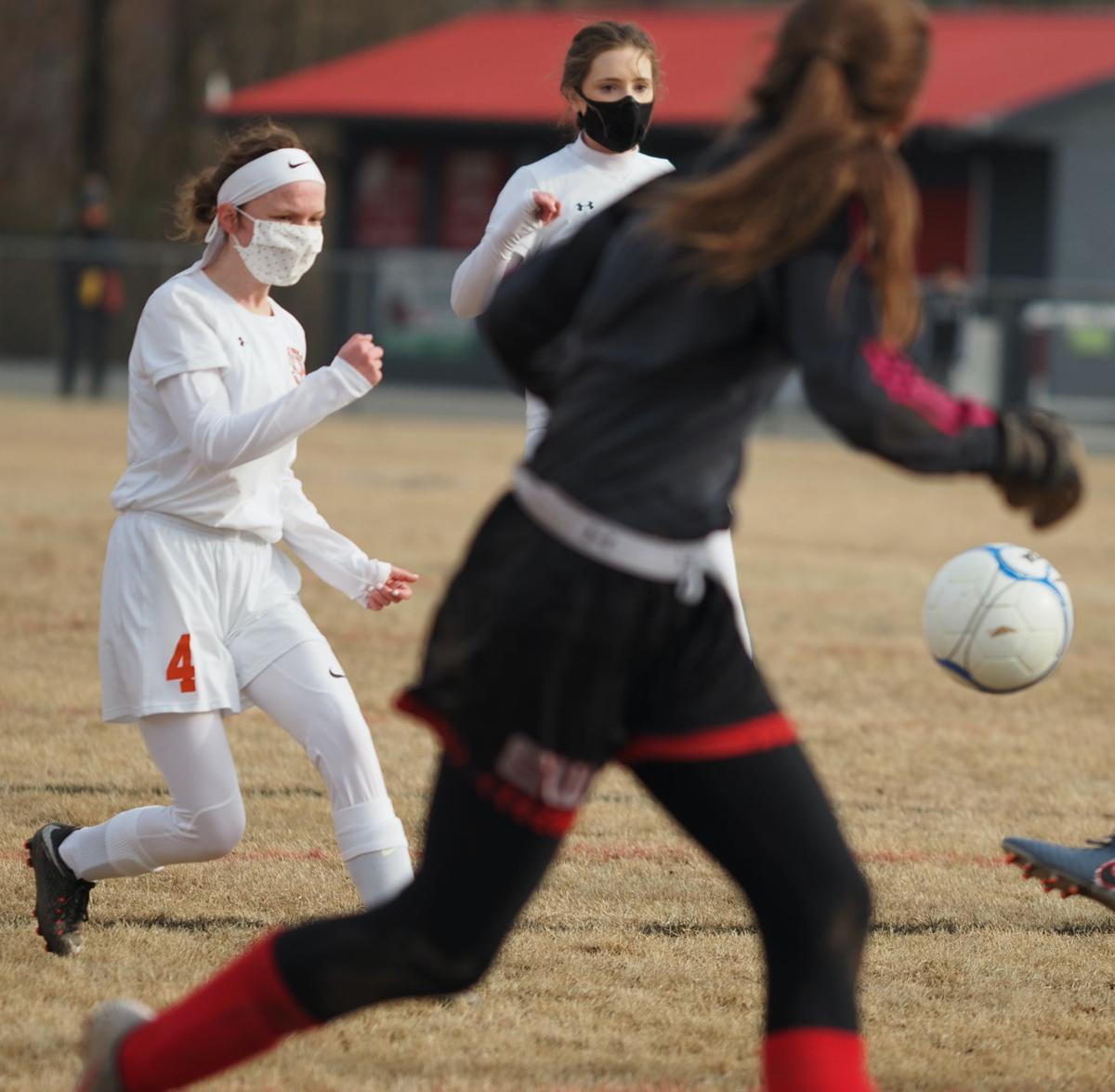 West Wilkes sophomore Ivy Bledsoe blasts the ball into the back of the net for the first goal in West’s 2-0 win over East Wilkes in Ronda on March 16. 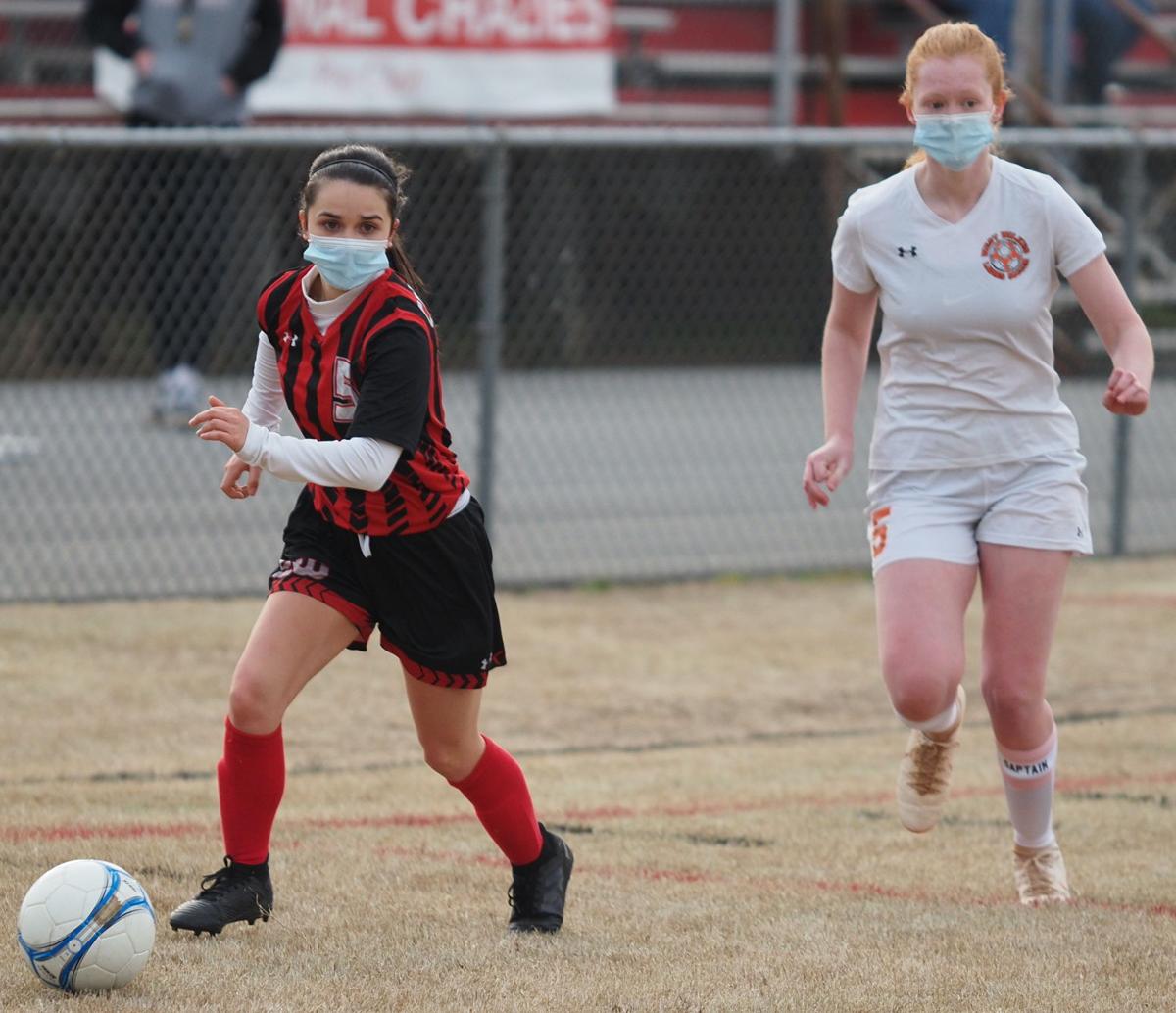 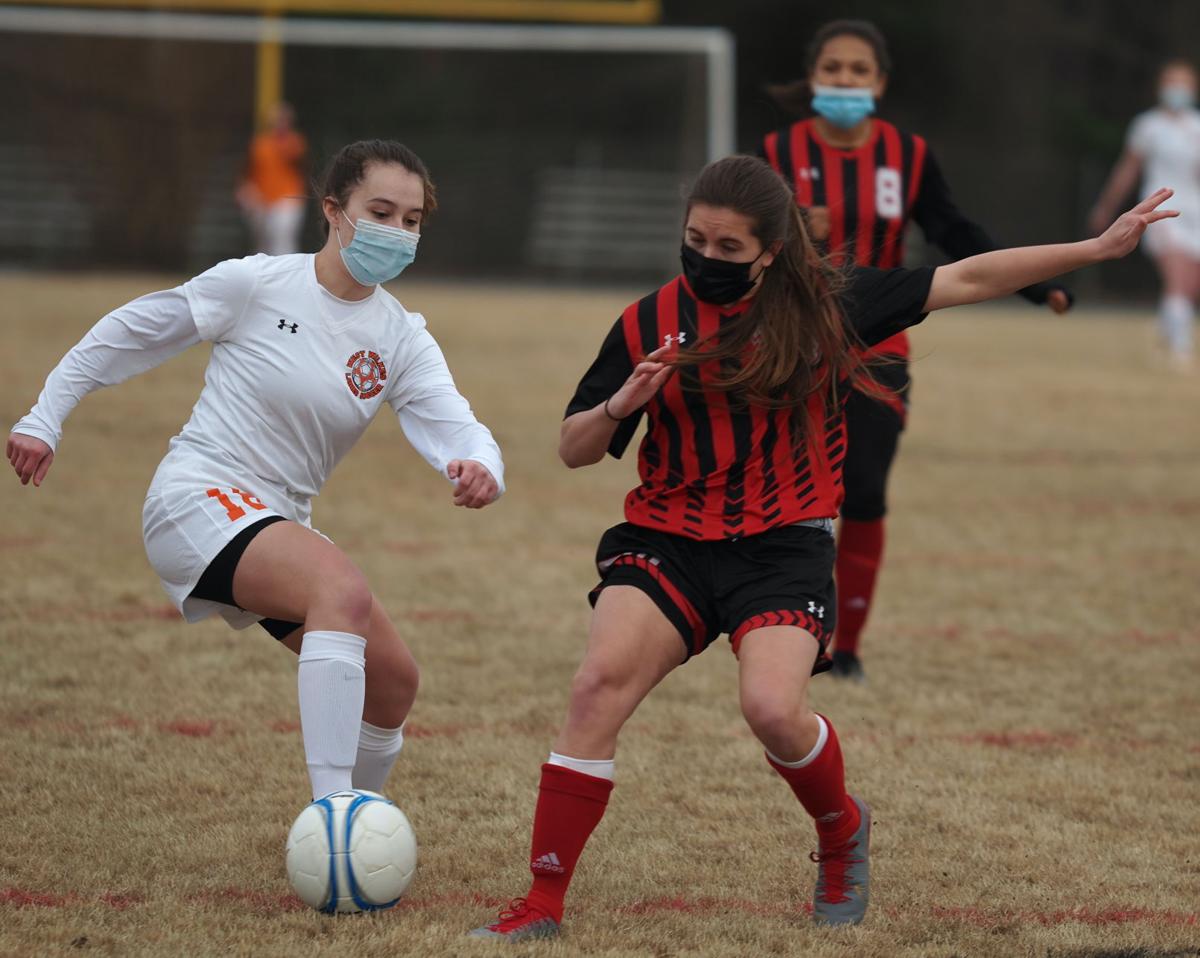 West Wilkes sophomore Ivy Bledsoe blasts the ball into the back of the net for the first goal in West’s 2-0 win over East Wilkes in Ronda on March 16.

Ivy Bledsoe and Brooke Greene scored goals in each half of West Wilkes’s 2-0 decision over East Wilkes in Ronda on March 16. It was the Mountain Valley 1A/2A Athletic Conference opener for both clubs.

“I was proud of the effort our girls put forth, especially being the first game of the season,” said West Coach Wesley Golds. “We did some things really well and know some more about who can play where and what we need to improve on.”

Bledsoe, a sophomore, connected in traffic with 22:14 left in the first half. Junior Maddie Stilley got in behind the Cardinal defense and delivered a shot on goal that was blocked by East goalie Kaleigh Couch. Bledsoe then scored on the rebound.

Greene, a junior, found the back of the net in the first 20 minutes of the second half. After East committed a foul about 25 yards away from goal, Greene’s free kick from the left side went over the keeper’s head and dropped in off of the far post.

Alleghany scored three times in the second half of a 3-0 shutout of North Wilkes in Sparta on Monday evening.

The Trojans evened their MVAC mark at 1-1 while the Vikings fell to 0-2.

Wilkes Central moved to 2-0 with a 9-0 decision over East Wilkes at Lowe’s Park at River’s Edge in Wilkesboro on March 17.

The Eagles scored eight times in the first half and coasted to victory in the second half over the Cardinals (0-2). Anna Rollins, Addisen Freeman and Makenna Freeman each had two goals for the Eagles.

“After a delayed start from the scheduled time, our ladies picked up where they left off (after shutting out North Wilkes on March 16),” said Matt Matthews, the Eagle coach. “We were able to control the pace of play and subsequently score. Our focus was to have a better focus on disciplined passing and ball movement.

“To our excitement, we saw an increased focus on finding feet and moving the ball around the field. Our girls’ work ‘off the ball’ was excellent and this will help us as we improve as we move forward.”

The Eagles are tied with Ashe County at the top of the MVAC standings.

West Wilkes and Elkin battled to a 0-0 tie on March 17 in Millers Creek.

The Blackhawks had 12 shots on goal but none found their target in 100 minutes of action.

West sophomore Morgan Wood had six saves in as many opportunities.

After the deadlock, West and Elkin both stand at 1-0-1, tied for third place in the MVAC.

Wilkes Central pounded North Wilkes, 12-0, in the season opener for both clubs in Hays on March 16.

“We all begin the 2021 season remembering the time, energy and development that our Coach Jim Caudill has given each of us,” said Central Coach Matt Matthews of the Eagle coach who died April 23, 2020. “We want to honor his gifts to us with disciplined growth and work.”

The Eagles struck quickly against the Vikings, with Anna Rollins finding the back of the net in the second minute. “We did a very good job developing the ball up the field, playing a controlled game of soccer,” noted Matthews. “We are very excited about what we saw in the girls as an entire unit as they worked the ball up the field, finding good passes and opportunistic goals.”

Matthews continued, “We opened the season with a strong start with some familiar faces and some really great freshmen additions. We look forward to continued growth this season as we grow together as a new team.”

Some clouds early will give way to generally clear conditions overnight. Low around 35F. Winds WNW at 10 to 15 mph.

Partly cloudy in the evening. Increasing clouds with periods of showers after midnight. Low around 45F. Winds light and variable. Chance of rain 40%.