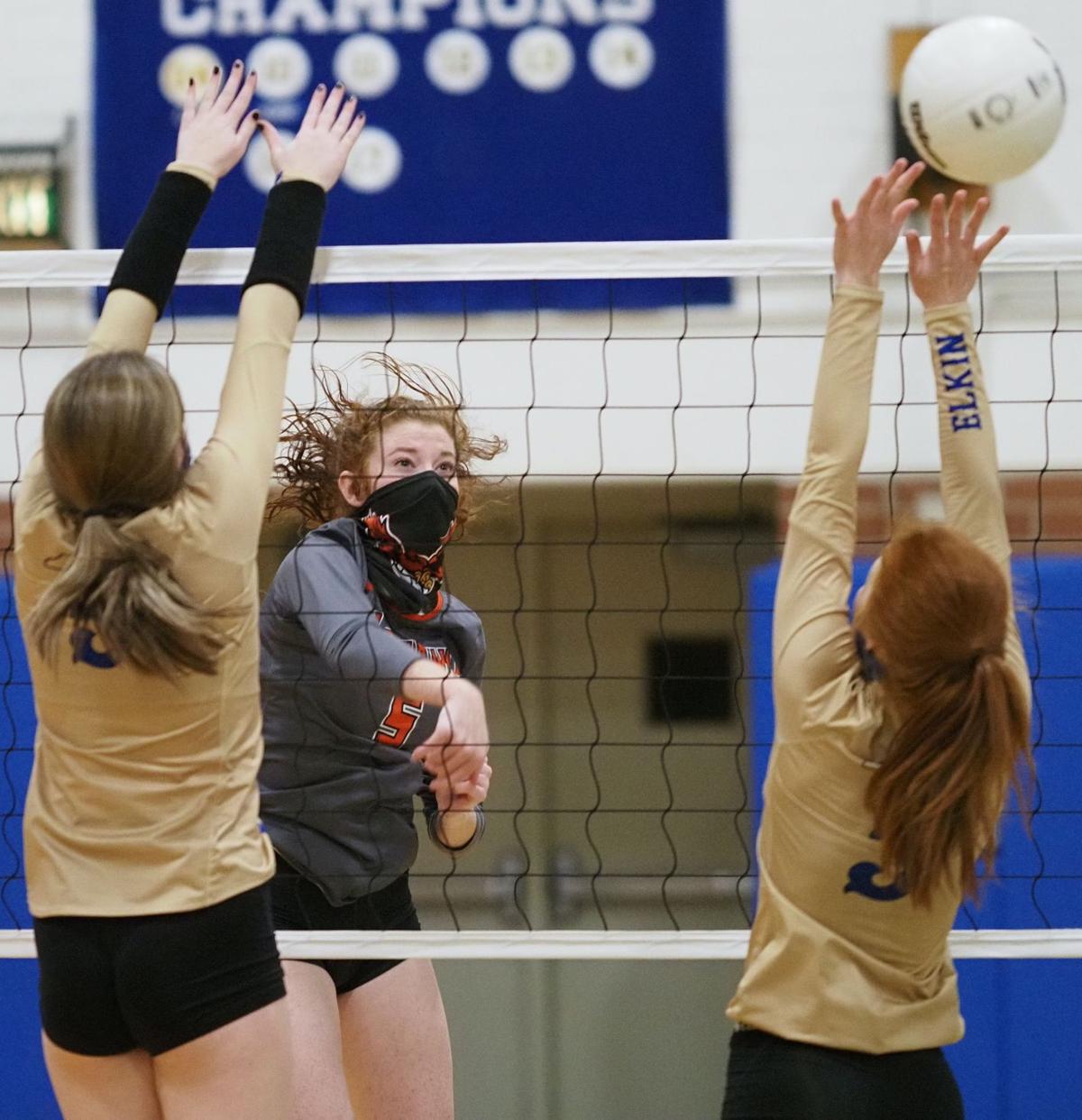 West Wilkes senior Gracie Lambert hammers home one of her nine kills at Elkin on Dec. 30. Defending on the play are Monica Bridgeman, left, and Audrey Jennings. 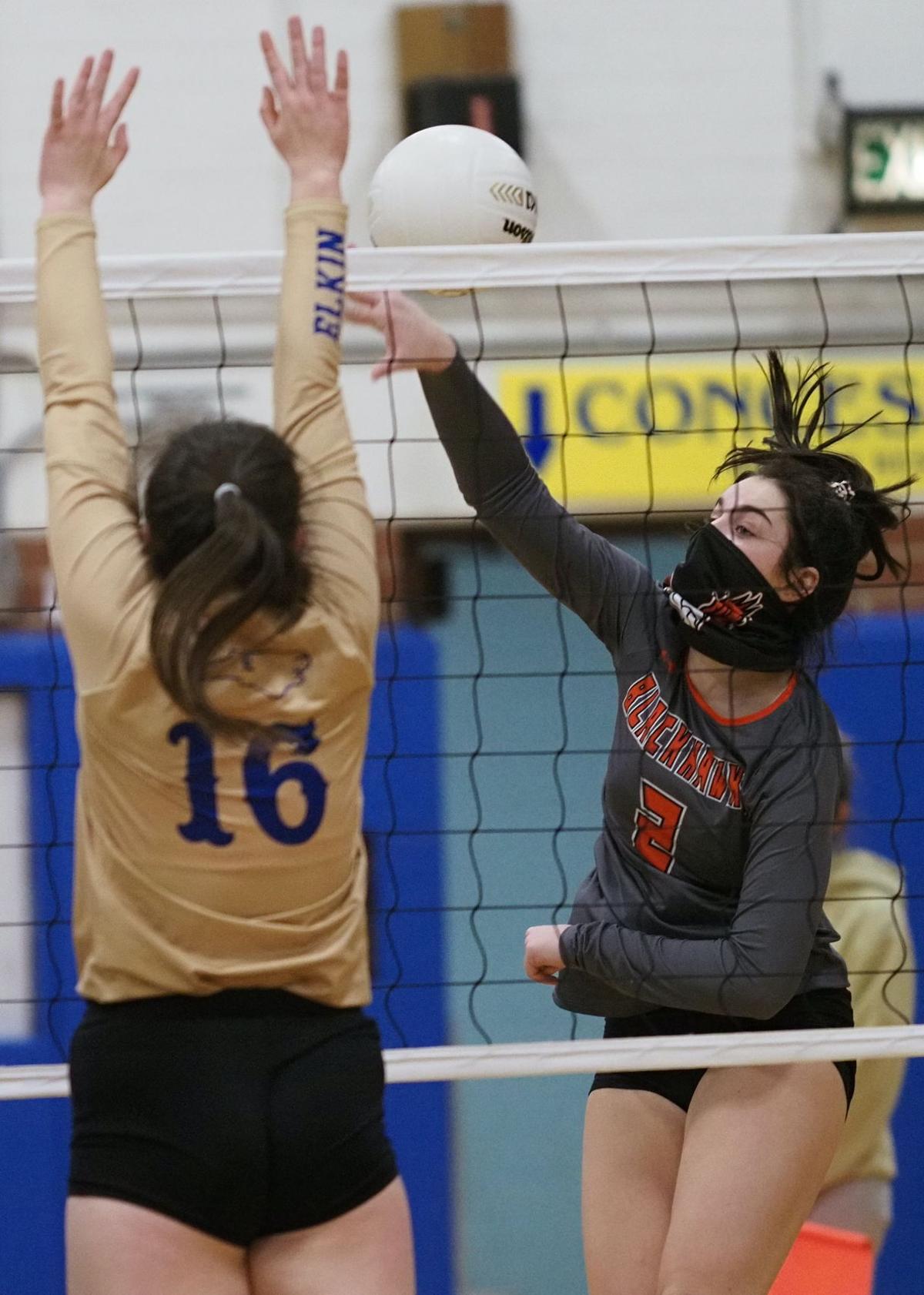 West Wilkes senior Gracie Lambert hammers home one of her nine kills at Elkin on Dec. 30. Defending on the play are Monica Bridgeman, left, and Audrey Jennings.

The Buckin’ Elks went toe-to-toe with the visitors in the first set, but West closed out the set with a kill by senior hitter Cheyenne Clonch and a service ace by junior hitter Carson Ledford.

Clonch paced the Blackhawks with 14 kills and six blocks and was selected by Bryan as his player of the match.

Behind the service of senior setter Jamesyn Bell, West raced out to a 4-0 lead in the second set and never looked back. Bell led the Blackhawks with 32 assists.

In set two, a kill by junior hitter Sydney Sheets made it 8-2 and led to an Elkin timeout. With Bell again in service, an Elkin hitting error forced Coach Jon Symons to take another timeout with his club trailing 15-6.

West ended the second set with a Sheets kill, a Clonch kill and another scoring spike from Clonch from deep mid-court.

The third set started with an Elkin service error and quickly went downhill for the hosts, as West, with Bell in service, zoomed out to a 6-0 lead. A Ledford kill prompted another Elkin timeout.

Later in the set, a Ledford ace made it 13-1 and forced Symons to signal for another stoppage of play. Ledford had a game-high five service aces.

West’s lead grew to 18-1, and from there it was smooth sailing and wholesale substitutions for Bryan’s club. The game ended on kills from Ledford, Clonch and Ledford.

West closes out its regular season by hosting North Wilkes on Wednesday. Bryan said, “We must stay focused this week to complete our conference schedule. We cannot take any team lightly.”

"I felt we played well in spurts against a solid Starmount team, and did just enough to come out with a win," said Kevin Anderson, the Central coach. "We talked prior to the match and told the girls we needed them to step up and be leaders, and we saw that in some tonight."

Anderson said his club served really well and made a couple defensive adjustments that led to better offensive sets for his hitters.

"It’s really good to see the girls want to finish out our season strong and on a positive note," he said. "I’m really proud of our seniors and for them showing the underclassmen what focus, intensity, hustle and positive attitudes it takes to stay competitive. It was a great win on the seniors' actual last home volleyball match."

North also dropped a 3-1 decision to Starmount in Boonville on Dec. 30.