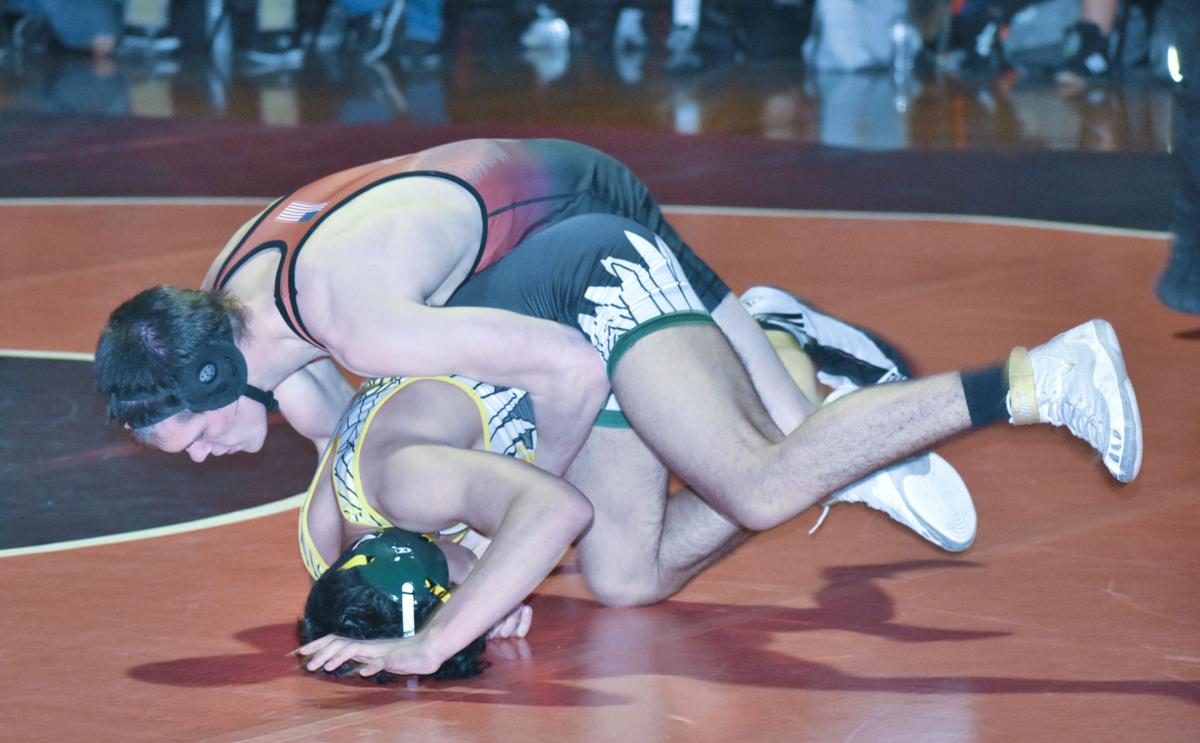 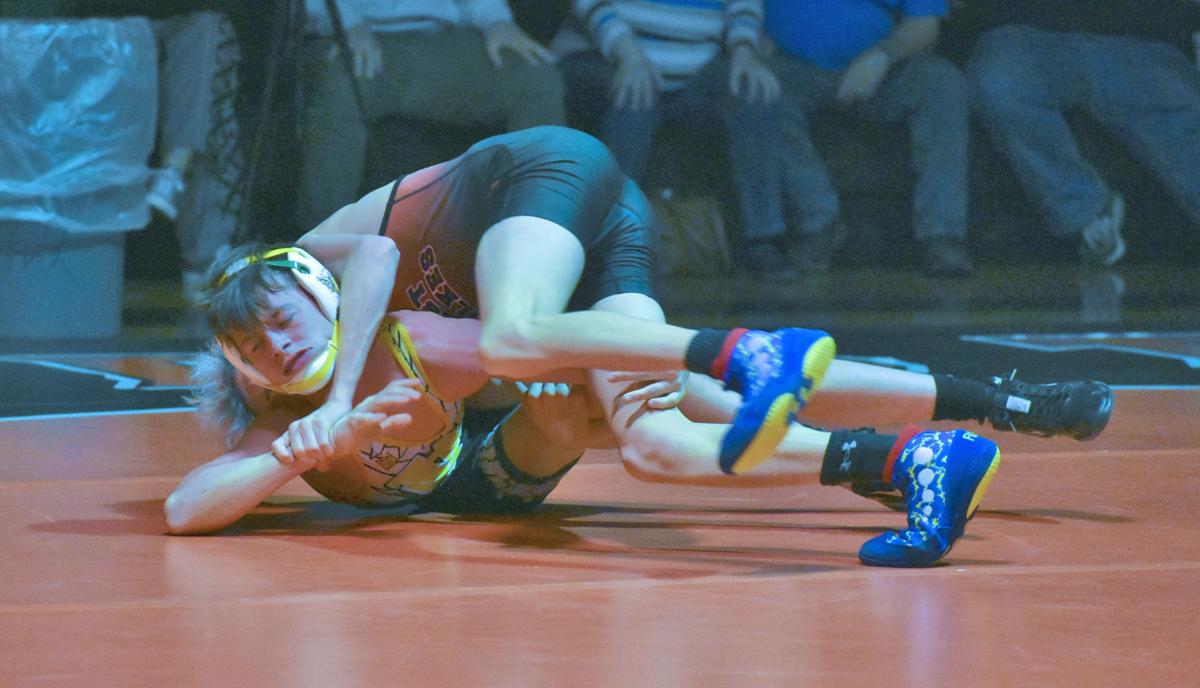 The match was an entertaining one, with numerous tight matches throughout, but as has been the case for most of this season, West Wilkes’ strength in all weight classes shone through.

“It’s a total team effort and it’s nice to send the seniors out this way,” said West Wilkes Head Coach Kelly Nichols. “It’s gratifying to see all the hard work these guys have put in pay off. It’s something no one can take away from them.”

The match opened with a Garrett Shumate pin in the first 30 seconds for West Wilkes at 195 pounds, giving the Blackhawks a 6-0 lead. Dallas Rash wrestled Jahad Martin at 220, with Rash dominating the match, earning a technical fall by a 15-0 score.

Senior Parks Kilby stepped up at 285 pounds for West Wilkes on senior night and scored a victory by pin, increasing the Blackhawks’ lead to 17-0 through the first three bouts.

Wilkes Central Tyler Holland improved his season record to 31-1 with an impressive 8-0 major decision over West’s Riley Shaw at 106 pounds to put the Eagles.

The sophomore controlled the first period with an early takedown and rode out the period, taking a 2-0 lead into the second. Holland took the down position in the second period and was awarded a penalty point when Shaw locked hands.

Down 3-0, Shaw chose a neutral position to start the third period but Holland took the advantage when he scored another takedown. Holland sealed the win with three near fall points and emerged victorious with a major victory.

West’s Uriel Federico, Landon West and Caleb Roland all scored victories by different methods — a technical fall, a forfeit and a pin, respectively — ballooning the West Wilkes lead to 34-4.

Wilkes Central (7-11, 3-4) would respond by taking the next three matches, thanks to pins by Corben Call and Russell Ames and an injury default victory by Tradin Allen. Central’s run of victories cut the ’Hawks’ lead to 34-22.

“My kids gave me all they had and that’s all I can ask. West Wilkes is a good team,” said Wilkes Central Head Coach Mike McCann. “I’ve asked a lot of my seniors, to be leaders in the wrestling room, and at matches and I’m proud of them. I’m very proud of the leadership they have shown.”

The Eagles would get no closer as the Blackhawks took the final four matches.

West’s John Shepherd and Central’s Nick Hartley faced off at 170 pounds — the final contested bout of the match.

The match was an excellent one with both wrestlers staying defensive in the first period as it remained 0-0.

In the second period, Shepherd choose the down position and immediately escaped to get on the scoreboard at 1-0. Shepherd followed the escape with a quick takedown, but could not capitalize for near-fall points, keeping the score 3-0 going into the third.

Hartley, down 3-0, took the down position and scored an escape in the first 30 seconds of the third to cut the lead to 3-1.

In the final five seconds, Hartley seemed to have scored a takedown to tie the match at three, but was not awarded the takedown by the match official as the buzzer sounded, giving Shepherd a hard fought win by decision.

The match was the last conference match for both squads as they’ll turn their attention to the MVAC tournament, which takes place on Saturday at East Wilkes High School. The action is slated to begin at 9 a.m.

West Wilkes clinched the MVAC’s 2A dual team playoff bid and is in line to host a North Carolina High School Athletic Association playoff match on Tuesday. Official pairings are expected out this coming weekend.

A few clouds. Low near 35F. Winds light and variable.

A few clouds. Low near 35F. Winds light and variable.

Partly cloudy in the evening. Increasing clouds with periods of showers after midnight. Low 42F. Winds light and variable. Chance of rain 40%.

Some clouds early will give way to generally clear conditions overnight. Low 21F. Winds N at 5 to 10 mph.