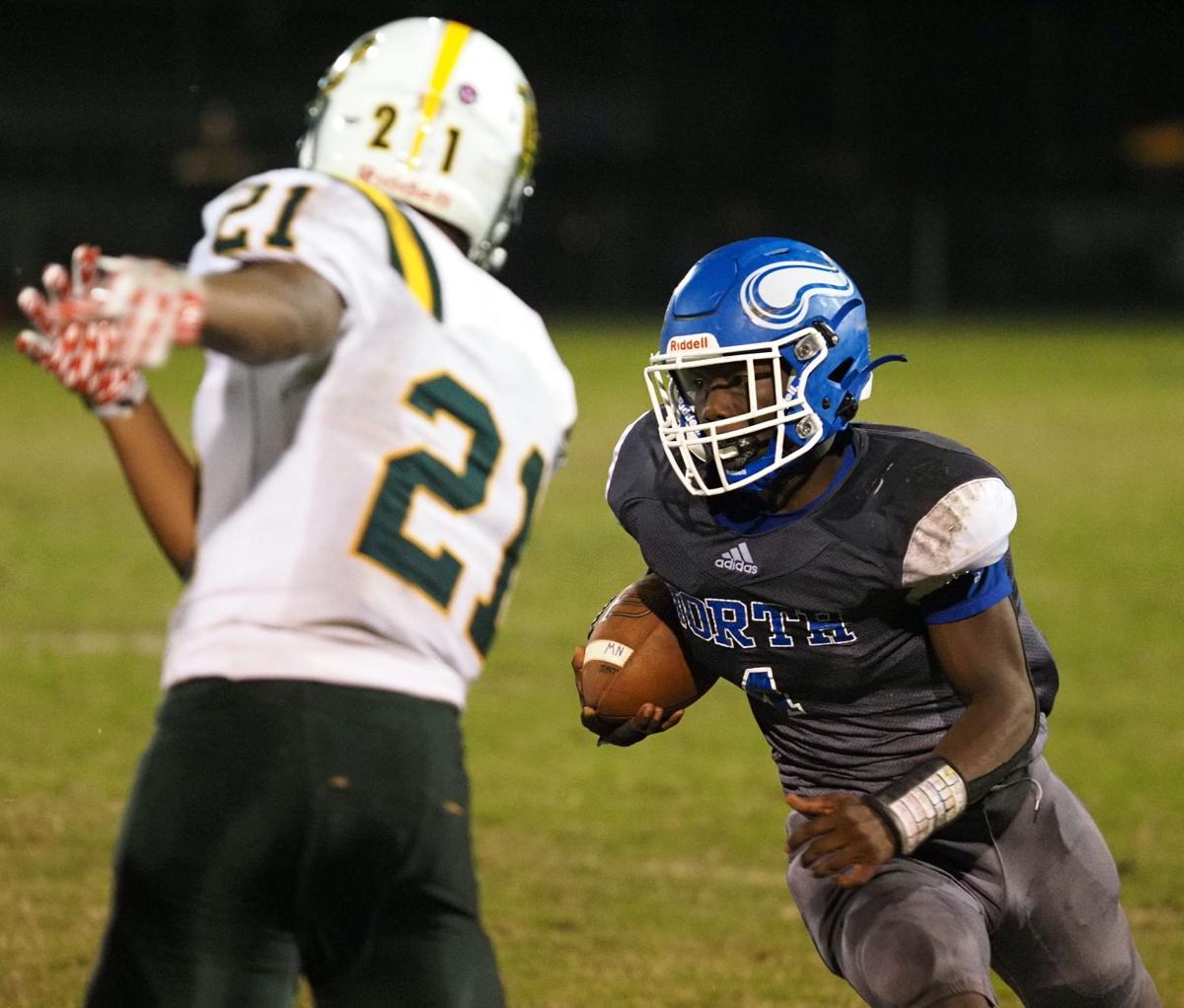 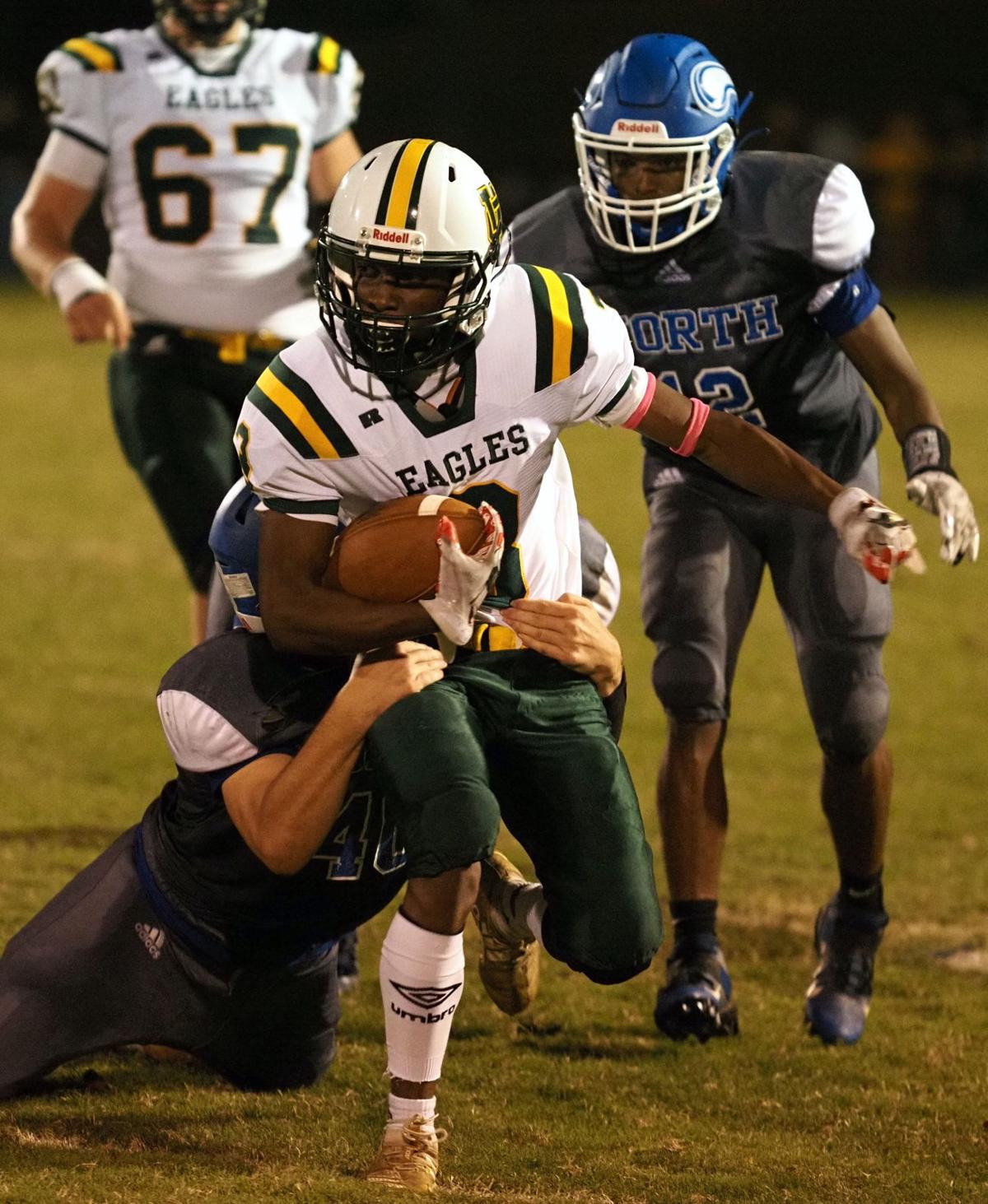 Wilkes Central senior Terry Hayes struggles for yardage after being wrapped up by North’s Zane Shew. Trailing on the play are North’s Samuel Panneton (12) and Central’s Macklynn Harper (67). 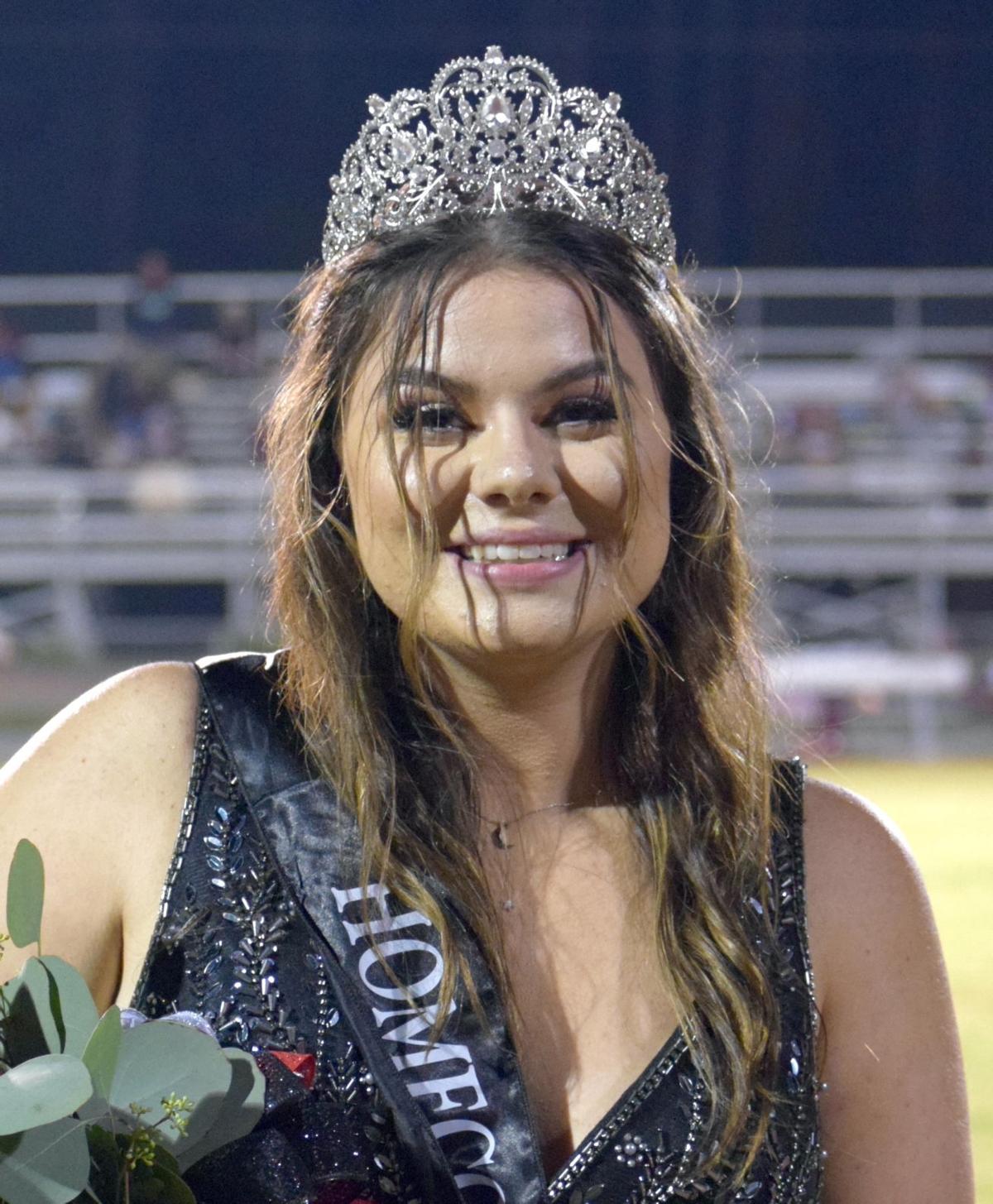 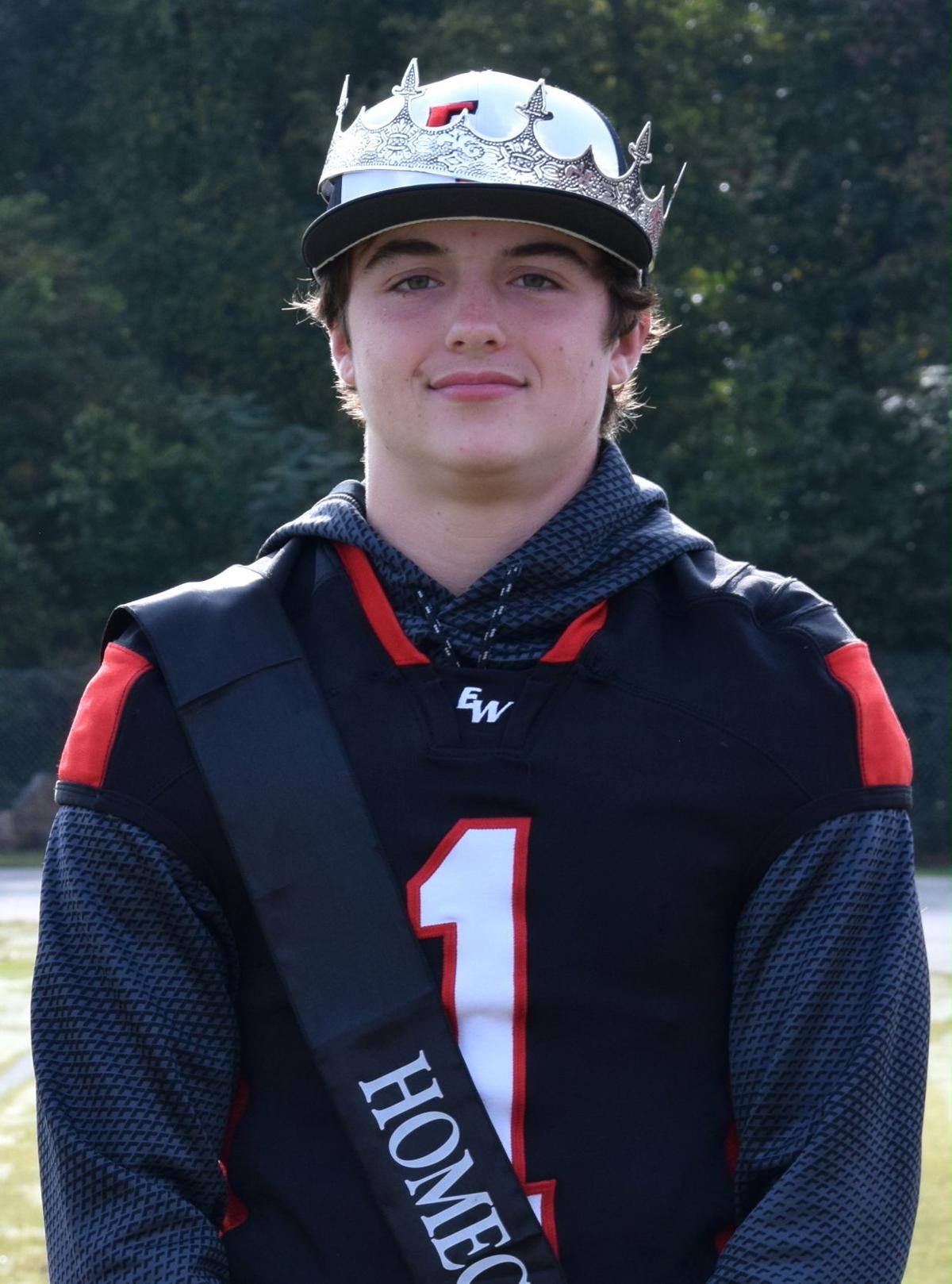 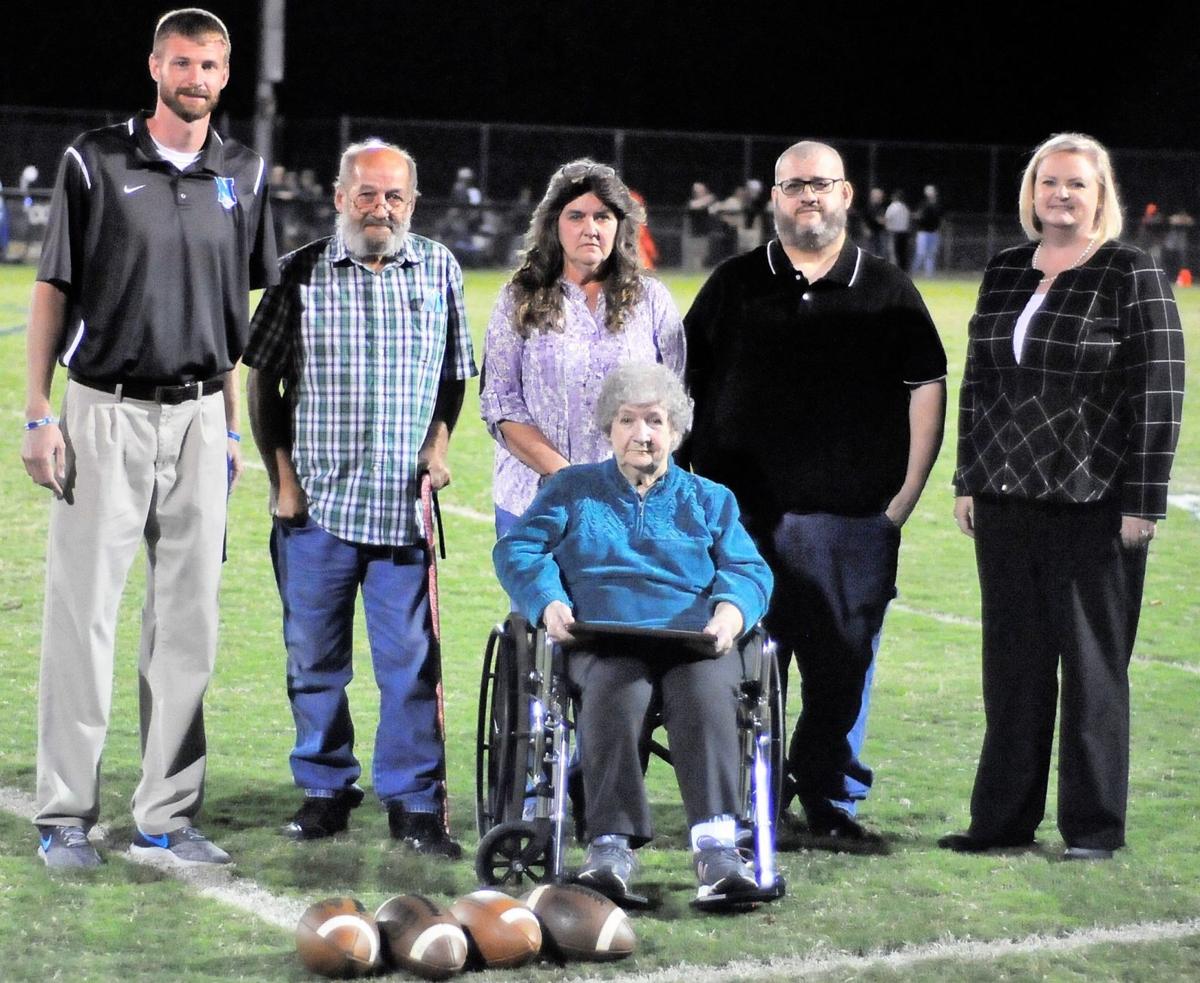 Wilkes Central senior Terry Hayes struggles for yardage after being wrapped up by North’s Zane Shew. Trailing on the play are North’s Samuel Panneton (12) and Central’s Macklynn Harper (67).

The North Wilkes varsity football team, a squad unaccustomed to the lead, built it in the first half and then held it in the second stanza on Monday night.

The result was a hard-fought 42-34 victory over Wilkes Central at Raner Wiles Stadium in Hays.

The Vikings played top-level football in the first half and led 35-14 at the break. The Eagles mounted a furious comeback after the break but North junior Alex Ball intercepted a pass in the end zone in the final seconds to preserve the win.

On first-and-10 from the North 14 with 32.3 ticks left on the clock, Central quarterback C.J. McGill rolled right and targeted Malachi Rucker in the end zone. The ball was tipped and Ball made the interception and advanced out to the 1-yard line.

The Vikings then ran out the clock to post their first win in the past eight matchups against Central. It was also only the second win for the Vikings in 18 series games since 2004.

“It’s just great to be on the good side of the scoreboard,” said North’s coach, David Wojtecki. He said the key to victory was controlling the line of scrimmage on both sides of the ball.

With the win, North improved to 2-4 overall and 1-2 in the Foothills 2A Conference. The Eagles slipped to 2-3, 0-3—the worst league start for Central since at least 2004.

The Eagles struck first in the contest, as quarterback C.J. McGill completed a third-and-14 pass to Terry Hayes on the left flank. Hayes made a couple would-be tacklers miss and scored with 7:11 left in the opening quarter.

After an exchange of fumbles—with recoveries made by Central’s A.J. Villalpando and North’s Chris Kimmel—the Vikings took over at the Eagle 18-yard line. On the first play, junior Kaedin Bauguess rumbled straight up the middle for a touchdown.

Samuel Panneton’s point-after kick spotted the Vikings a 7-6 lead with 4:23 remaining in the first.

After forcing the Eagles to punt, the Vikings marched 53 yards for a score, capped by quarterback Zach Wyatt’s 4-yard run on the second play of the second quarter. Panneton’s PAT increased the North lead to 14-6.

A clipping penalty against Central on the ensuing kickoff negated a 75-yard touchdown return by Rucker. A turnover on downs swung possession back to the Vikings at the Eagle 31-yard line.

From the Central 16, Wyatt rolled left and found Solomon Panneton coming back to the ball in the end zone with 6:45 left in the first half. Samuel Panneton’s PAT spotted the hosts a 21-6 advantage.

The Vikings padded the lead with a defensive score, as junior Chris Kimmel stepped in front of a McGill pass and sprinted 45 yards for a pick-six. Panneton’s kick was true, and North led 28-6.

Rucker took the ensuing kickoff and raced 90 yards for a score down the right sideline with 3:58 before halftime. McGill’s two-point conversion run sliced the North lead to 28-14.

After recovering another onside kick attempt, the Vikings took over at midfield. A few plays later, Deandre Corpening took a pitch from Wyatt and rolled right into the end zone from 6 yards out. Panneton’s PAT made it 35-14 with 56.1 seconds left in the second.

From the North 5-yard line with 2.6 seconds left before halftime, McGill targeted Hayes in the back of the end zone but the pass was broken up to preserve the Vikings’ 21-point lead at the break.

Central’s comeback started on its first possession of the second half, as Villalpando capped a 72-yard drive with a 5-yard scamper up the middle. The conversion run came up short with 9:03 remaining in the third.

After Central’s Hunter Wyles picked off a Wyatt pass in the end zone, the Eagles marched 80 yards for another score. Villalpando rushed in from the 2 with 2:57 left in the third. The conversion run again failed, leaving it 35-26 entering the final period.

The Vikings then converted a fourth-and-5 play from the Eagle 23, as a pass interference call on Central gave the hosts a new set of downs at the 11. Three plays later, Corpening rushed right from the 6 then cut back to the middle and into the end zone with 8:17 to play.

Panneton’s PAT split the uprights for a 42-26 North lead.

Central responded with a 77-yard scoring drive, capped by a 13-yard strike from McGill to Rucker out on the right flank. Rucker cut into the middle of the field and into paydirt with 4:41 left in the game.

Villalpando made good on the two-point conversion run, making it a one-possession game.

The Eagles were whistled for an illegal touch on the ensuing onside kick attempt, giving the Vikings great field possession at midfield. After forcing a North punt, Central took over at their own 23-yard line with 2:52 to play.

A pass interference call gave the Eagles new life at the North 45-yard line with 1:43 left. On third-and-2 from the 36, McGill delivered a ball down the middle of the field to Hayes for an apparent touchdown with 54.8 seconds left, but a holding penalty wiped out the score.

Central Coach Ron Turner did not respond to multiple requests for comments on the game. Turner’s Eagles will play at West Wilkes on Friday at 7:30 p.m.

East Wilkes rolled to a 44-6 victory over Alleghany in Sparta on Monday night.

“We had a full week of practice and that made big difference,” noted Jonathan Wilmoth, East’s coach. “We showed up and played well defensively and offensively. It was just a good team effort.”

The Cardinals put the first 44 points on the scoreboard and led 7-0 after a quarter of play on Briggs Gentry’s 25-yard touchdown pass to Titus Miller and Doug Porter’s point-after kick with 3:06 left in the opening period.

East erupted for 30 points in the second quarter. Weston Brown had two scoring runs in the quarter, one from 24 yards out. The Cardinals converted on a fake PAT, with Miller throwing to Eric Adams for two points.

Miller also scored a defensive touchdown in the second, scooping up a punt that was blocked by Easton Martin and rumbling 6 yards into the end zone.

Martin capped the Cardinal scoring with a scoring run 5:21 prior to the end of the third period.

Alleghany’s Austin Love scored on a 15-yard touchdown run with 2:00 left in the game. There was a fumbled hold on the Trojan’s PAT attempt.

West Wilkes ended up on the short end of a 52-8 decision at North Surry on Thursday.

“It was the worst day at the office I’ve had in a long time,” admitted West Coach Phil Collett. “There was a football game, but I wouldn’t want to sully the sport’s good name by saying what we did was ‘playing football.’

“We have too many guys who are ‘playing’ at playing football—the exact opposite of Blackhawk football.”

The Blackhawks’ lone score came on a 1-yard run by Hayden Frey with 2:17 left in the game. Jett McNeill made good on the two-point conversion run.

The Greyhounds got four touchdown runs by Jake Simmons, who finished with 153 yards on 20 carries. James McCreary completed 10-of-13 passes for 167 yards and two scores to Jahreece Lynch, who hauled in six catches for 105 yards. McCreary also rushed for a touchdown.

The Blackhawks accumulated 203 yards of total offense but lost senior quarterback Logan Wayne, who suffered a broken collarbone in the game.

“Logan was our best young man, so it’s gonna be tough,” added Collett. “But we have to rally around one another and circle the wagons.”

North Surry snapped a two-game losing streak and improved to 2-4 overall and 2-2 in the Foothills 2A. The Blackhawks slipped to 1-4, 1-3 and will host Wilkes Central on Friday.

Partly cloudy in the evening with more clouds for later at night. Low near 55F. Winds light and variable.