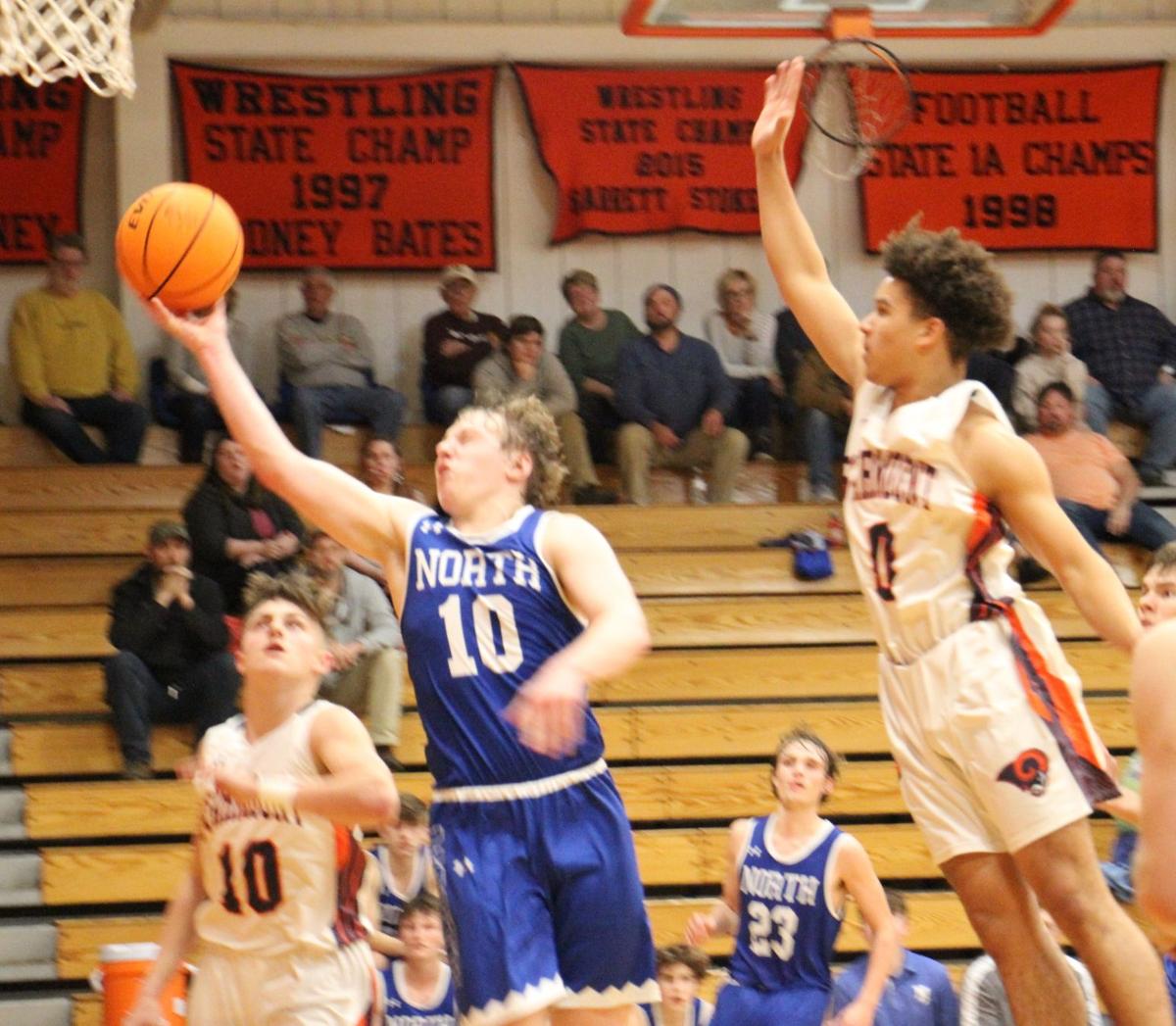 Matthew Holloway, who finished with 11 points, drives to the basket against Starmount's Xavier King. 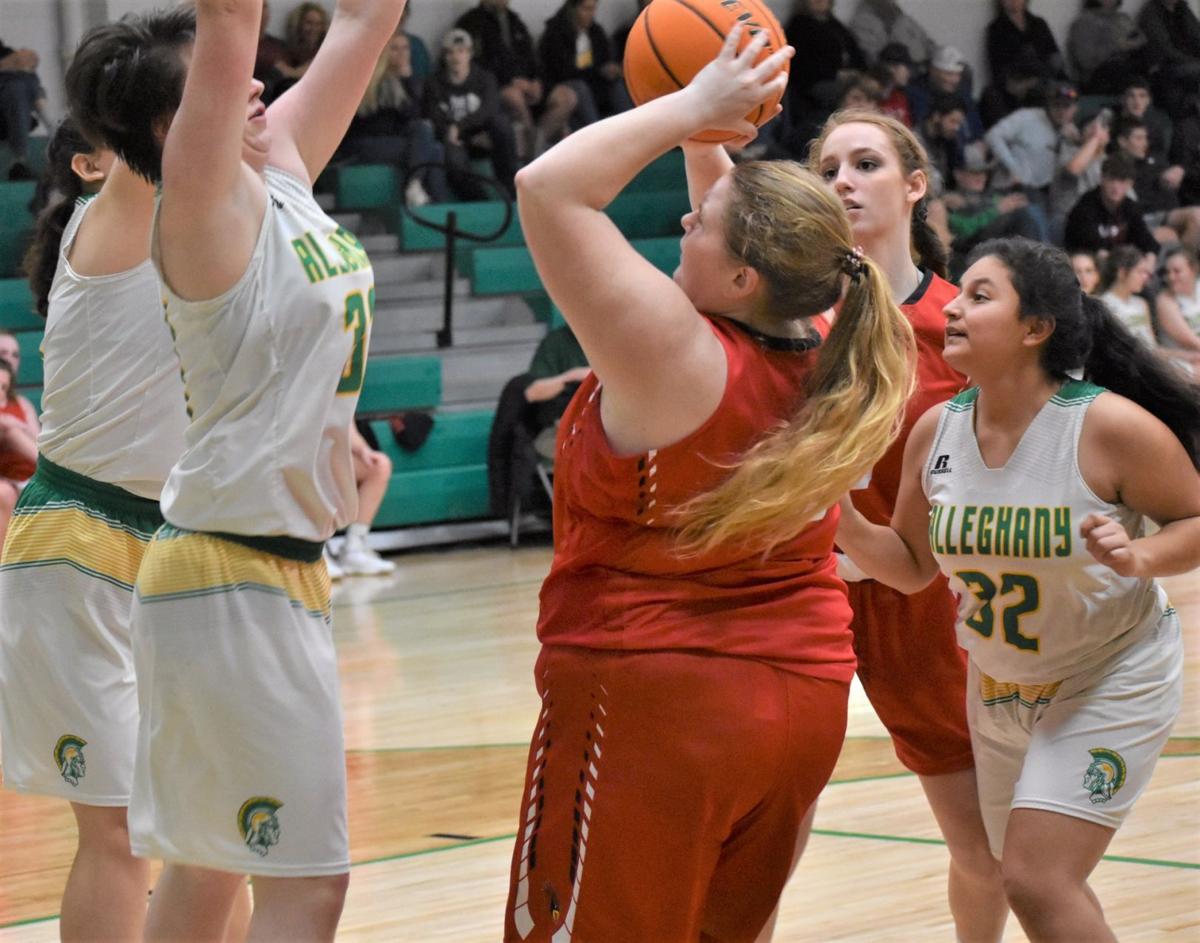 Matthew Holloway, who finished with 11 points, drives to the basket against Starmount's Xavier King.

The North Wilkes boys basketball team fought gallantly against No. 1 seed one seed Starmount Rams in the first round of the Mountain Valley Athletic Conference tournament opener in Boonville before fading in the second half by a final score of 71-46.

The Vikings and Rams battled to a 13-13 tie after the opening quarter. North Wilkes was very patient with the basketball and worked the ball around the perimeter until they got good looks at the basket. The Vikings only committed one turnover in the entire quarter.

The Rams (19-6) upped the pace in the second quarter and ran out to a 37-27 lead at the break. Trey Dezern hit 4 three pointers in the period including 3 straight at one point to break open a tight game.

After the break, the Vikings came out determined to make a statement. North scored the first seven points of the half to cut the lead to three at 37-34. Starmount called a timeout at the four- minute mark of the third quarter and returned to the court and took control. The Rams outpaced the Vikings by 22 points the remainder of the game.

Alleghany led from start to finish, closing out the East Wilkes Cardinals by a 54-29 final margin in the opening round of the Mountain Valley Athletic Conference girls basketball tournament on Thursday evening in Sparta.

The No. 2 Trojans (22-3) were led by 19 points from Maddie Brown while the No. 7 Cardinals were paced by eight points from Ava Tharpe

The Trojans win advanced them to a second round matchup against the winner of Friday night’s matchup between No. 3 Wilkes Central and No. 6 Starmount.

The Trojans jumped out early, scoring the game’s first eight points – seven of them coming in transition. Following an East Wilkes timeout, the Trojans increased their lead to 12-0 before Tharpe’s basket at the 4:07 mark finally got East Wilkes on the board. Tharpe and company sparked a run of their own and brought the quarter to a close, trailing the Trojans 20-14.

East Wilkes scored to open the second quarter, cutting the lead to 20-16. But that would be as close as the Cards would get as the Trojans defensive pressure would take over.

The Trojans went on a 10-0 run in the quarter, scoring six points off of turnovers to take a 32-18 lead into halftime.

The second half was dominated by the Trojans as they limited the Cardinals to only three points in the third quarter. By the start of the fourth the Trojans were in control, leading 45-21.

The Cardinals will now have to wait and see if their 4-19 record qualifies them for a North Carolina High School Athletic Association 1A playoff berth. Current projections have the Cardinals as one of the last five teams in.