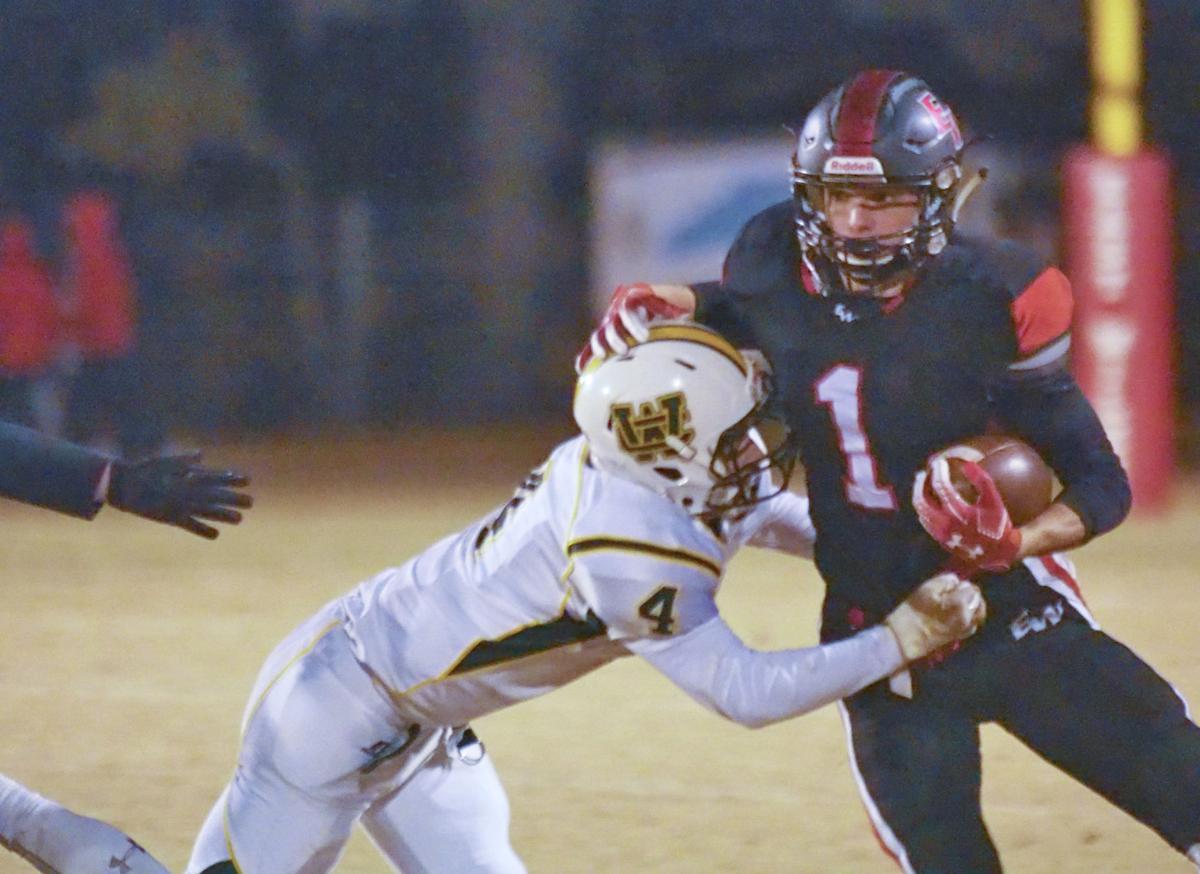 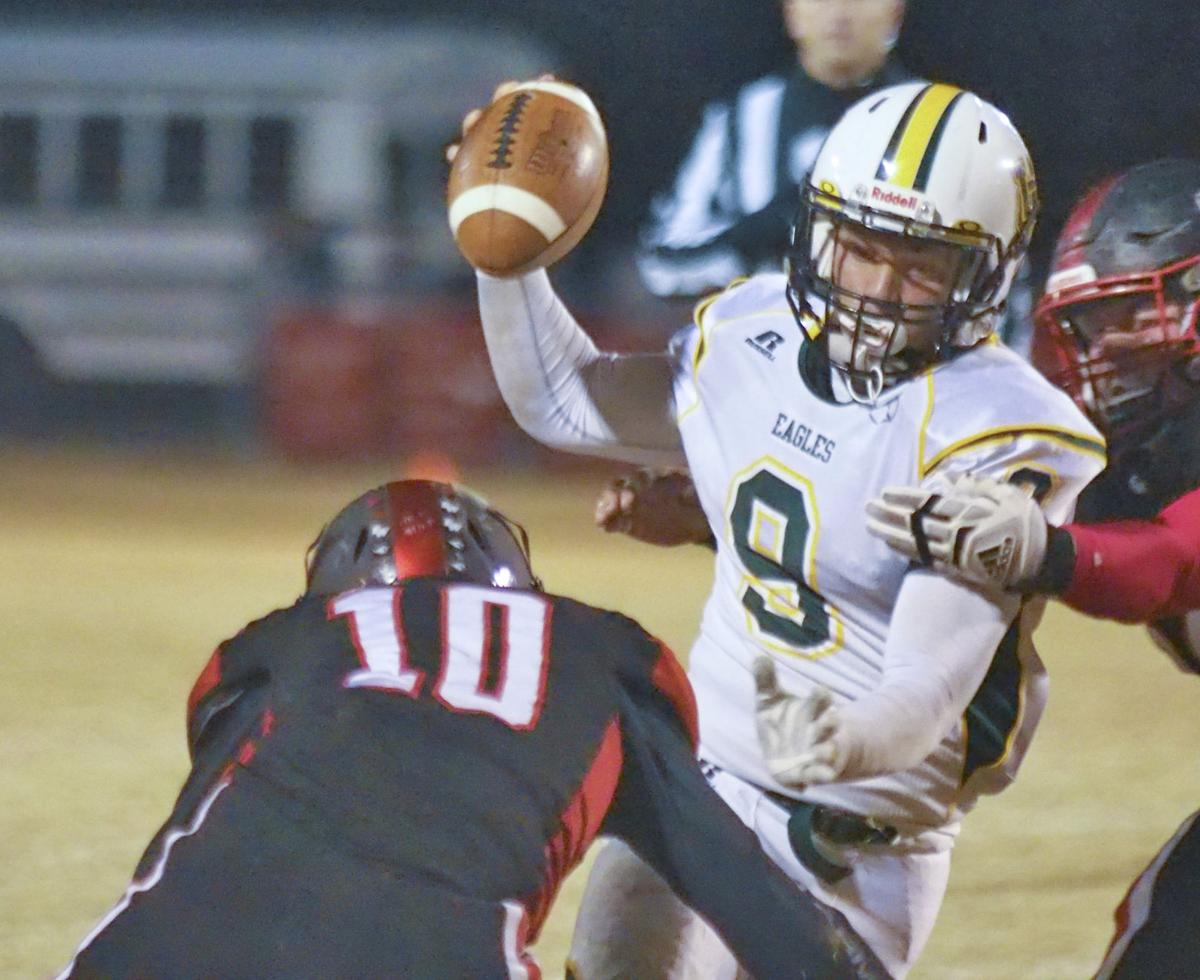 Vernon gave the Cardinals a six-point lead with 6:15 to play with a 10-yard touchdown — his fourth rushing score of the night (he also hauled in a 35-yard pass from Caeden Howell in the first quarter). The senior finished with 197 yards on 21 carries; he also caught three passes for 79 yards.

But an unsuccessful two-point conversion left the door ajar for the Eagles to either tie or take the lead.

The Cardinals defense came up with a pair of sacks on Eagle quarterback Josh Pack.

First, it was junior Brayson Church stuffing Pack for a one-yard loss and then senior Dakota Rouse stopped Pack for a 13-yard loss, resulting in the Eagles (6-5, 4-3) having to punt.

With East (5-6, 4-3) unable to get anything going on the next drive, the Eagles had one last chance, starting at their own 29-yard line with just under a minute to play and no timeouts left.

Trey Lambert came up with a big pass breakup on Pack’s first of the drive. After another incomplete pass, JoRaye Morrison had a five-yard pick up to set up fourth-and-five from the 33 with 40 seconds to play.

Pack was able to get a short pass off to Morrison but the junior couldn’t find an opening and was stopped for a loss, resulting in a turnover on downs.

Morrison, who eclipsed the 2,000-yard mark for the season in the first half, took the very first offensive play from scrimmage 86 yards to the end zone just 27 seconds into the game. He finished with four touchdowns, adding scores of 5, 61 and 35 yards to finish with a game-high 336 yards.

Vernon (30 yards) and Morrison (5 yards) then traded touchdowns but East Wilkes cut the Eagles lead to 19-13 after one quarter.

The lead changed hands three times in the third quarter with Vernon scoring twice (28 and 2 yards) but Morrison gave the Eagles the lead back (27-25) after three quarters.

After Howell scored to put the Cardinals in front 33-27, Morrison answered on the very next drive as he broke off defenders and rumbled into the end zone for a 35-yard score to tie the game with 10:26 to play.

Both teams qualified for the North Carolina High School Athletic Association playoffs. The Cardinals were listed as the No. 10 seed in 1AA while the Eagles were No. 14 in 2AA and will travel to Polk County and Hibriten, respectively.