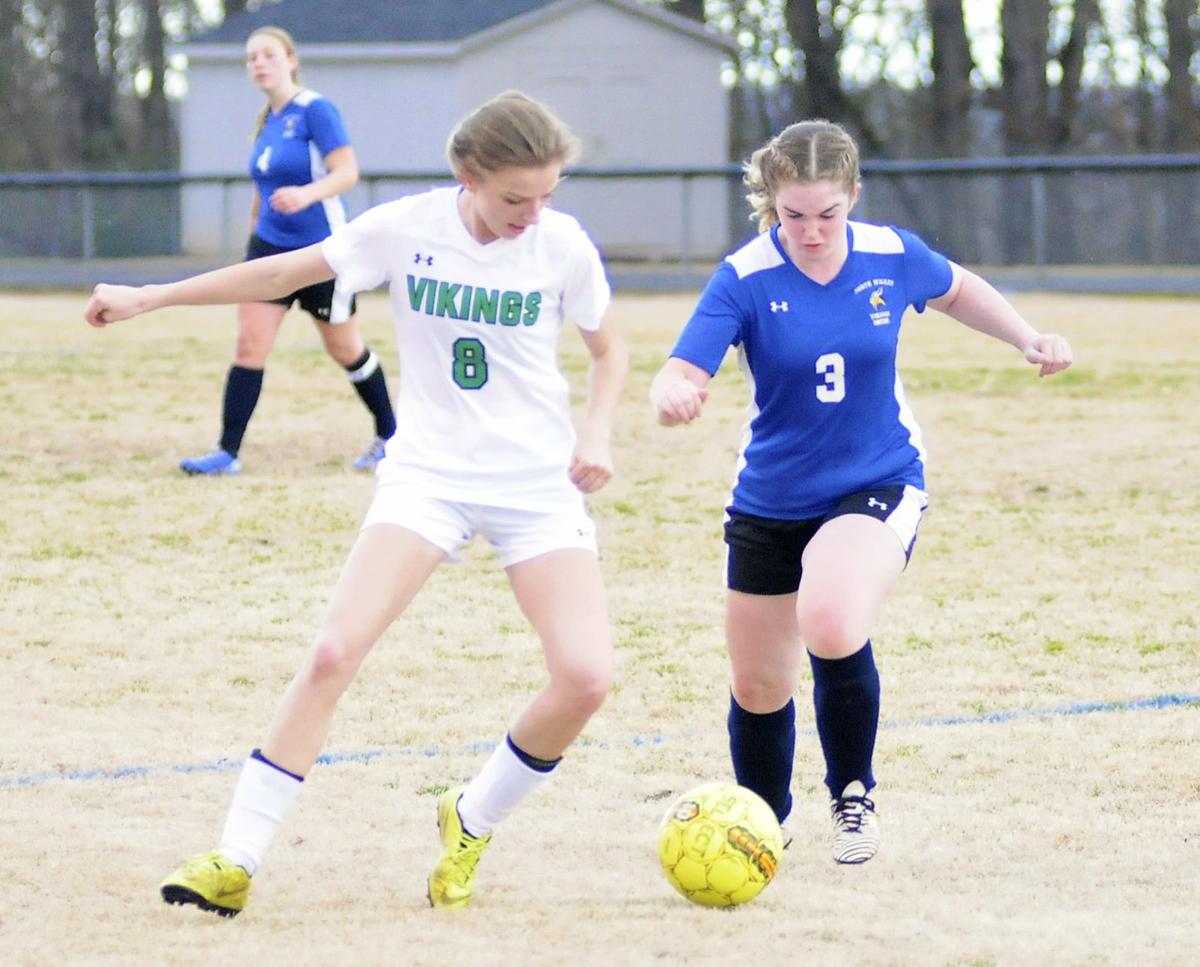 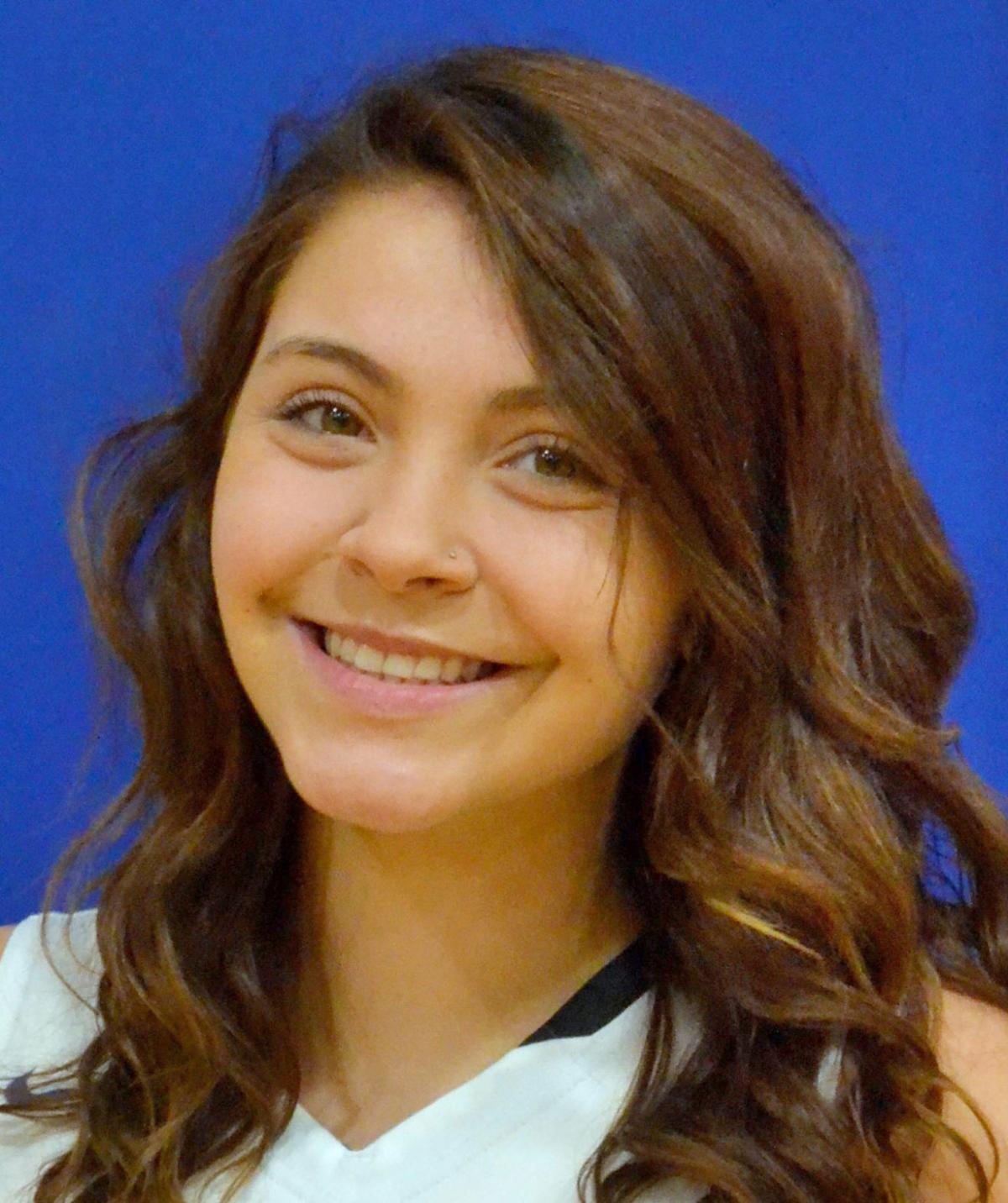 Monday was heartbreak, but Tuesday was triumph.

What a difference 24 hours makes.

One night after North Wilkes lost a hard-fought decision in part due to a controversial late call, the Vikings regrouped to defeat visiting North Stokes 1-0 at Raner Wiles Stadium in Hays.

Morgan Tribble scored the game-winner from the left side of the pitch in the 69th minute to help North Wilkes claim its first win of the spring.

“She’s got a great heart,” said Vikings’  Head Coach Ed Martin of his senior striker after her score improved his squad to 1-3. “Morgan has a true will to win, and she gave a winner’s effort on that. And she is able to beat you by playing the game the right way. She always plays fair and she always plays hard.”

The win came one night after a 3-2 loss to Mount Airy. The Vikings thought they had tied the score at 3-apiece in the waning seconds of Monday’s match, but a late offside call nullified a would-be goal from Allie Billings.

“We were motivated to come out strong after Monday,” said Tribble, who along with Kaitlyn Hayes scored North’s two goals against the Granite Bears.

“We put a lot of effort into the Mount Airy game, and it was disappointing to come up short,” added Tribble. “We were so close and we saw what we could do when we played together. So that gave us a little extra energy tonight.”

Tribble had an early chance to score Tuesday, but her first shot didn’t connect in the match’s first minute.

“I’m glad I was able to make up for that,” smiled Tribble.

Both teams had other chances as the game progressed. Tribble and Billings did most of the work up top for North Wilkes, and North Stokes (0-1) primarily got shots off the foot of Adreana Bryant attacking from the right side.

But the home Vikings cracked the scoreboard in the 69th, thanks to a continued bout of pressure against the North Stokes defense.

Billings took a deep run down the left side before earning a corner kick after her defense cleared the ball to midfield. The first corner kick was knocked out behind the goal line by the North Stokes defense, and the second one was almost cleared out after landing in a scrum of players.

Tribble took possession on the left, however, and quickly dribbled through two defenders toward the near post. Her subsequent shot was delivered across the face of the goal and into the net on the far side.

North Stokes wasn’t able to generate much offense after Tribble’s score. In fact, the game ended after the home team earned another late corner kick, as the visitors didn’t have the time to make one last run after snuffing out that deep North Wilkes chance.

Martin also took a “philosophical” stance toward the late offside call that went against his team in the Monday match.

“The official had a much better look at it than I did,” smiled Martin. “He can see things on the pitch that I can’t. And I’ve learned in my 18 years of coaching that it’s a waste of time to argue a call like that. So I had no problem with the officials making it.”

North Wilkes was able to persevere Tuesday despite being relatively short-handed. The roster was down to two available subs, and was missing injured senior midfielder and defender Hayes.

“We’re tired,” admitted Martin after the back-to-back stretch. “We’re going to take tomorrow off. And I may need to do a little recruiting, too.”

“There was some fatigue initially,” said Tribble. “But honestly once the game got going we didn’t think about it. Having the motivation to go out and get the win was enough for us to keep playing hard tonight.”

The two teams had a rematch Thursday afternoon in Danbury.

Cloudy early, then off and on rain showers for the afternoon. High 72F. Winds light and variable. Chance of rain 40%.

A few clouds from time to time. Low 57F. Winds light and variable.