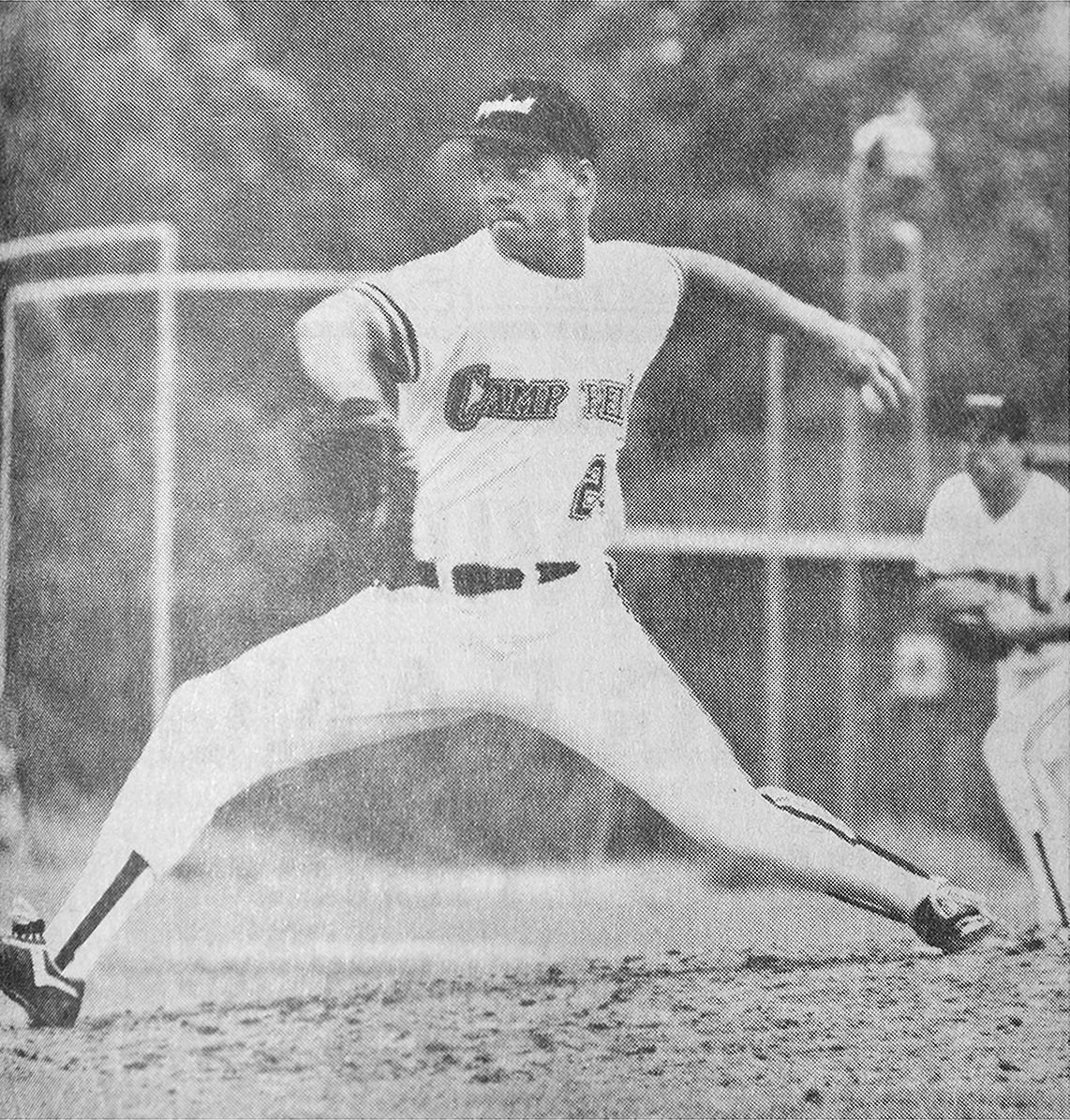 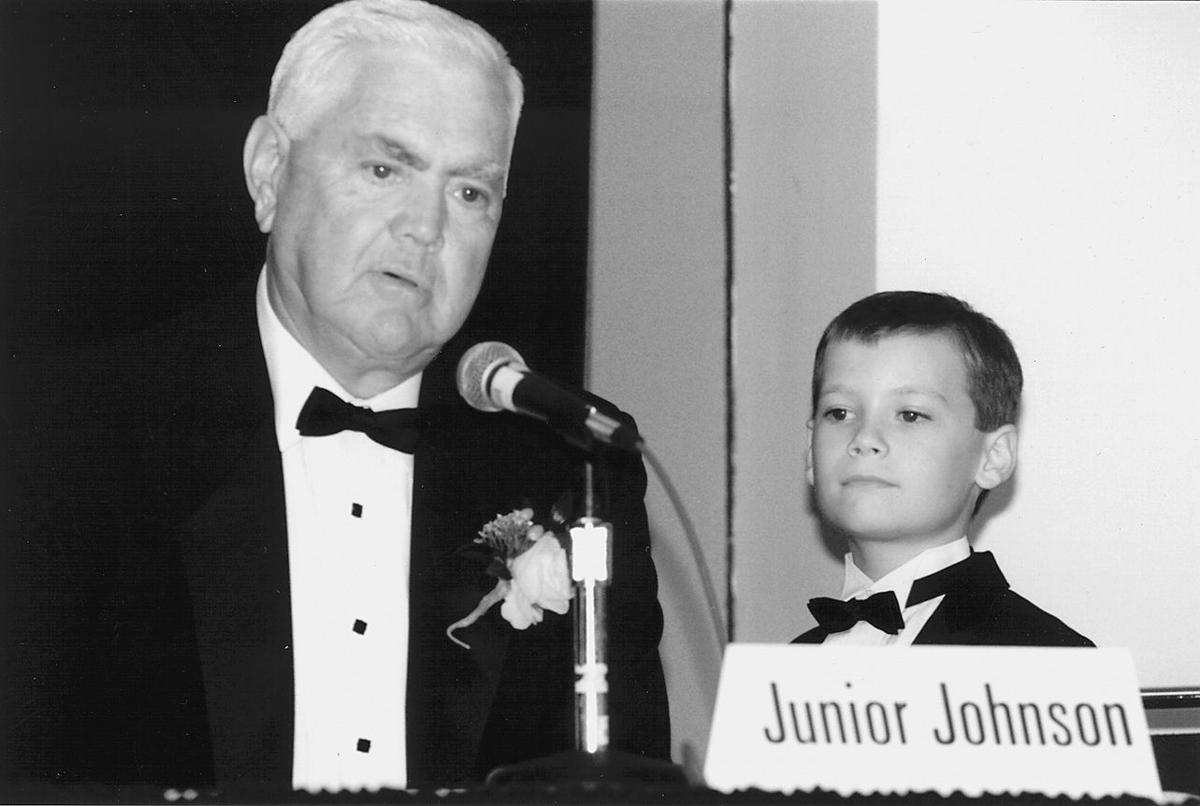 Junior Johnson's son, Robert Johnson III, stands beside his famous father during a press conference back in May 2000 at the Charlotte Convention Center 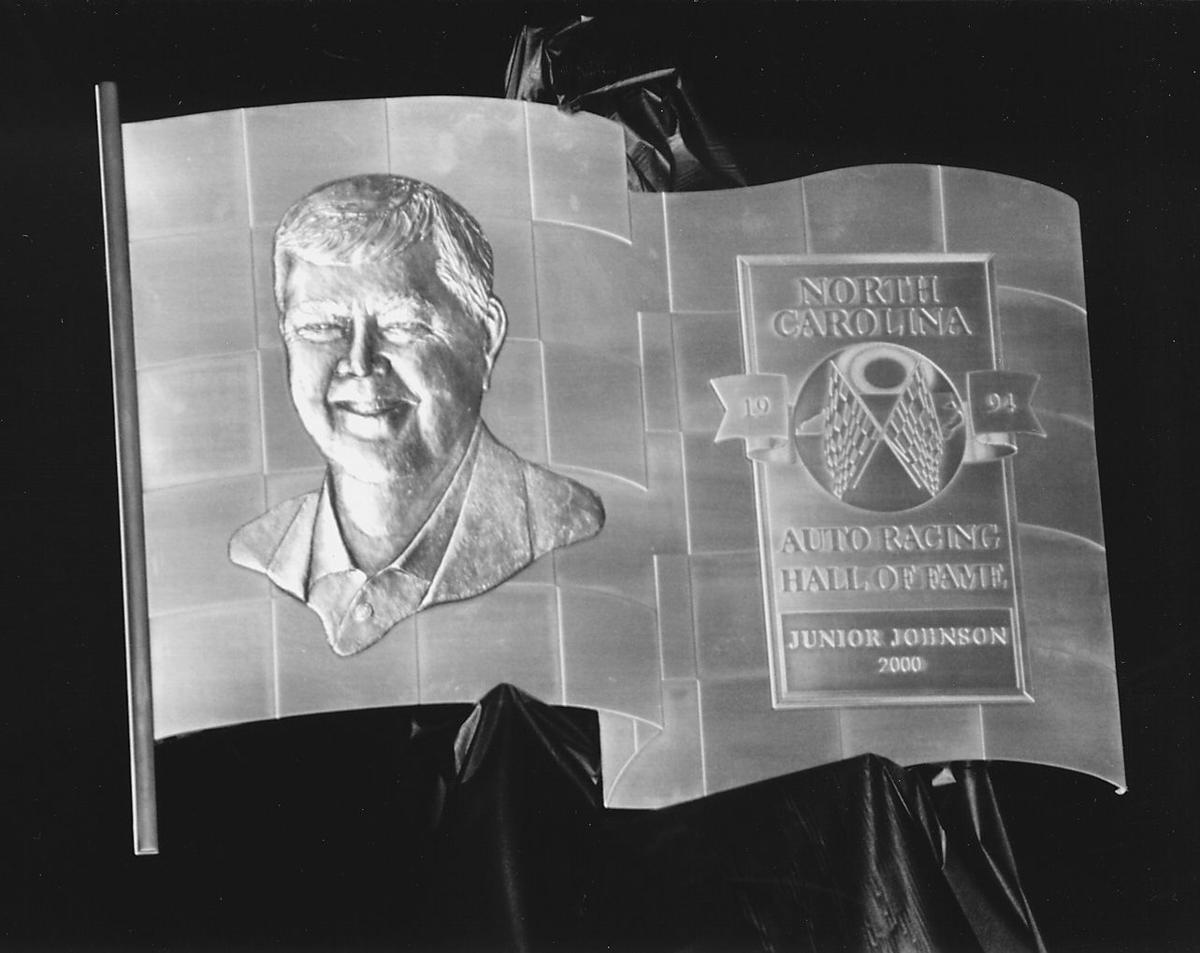 Junior Johnson's son, Robert Johnson III, stands beside his famous father during a press conference back in May 2000 at the Charlotte Convention Center

This is the second article in what we hope to be a weekly series highlighting local sports’ anniversaries, given the current down time for local sports. Readers are encouraged to share any of their memories from local sports this time of year — namely May, June and July — by emailing wjpsports@wilkes.net. Photos would be appreciated too but are not a must.

For consideration to be included, please include what month (and day if known) and year the event took place. We’re particularly looking for events that took place on anniversary-type years from 2020 — 10, 20, 25, 50 or 75 years ago — but any event will be considered if it fits the other scope of criteria.

This week, we take a look back at some of the bigger anniversaries from Wilkes County sports in the spring months of 1990 and 2000 … 30 and 20 years ago at this time:

EDITOR’S NOTE:  Led out of the bullpen by Wilkes Central graduate Jackie Ledford, Campbell University won the 1990 Big South Baseball Tournament championship for the second time in school history. But this time, the Camels automatically qualified for the NCAA tournament for the first time in school history (Campbell has only made it three other times, in 2014, 2018 and 2019). The Camels would go 0-2 in the region, losing the to the Cardinals and Southern Illinois. Ledford is still listed seventh on Campbell’s all-time list for both saves (9) and career relief appearances (59). His son, Riley Ledford, is currently a junior at West Wilkes and a two-time winner of the Mountain Valley Athletic Conference’s Pitcher of the Year award. The following article is from the May 24, 1990, edition of the Wilkes Journal-Patriot. It has been edited.

Former Wilkes Central pitcher Jackie Ledford and his Campbell University teammates are scheduled to enter the 48-team NCAA tournament field today with a first-round game in the East Regionals against top-seeded Stanford University. The opener of the double-elimination tournament will be held at Stanford Stadium in San Francisco.

Stanford takes a 52-10 record into the tournament.

Ledford, a junior, was the team leader for Camel pitchers this season for — most appearances (25); most saves (4); win-loss percentage (.750 or 3-1) and strikeout average for nine innings (8.90). He set a record for most appearances by a left-hander, and he is fourth in Campbell University for saves and second in relief appearances. He has posted 49 strikeouts in 44 innings as a Campbell player.

His ability to come in games during the late inning to hammer down the victories earned Ledford the nickname of “Hammer.” He picked up saves against Wake Forest and in the tournament championship game against Coastal Carolina.

CHARLOTTE — Junior Johnson, winner of 50 races as a driver in NASCAR’s top division and the man who helped put stock car racing on the map of Southern culture, was inducted Thursday night into the North Carolina Auto Racing Hall of Fame.

Johnson and NASCAR founder William H.G. (Big Bill) France became the newest inductees into the hall during a ceremony at the Charlotte Convention Center. Dale Inman, retired crew chief for Petty Enterprises, was also honored as the first recipient of the SNAP-ON Golden Wrench award.

Several of the biggest names in NASCAR were in attendance as the three men were feted for their contributions to the sport. Richard Petty, Bobby Allison, Ray Evernham, Roger Penske, Brian France, Lisa Kennedy France and Darrell Waltrip were among those attending the black tie affair.

Waltrip introduced Johnson with an entertaining presentation that drew laughter from the audience several times. He spoke of his time driving for Johnson, a pairing that produced three of Johnson’s six NASCAR Winston Cup titles as a car owner.

Johnson won races as a driver or owner during five decades and remains the only car owner in the sport’s history to win three-straight point titles — 1976, ’77 and ’78 with Cale Yarborough as the driver.

A former bootlegger who was born and lived most of his life in the Ingle Hollow community of Wilkes County, near Ronda, Johnson made his mark in stock car racing as a fearless, all-out driver in the 1950s and ‘60s. Writer Tom Holfe helped immortalize Johnson with an Esquire magazine article in the 1960s, tabbing Johnson “The Last American Hero.”

Beyond his wit, his laid back manner, and his impressive statistics as a driver and car owner, Waltrip said Johnson offered much more to the sport.

“I had a whole case full of statistics here, things he’s done, the championships he’s won,” said Waltrip. “ But when I look at Junior Johnson, I look at not just statistics and not what he’s done in racing. He’s obviously been a very successful car owner and driver. But I look at Junior the man and the relationship that I’ve had with him... He taught me how to be a champion. I was a hotshot race car driver, but Junior taught me how to be a champion.”

Junior Johnson’s legacy, of course, is already firmly established in the sport and part of Southern culture. Now, at the N.C. Auto Racing Hall of Fame in Mooresville, just off I-77, he’s established as one of auto racing’s foremost contributors.

“You want to feel like you’ve treated your fellow mechanics and drivers the way you like to be treated.”

Sunny skies during the morning hours. Scattered showers and thunderstorms developing in the afternoon. High 91F. Winds light and variable. Chance of rain 40%.