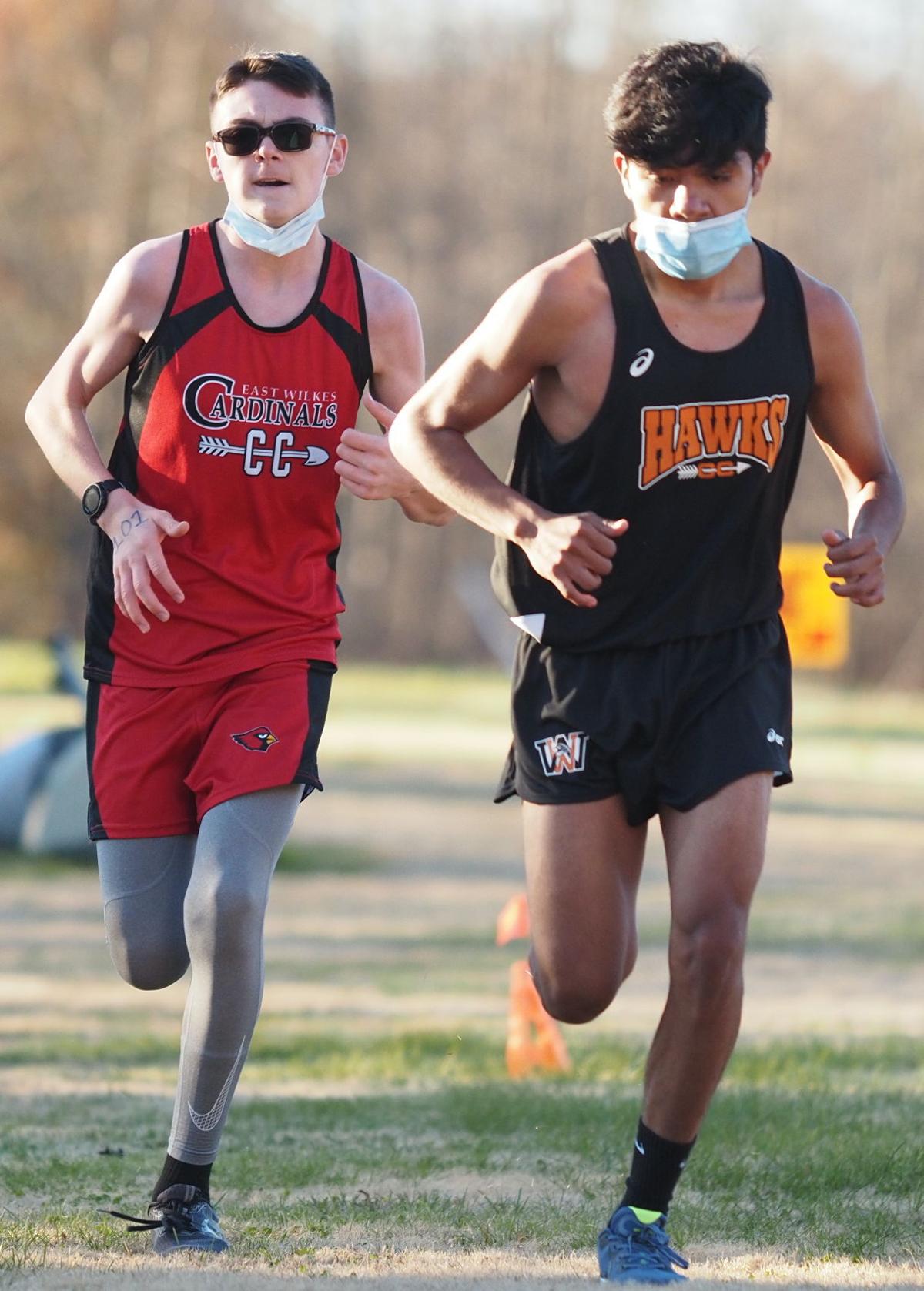 Masks were ubiquitous at high school volleyball games in 2020, and were voluntarily worn by some cross country runners. Here, West Wilkes’ Rodney Perez-Brasil leads East Wilkes’ Chance Mastin during a meet in Ronda on Dec. 8. 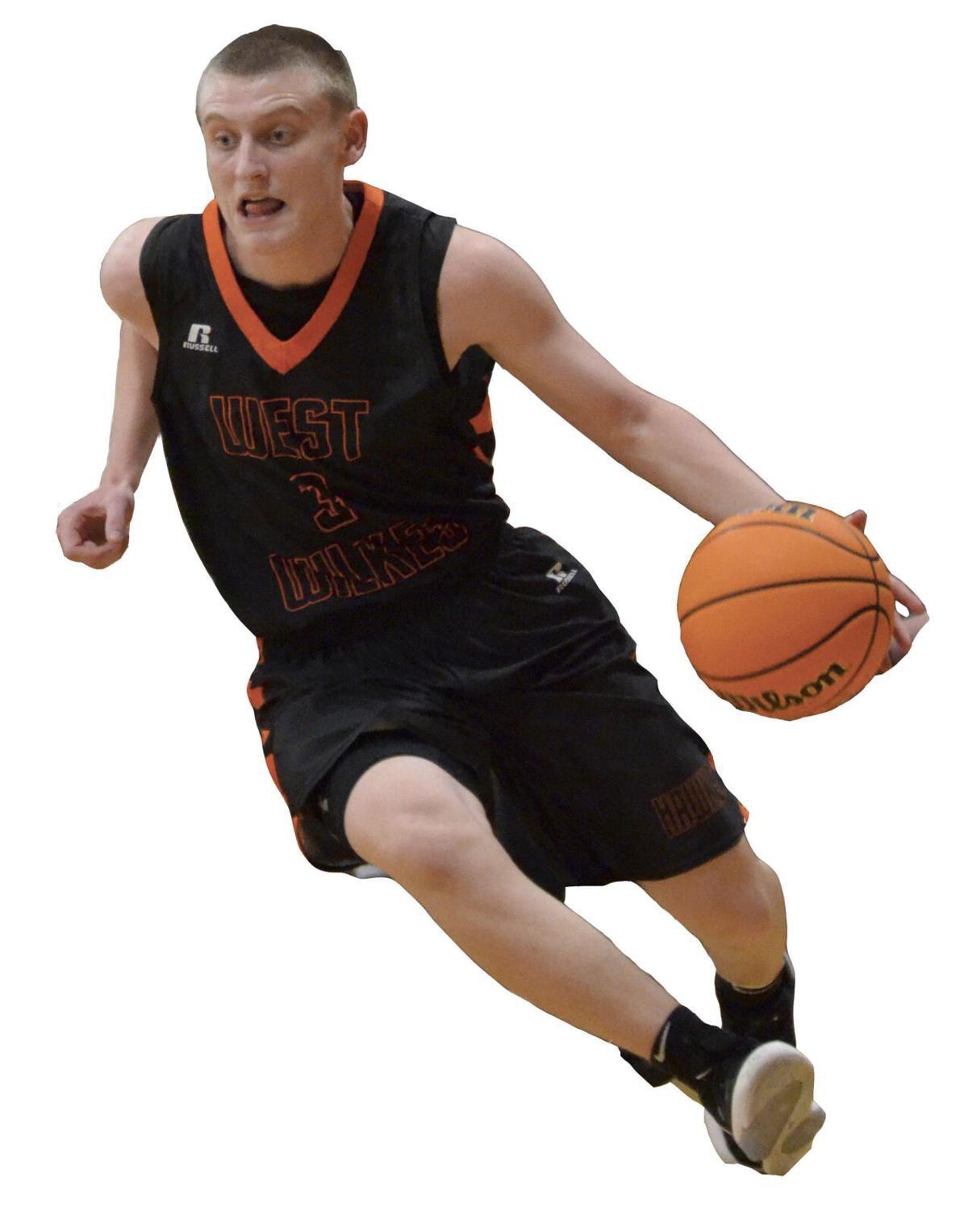 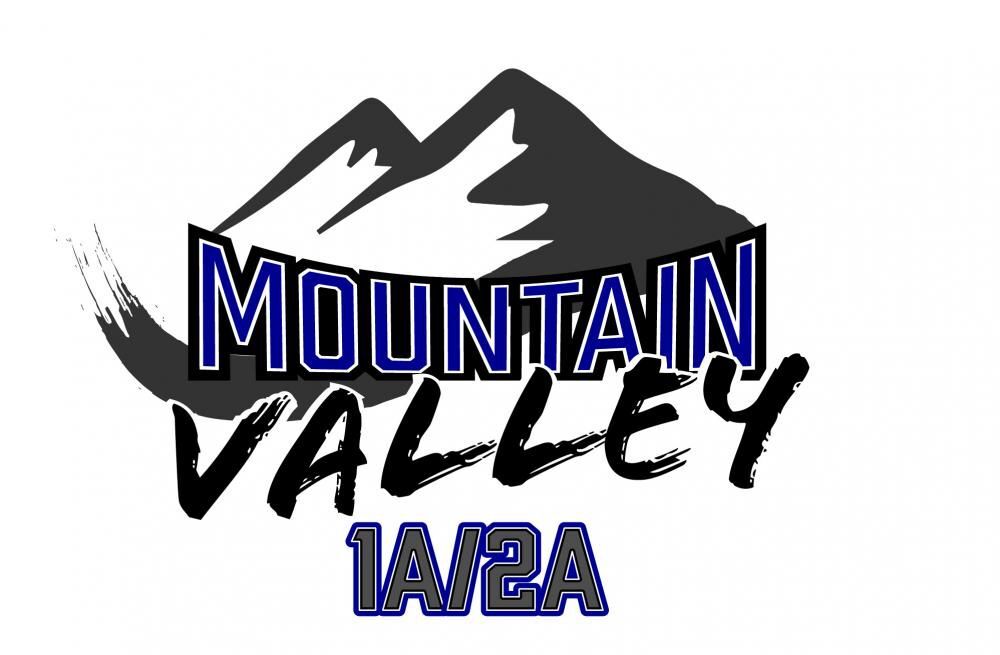 Masks were ubiquitous at high school volleyball games in 2020, and were voluntarily worn by some cross country runners. Here, West Wilkes’ Rodney Perez-Brasil leads East Wilkes’ Chance Mastin during a meet in Ronda on Dec. 8.

Wilkes County high school sports were defined not only by triumphs in 2020 but by seismic shifts stemming from the coronavirus pandemic.

After briefly starting but then suspending spring sports in March, the N.C. High School Athletic Association on April 24 canceled all athletic events for the remainder of the 2019-20 school year.

“Today’s decision is difficult for the NCHSAA board of directors and staff,” said Commissioner Que Tucker on April 24. “We empathize with the thousands of student-athletes, especially graduating seniors, coaching staffs, officials and family members affected by this decision.”

Tucker continued, “However, this decision reflects a commitment to keeping our student-athletes, officials and member schools’ staffs and their communities safe, while following the guidelines provided by the governor and his team, along with the department of public instruction and the state board of education.”

The NCHSAA had first suspended all high school athletic competition on March 12, two days before the state basketball championships, which were never played. The first suspension was announced for all games until at least April 6.

Fall football was shifted to the winter in an effort to see as much abatement of the coronavirus as possible before engaging in full-contact sports. Similarly, wrestling matches were postponed until April 26.

The first of seven conference football games will kick off for Wilkes schools on Feb. 26. The final regular season football contest is on April 9 and the state playoffs begin on April 16.

Following the delayed start of fall high school sports, practice was allowed to resume on Nov. 4, but it came with a whole new look. Volleyball players, coaches and other participants were required to wear masks at all times while indoors, including during games that resumed on Nov. 16.

After consulting with Gov. Roy Cooper’s office, the NCHSAA decided to allow no more than 25 spectators at volleyball games. Aside from players’ families, the general public was prohibited from attending games.

Cross country runners were also asked to wear masks except when competing outdoors. Many athletes chose to wear masks voluntarily while completing the 5,000-meter runs.

Basketball players were required to wear masks when practices started on Dec. 7. The first prep contests of the year will tip off on Jan. 5 with split venues for basketball games.

In May, the West Wilkes golf team was recognized by the NCHSAA as having the highest team grade point average (3.95 cumulative) in the state for the 2019-20 school year.

In the state championships on Feb. 22, East Wilkes seniors Dustin Blackburn and Austin Bauguess both finished second in the 1A bracket. Blackburn competed at 160 pounds and Bauguess at 145.

Alleghany, Ashe County and Wilkes Central finished in a three-way tie for the MVAC girls basketball championship with identical 11-3 marks. After winning the title outright the year prior, the Central girls saw their season end in the second round of the 2A state playoffs.

The West Wilkes girls also fell in the second round of the 2A tourney, finishing with a 19-7 record, the program’s second straight campaign with 19 victories. They were fourth in the MVAC with a 10-4 record.

The West boys had an 11-3 league mark in 2019-20, which tied them with Central for second place in the conference behind Starmount. Overall the Blackhawks were 18-8 and fell in the first round of the 2A state basketball playoffs, as did the Eagles, who were 14-10 overall.

West captured the league tournament crown for the first time in school history. It was the program’s first title overall since the 1991 regular season.

Brown averaged 18 points per game and four steals a game with a 4-to-1 assist-to-turnover ratio. He also added six rebounds per game and finished his career with over 1,100 points.

West’s Scottie Greene was tabbed as MVAC coach of the year.

During the 2019-20 season, Roten averaged 21 points and 3.5 rebounds. He also became the second player in the school’s history to score at least 1,000 points.

Except for a few afternoon clouds, mainly sunny. High 52F. Winds WSW at 5 to 10 mph.

A few clouds from time to time. Low 26F. Winds light and variable.