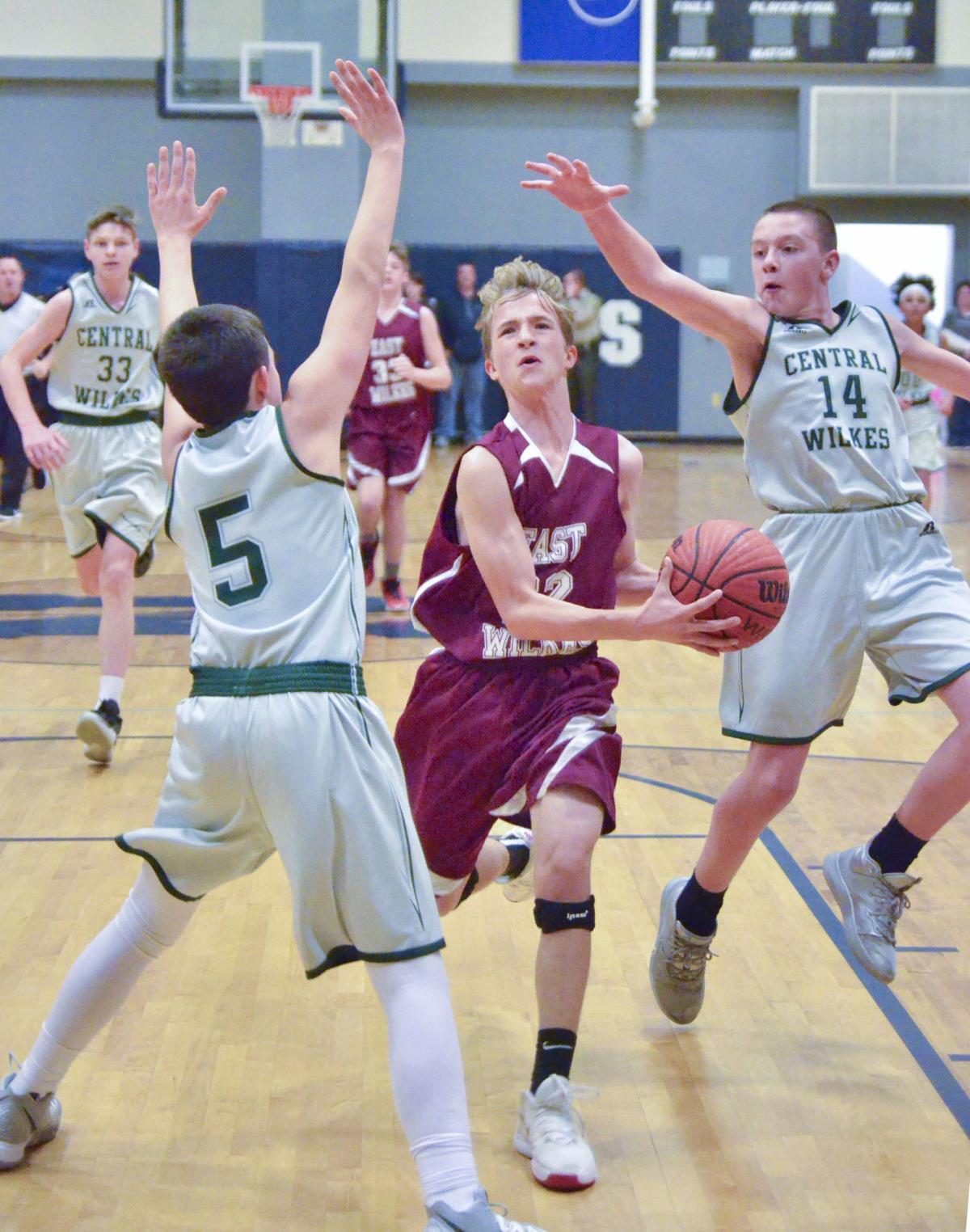 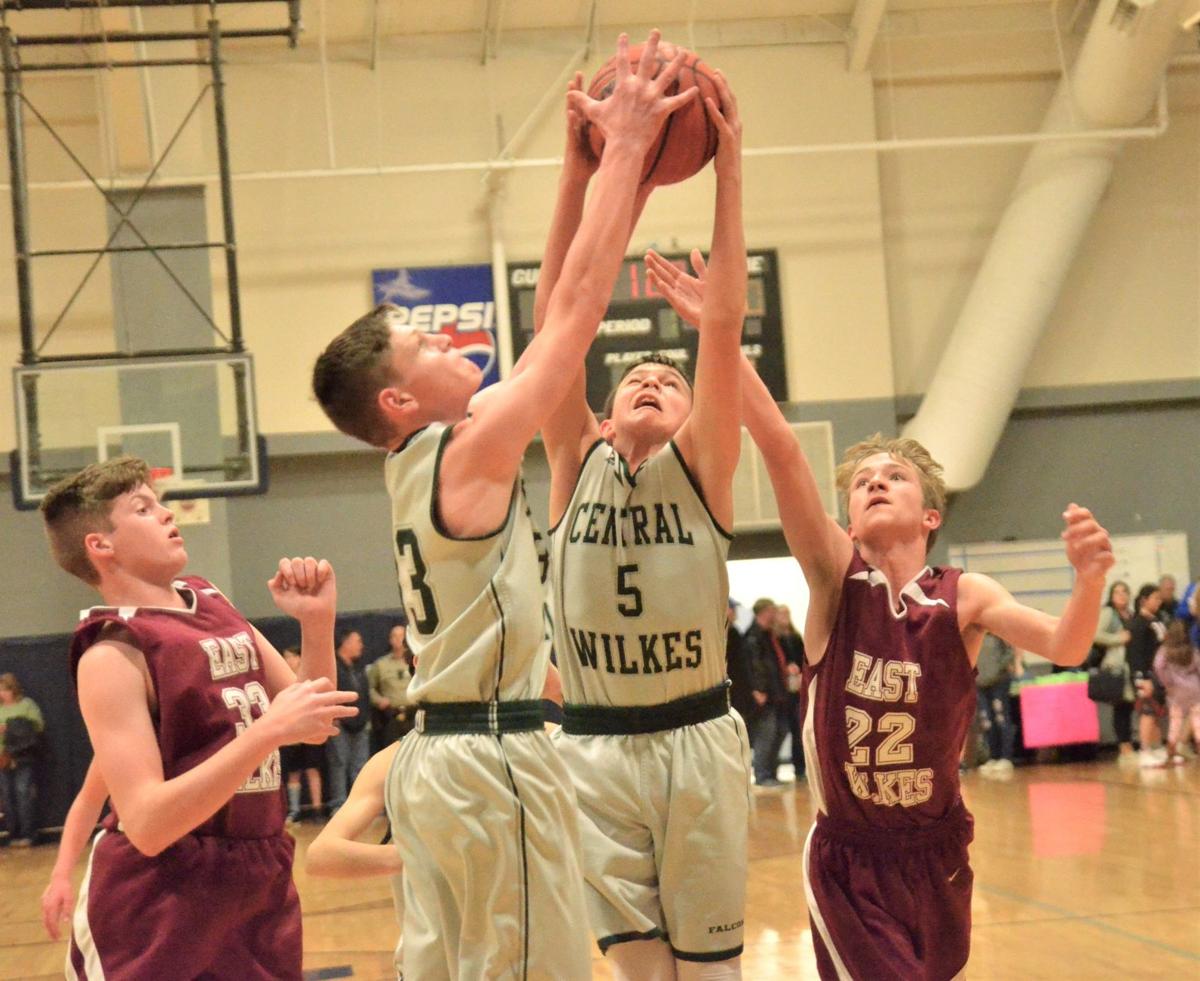 Central Wilkes' Noah McNeil and Tyler Surgeon fight with East Wilkes' Andrew Tharpe for the rebound on Thursday night and Payton Luffman looks on for the Scorpions. 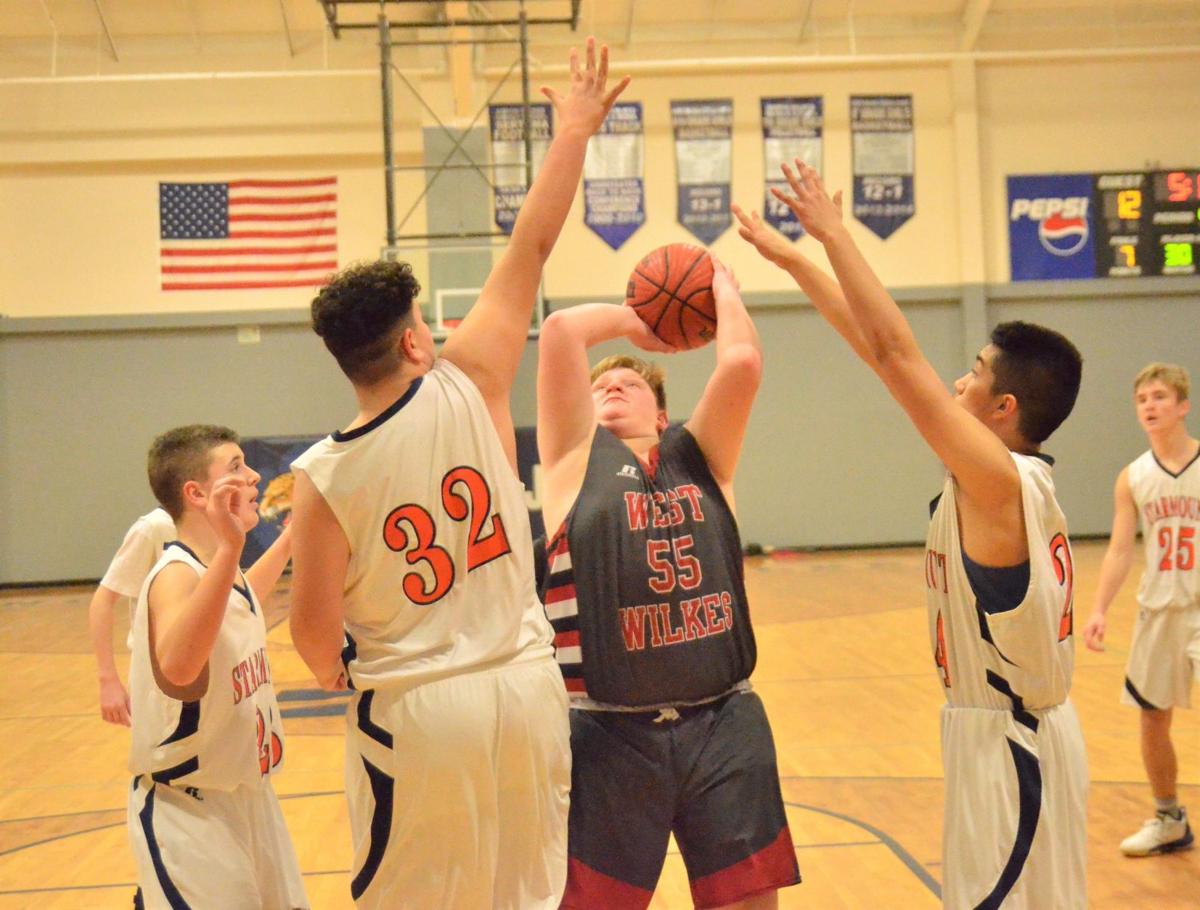 West Wilkes' Grayson Clonch connects on a putback while being guarded by Starmount's Isaias Gonzalez, Muller Miranda and Brayden Snow. 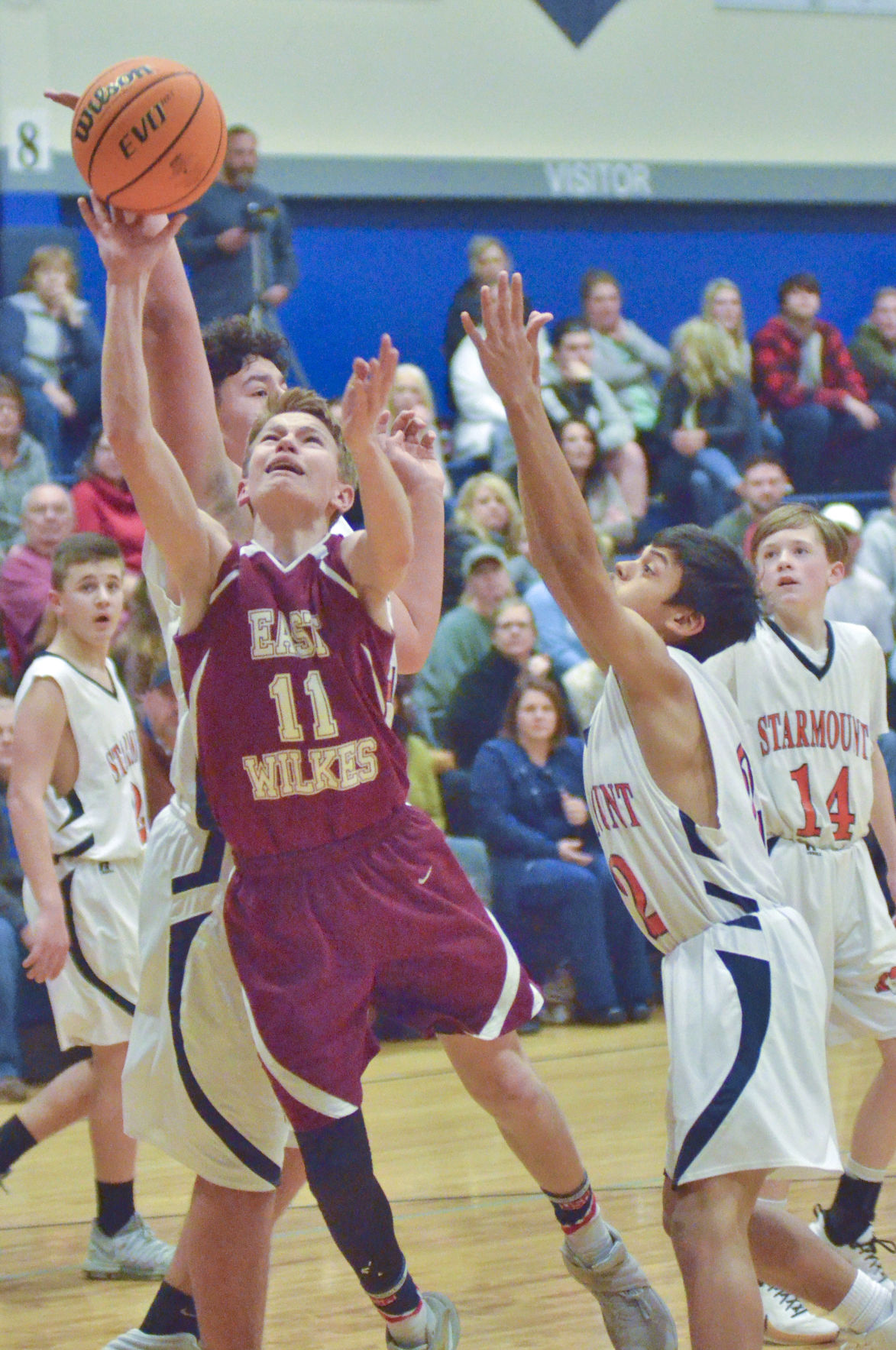 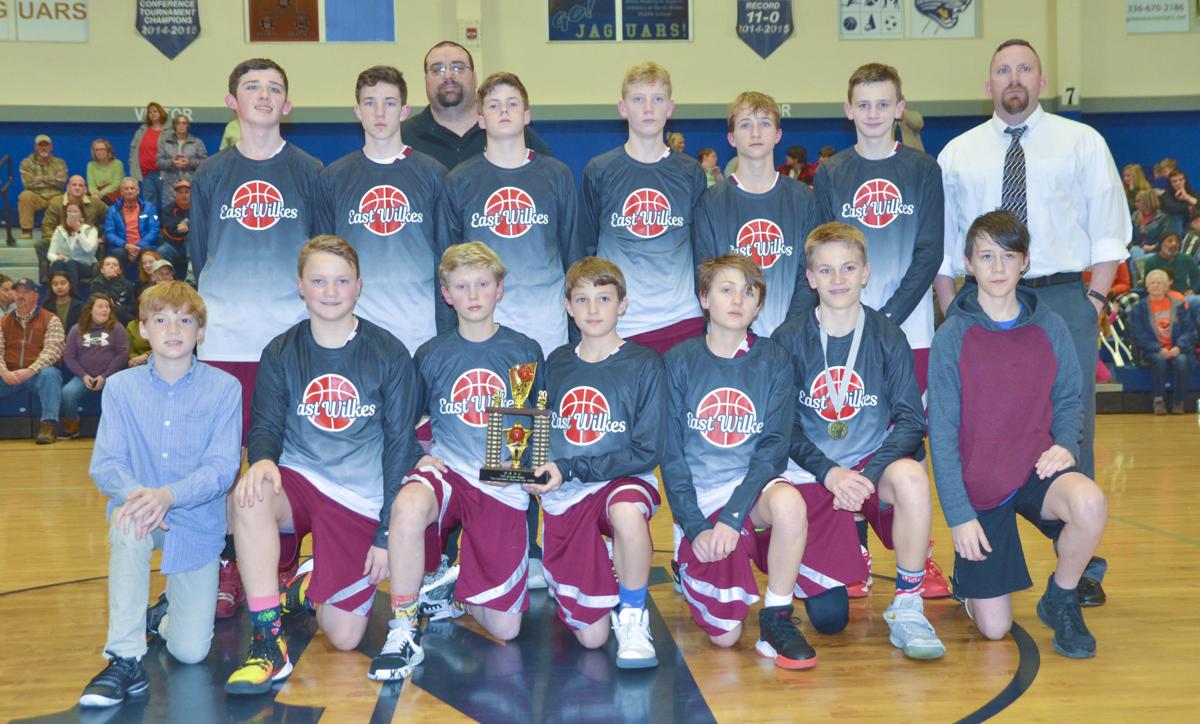 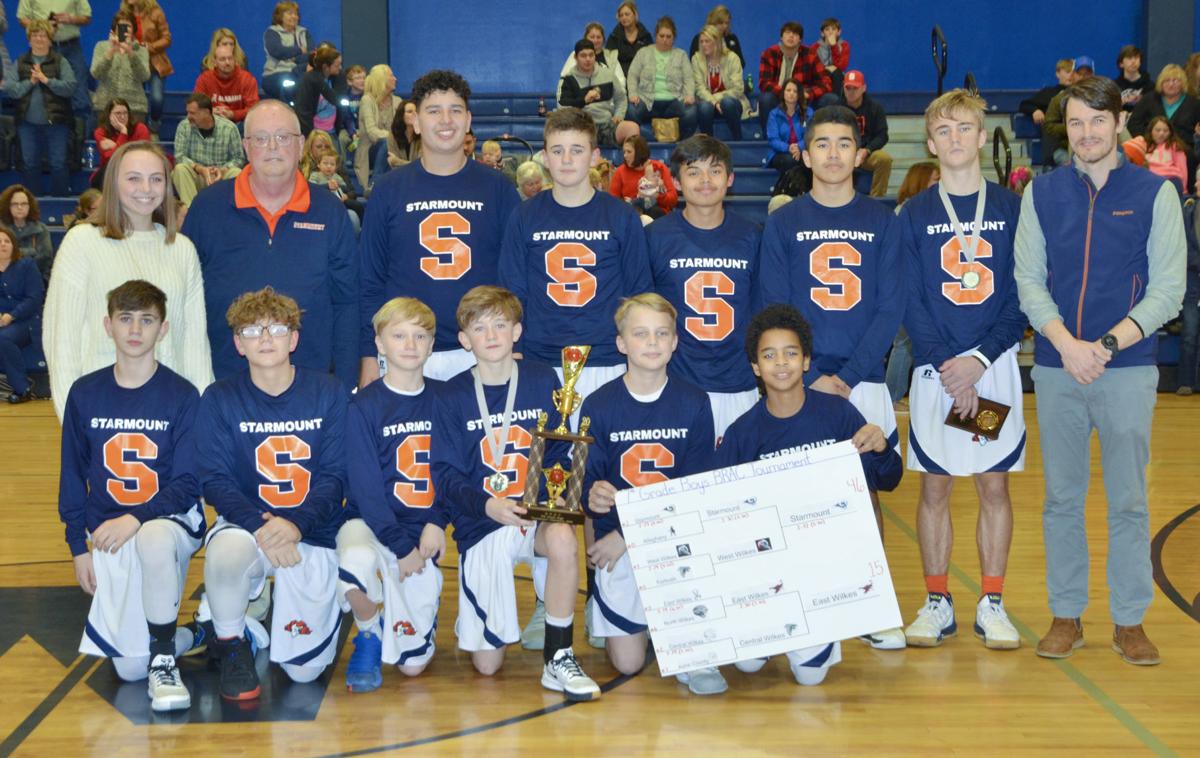 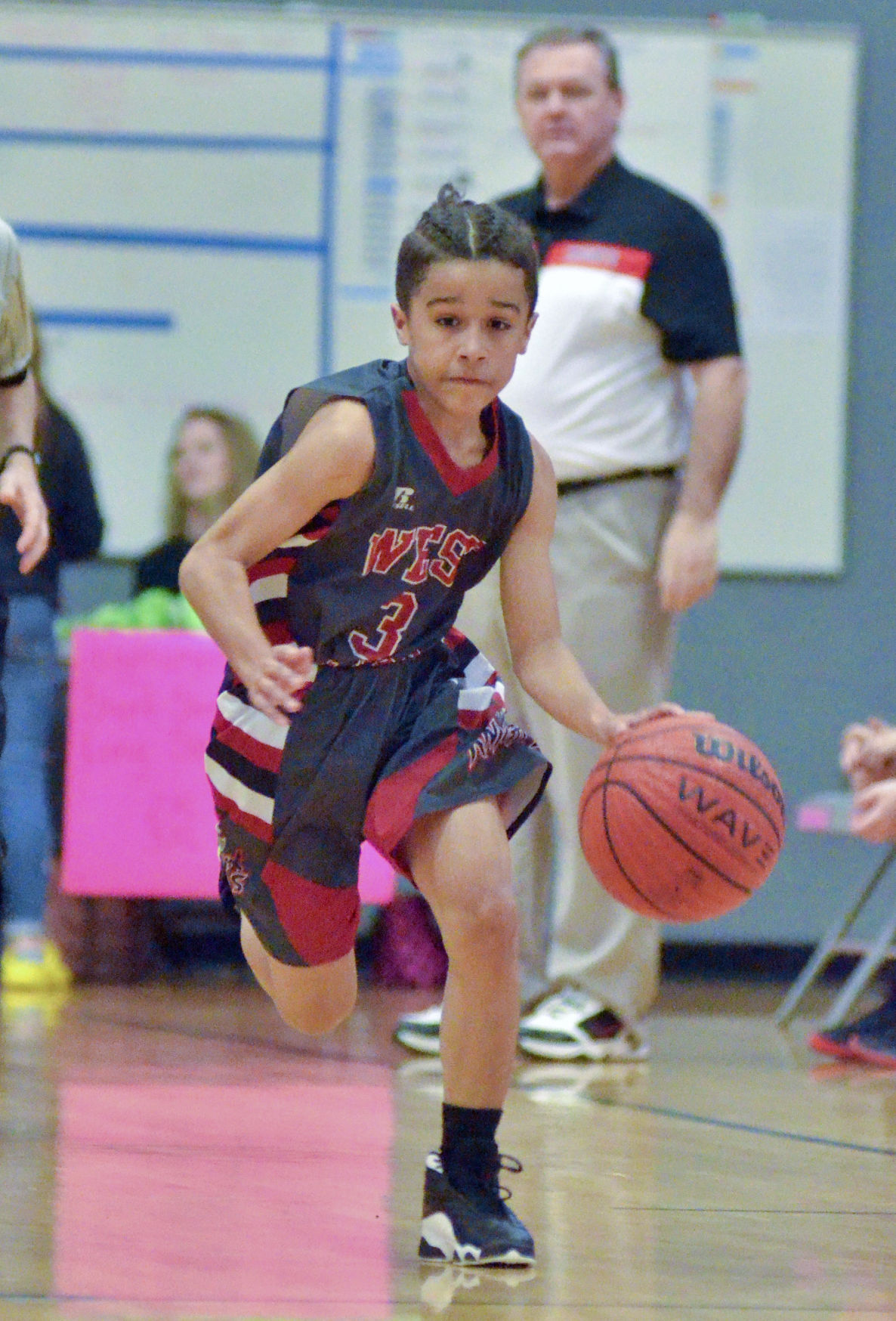 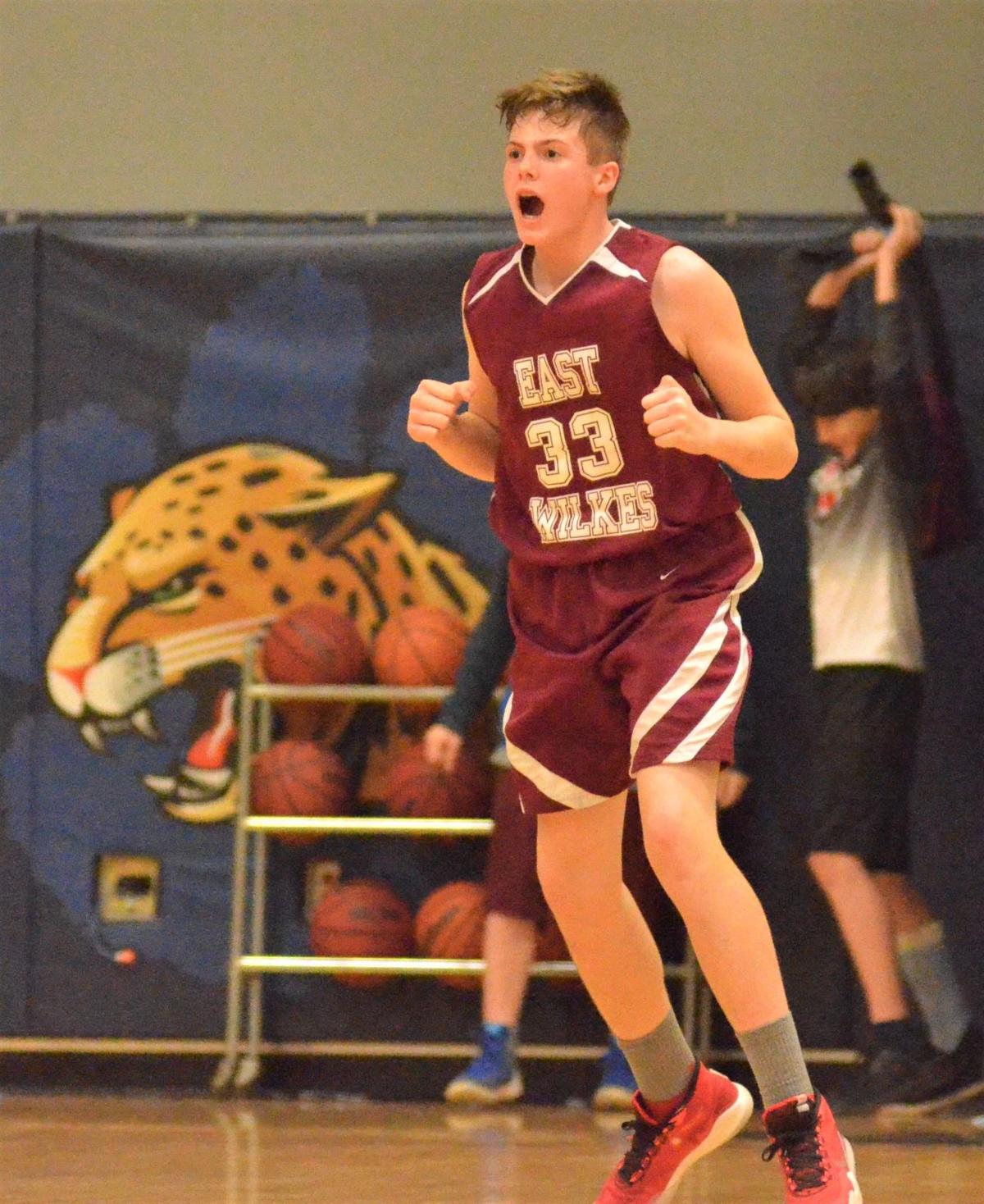 Central Wilkes' Noah McNeil and Tyler Surgeon fight with East Wilkes' Andrew Tharpe for the rebound on Thursday night and Payton Luffman looks on for the Scorpions.

West Wilkes' Grayson Clonch connects on a putback while being guarded by Starmount's Isaias Gonzalez, Muller Miranda and Brayden Snow.

The top-seeded Rams scored the game’s first 11 points, including six from Crater. Named the tournament’s Most Valuable Player, Crater finished with a game-high 19 points.

East Wilkes wasn’t able to get into the scoring column until Levi Sadler’s jumper with five seconds to play in the first quarter.

East’s Andrew Tharpe connected on a 3-pointer to cut the Rams’ lead to 19-8 just before halftime.

But from there, Starmount took over with a 13-0 run, highlighted by a putback from Crater.

Despite scoring in single digits in every quarter, Phoenix Blackburn highlighted the No. 3 seed Scorpions when he converted an old-fashion 3-point play late in the third quarter.

Note: In addition to Crater and Lambert, West Wilkes’ Parker Gilreath and Central Wilkes’ Brady Scott were also selected to the all-tournament team, as was Starmount’s Dylan McGlamrock.

East Wilkes’ Payton Luffman and Blackburn came through in the clutch on Thursday night as the No. 3 Scorpions advanced to the championship game of the inaugural BRAC seventh-grade tournament at North Wilkes Middle School.

Luffman connected on a deep two to tie the game 42-42 with 1:15 to play. It was the ninth time that the game had been tied.

A free throw from Jermaine Ferguson and a putback from Tyler Surgeon put the No. 2 Falcons ahead by one (45-44) with 40 seconds to play.

Thursday’s semifinal was hotly contested as the game had 10 ties and 15 lead changes, including four times in the final six minutes. East led by as many as eight early in the fourth on a 3-pointer from Lambert, who led the way for the Scorpions with a game-high 18 points and Luffman would chip in five.

A stellar game from Crater advanced the top-seeded Rams into the BRAC championship game on Thursday evening.

Crater poured in a game-high 32 points for Starmount, which led by just eight (17-9) at halftime.

But the Rams outscored West Wilkes by eight in the third quarter and extended the advantage to 18 at 32-14 on back-to-back baskets from Crater.

Grayson Clonch, who scored seven of his eight points in the fourth quarter, responded with a 3-point play on a putback to help spur a mini-comeback by the No.4 Knights.