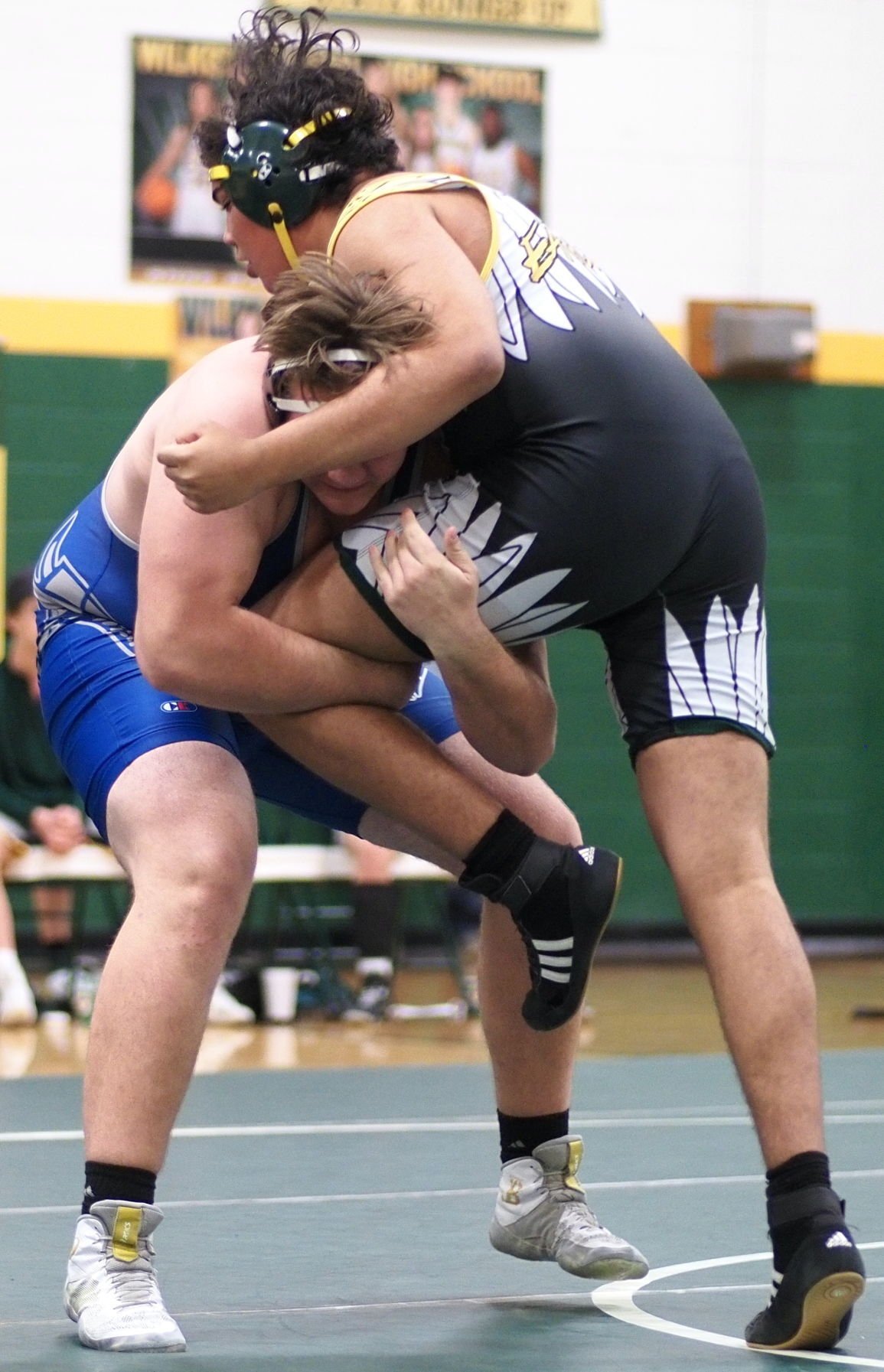 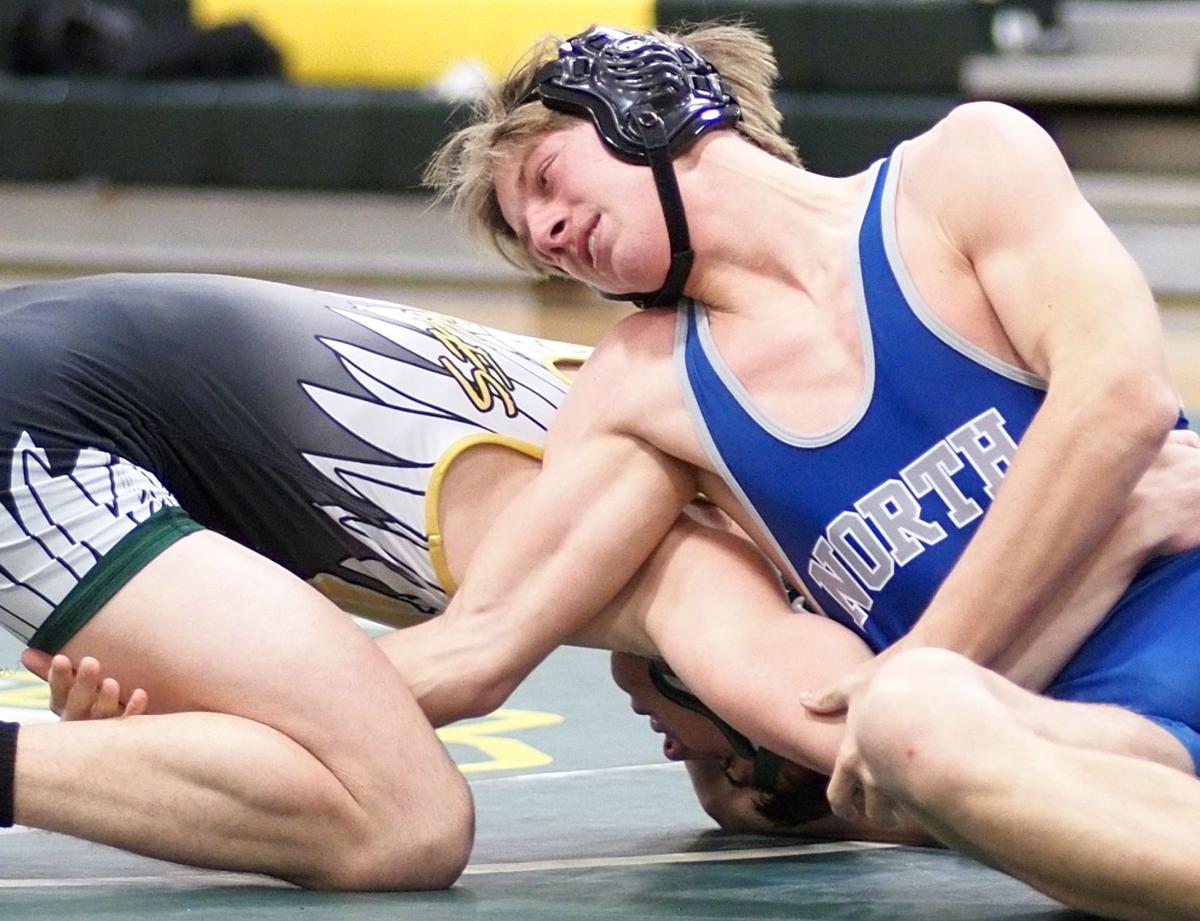 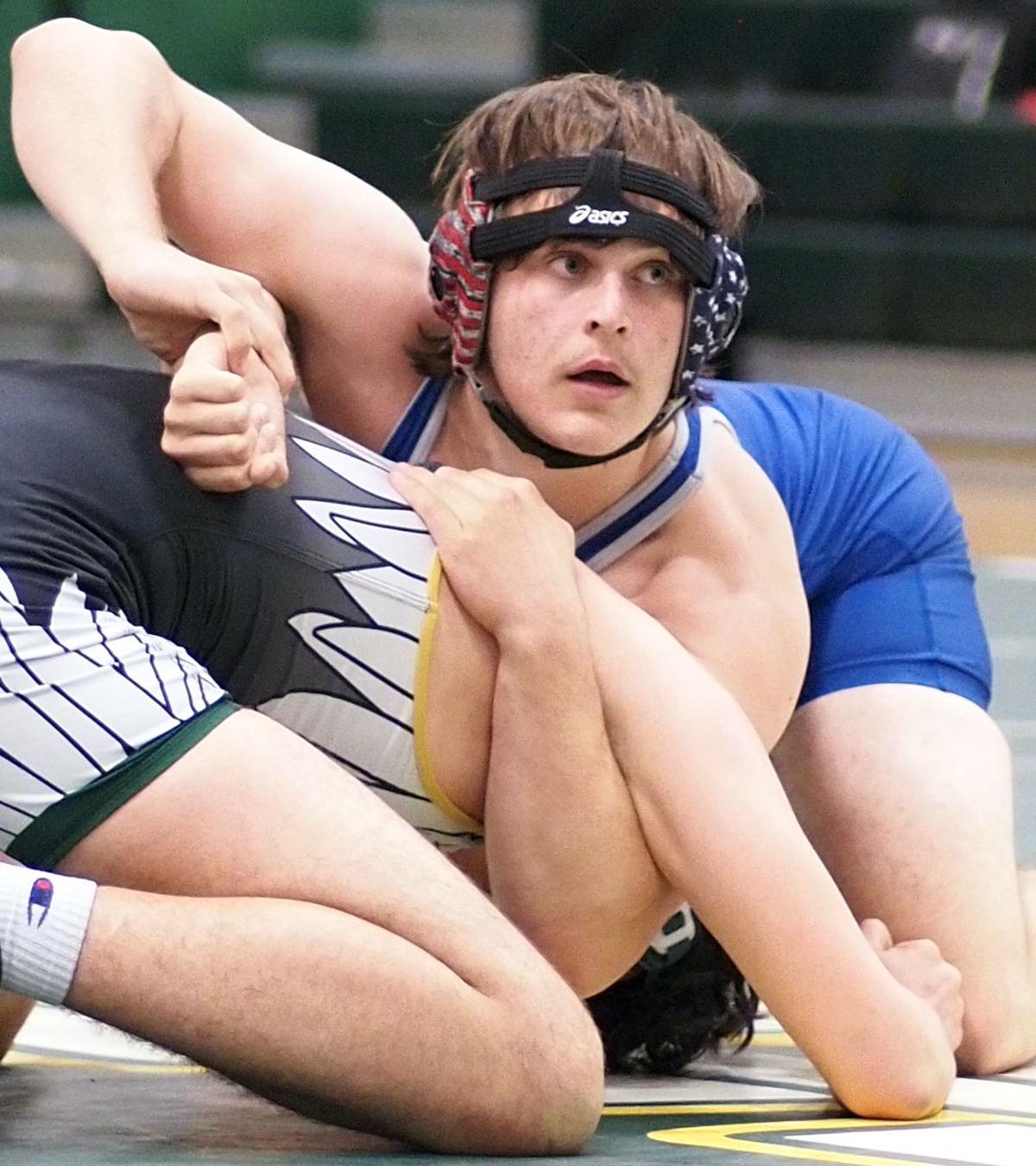 West Wilkes senior Riley Shaw finished first at 113 pounds. He scored a fall at the end of the second period over North Wilkes sophomore Simitrio Hernandez to improve to 31-0 on the season.

Wilkes Central senior Tyler Holland was the 126-pound champion. He pinned West Forsyth’s Damian Cisneros in the third period of the finals to move to 25-0.

North Wilkes senior Calvin Transeau was victorious at 285, taking a 13-6 decision over Colton Terry in the finals. Transeau is 23-5 this season.

North junior Alexander Ball took third at 138 after a first-period pin over West Forsyth’s Angel Mobley in the consolation finals.

North junior Mason Dancy was third at 170, taking a 10-3 decision over East Surry’s Braden Snow in the consolation finals.

West Wilkes split a pair of dual meets in Millers Creek on Friday. They were the Foothills 2A Conference openers for the Blackhawks.

North Wilkes roared to a 59-24 win over Wilkes Central in Moravian Falls on Thursday.

The Vikings were fast out of the gate in the Foothills 2A Conference contest, building a 18-0 lead after the three weight classes.

North’s Benjamin South then scored a fall over Devon Bowlin with 50 seconds left in their 120-pound matchup.

At 132 pounds, Central senior Tyler Holland stayed unbeaten this season by pinning Chandler Johnson with 1:19 left in the second period.

North’s Chase Eller responded with a first-period pin of John Arellano, at the 1:12 mark of their 138-pound match.

Alexander Ball of the Vikings then took a fall over Zach Cox with 36 seconds remaining in the first period of their 145-pound bout. North then led 30-6.

Central senior Erik Lomeli scored a fall over Brayden Scronce with 1:13 left in the opening period of their 160-pound matchup.

At 170, North’s Mason Dancy then pinned Christopher Lomeli with 17 seconds remaining in the first period.

After the teams exchanged forfeits at 182 and 195, Central’s Ray-Kwan Hayes scored a fall over Dylan Lovette with 25 seconds left in the opening two-minute session.

In the final bout of the night, North’s Calvin Transeau needed only 20 seconds to pin Joey Jarvis.

Prior to the match, Central seniors Erik Lomeli, Zach Cox and Tyler Holland were recognized.

It was the league opener for the Vikings, who powered up to 7-5 overall, while the Eagles dipped to 5-9 overall and 0-2 in league matchups.

East Wilkes moved to 3-0 in the Northwest 1A Conference after a pair of wins at North Stokes on Jan. 5.

The Cardinals annihilated the hosts, 70-12, and also turned back East Surry, 46-28, in a nonleague event.

Against North Stokes, East’s winners in contested matches were Alden Kraemer by major decision at 138, Kyle Thompson by pin at 182 and Isaiah Edwards via fall at 220.

Versus East Surry, Cardinal victors in challenged weights were Jackson Douglas by pin at 120, Zac Helms via major decision at 132, Kraemer by fall, Kole Lambert via pin at 145, Dylan Ramage by fall at 152 and Tristan Alkire via pin at 170.

Except for a few afternoon clouds, mainly sunny. High 49F. Winds WSW at 5 to 10 mph.

Sunshine along with some cloudy intervals. High 49F. Winds light and variable.