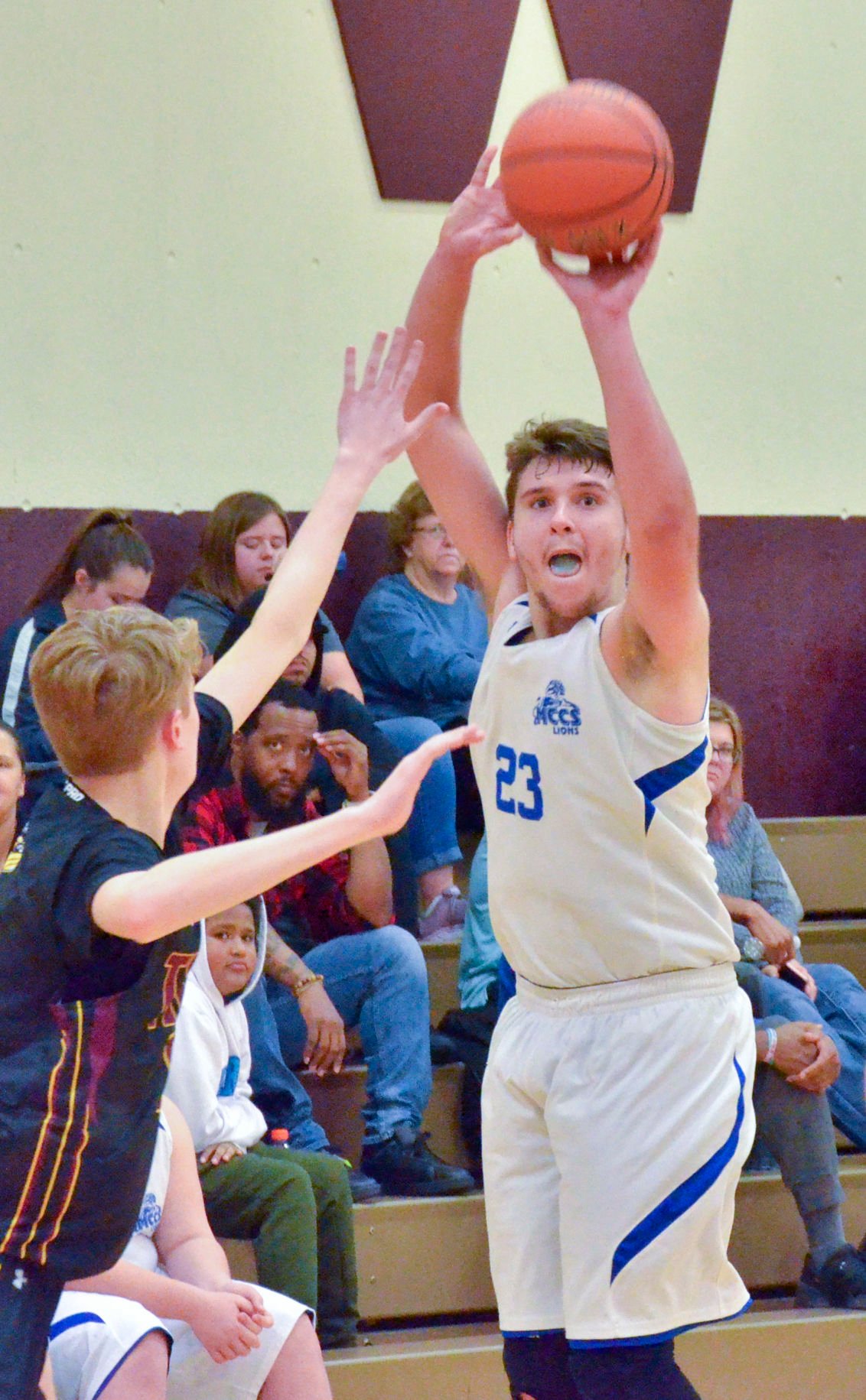 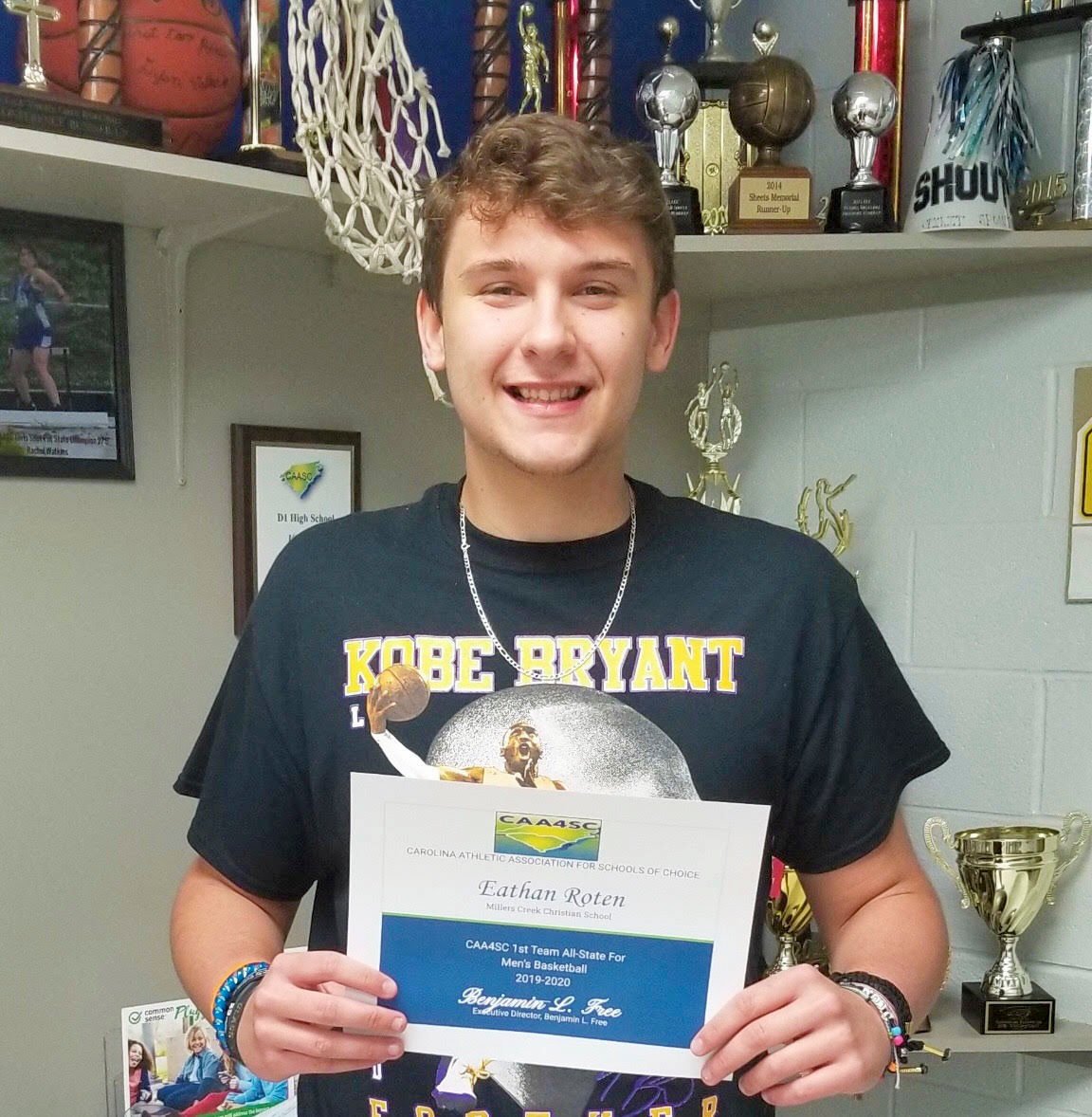 As Eathan Roten walks out the doors of Millers Creek Christian School, he picked up one last impressive athletic honor.

Roten was recently named to the Carolina Athletic Association For Schools of Choice all-state boys basketball team for the 2019-20 season.

During his senior season, one in which he missed three games due to injury, Roten averaged 21 points a game and grabbed 3.5 rebounds a game. He also became the second player in the school’s history to reach the 1,000-point plateau for their playing career.

In addition to basketball, Roten was also a member of the Lions’ soccer and track and field programs. In track, he was a three-time state qualifier for the CAA4SC championships.

“Eathan came to MCCS his freshman year and he has been a tremendous asset to our school as well as our basketball program. Our student body looks up to him,” said Gurchiek. “On the basketball court. he’s been the cornerstone. Our offense ran through him for three years and every team we played prepared to stop Eathan. He has helped our other players grow as he made everyone else better.”

When Roten joined Millers Creek Christian’s basketball team as a freshman during the 2016-17 season, he played alongside fellow 1,000-point scorer Lucas Billings.

That season was a memorable one as the Lions, who were in their first year with the CAA4SC, reached the second round of the state playoffs.

After not making the playoffs the next two seasons, Roten and Millers Creek Christian returned to the CAASC playoffs this past winter, falling to Piedmont Classical in the opening round.

The Lions finished 7-15 last season but had some impressive wins, including a pair over rival Millennium Charter Academy, which is currently an independent in the North Carolina High School Athletic Association.

Gurchiek also stated while Roten and fellow senior Lion Will Huffman will be missed, Millers Creek is expected to return four players who started at some point last season. Rising juniors Aiden Childers and Caleb Eller were starters last season, as were rising sophomores Nic Eller and Josiah Critcher.

The Lions are expected to return one rising senior, Taylor Marsh, as well as rising sophomores Carter Evans and Bryson Welborn. Rising freshman Andin Ashford played a handful of games on the Lions’ varsity squad as an eighth grader, but is also expected to return.

Intervals of clouds and sunshine. A stray afternoon thunderstorm is possible. High 88F. Winds SSE at 5 to 10 mph.

Partly cloudy. A stray shower or thunderstorm is possible. Low near 65F. Winds light and variable.