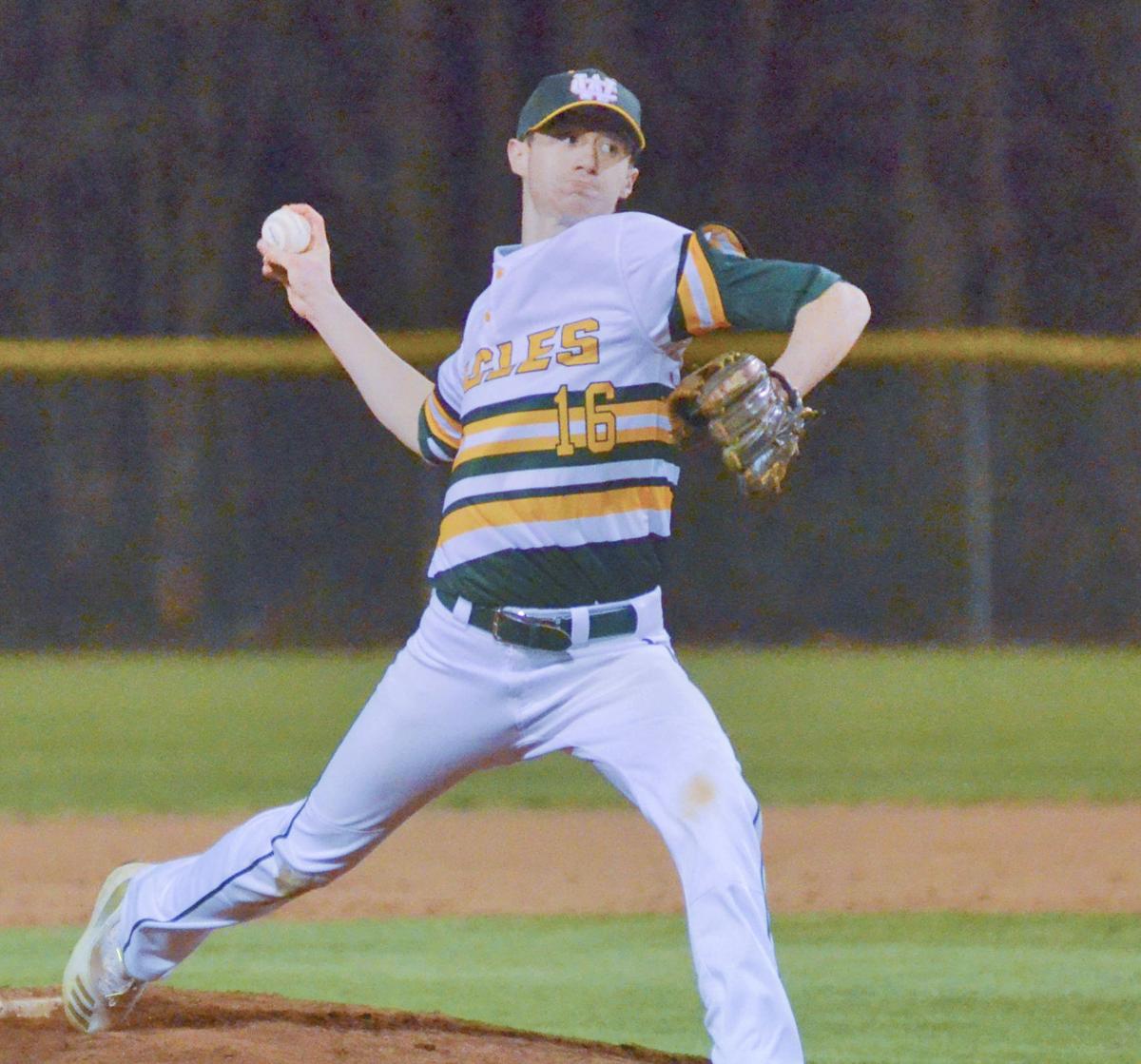 ZACH MASTIN delivers a pitch for Wilkes Central  in the seventh inning of Monday night’s extra-inning affair against Hibriten. 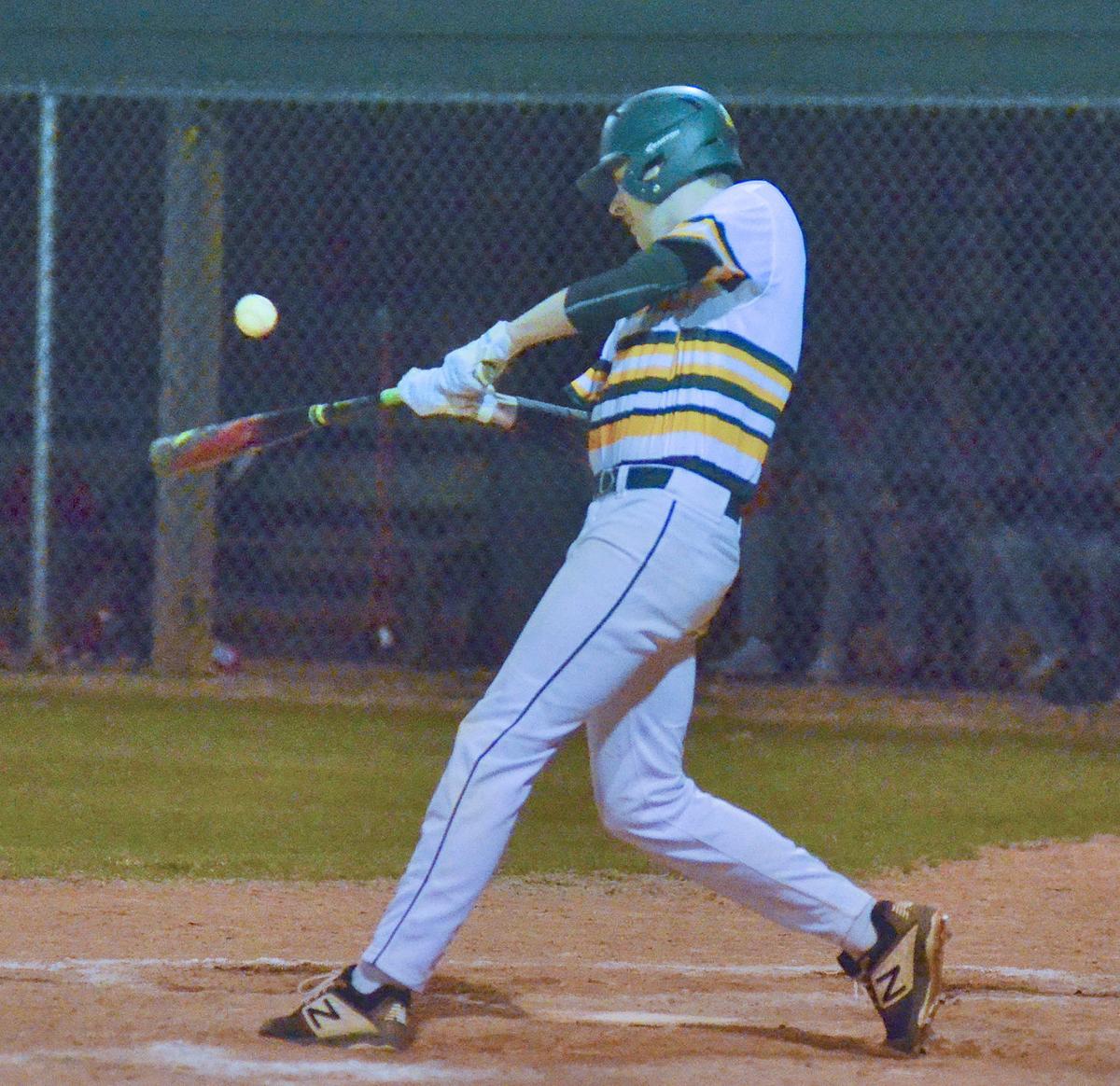 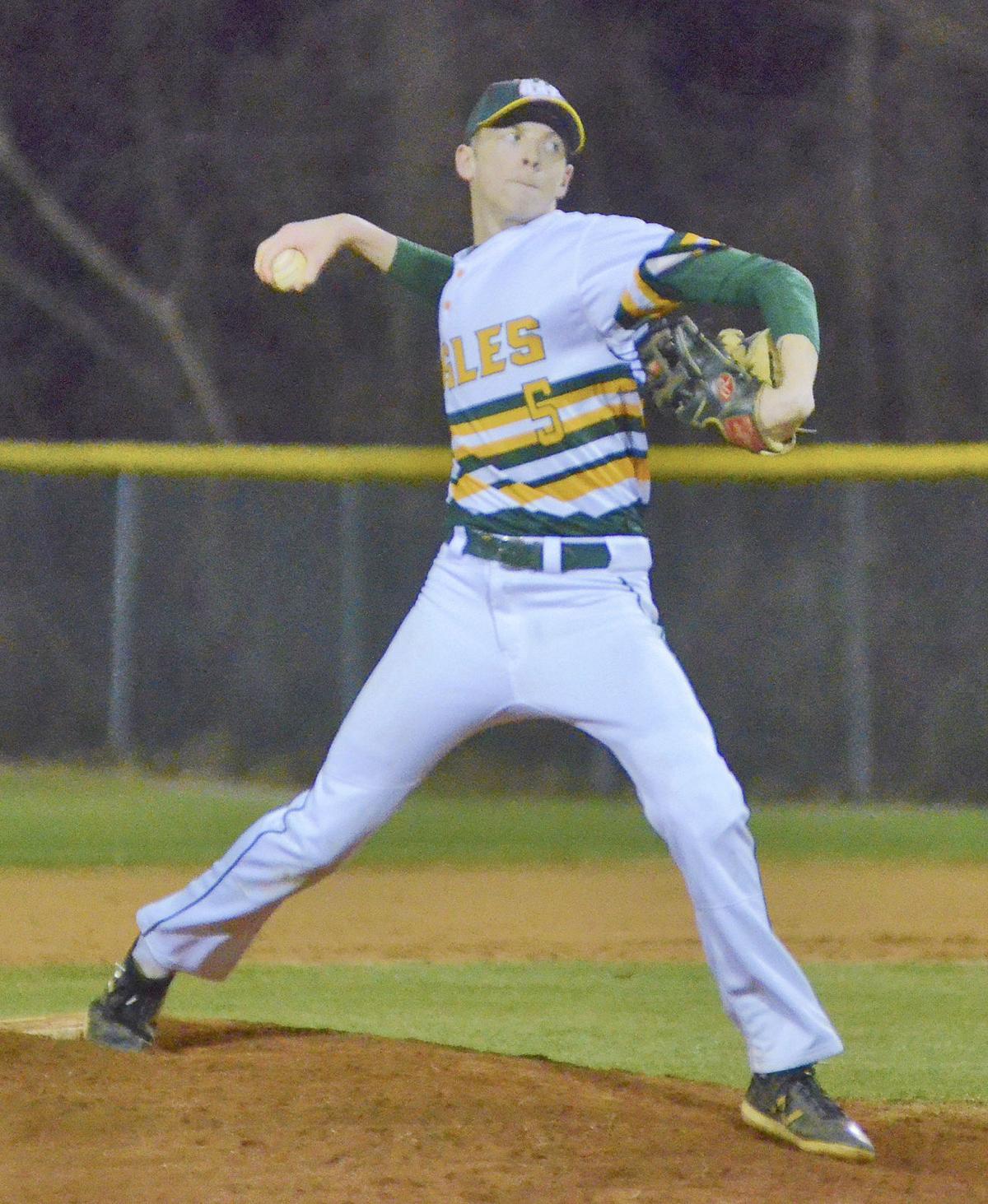 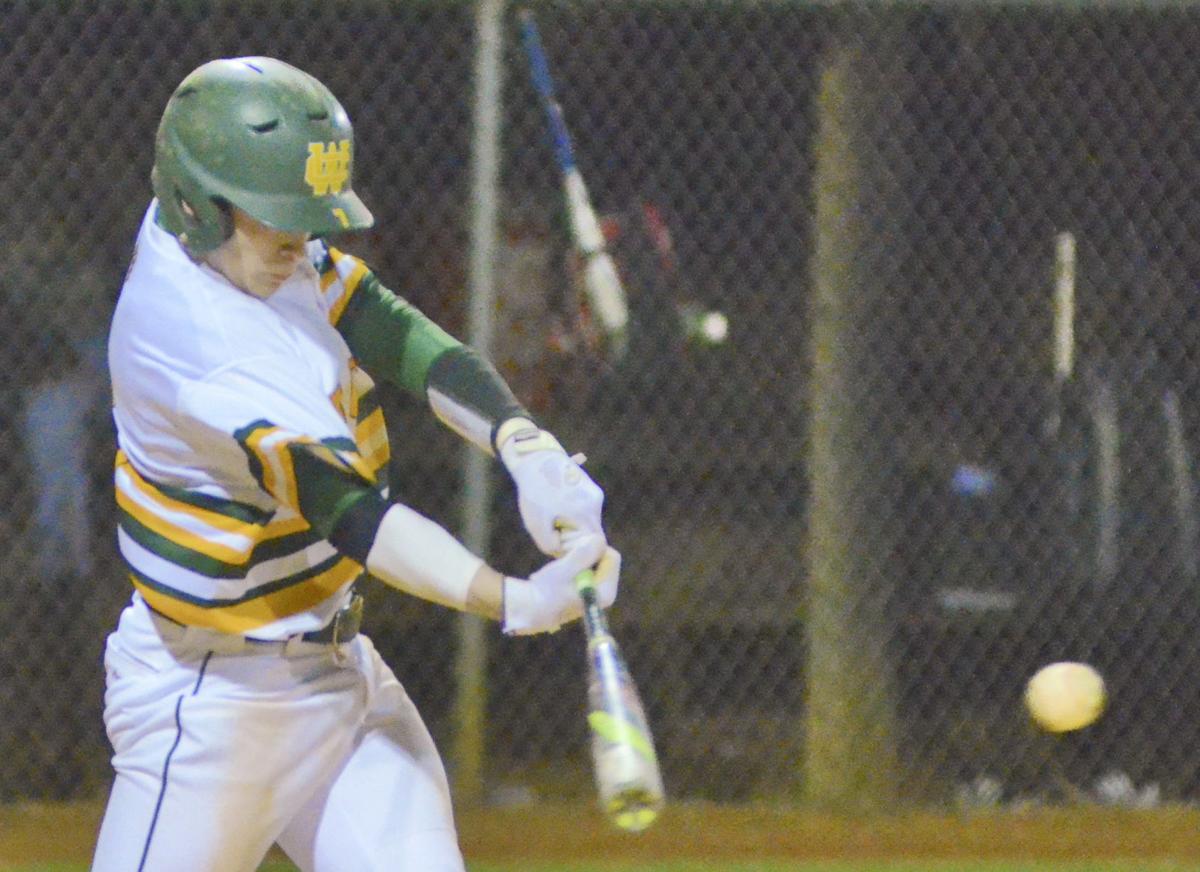 ZACH MASTIN delivers a pitch for Wilkes Central  in the seventh inning of Monday night’s extra-inning affair against Hibriten.

The Wilkes Central Eagles lost in extra innings to Hibriten by a score of 9-7 at Major Larry J. Bauguess Jr. Field in Moravian Falls Monday night.

The Eagles’ efforts were hindered by leaving 13 runners on base over the course of the game.

The Panthers jumped on the Eagles in the top of the first inning.

The first two batters worked the count to reach first base on walks from Eagles’ starting pitcher Hunter Johnson. Jack Stevens smacked a double to drive in two runs and Mason Reynolds singled to drive in Steven to give Hibriten a 3-0 lead.

“We were flat today, last week when we played Alexander Central, a 3A school, we were jacked up to play,” said Wilkes Central Head Coach Terry Johnson. “We started out with a lackadaisical attitude. We are waiting for something to happen before we get fired up.”

The Eagles (1-2) fought back as they scored two runs in the home half of the first. Alex Nichols and Aiken Minton walked and Hunter Johnson singled to score Nichols. Landon Perry drove in Minton on a fielders’ choice.

Both teams had runners in scoring position in the third inning but neither team managed to push a run across.

In the fourth inning, Hibriten (3-1 after its 14-0 win over Draughn on Tuesday) scored four runs while only getting one hit. Three base on balls and one hit batsman accounted for all the other base runners. After striking out the leadoff batter Johnson hit Jake Absher with a pitch.

Terry Johnson then brought in Aiken Minton to relieve Johnson. Minton had trouble settling in and issued three walks and a single by Luke Absher to drive in two runs. The other two runs scored as a result of ground ball fielders’ choice.

Brody Johnson led off the bottom of the inning with a single and advanced to second on an error by the shortstop on a grounder off the bat of Hayden Dice. Both runners advanced on a ground out to first and Johnson scored on a sacrifice fly to right by Minton.

The next two Eagles walked to load the bases and Landon Perry walked to score Dice. With the bases still full of Eagles, Zach Mastin singled to score Nick Hartley, cutting the deficit to two at 7-5. Weston Inscore struck out to end the inning leaving the bases loaded.

Wilkes Central tied the game 7-7 in the bottom of the fifth. With two outs and no Eagles aboard, Alex Nichols singled and Minton walked. Hartley singled to load the bases and Hunter Johnson delivered a single to drive in Nichols and Minton.

“Hunter settled in and we got back in the game and cut the lead down to one,” said Terry Johnson. “When we went to Aiken, he started out kind of bad; he didn’t help himself a whole lot but we battled back again and tied it up.”

In the sixth and seventh innings neither team advanced a runner past second base. In the top of the eighth inning Hibriten’s Ethan Watson reached base on an error and Jack Stevens smashed a 1-1 pitch over the left field fence to give the Panthers a 9-7 lead.

In the home half of the eighth, Perry led off with a single to give Wilkes Central hope. The next two batters were retired via strikeout and the game ended on a pop fly to right field by Brody Johnson.

“It’s a non conference game, they’re a 2A school, maybe we will see them in the playoffs. We’re 0-2 against them but we’ve left a ton of runs on the bases,” said Johnson. “We left 13 (runners on base) the last time we played them, that was one of the things we talked about. We battled back like we are supposed to but when you give up a two-run homer in the top of the eighth it’s hard to come back when you only have three outs to do it.”

The Eagles will return to action today against Mount Airy. First pitch for the varsity-only contest is scheduled for 4:30 p.m. and 5 p.m., respectively.

Some clouds early will give way to generally clear conditions overnight. Low 37F. Winds NW at 10 to 15 mph.