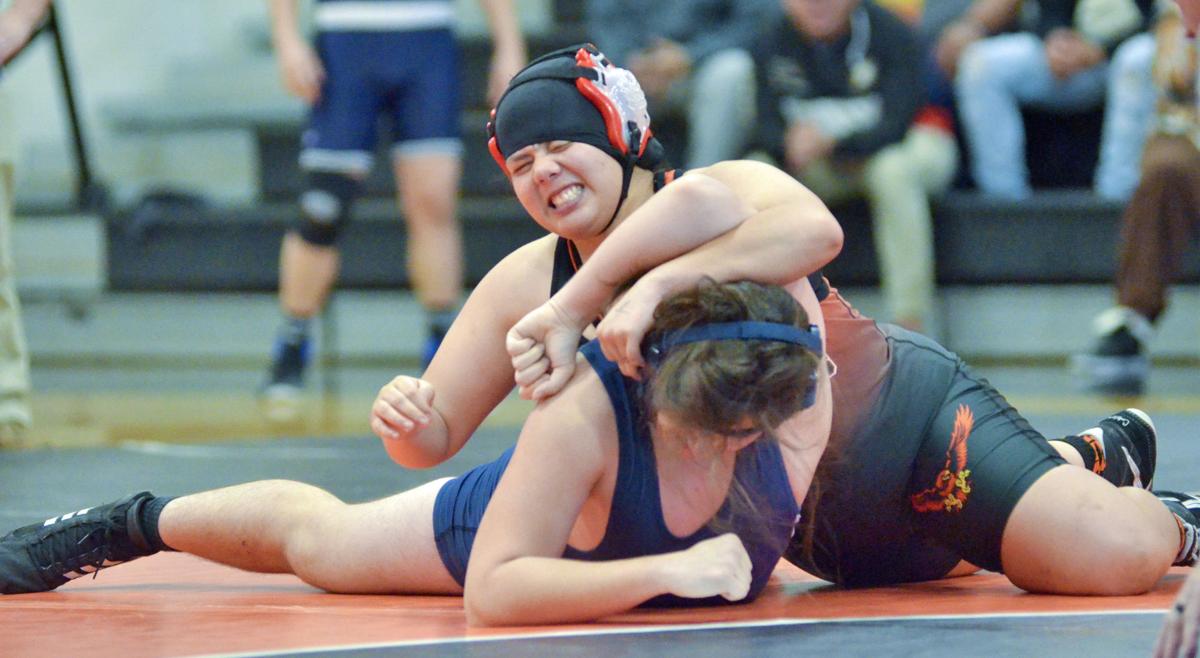 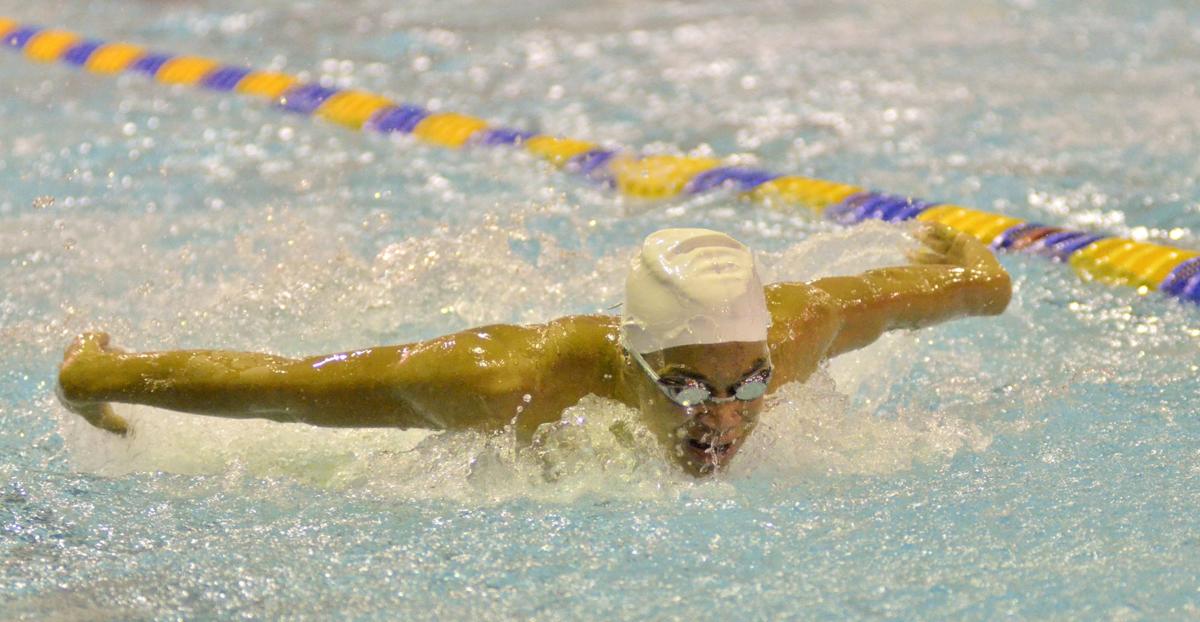 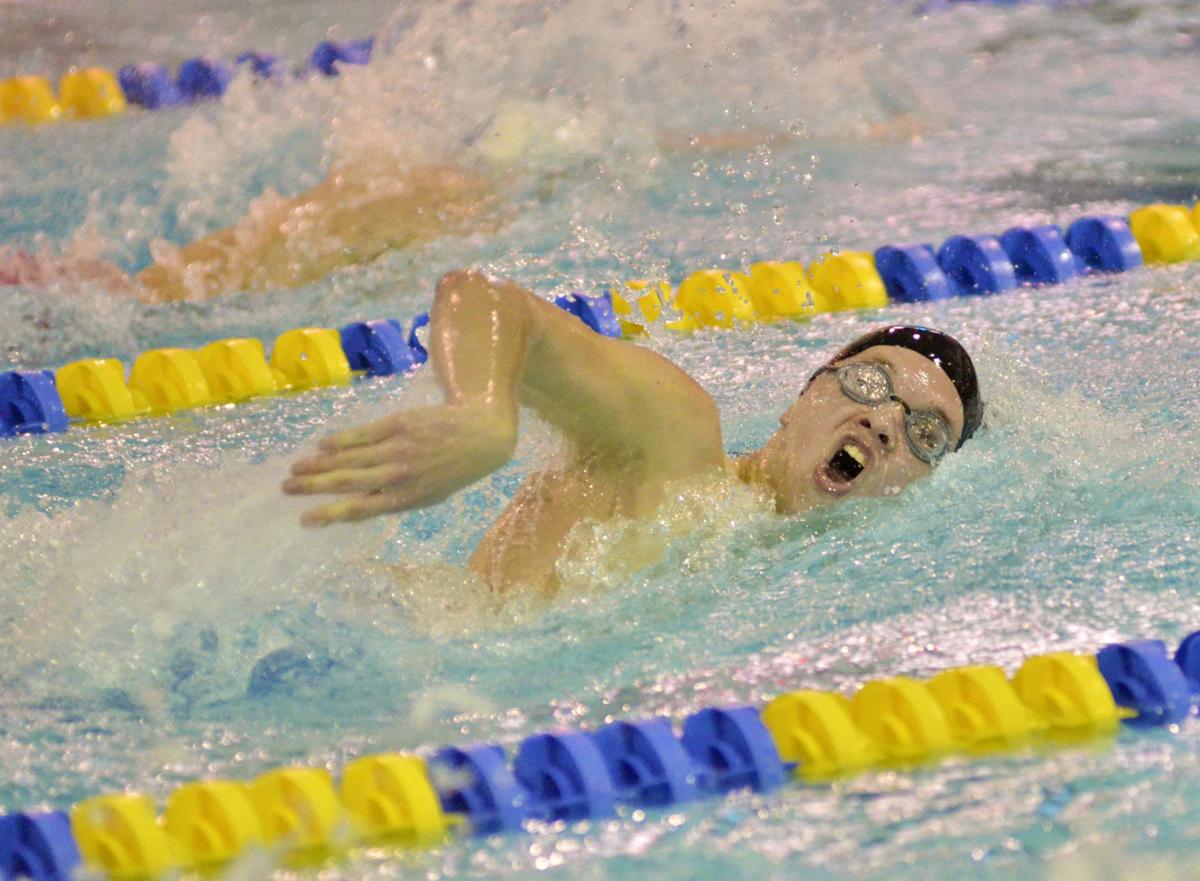 A year later and with a deeper field of female wrestlers, the event took place again on Saturday at Carolina Courts in Concord.

West Wilkes’ Jocelyn Paredes took full advantage of the opportunity to showcase her abilities and brought home a state runner-up finish in the 160/170-pound class.

Kelly Nichols, West Wilkes’ head wrestling coach, was happy to see Paredes have an opportunity to show what she could do against the girls.

Paredes, who placed in the event for 160/170 pounds last year, compiled a 1-3 record in regular-season matches for the Blackhawks while also wrestling in multiple exhibition matches.

“For her to go 3-1 in the tournament and to bring home a second-place finish is definitely a great day,” said Nichols. “She had a varsity record of 1-3 this season and that is her competing versus boys, not girls, so I know she was very excited about competing against just girls in this tournament. We are so proud of her and this accomplishment.”

On Saturday, Paredes pinned Purnell Swett’s Aaliyah Milligan in the first round and scored a 4-2 decision against Overhills’ LeSean Boyd. The sophomore advanced to the championship finals with a hard-fought 5-2 decision, in a tiebreaker, over Broughton’s Elisa Holly.

However, Paredes fell to Overhills’ Isabella Rose in the finals as Rose pinned her late in the first period.

According to a press release from the NCHSAA, the event demonstrated the explosive growth of women in wrestling and showcased some of the top high school female wrestlers in the state.

The inaugural event, held in Winston-Salem last year, featured 81 female wrestlers from across the state. This year’s event saw 182 wrestlers entered in the field.

Wilkes County swimmers have started off the winter 2019 postseason in grand fashion.

That trend continued on Thursday as a pair of county swimmers wrapped up their seasons at the NCHSAA 1A/2A boys swimming and diving championships inside the Triangle Aquatic Center in Cary.

Both West Wilkes’ Cameron Barlow and Correy Horton did well enough in their respective preliminaries for their events to qualify for finals.

Fresh off his regional championship last weekend, Barlow started with a seventh-place finish in the preliminaries of the 200-yard individual medley to advance.

The senior moved up a spot in the finals, placing sixth, and also took two seconds off his preliminary time, finishing the IM in 2:04.92 (he swam a 2:06.95 in the prelims).

Barlow also competed in the 100-yard freestyle. He took 13th in the preliminaries to qualify for the finals where he finished 16th in 52.53.

Horton competed in one event on Thursday — the 100 butterfly. He finished 16th in the preliminaries and then moved up four spots in the finals to place 12th at 55.77 seconds — almost a second better than his preliminary time of 56.68.

West Wilkes took 31st with 14 points and Wilkes Central was tied for 41st with three other schools with five points.