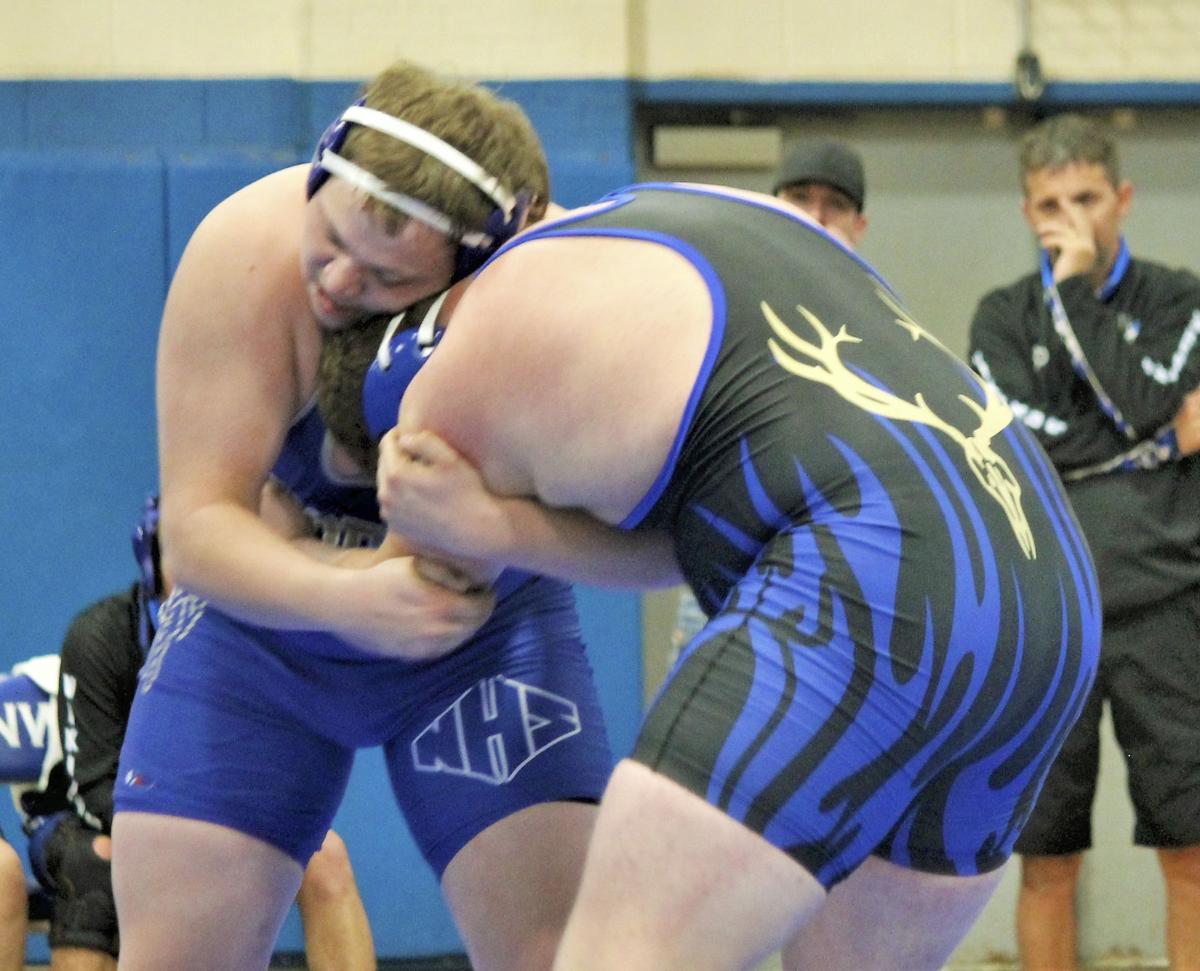 NORTH WILKES’ Patrick Vickers works for an angle against Elkin’s C.J. Henderson during the 295-pound match in Tuesday’s MVAC match. 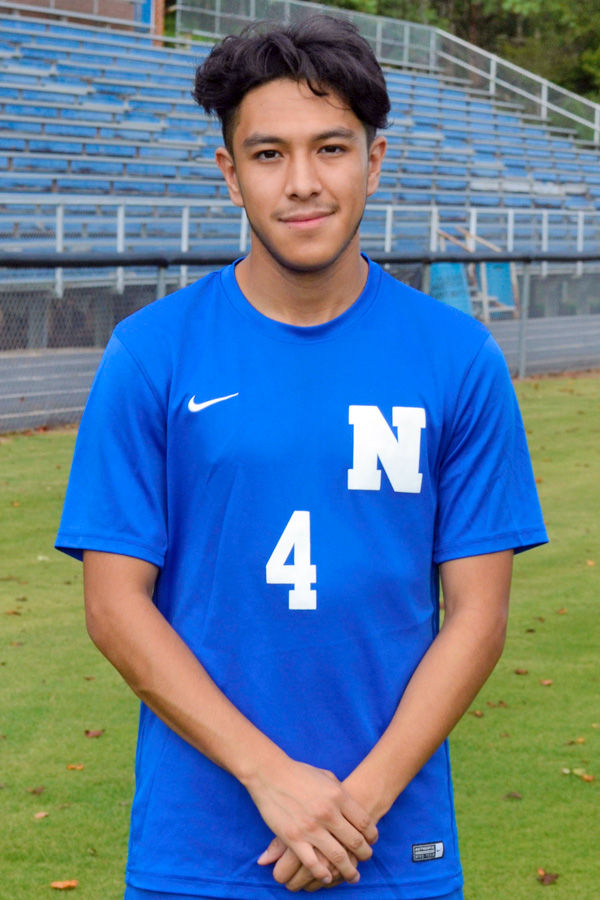 Surrendering 54 points in forfeits to the Vikings before any competition commenced, the Elks had no mathematical chance of victory in this contest.

North added two victories by pin fall to the nine employing forfeits to roll over the undermanned Elks 66-18. The Vikings moved to 1-0 in MVAC play and improved to .500 in dual action at 8-8.

“There were only a few matches that were wrestled”, stated North Wilkes Head Coach Jason Bowlin. “But in these contests, I thought our kids wrestled well.”

The opening bout in the 285-pound weight class pitted the MVAC’s two best heavyweights against each other for the second time this season.

Once again, Elkin’s C.J. Henderson bested North’s Patrick Vickers through fall, but Vickers made this one interesting.

Henderson built a 2-0 lead with an early takedown and carried this margin into the second period which started with Vickers in the advantaged position.

Vickers thwarted Henderson’s attempt at a standing escape as he threw his opponent to his back exposing his shoulders.

Vickers’ efforts earned him a three-point near-fall and a 3-2 lead in the bout before Henderson reversed control to come out of danger and reclaim a 4-3 lead. Vickers responded with an escape to tie the score 4-4.

In the waning seconds of the second period, Henderson delivered another takedown of Vickers, but this time, also managed to expose his opponent’s shoulders earning him a three-point near-fall and giving him a 9-4 lead in the match.

Thirty seconds into the third period, Henderson successfully turned and pinned Vickers to end the match.

“Patrick and C.J. always have tough matches,” said Bowlin. “Patrick certainly put himself into position to win this one in the second period before C.J. was able to come off his back.”

In the 113-pound bout, Parker Wells of the Vikings built a 7-0 lead over Elkin’s David Rojas before he pinned him at 3:05.

North’s Ariel Lagunas forged a 10-0 margin over Manuel Salas of the Elks before he pinned him in 3:10 in the 120-pound bout.

“I thought that Parker stepped up and got a big win for us” Bowlin continued.  “Ariel has been out of town for the holidays and today was his first-day back — he didn’t appear to miss a beat.”

Pin falls by Henderson and Ethan Van Horn, coupled with Adam Settle’s victory by forfeit netted the only points for the Elks.

North Wilkes will face its toughest conference test to date tonight when it travels to currently undefeated West Wilkes.