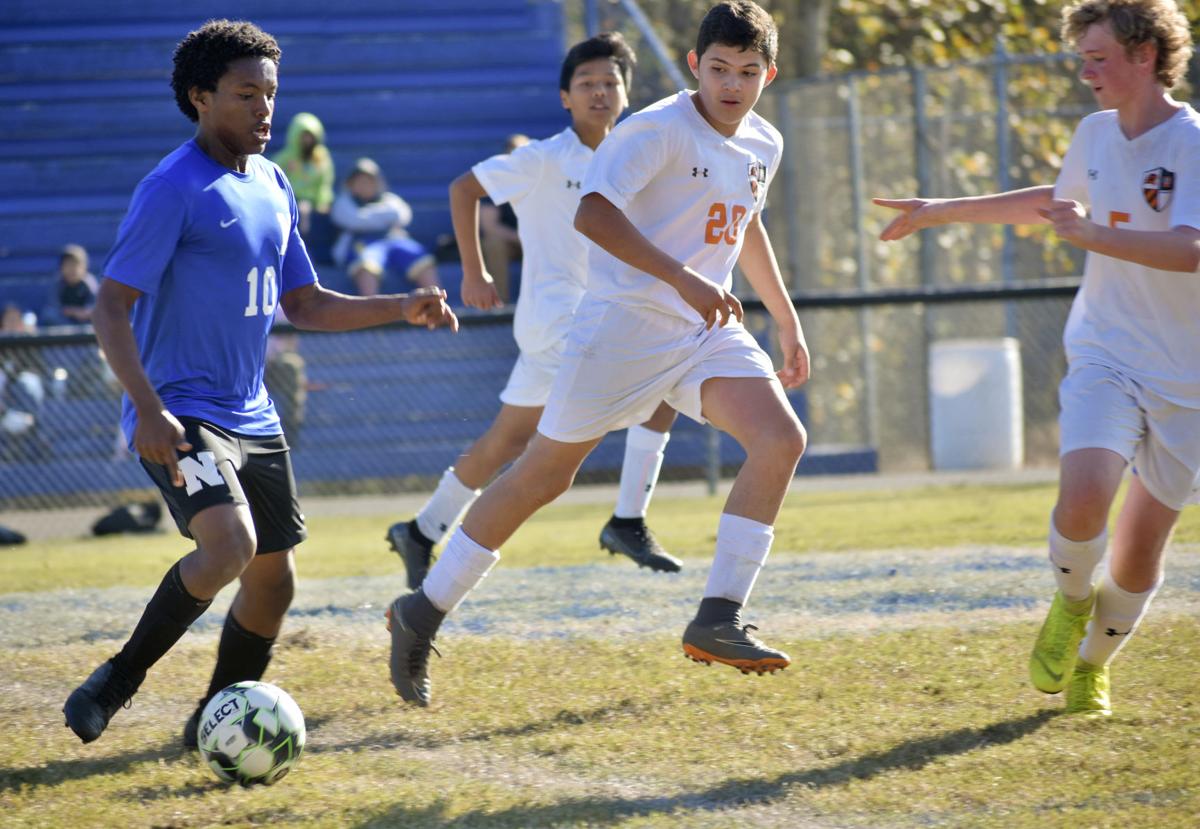 NORTH WILKES’ Samuel Panneton passes up the pitch against West Wilkes Omar Davalos (20) and Jackson Bell in the Vikings’ 6-0 win on Saturday afternoon in Hays. 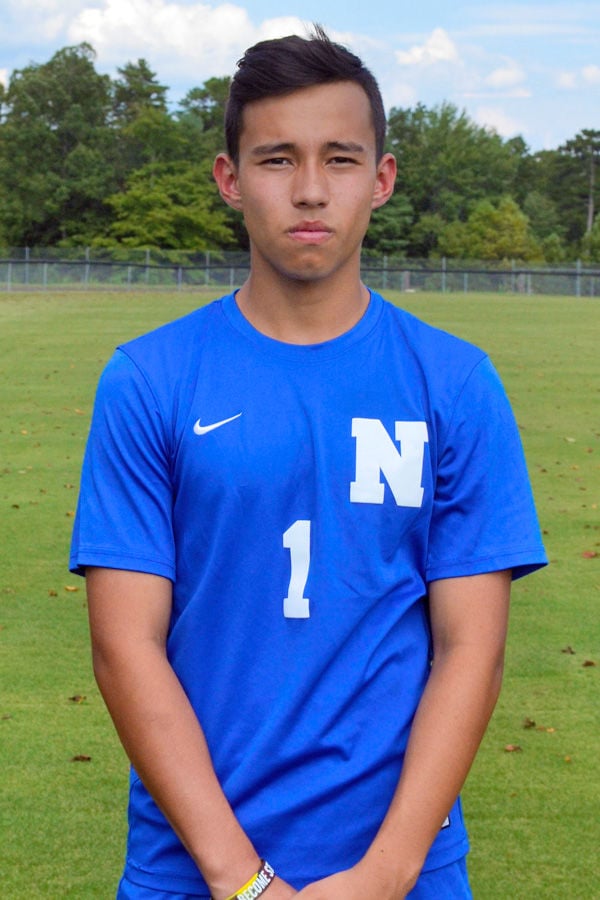 The North Wilkes and West Wilkes boy soccer teams ended their seasons on Saturday afternoon at Raner Wilkes Stadium in Hays as the Vikings finished the season on a three-game win streak, defeating the Blackhawks 6-0.

The Vikings ended their season on a high note, avenging earlier losses to Ashe County and West Wilkes on Friday and Saturday, respectively. The squads finished with identical 7-7 records in conference with West Wilkes posting a 12-8 record overall while North Wilkes concluded their season at 13-8-1.

Both teams fell short of the North Carolina High School Athletic Association playoffs, which were unveiled on Monday, despite both programs posting their best seasons in recent memory.

“This field’s just magical for our kids. And I knew before the game (against Ashe) by looking in their eyes we were gonna play well,” said Cline.

Due to the heavy rains earlier in the week, North Wilkes was forced to schedule two games in a 24-hour window in order to report scores to NCHSAA ahead of the Saturday deadline.

First up, was a matchup against second-place Ashe County. In a game that was back and forth until the very end, the Vikings pulled off the upset and defeated the Huskies 4-3. Samuel Panneton scored the game-winner in the last few minutes to give the Vikings their trademark win of 2019.

It was only the third conference loss of the season for the Huskies, with their previous two losses coming to the conference champions, the Starmount Rams.

Less than 24 hours later, the Vikings would kick off their season finale against the Hawks in Hays. West Wilkes jumped out on the slow starting Vikings, nearly scoring in the fourth minute of the match if not for an agile save from North’s Brayden McGlamery.

Despite the pressure from the West Wilkes attack, the Vikings would score against the run of play in the 19th minute, thanks to a long ball from D.J. Stanley, who got behind the West Wilkes defense.

Ruvalcaba would outrun the Blackhawk defense to the ball and blast the shot past West Wilkes’ Dylan Miller for the 1-0 lead.

“After the first goal, I think we just hung our heads and our effort cost us the most trouble. We just got out hustled,” commented West Head Coach Wesley Golds.

Ruvalcaba would double the lead 10 minutes later on a nearly identical play, this time with the assist coming from Panneton, to go ahead 2-0 at halftime.

“Alex, you just have to guard him. If he hadn’t gotten hurt midway through the season, I feel like he’s the player of the year. He’s got the biggest heart of any kid I’ve ever coached,” said Cline. “All these seniors were good kids that contributed. I’ve coached for 18 years and I’ve never had such a good group of leaders that I didn’t have to worry about things.”

The second half started much like the first, with West Wilkes forcing an early save from McGlamery.

But North Wilkes responded instantly, scoring twice in the opening four minutes. Panneton scored off the Vikings’ counter attack in the 42nd minute followed by a penalty kick goal from Felipe Morales two minutes later to increase the lead to 4-0.

Ruvalcaba completed the hat trick in his final game in the 65th minute, by once again, outrunning the West Wilkes defense to a long ball; this time dribbling past the charging goalkeeper to finish into an open net, for the 5-0 lead.

Ruvalcaba wasn’t done scoring however, as he would add another off an assist from Morales to ice the game.

When asked to summarize what made this year so successful for the Hawks, Golds responded, “Besides how Jack (McNeill) led us and carried us offensively at times, we had kids who came out and worked and gave really good effort. They showed up to practice, worked hard and gave effort every night.

Periods of rain. Low 64F. Winds light and variable. Chance of rain 80%. Rainfall near a half an inch.

Thunderstorms in the evening, then variable clouds overnight with still a chance of showers. Low around 60F. Winds light and variable. Chance of rain 80%.