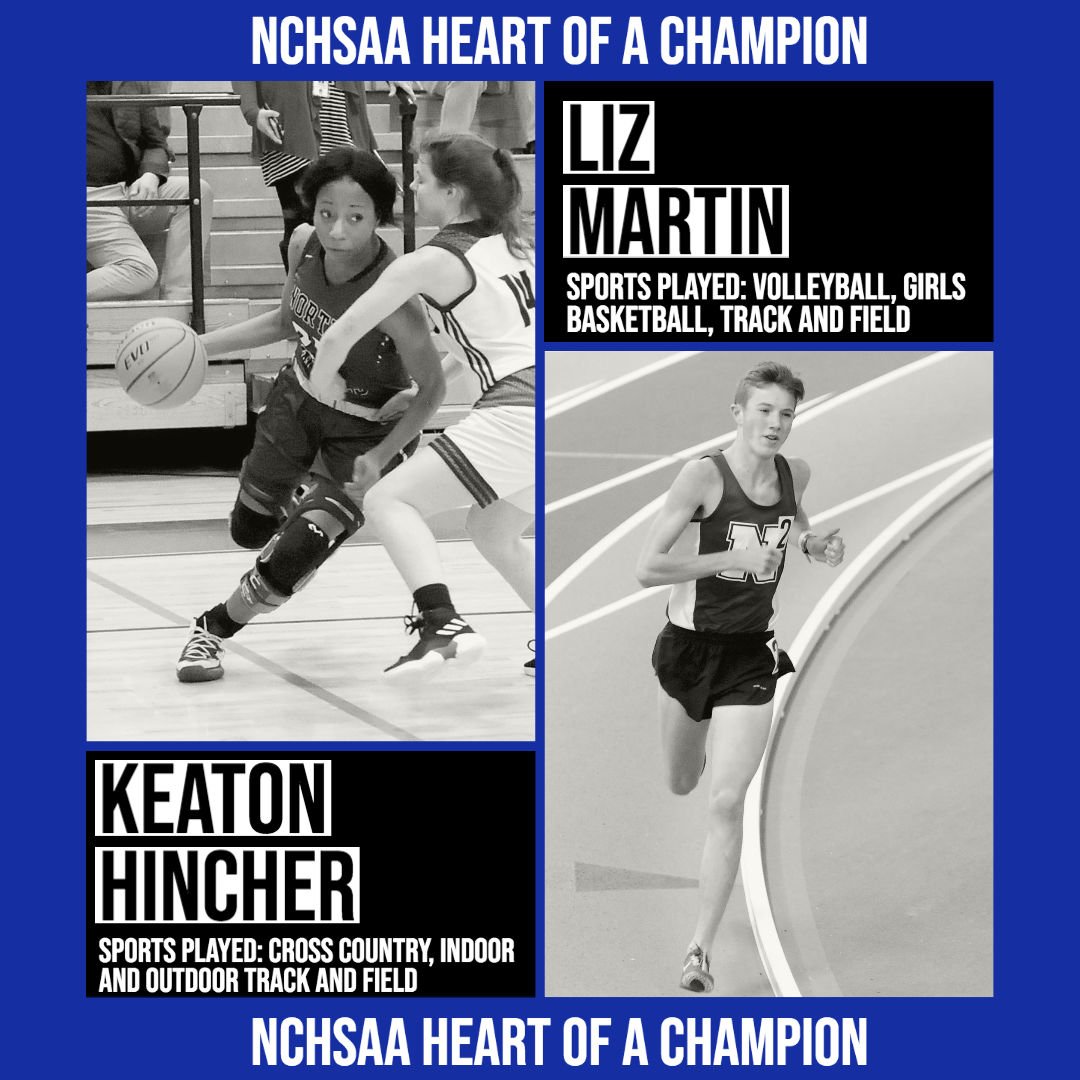 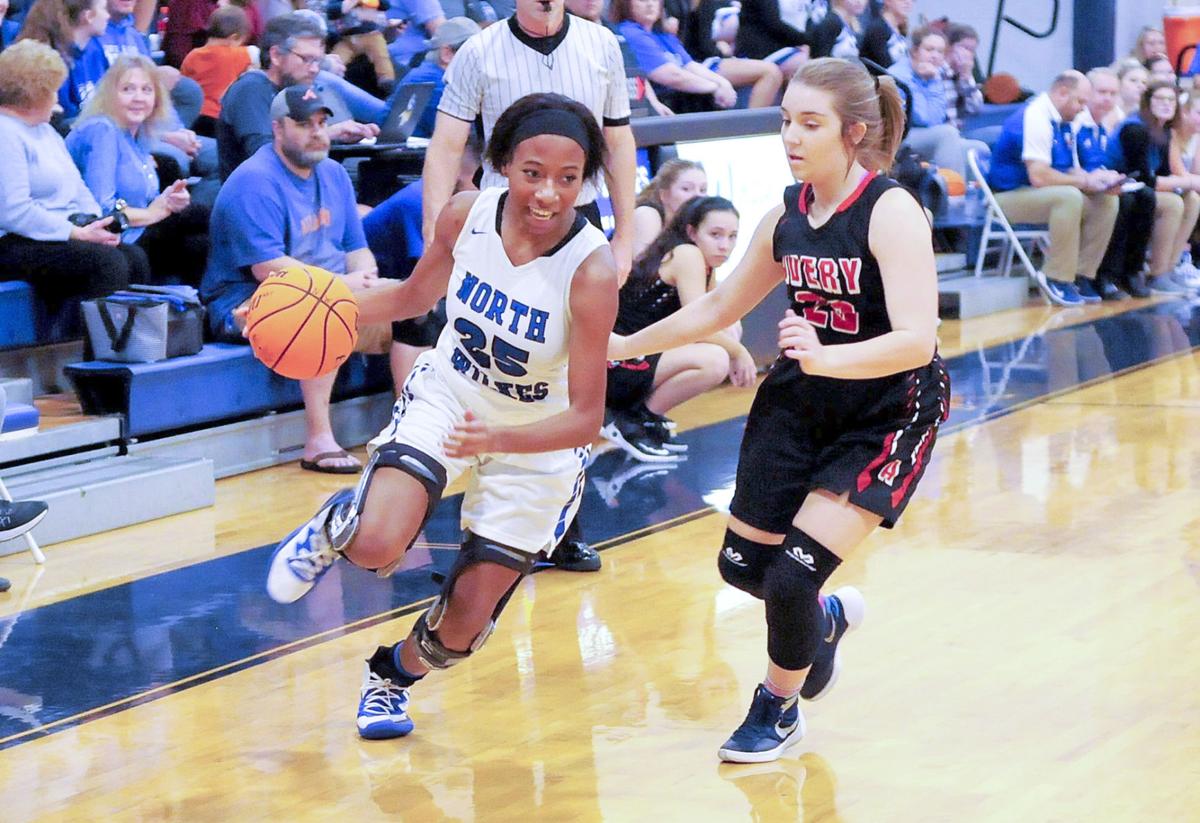 LIZ MARTIN, seen here dribbling past Avery County’s Jessi Autry, was one of two North Wilkes athletes to be named a Heart of a Champion by the NCHSAA. 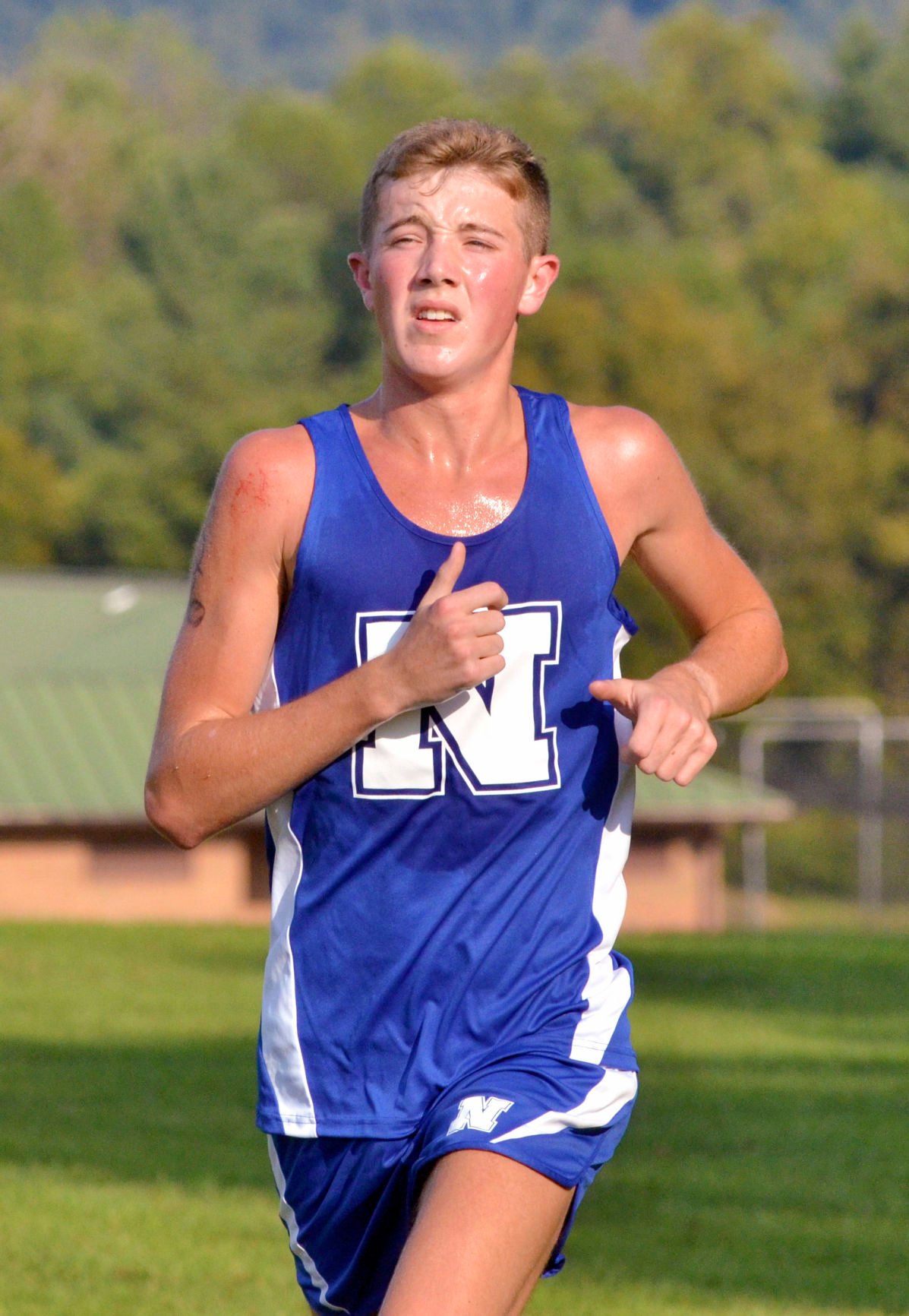 LIZ MARTIN, seen here dribbling past Avery County’s Jessi Autry, was one of two North Wilkes athletes to be named a Heart of a Champion by the NCHSAA.

CHAPEL HILL — A total of 35 student-athletes from North Carolina High School Athletic Association member schools, including five from the Mountain Valley Athletic Conference, will be honored for their outstanding sportsmanship as winners of the “Heart of a Champion” award recognition.

The student-athletes were announced on April 1.

Of the five MVAC athletes, two are from Wilkes County. Seniors Keaton Hincher and Liz Martin, both of North Wilkes, were selected along with Starmount’s Jacob Craver, Emma Freed and Kennedy Grace White.

The sportsmanship recognition is part of the program offered by the NCHSAA Student Services Division. Due to the COVID-19 outbreak, there will not be a luncheon this year. However, the award winners will be honored through the NCHSAA’s social media and online platforms in addition to receiving the awards.

“We are thankful for the North Carolina Farm Bureau’s continued partnership with us and appreciate their support to honor the outstanding character of these athletes,” said NCHSAA Commissioner Que Tucker. “We are honored to recognize this group of 35 student athletes who have consistently demonstrated the values and traits that we hope all student athletes learn through our programs. Now more than ever, our society is in need of young people like this group of award winners that are dedicated to excellence in sportsmanship and citizenship.”

Each of the NCHSAA member schools had the opportunity to nominate one male and one female student-athlete for the recognition. The students must have participated in at least one varsity sport or activity, including cheerleading, during the 2019-2020 school year, had not been ejected from any contest and must have demonstrated outstanding citizenship and sportsmanship during their high school careers.

The students filled out an application questionnaire and then a school official, such as the principal or athletic director, also provided an evaluation.

Both Hincher and Martin, who were part of multiple sports during this school year for the Vikings, were both nominated by Michael Greene, a teacher at North Wilkes.

Hincher has committed to compete in cross country and track and field for Milligan College in Tennessee.

Prior to the current suspension of NCHSAA athletic events, Martin was in the midst of a successful winter after missing her junior season due to injury. She averaged 8.1 points and two steals per game; Martin also had four rebounds a game while being named to the All-MVAC team.

The senior was an all-MVAC selection in girls basketball. Prior to her injury, Martin was also a member of North Wilkes’ volleyball and outdoor track and field teams.