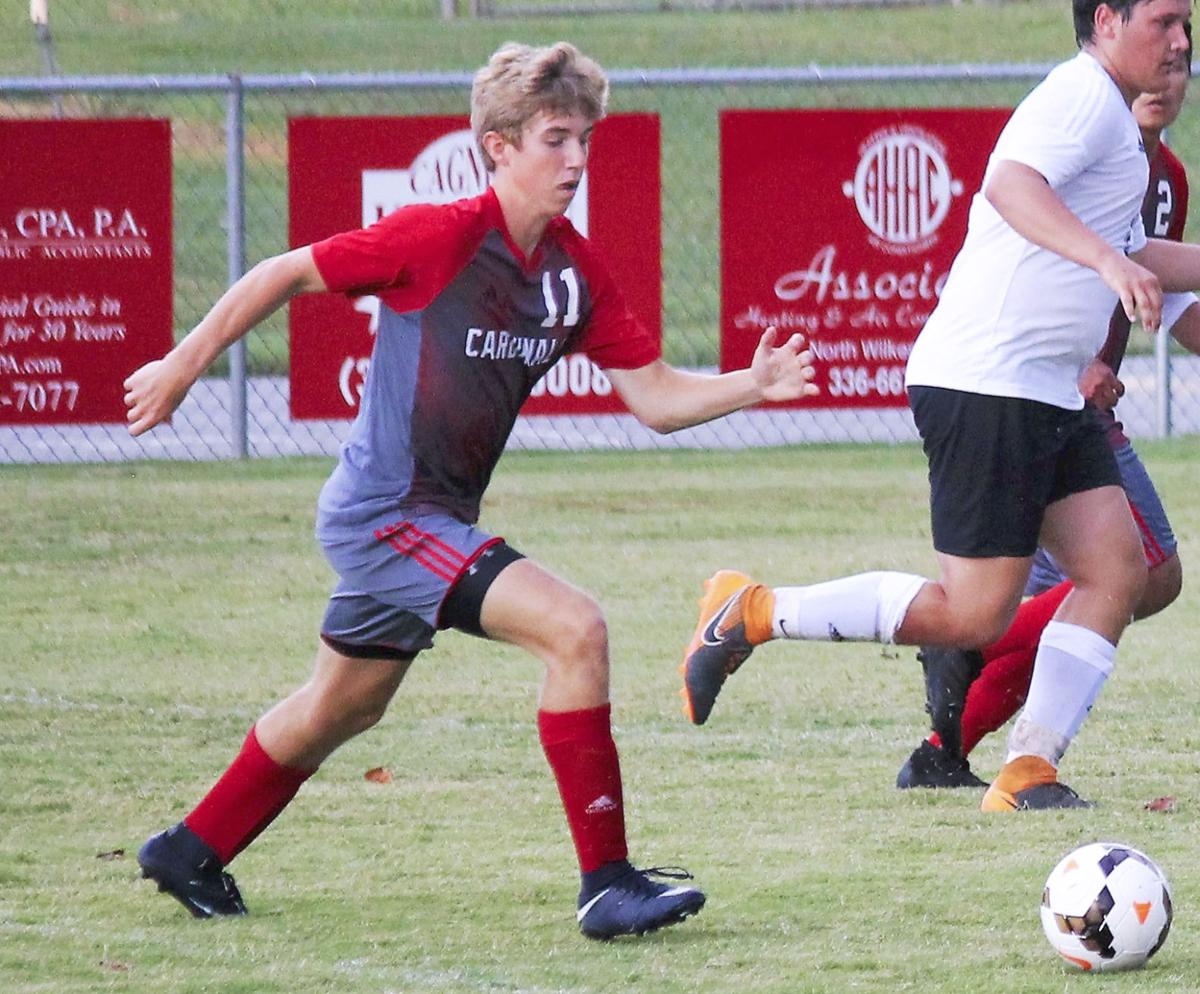 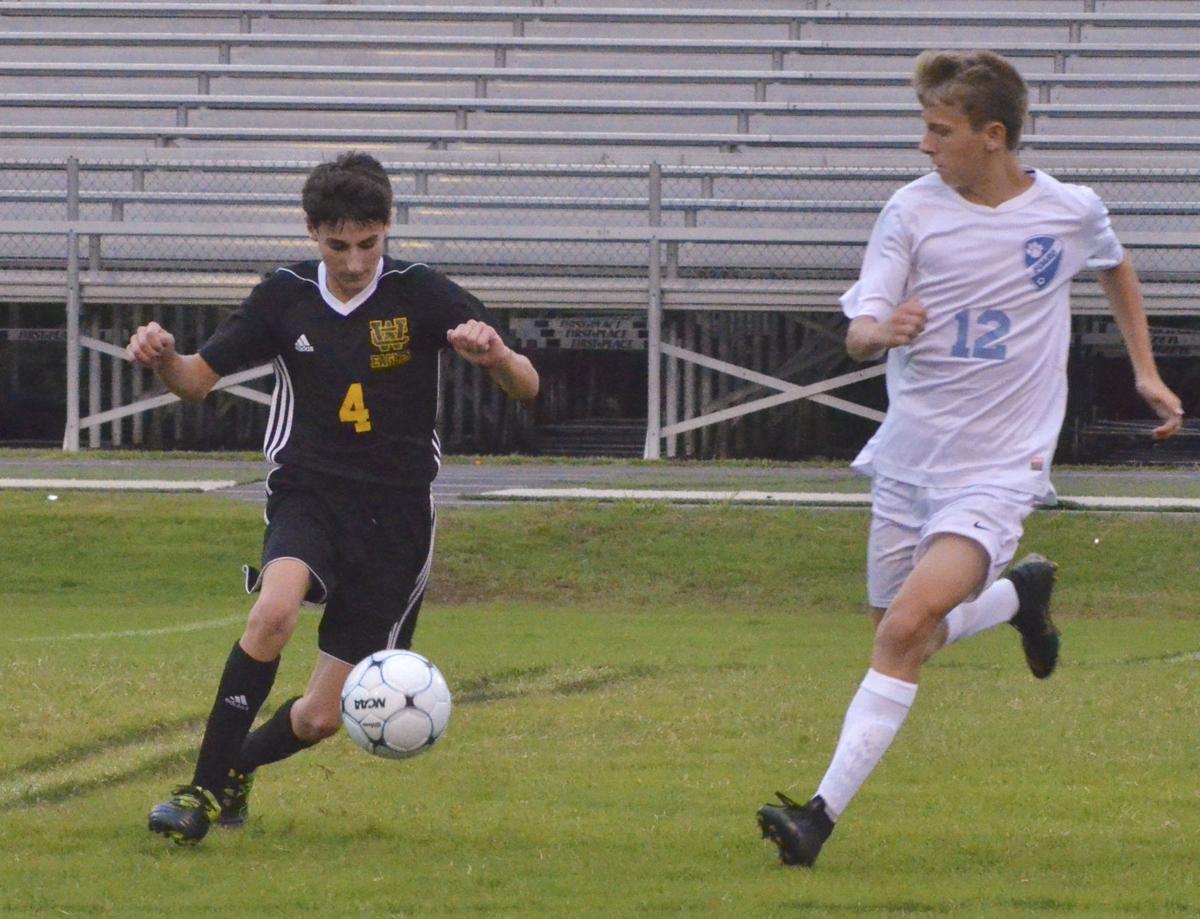 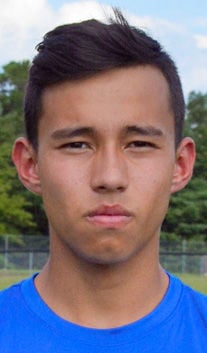 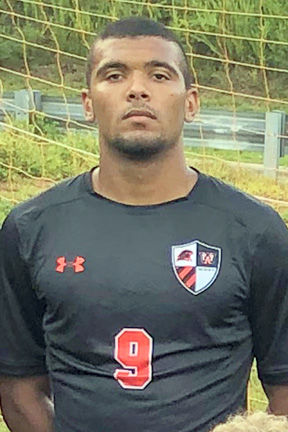 Ruvalcaba also helped set up the game-winning shot, which scooted low and to the left of Avery keeper Jackson Russ.

The senior striker dribbled the ball down the right hash and chipped it over the top of the Avery back line as teammate Ivan Duran raced down the sideline. Duran collected the ball in the penalty box, evaded a defender, and then was tripped by the goalie to set up the P.K.

Duran also started the scoring Monday, hitting pay dirt off a beautiful cross by Samuel Panneton in the 8th. But Avery tied the match up later in the first half when Finley Serafim connected.

The win improved North Wilkes to 2-1 and avenged an earlier season 6-2 loss to the Vikings (1-2) in Newland.

The East Wilkes Cardinals earned another draw in their second match of the season Monday night — this time against the Sauras from South Stokes.

The Cardinals (0-0-2) found themselves trailing by two at halftime but came out and immediately got back into the match to start the second half.

Penalty kick goals from Adalian Trinidad-Ventura in the 41st and 47th minutes evened the match at 2-2. The Cardinals threatened to take the lead in the 55th minute when freshman Hank Porter gathered a rebound inside the box but had his shot blocked at the last minute by a sliding tackle.

The Sauras took a 3-2 lead on a distance shot from the wing that beat Cardinal goalkeeper Jose Juarez high. This was the second distance shot of the game to beat Juarez high, and it was revealed after the game that Juarez was dealing with a knee injury that limited his jumping ability.

The Cards scored the equalizer just three minutes later through the skill and determination of Dylan Ward.

The junior worked a simple wall pass with teammate Trinidad-Ventura to create space for himself. Ward then proceeded to dribble past five Saura defenders, into the left side of the box where he unleashed a blast that beat the South Stokes goalkeeper.

The Cardinals return to the pitch on Wednesday 6 p.m. when they travel to Pilot Mountain to face off against East Surry.

Fred T. Foard scored a pair of goals in each half to defeat Wilkes Central in the Eagles’ season opener on Monday night in Moravian Falls.

Carlos Erazo-Rojo notched a pair of goals and gave the Tigers (2-0-1) a 1-0 advantage with is first score in the 29th minute. The junior added his other goal in the 43rd minute when he went top shelf as his shot went past the outstretched hand of Central goalkeeper Roman O’Sullivan.

Andrei Tama (39th) and Kevin Cervantes (61st) each scored on a header off a corner kick and cross pass, respectively.

The Eagles, who return to the pitch on Wednesday at South Caldwell and on Thursday at Surry Central, avoided being shut out when Tradin Allen scored in the 71st minute off an assist from freshman David Olson.

Note: On the road, West Wilkes improved to 2-0 with a 7-1 win over Mitchell behind three goals from Jack McNeil and two scores from Rodney Perez.