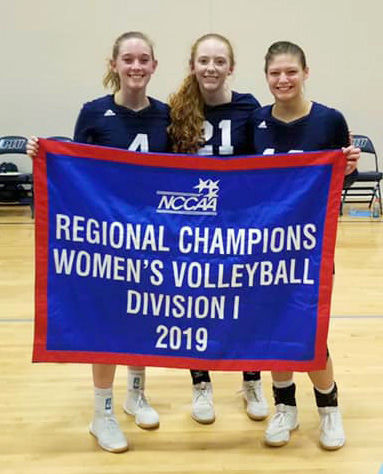 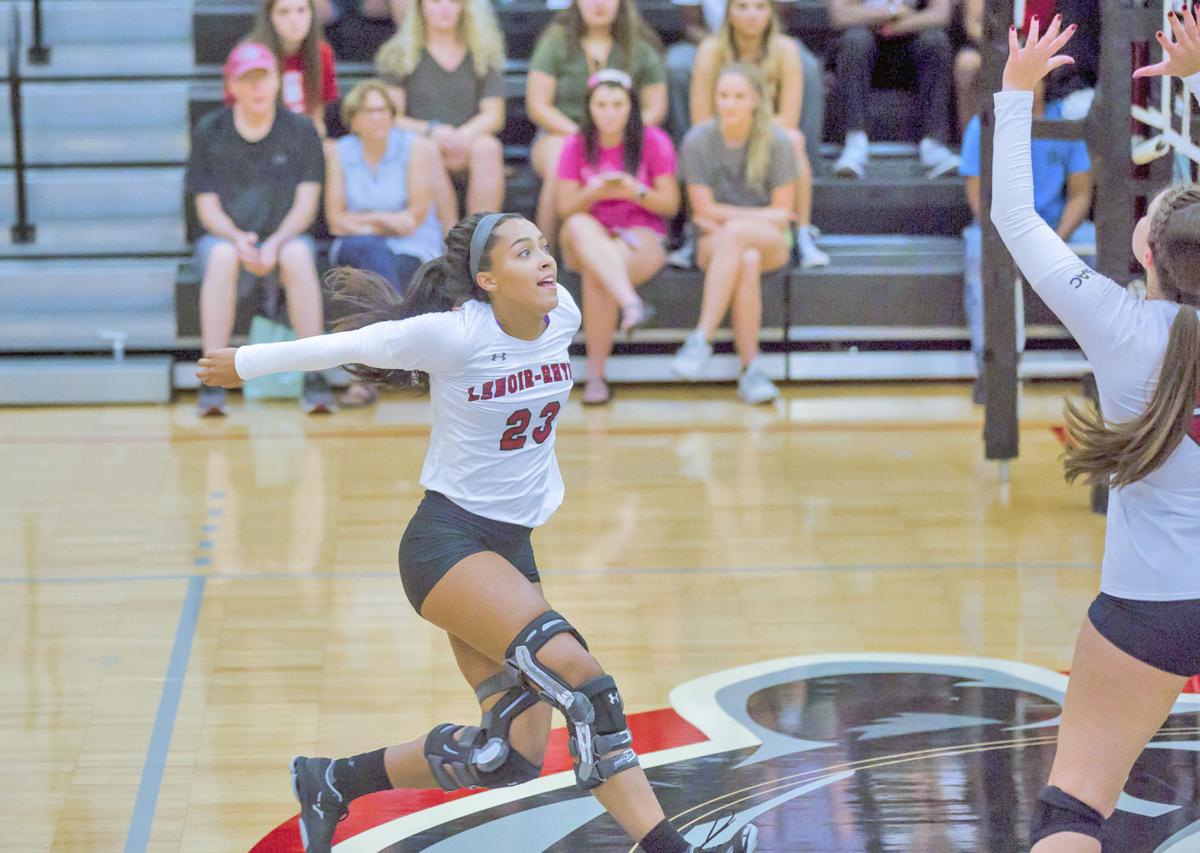 Whether it was repeating as regional champions, earning high honors or closing out their collegiate campaigns on a positive note, former Wilkes County high school student-athletes had plenty to be proud of.

Here’s a look back at how they performed this past fall.

Bullard turned in a masterful senior campaign where she led the Bruins with a team-high 309 kills and also had 28 service aces — good for fourth on the team. It’s the second year in a row that she led Piedmont International in kills.

Defensively, the senior finished second in defensive digs with 207 and added 33 blocks, which were third among all Bruins.

The Bruins qualified for the National Christian College Athletic Association national tournament for the second year in a row, thanks to a 3-2 comeback win against Erskine College in the NCCAA South Regional Championship where it trailed 2-0.

In that match, Bullard finished with 11 kills.

Piedmont International finished 16-15 and was 5-1 in regional play.

During her final season with the Bears, Denny was second on the team in blocks with 62 while playing in 61 sets across 21 matches, which included 19 starts. She also had 11 digs.

On offense, the redshirt senior finished fourth on the Bears with 87 kills.

Denny’s best performance of the fall came against Queens University on Sept. 13 when she had what would be a season-high eight kills. On defense she added six blocks (three solo). She also had eight kills against Tusculum on Oct. 26.

Lenoir-Rhyne finished 16-15 this fall and was 11-11 in South Atlantic Conference play.

Like Bullard, the senior was also named an NCCAA Scholar Athlete.

Defensively, Edwards was third on the team in digs with 202 and had 22 blocks — good for fifth.

Mastin followed up a fantastic freshman campaign with a solid sophomore season.

Despite seeing action in just 55 sets, Mastin was third on the team in kills at 155 and also had 14 service aces.

Defensively, she finished with 148 digs and seven blocks.

Mastin put forth one of her best efforts in the Bruins’ regional championship win against Erskine. She finished with a team-high 18 kills and added a block and two aces.

A two-two Southern Conference All-Academic Honor Roll selection, Caudill competed in 12 rounds, across four tournaments, this fall and had an average round of 76.58.

The junior had a top finish of 47th, which took place in the Pinetree Intercollegiate on Oct. 21-22 when he shot a 232.

Caudill’s best shooting performance occurred at the J.T. Poston Invitational on Sept. 30 and Oct. 1. He shot a three-round total of 225, which included a 71 during the final round.

He also shot a 72 in the third round of the Kiwah Classic at Turtle Point on Nov. 3-5.

Metz is listed on the Catamounts’ active roster but did not compete in any matches this fall.

Western Carolina will return to the links for its spring season on Feb. 15-16 when it travels to Savannah, Ga. for The Invitational at Savannah Harbor.

In those rounds, the true freshman had a scoring average of 77 and had his best performance during the J.T. Poston Invitational. During the tournament, Metz shot a three-round total of 228, which included a season-low 73, to finish 85th.

In her second year with the Panthers, Tharpe competed in six rounds across three tournaments and finished the fall season with a 19-over par performance.

Tharpe’s best showing came in the Emory & Henry Invitational on Sept. 30 where she finished tied for 12th (in a 21-player field) with a two-round total of 175.

Bell decided to take a redshirt this fall but is still listed on the Bruins’ active roster.

Piedmont International went 9-9-1 on the pitch this fall and was 3-1-1 in NCCAA play.

Massucco played and started in all 18 of the Mountaineers’ matches this past fall. She scored one goal and assisted on four others.

Listed as a center-midfielder, Silva-Ane saw action in four matches for the Mountaineers this fall, including two starts. She did not register any offensive stats.

Berea went 3-15 this fall and was 1-7 USA South Conference play. The Mountaineers’ lone conference win was a 3-2 win in double overtime against Wesleyan College (Ga.)

Hall saved his best for last during his senior season with the Bobcats.

He ran in all six races for Lees-McRae and posted a pair of top 10 finishes. His first one came at the season-opening Lenoir-Rhyne Invitational where he placed seventh.

Hall also placed ninth at the Conference Carolinas Championships that landed him a spot on the All-Conference Carolinas Second Team. His top time of the fall was at the Royals Challenge on Oct. 11 where he ran an 8k course in 26:40, which is the 17th-fastest time in program history.

Hall closed out his cross-country career with a time of 34:18 at the NCAA Division II Southeast Regional Championships Nov. 9.

After a successful four-year collegiate career at Montreat, Hincher currently serves as a graduate assistant at Tabor College in Hillsboro, Kan.

The Blue Jays finished ninth in the Kansas Collegiate Athletic Conference meet and had two runners qualify for the NAIA championships.

Rhodes ran in five races this fall and had his best finish of the fall in the South Atlantic Conference championships where he took 29th with a time of 27:22.4. His best 8k time came on Oct. 11 in the Royal XC Challenge where he ran a 26:04.

The junior also bested his collegiate 10K time during the NCAA Division II Southeast Region Cross Country Championships where he finished 34th. His 33:16.8 was 17 seconds faster than the time he ran in last year’s regional championships.