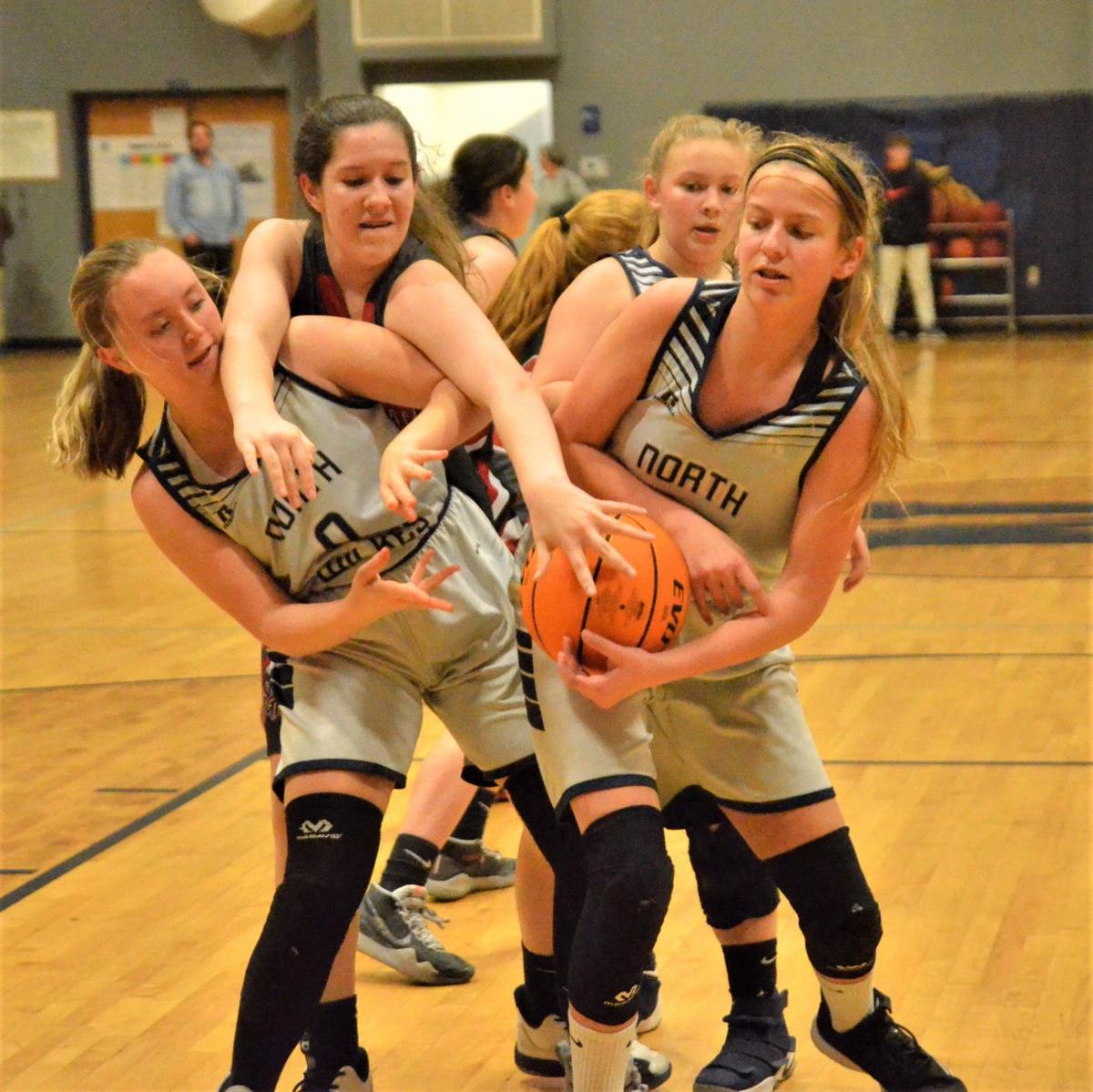 North Wilkes' Laney Prevette and Allie Farrington fight with West Wilkes' Kinsley Osborne for a live ball in the first half Thursday night. 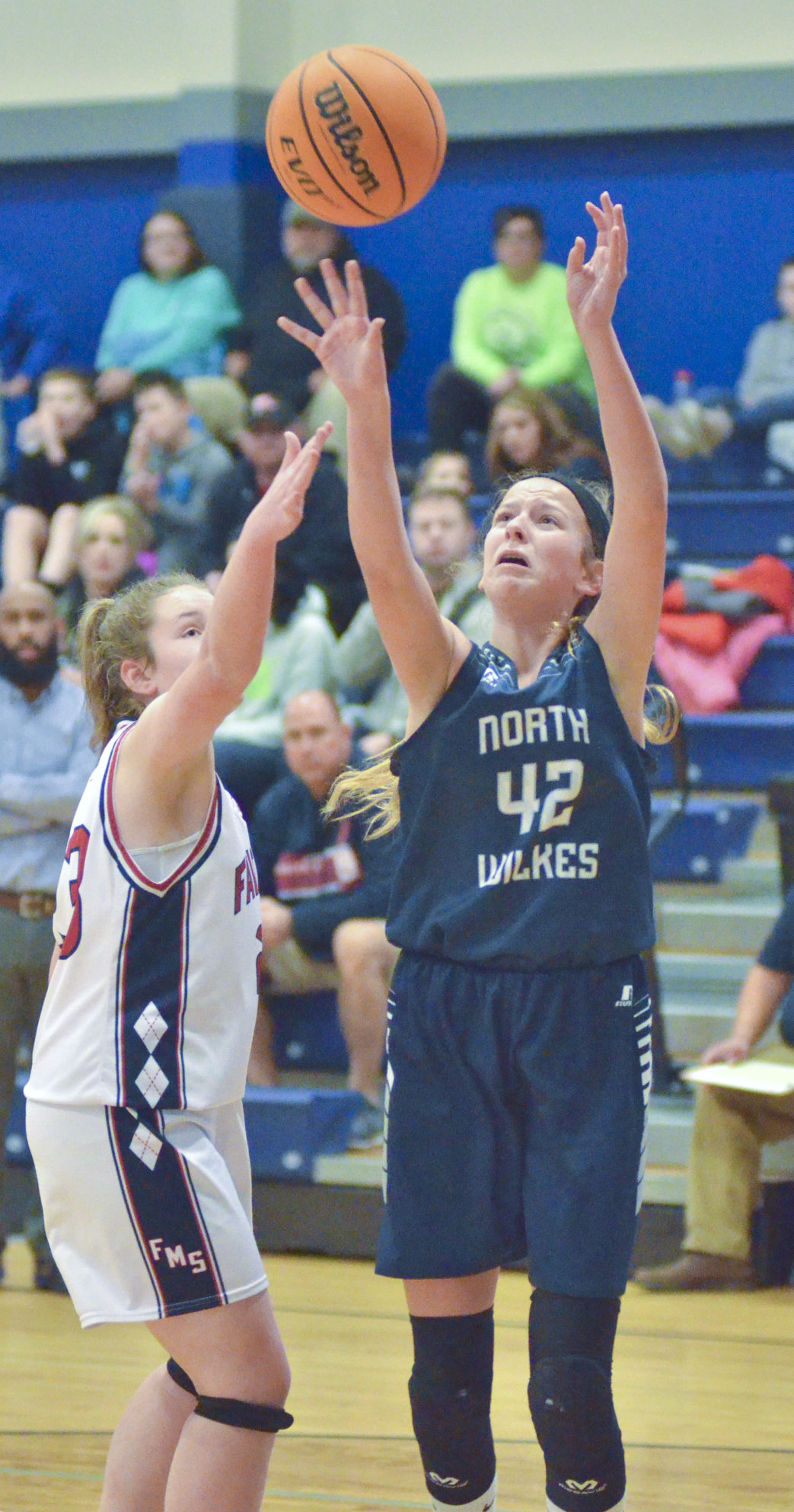 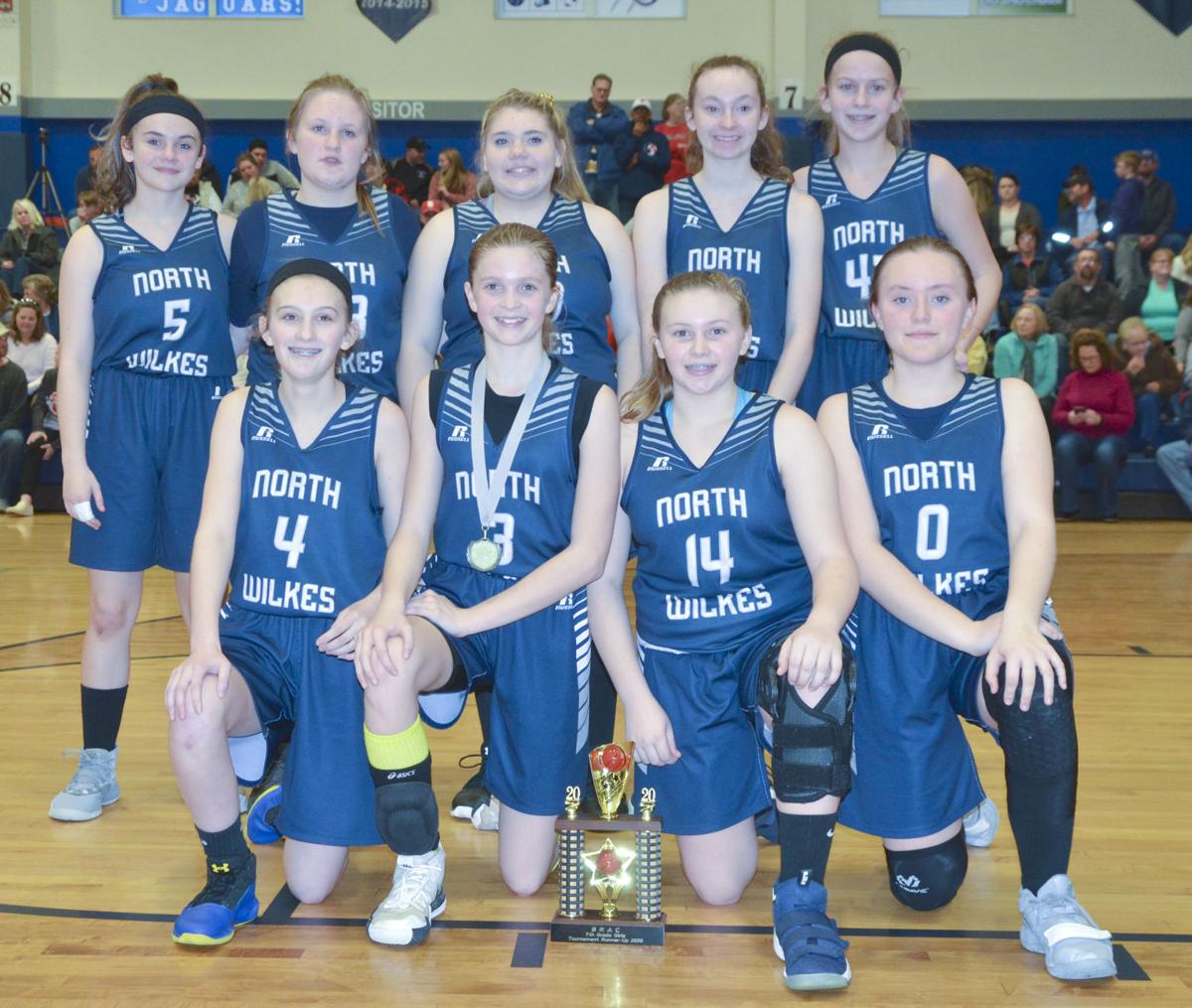 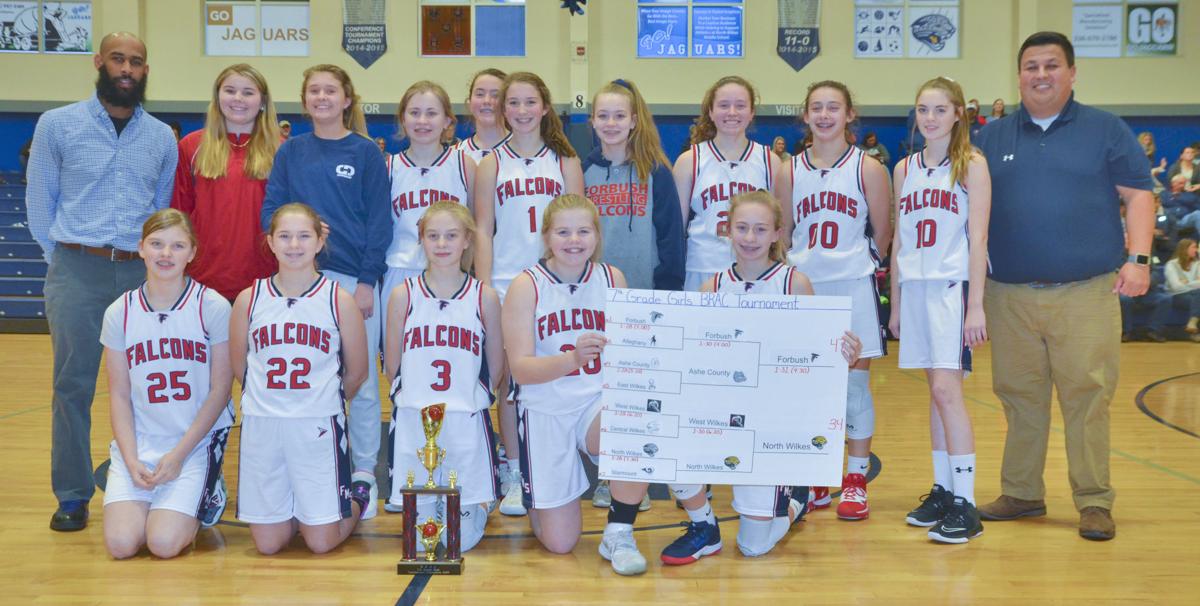 ALL-TOURNAMENT selection Ralee Bare drives to the basket against West Wilkes’ Karlie Huffman during Thursday night’s BRAC semifinal. Despite being called for the offensive foul, Bare finished with 17 points. 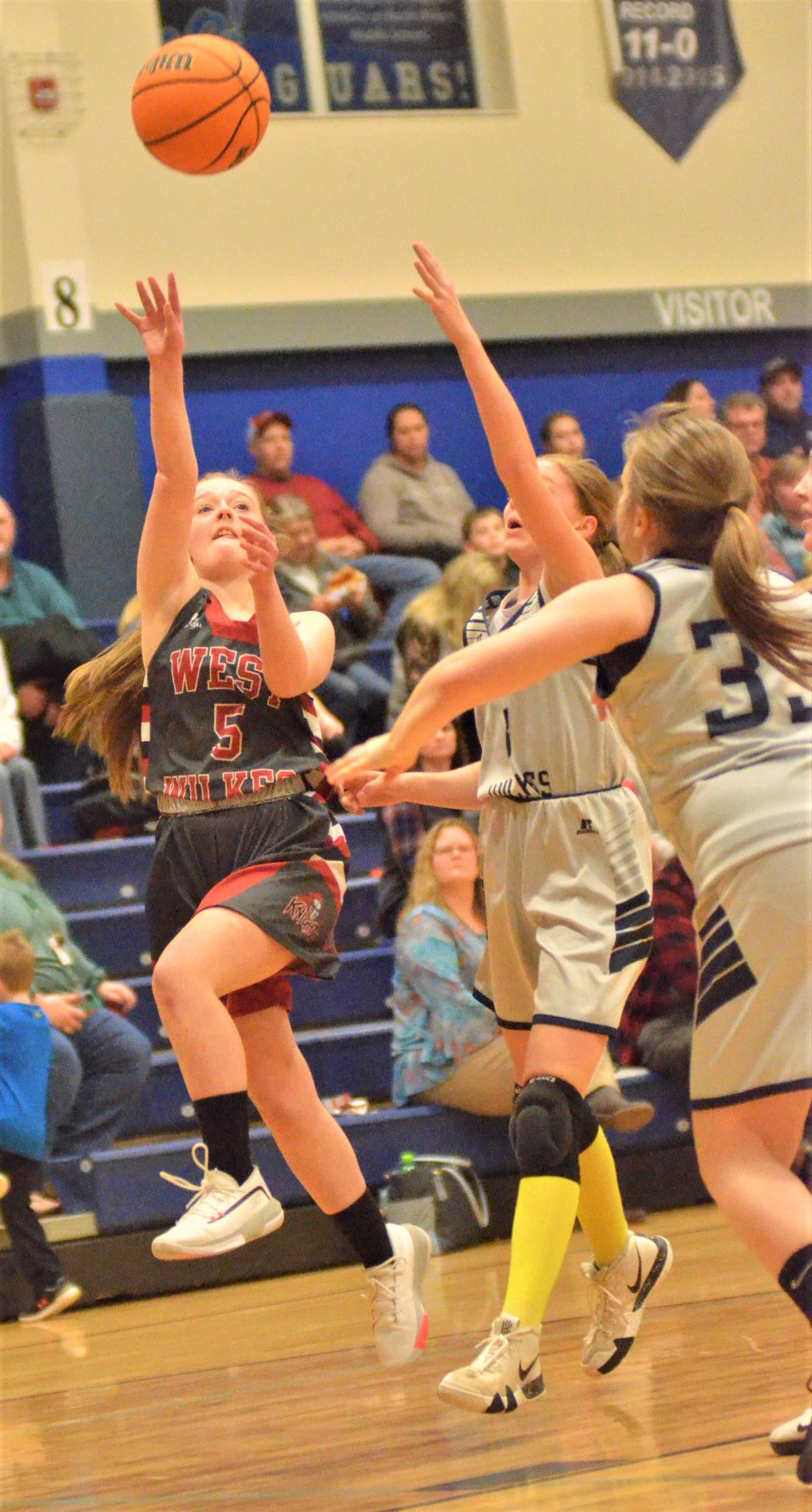 North Wilkes' Laney Prevette and Allie Farrington fight with West Wilkes' Kinsley Osborne for a live ball in the first half Thursday night.

Before the big second quarter, the No. 2 Jaguars were as close as 7-6 after a Ralee Bare 3-pointer, but the top-seeded Falcons used an 8-0 run to push their lead to nine (15-6).

Dee Walker, who finished with nine points, kept her team in it with a 3-pointer to make it 17-12.

But once again, Forbush used another run — this time, a 6-0 one — to open up a double-digit advantage after Emily Eads grabbed a defensive rebound and went coast-to-coast for the uncontested layup.

Carrie Vestal, who was named the tournament MVP following her 21-point performance, extended the lead to 28-15 with a put back.

The advantage would hover around double digits for the majority of the third quarter. The one exception was Allie Farrington’s layup to cut Forbush’s lead to 32-23.

Another deep two from Farrington, who led the Jaguars with 12 points, made it a 43-34 game with less than two minutes to play.

A big first quarter — an 18-point one, to be exact — proved to be more than enough to power the No. 2 Jaguars past West Wilkes and into the BRAC championship game on Thursday evening.

Actually, the Jaguars scored as many points in the first quarter as they did in the other three quarters combined.

Bare, who paced North with a game-high 17 points, gave the Jaguars an early 18-6 lead after she collected a steal and converted on the layup while being fouled. Bare would hit the subsequent free throw.

North Wilkes led 26-14 at halftime but a 3-point play and 1-of-2 free throws from West’s Kinsley Osborne trimmed the deficit 28-23 midway through the third quarter. But a jumper from Laken Johnson would end a near four-minute scoring drought.

Bare and Dee Walker connected on back-to-back 3-pointers with less than two minutes to play to put the game to bed.

Farrington added eight points for the Jaguars and Laney Prevette chipped in six. Bell headlined the Knights with 11 points and Karlie Huffman finished with nine.