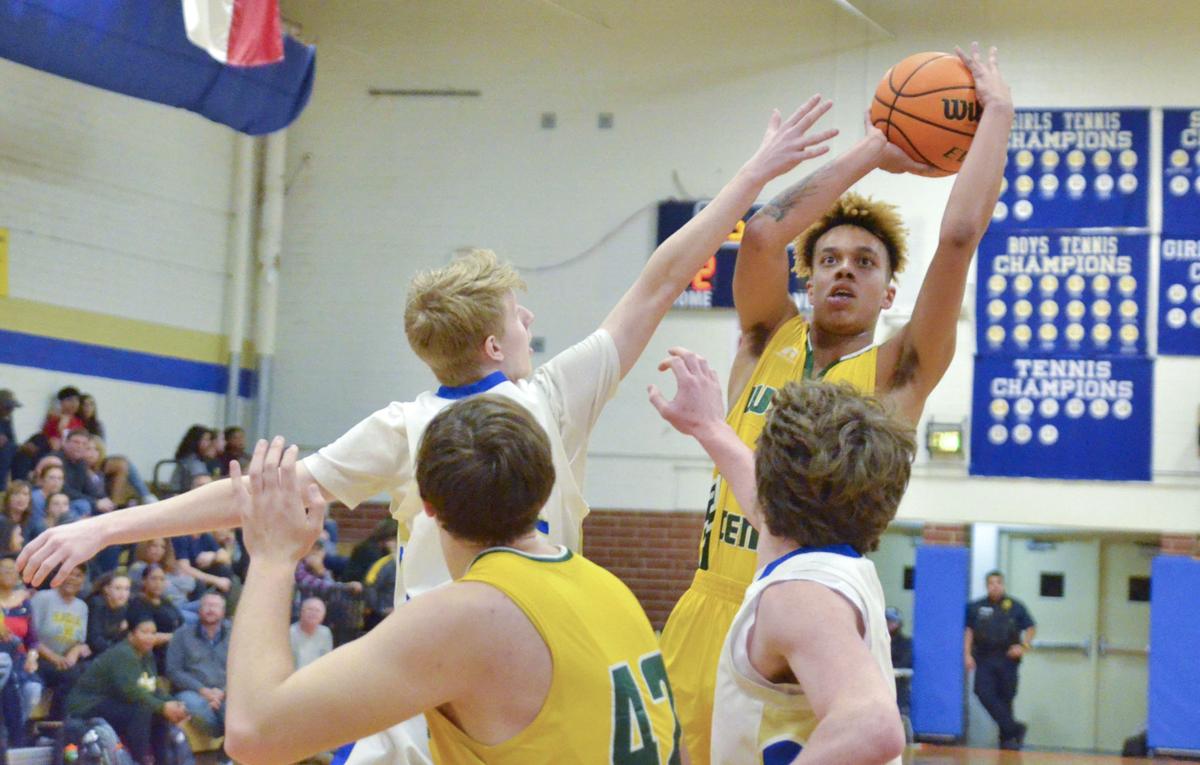 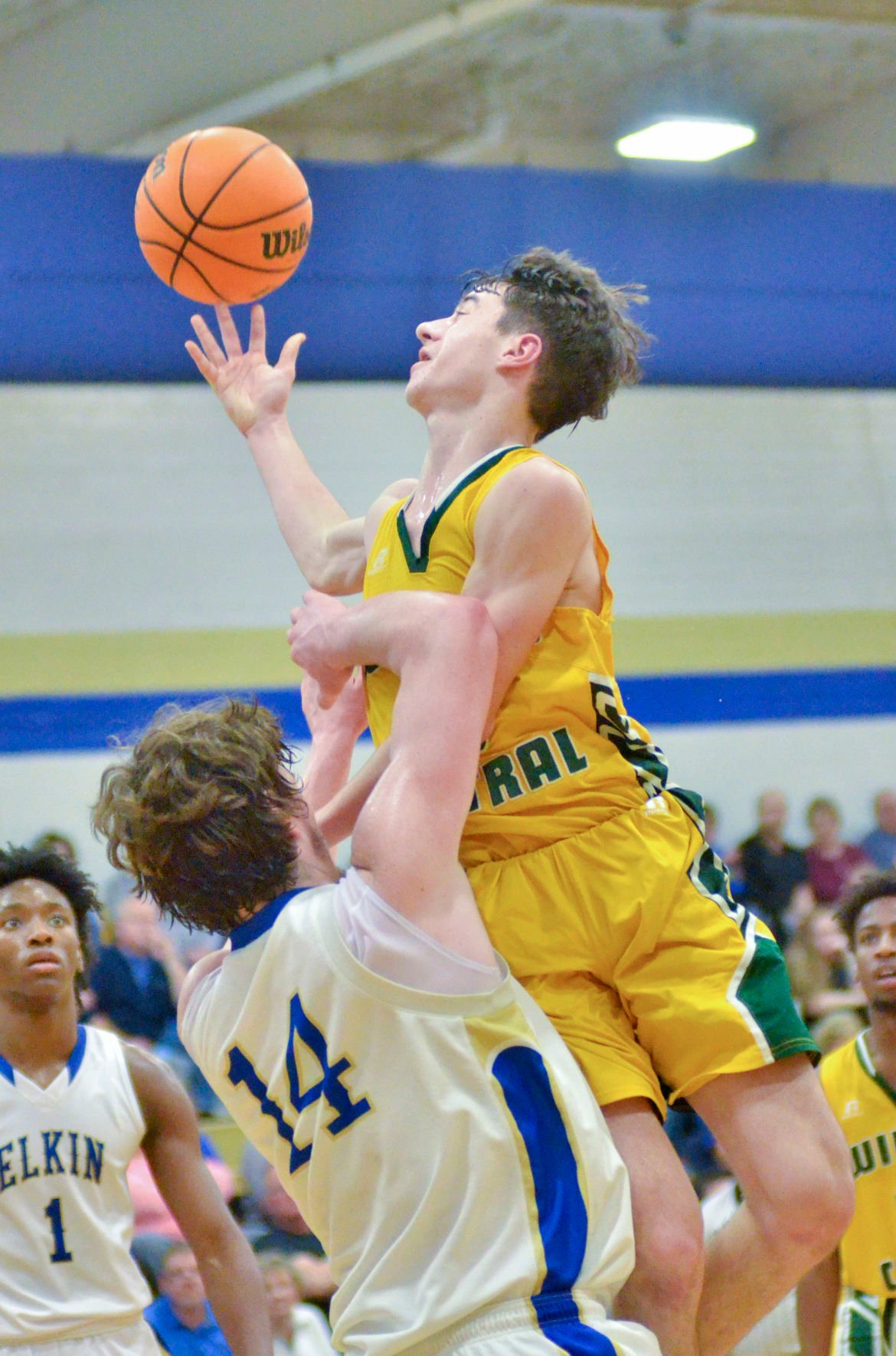 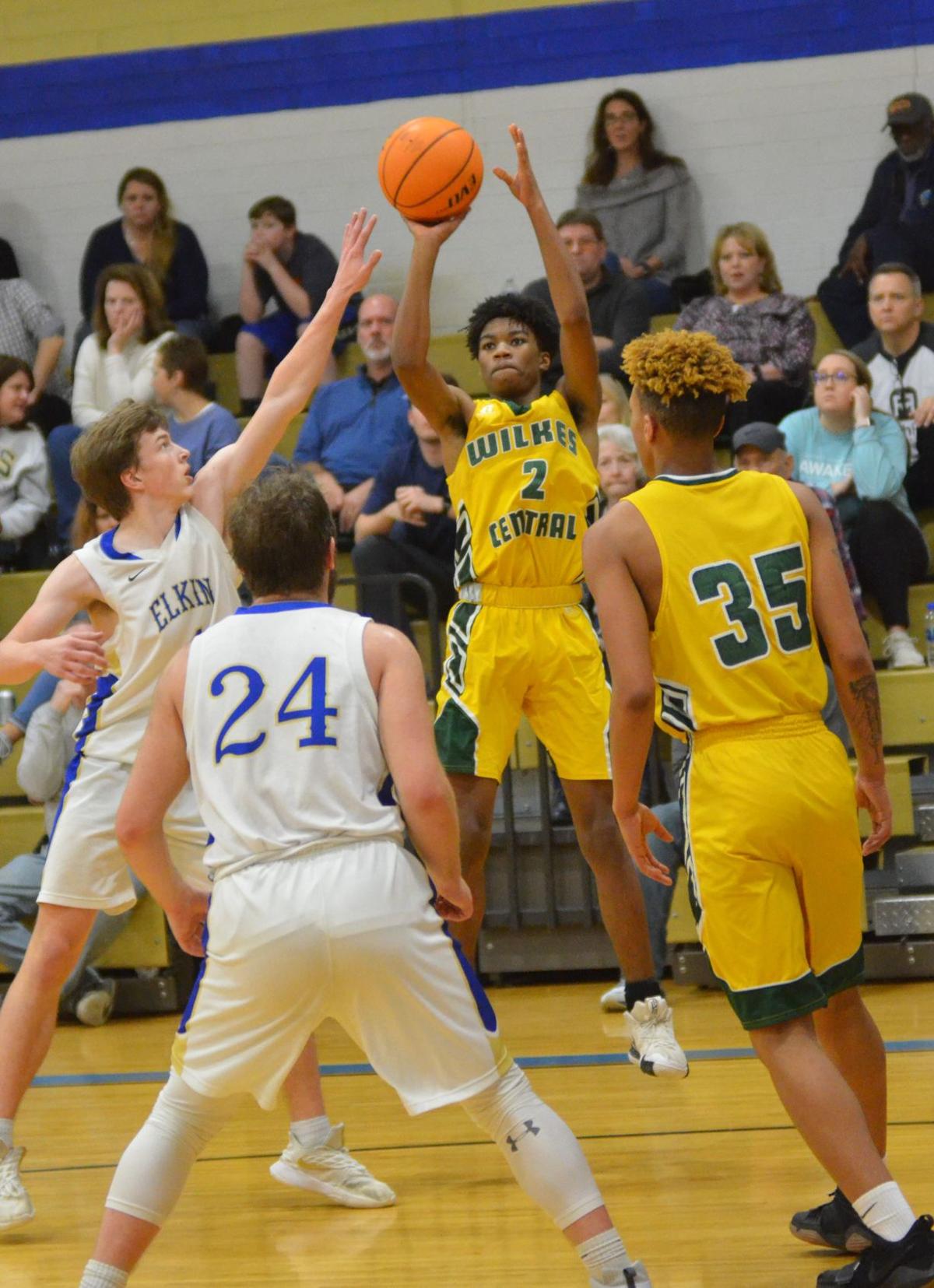 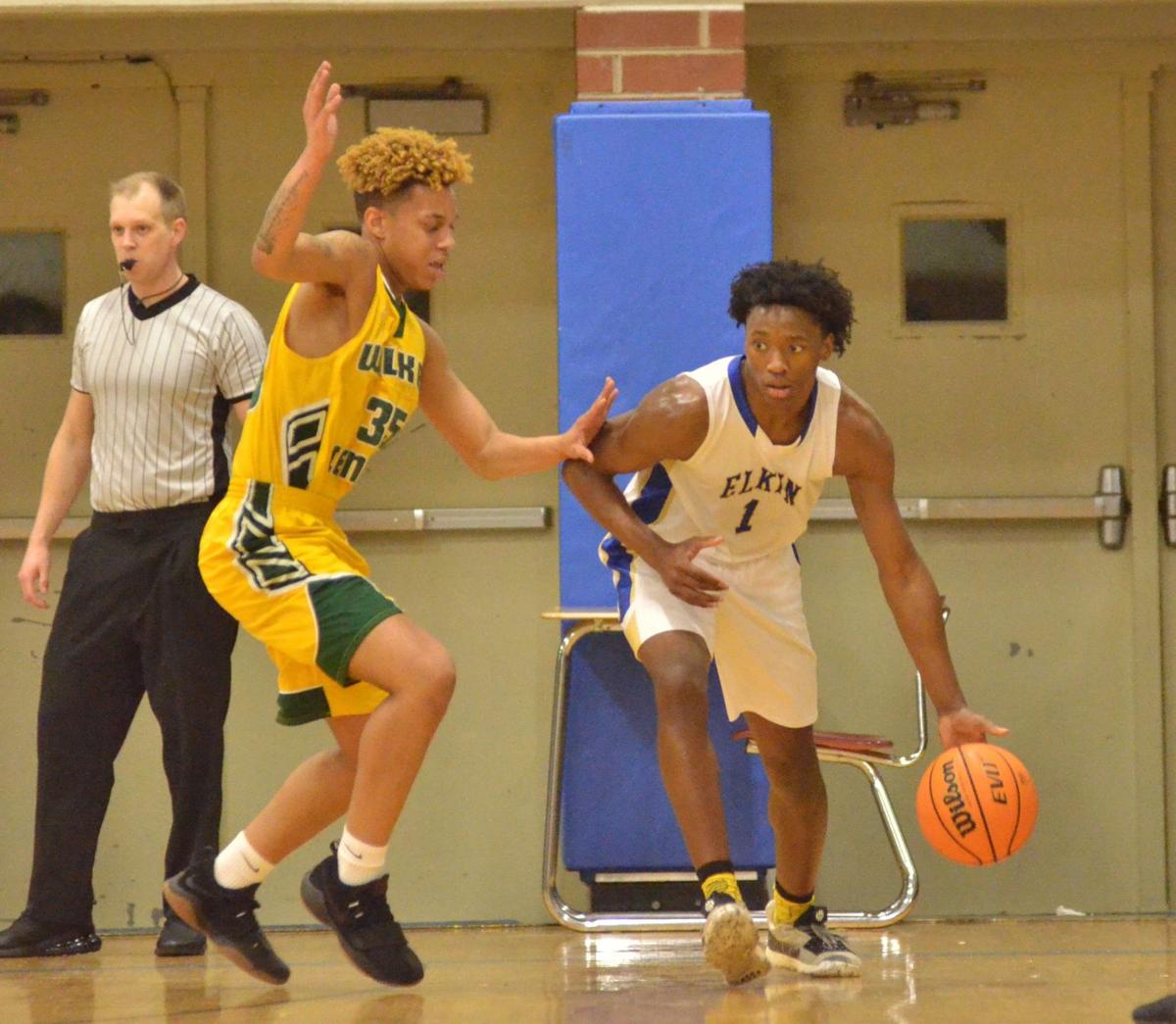 ELKIN — The Elkin boys basketball team had a senior night to remember as it knocked off Wilkes Central 45-43 in the regular-season finale Tuesday.

The Buckin’ Elks close out the regular season at an even .500 in league play (7-7) and 8-14 overall. But importantly, Elkin denied the Eagles a share of the MVAC title.

“It’s a massive win. I’m so happy for those five seniors,” said Elkin Head Coach Marcus Wilmoth. “I told them before the game that you don’t remember many games from your high school career, but you always remember senior night and I think this is going to be a pretty happy memory for them.”

Elkin trailed by as many as nine before the start of the fourth quarter (after being held to just a pair of free throws in the third), but chipped away at the deficit.

The Buckin’ Elks erupted for 20 fourth-quarter points and took the lead, 40-38, with 1:40 to play on a deep two from Austin Longworth.

A Marcus Lopez runner from the free-throw line tied the game 41-41 with less than a minute to play but Ty Parsons took over from there.

Parsons gave Elkin the lead for good with 35 seconds to play with a layup (off a nice heads- up pass from Shane Price) and made it a two-possession game (45-41) with a pair of free throws.

The junior finished with 16 points while Longworth paced the Elks with 17.

“Ty played great defense all night and Austin, I think, took four charges (three came in the fourth quarter),” said Wilmoth. “We put an emphasis on charges the last practice and I told him how much of a difference maker it was when we took them tonight and came out on top.”

Lopez, who finished with 13 points, made it a one-possession game with six seconds to play. Elkin had a chance to put the game to bed but Maston Renegar missed a pair of free throws. But luckily the Buckin’ Elks were able to grab a late rebound as time expired.

“I think if you look at the game as a whole, overall, we didn’t shoot the ball very well tonight,” said Wilkes Central Head Coach Matt Hagaman. “I thought they beat us on the boards, which was really big — it was one of the things that we circled as a key to the game, and I felt like we just didn’t do that tonight.”

The Eagles, who saw their nine-game winning streak snapped, played without the services of starter Jakob Gowan on Tuesday due to an injury. They also endured an off night from Daylon Banks.

After hitting seven 3-pointers and scoring 30 points against Ashe County last Friday, Banks, who ultimately fouled out with 4:30 to play, was held scoreless in the first half and hit just one field goal for the entire game.

The Eagles will enter the MVAC tournament as the No. 2 seed (they tied with West Wilkes for second place) and Hagaman is still excited about the prospects for the rest of the season. Central, which will host No. 7 Alleghany tonight at 7:30, has won the last two tournament championships.

“I’m really proud of our guys. I know this isn’t the result that we wanted, but we’ve fought hard all season and we’re going to keep fighting,” said Hagaman. “There’s a lot of ball left to be played, big tournament coming up and so, we’ll regroup and get back after this coming week in the tournament.”

Note: The Eagles won the JV game 42-38 to finish with a share of the MVAC championship at 13-1 and finished 16-3 overall. Ethan Shumate paced Central with a game-high 18 points and Spencer Leatherman added 14. Cole Longworth led the Buckin’ Elks with 15 points and Joe Snow finished with 13.