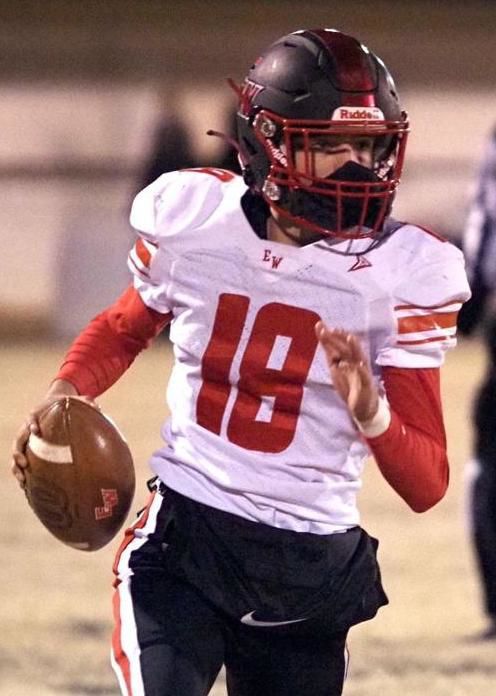 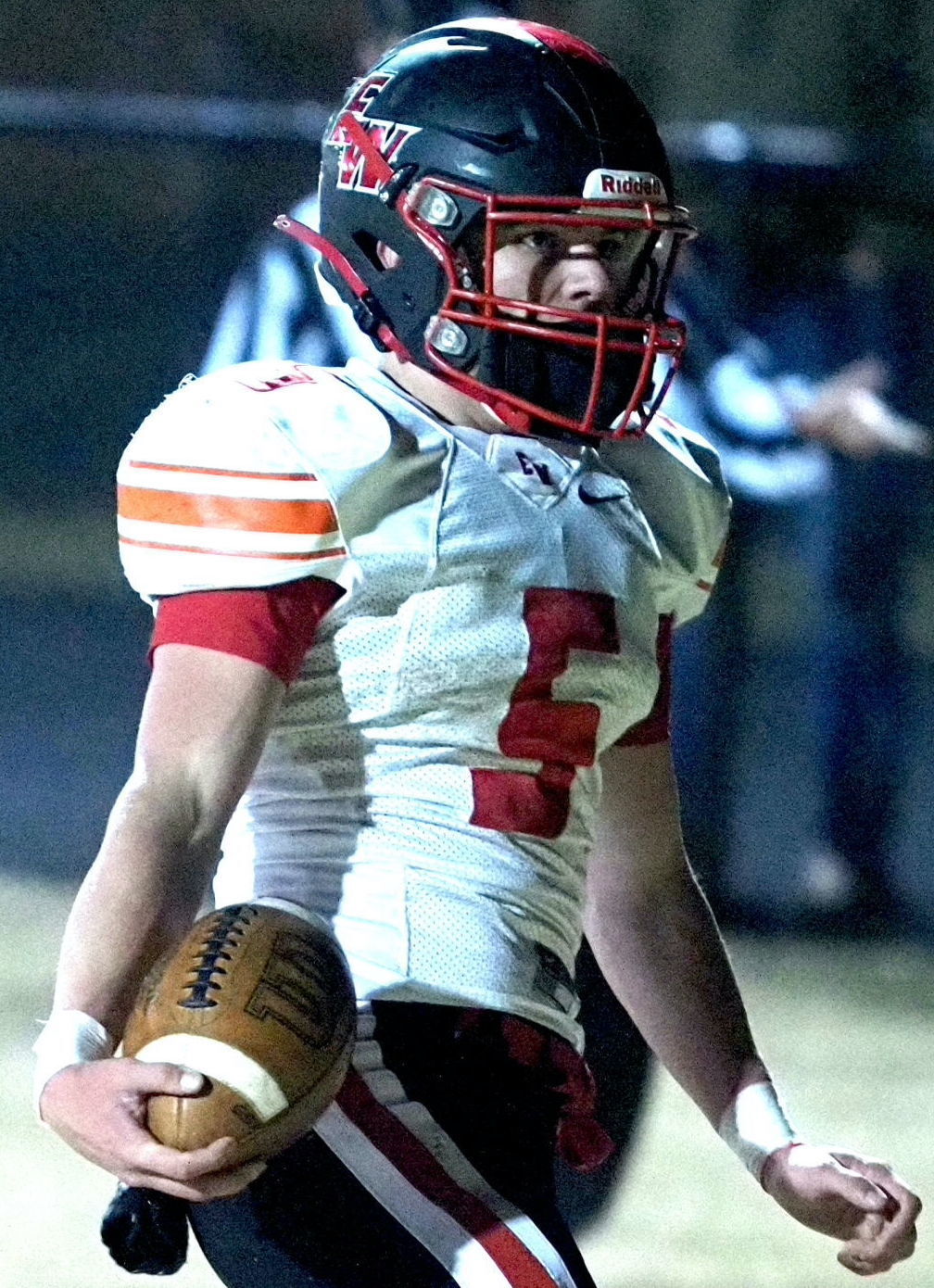 East junior running back Brody Martin celebrates after scoring one of his two rushing touchdowns last season. He ran for a team-high 586 yards as a sophomore.

East junior running back Brody Martin celebrates after scoring one of his two rushing touchdowns last season. He ran for a team-high 586 yards as a sophomore.

The East Wilkes varsity football team is one of four new kids on the block in the realigned Northwest 1A Conference.

East finished 2-5 in the final season of the MVAC. The Cardinals missed the postseason for the first time in 14 years.

Fifth-year coach Jonathan Wilmoth will direct a club that brings back many of its key skills players on both sides of the ball.

“My expectation for our team is to show up every Thursday and Friday and compete relentlessly and battle each and every play,” said Wilmoth. “We want our community to be proud of the product they see on the field and we want to represent our school and families in a positive way every time we compete.”

Martin rushed for a team-high 586 yards and two scores. Cass hauled in a team-best three touchdowns (and ran back an interception for another score) while Miller tied the team lead with 18 catches, good for 330 yards.

“We need to see production from a lot of different players this year to be competitive,” said Wilmoth. “We have so many players that we need to be productive this season. They have worked extremely hard this off-season and I’m looking forward to watching them play.”

Senior defensive back Cole Lambert was an honorable mention all-conference performer. He recorded 41 tackles, including two for losses, and had two interceptions and two fumble recoveries.

Lambert is one of eight returning starters on the defensive side of the ball. “We have several key players that we need to be contributors this year” on defense, said Wilmoth.

“I have no clue how the conference will shake out,” admitted Wilmoth. “We just need to show up each week and take it one game at a time, and hopefully at the end of the year we have played ourselves in a position to be in the driver’s seat come playoff time.”

The Cardinals will kick off the season on Friday with a nonconference matchup against West Wilkes in Ronda. Game time is 7:30 p.m.

West’s 21-20 victory over East last season in Millers Creek snapped a three-game Cardinal winning streak in the series, which the Blackhawks lead 9-7 overall since 2004.

Here’s a preview of the other teams in the Northwest 1A Conference.

Alleghany posted a 1-5 record in the MVAC, with its final game canceled because of the Trojans’ COVID-19 quarantining.

The Trojans have a pair of juniors—Ivan Delp and Nick Rea—who co-handled quarterback duties last season. Collectively they completed 22-of-54 passes for 267 yards, with one score and four interceptions.

Alleghany’s leading returning rusher is senior Alex Woodel, who gained 191 yards on the ground with one score.

The Trojans must absorb the losses to graduation of their leading rusher, receiver and all four of their all-league or honorable mention picks.

Elkin finished 6-2 overall and 5-1 (runner-up) in the MVAC. Scott Wood’s Buckin’ Elks bowed out at Murphy in the second round of the 1A state playoffs.

Wood must replace brothers and team leaders Brett and Boone Beaver, the latter of whom was the league’s co-defensive player of the year. Quarterback Jaxon Godbey was also lost to graduation, as were six other all-league picks.

Wood is a former player and coach at North Wilkes.

Mount Airy finished runner-up in the Northwest 1A Conference with a 4-1 record. The Bears outscored league teams 199-23 and shut out opponents three times before falling to Pine Lake Prep in the opening round of the 1AA state playoffs.

North Stokes finished 3-4 overall and 1-4 (fifth place) in the Northwest 1A.

South Stokes finished 2-5 overall and 0-5 (sixth place) in the Northwest 1A.

David Diamont, the coach at Mount Airy and East Surry for over three decades, must replace all-league picks Jordan Mitchell and Johnny Dotson.

Senior running back/defensive back Evan Patterson, senior back D.J. Goolsby and senior quarterback/linebacker Jesse Carrick are considered to be the top returning Sauras.

Starmount finished 3-4, good for fifth in the MVAC.

The Rams must absorb the losses of all-league running backs/linebackers Sterlin Holbrook and Kaden Pardue, quarterback/defensive back Alex Armstrong, two-way back Rodney Watson and linemen Denver Stokes and Jelani Powell.