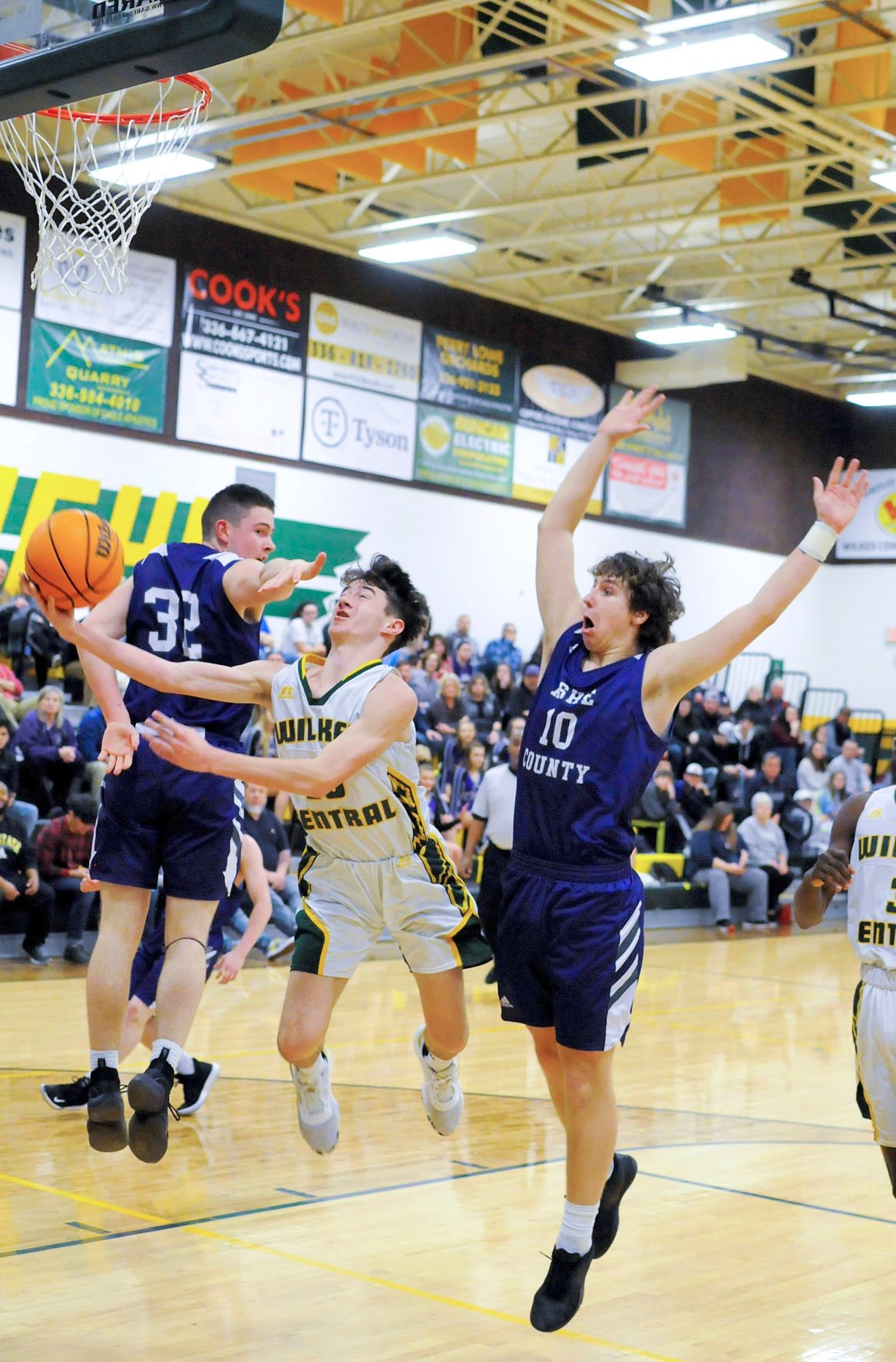 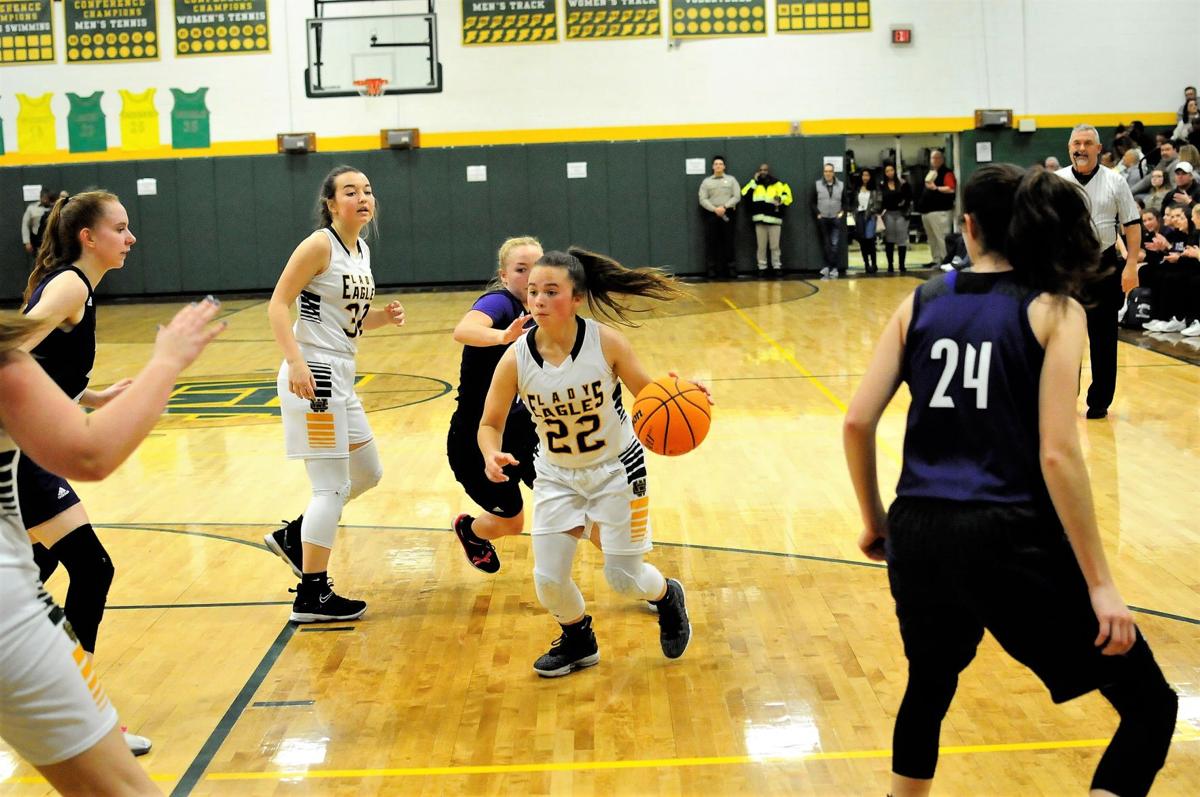 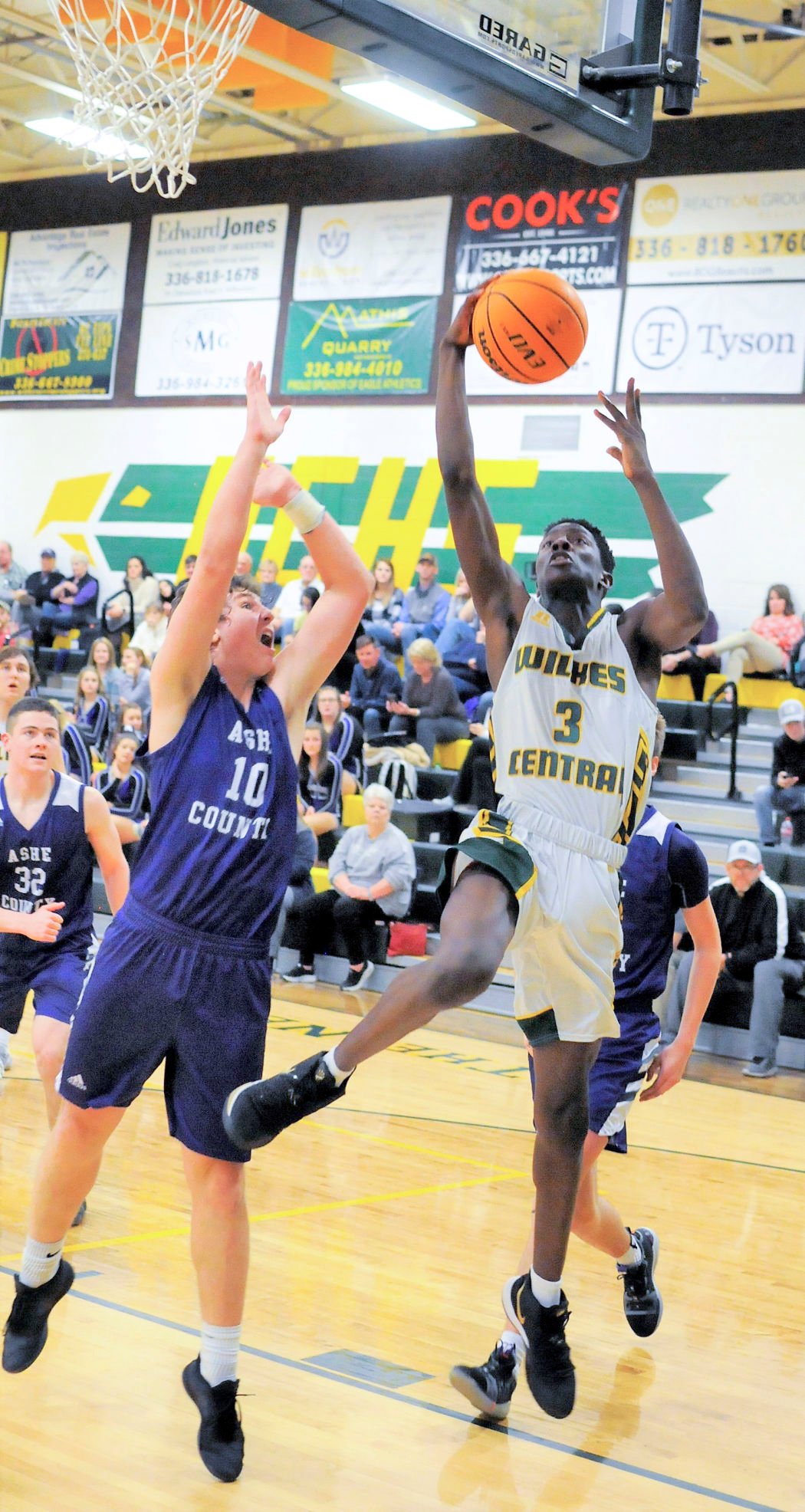 Banks sank seven 3-pointers - several from well beyond the arc - and was a perfect 7-for-7 from the charity stripe. And Banks did all his damage in three quarters, helping the home team earn a 56-37 advantage heading into the final frame.

Zach Mastin chipped in 18 points as the Eagles improved to 13-7 overall and 11-2 in league play with the Mountain Valley Athletic Conference victory. The Eagles have also won nine straight games.

Wilkes Central at least momentarily holds a slight edge for the top spot in the conference over Starmount, idle tonight but scheduled to play North Wilkes Monday in a game delayed because of Thursday’s inclement weather. A Rams’ win will forge a tie with the Eagles for first with one game left to play.

Seniors Banks, Marcus Lopez, Ethan Dobson, Colby Lakey, Jadyn Riddle, and Jakob Gowan were all recognized prior to the start of the boys’ game. Except for Lakey, out with an injury, all five senior Eagles who played scored at least a bucket Friday.

Coupled with a West Wilkes win over Ashe County in Millers Creek Friday, the Huskies, Eagles, Trojans, and Blackhawks now all have identical 10-3 records in the MVAC.

Hallie Treva and Audrey Craven led the Huskies with 19 and nine points apiece, and the two players combined to hit five 3-pointers. Ashe County now has a 16-5 overall record.

The visitors first took the lead at 5-2 in the first quarter off a Craven triple from the left in transition, and that lead swelled to 15-6 after one period. The Eagles never cut the margin lower than five points the rest of the evening.

Erica Wyatt paced the Eagles with 15 points despite limited action in the second half due to foul trouble (Wyatt finally fouled out with 2:10 left to play). Zoe Susi added 10 as the home team dropped to 16-5 on the season.

Friday night was senior night in Moravian Falls, and between the girls’ and boys’ varsity contests the crowd recognized the careers of Eagles’ seniors Azariah Banks, Zakiya Banks, Madison German and Wyatt.

Sorry, there are no recent results for popular articles.

Cloudy in the evening, then off and on rain showers after midnight. Low 44F. Winds light and variable. Chance of rain 40%.