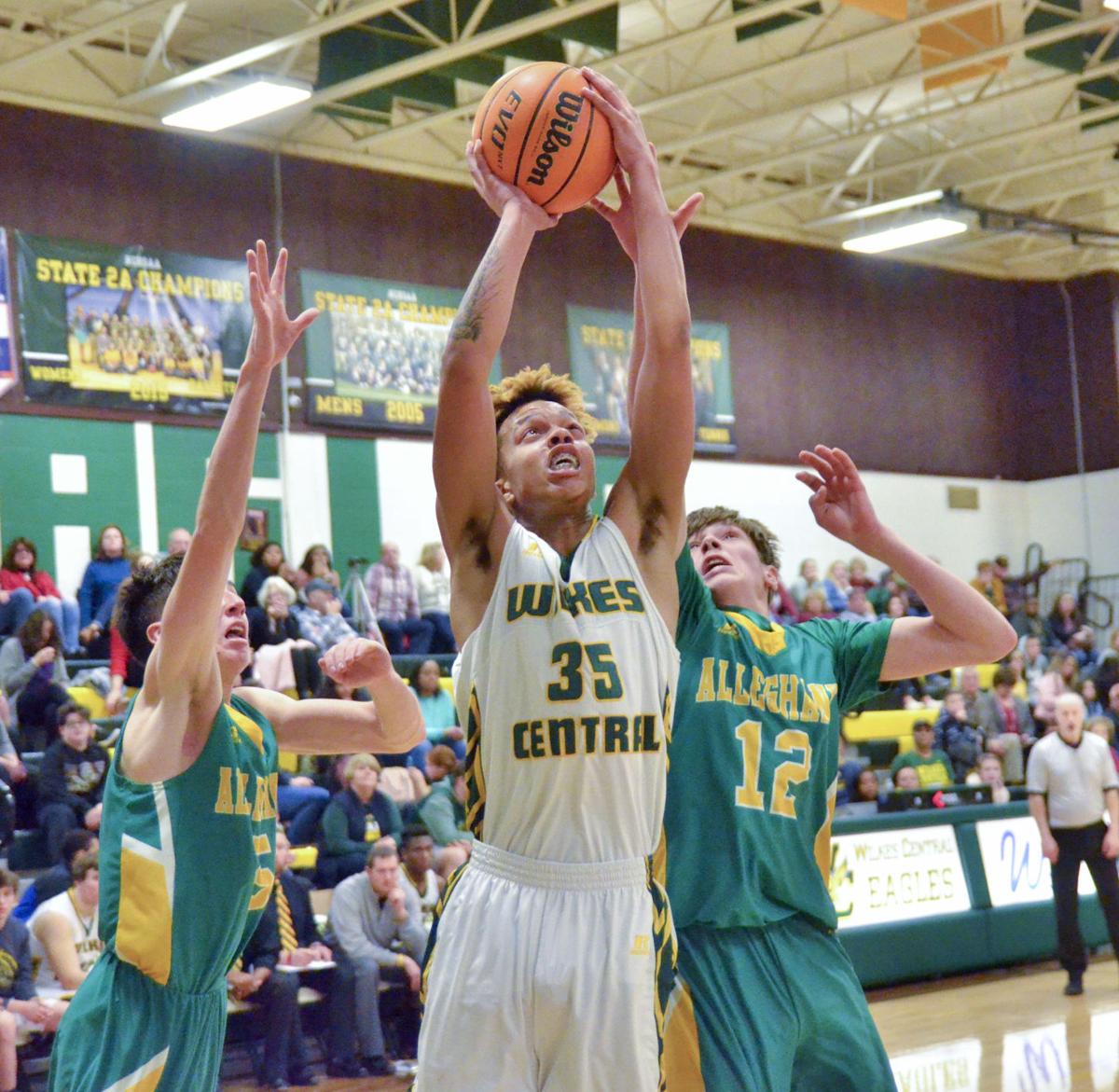 Wilkes Central's Jadyn Riddle drives to the basket against Alleghany's Blake Murphy and Luke Bottomley in the second half of Friday night's tournament game. 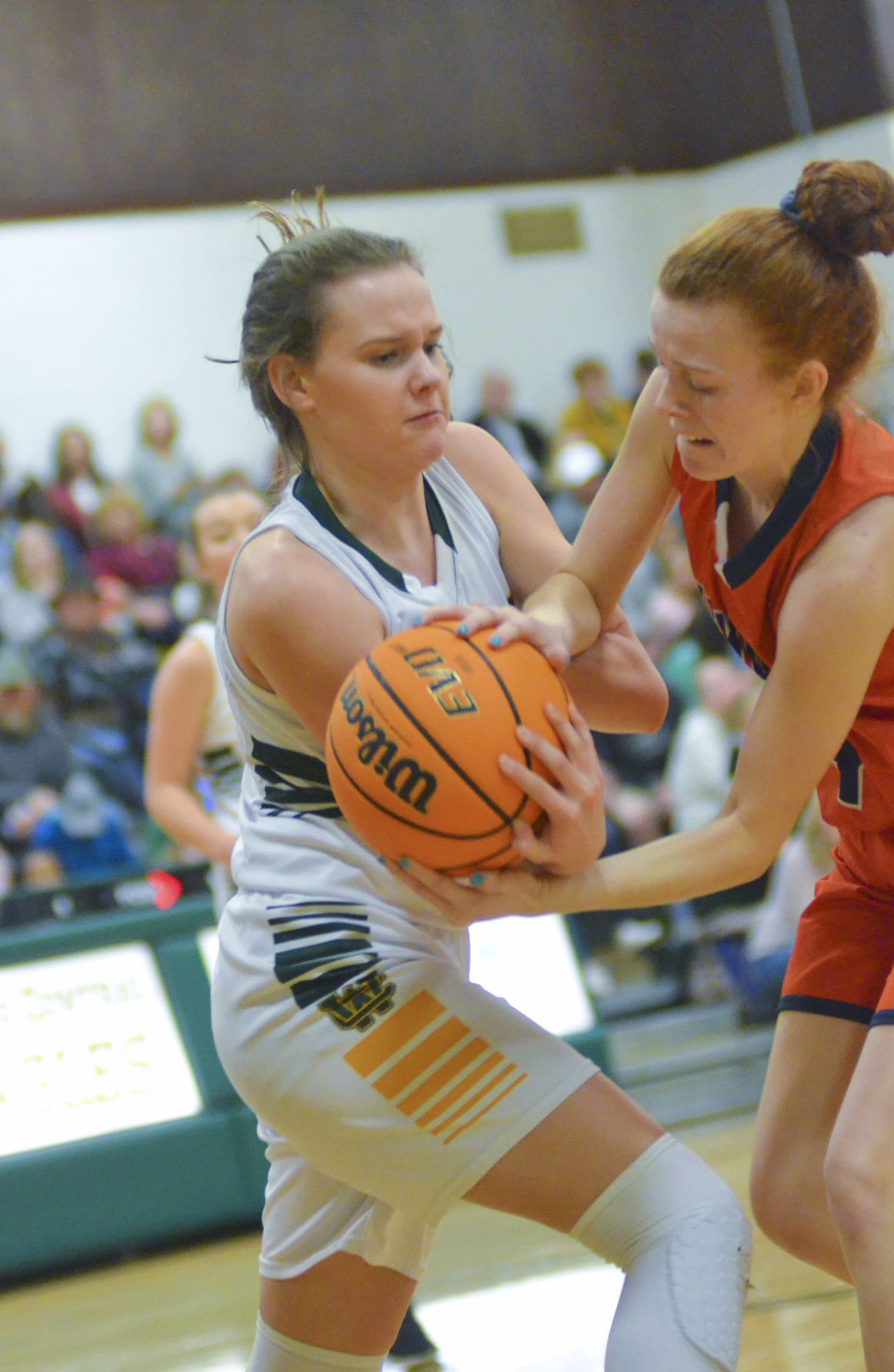 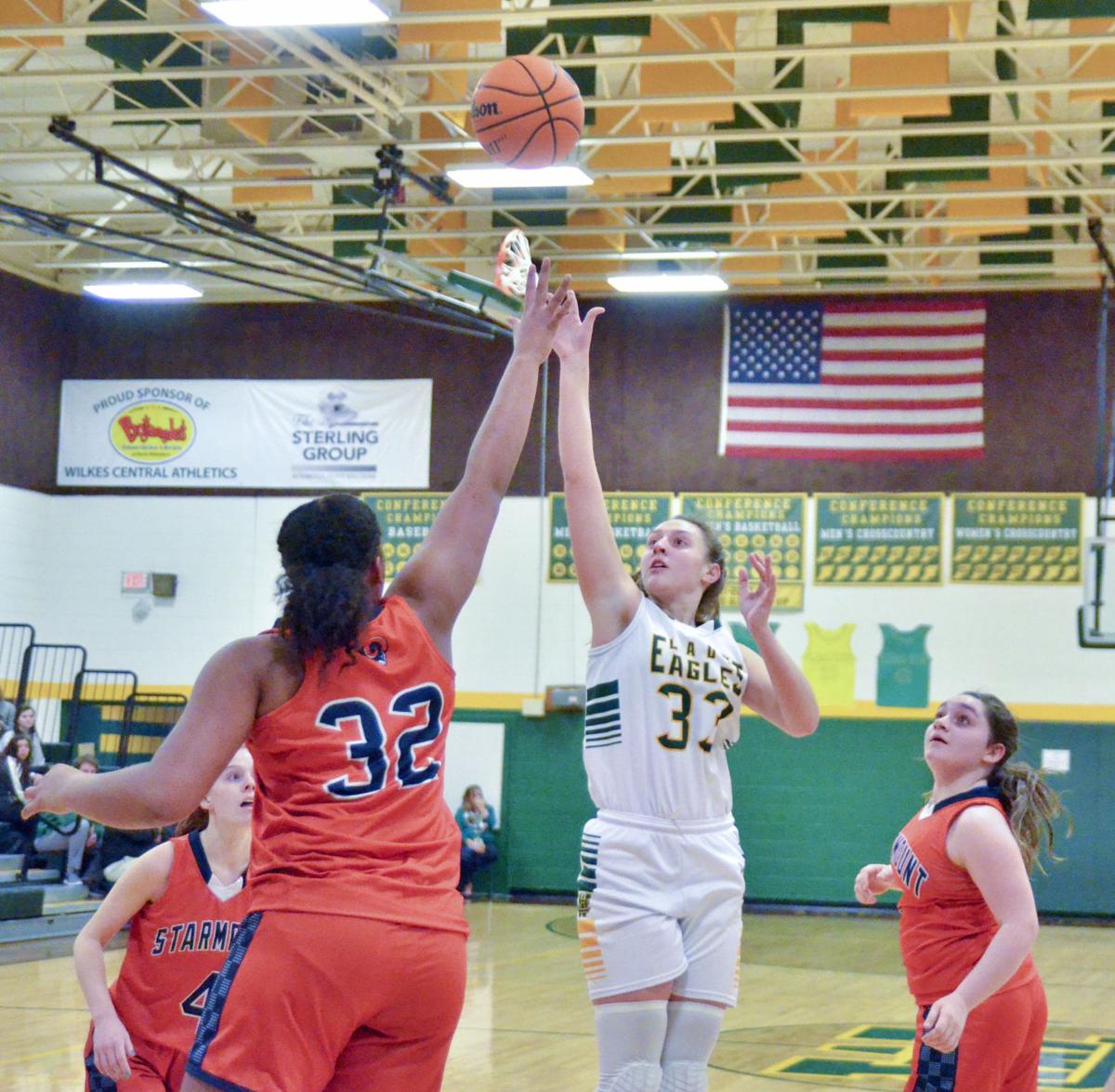 Wilkes Central's Jacklyn Richardson puts up a jumper over Starmount's Olivia Gwyn in the first half on Friday night.

Wilkes Central's Marcus Lopez, seen here putting up a shot in the first half, hit a pair of key free throws with 50 seconds left in Friday's tournament win.

Wilkes Central's Jadyn Riddle drives to the basket against Alleghany's Blake Murphy and Luke Bottomley in the second half of Friday night's tournament game.

Wilkes Central's Jacklyn Richardson puts up a jumper over Starmount's Olivia Gwyn in the first half on Friday night.

Wilkes Central withstood a game effort from Alleghany on Friday night in Moravian Falls and defeated the Trojans 45-41 to advance in the Mountain Valley Athletic Conference boys basketball tournament.

The Eagles led by as many is 12 in the opening half and by nine (30-21) early in the third quarter on a Marcus Lopez runner.

Alleghany (8-16) cut the deficit to just three late in the quarter, thanks to a Julio Arroyo put back.

But Jadyn Riddle, who beat the first half buzzer with a basket, connected on a basket in the final seconds of the third quarter.

Then Ethan Dobson — the Eagles’ only double-digit scorer with 11 points— pushed the lead to eight (40-32) less than a minute into the fourth quarter.

The Trojans made it a one-possession game (43-41) with four minutes to play on a Jared Foley 3-pointer.

After a pair of missed 3-point attempts by Alleghany, sandwiched between Lopez missing the front end of a one-and-one, Lopez knocked down a pair of free throws with 50 seconds to play to make it a two-possession game.

The Trojans had a pair of clean looks at a 3-point attempt in the final seconds but couldn’t convert on either as time ran out.

Lopez and Zach Mastin complemented Dobson with seven points apiece. Riddle and Colby Lakey, who returned to the lineup Friday after missing more than a month with an injury, finished with six points each.

Wilkes Central made short work of Starmount Friday night in Moravian Falls, dispatching the Rams 69-42 in the final girls game of the opening round of the Mountain Valley Athletic Conference.

Erica Wyatt led the home team with 12 points, with her first point coming at the 4:05 mark of the first quarter off a free throw. Wyatt was then officially recognized before the fans at the Eagles’ Nest for scoring her 1,000th point, a feat that actually occurred on the road Tuesday against Elkin.

Sarah Lowe and reserve Makenna Freeman each added 10 points for the Eagles.

Wilkes Central grabbed control in the opening frame but really pulled away by tallying a combined 39 points in the second and third quarters. Eight different players contributed to that mid-game offensive outburst, fueled in large part by transition baskets created by Central’s stifling full-court press.

Wilkes Central will now prepare for round two of the league tournament, with a matchup Wednesday against No. 2 Alleghany. Those two teams split their season series.

Partly cloudy in the evening with more clouds for later at night. Low around 30F. Winds light and variable.