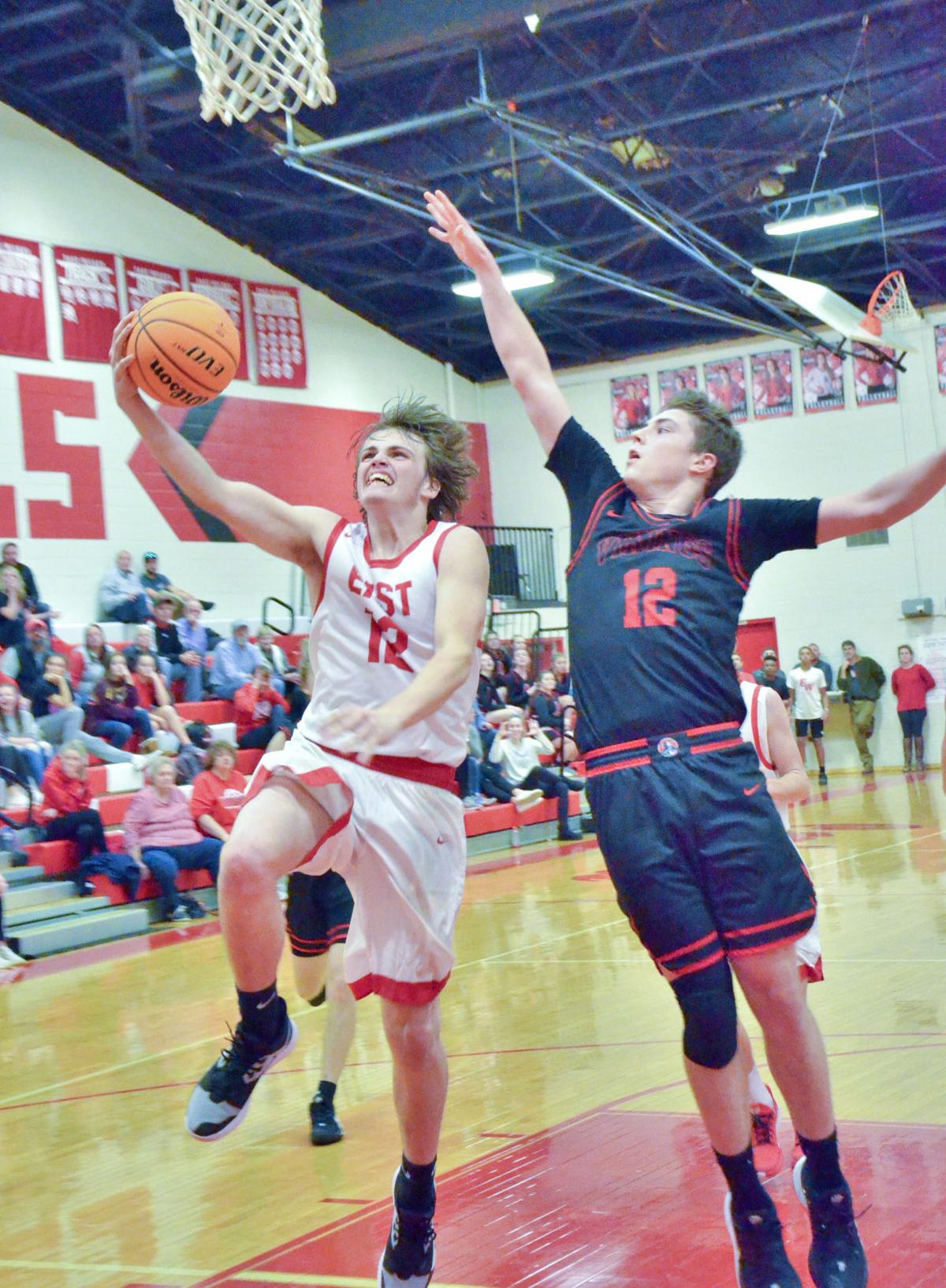 AFTER COLLECTING A STEAL AT MIDCOURT, Lee Billings connects on a layup against Avery County’s Marcus Milliron. Billings, who chipped in nine points on Tuesday night, gave East Wilkes the lead, 55-54, with 2:30 to play on the basket. 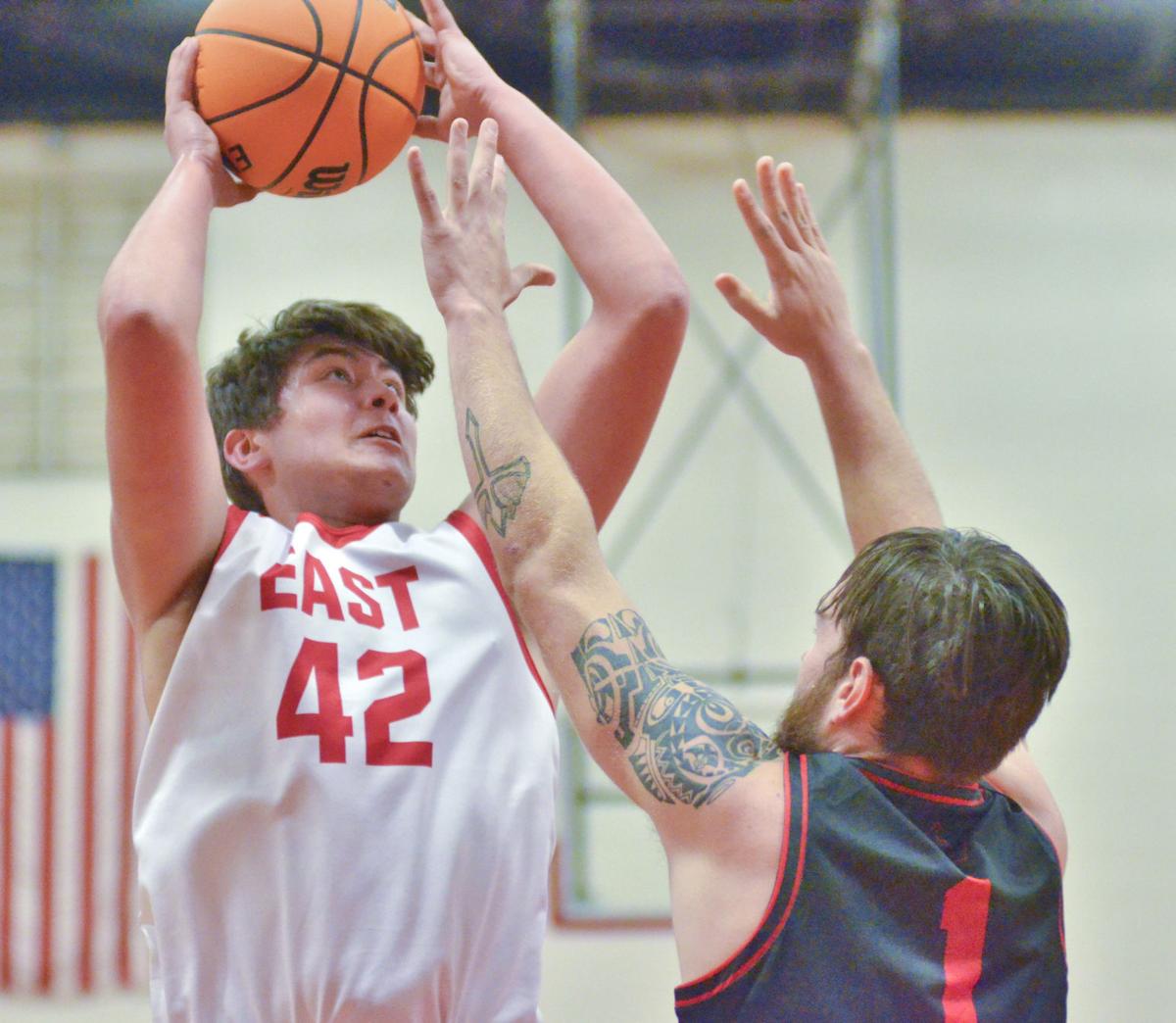 LEDGER BLACKBURN, who scored a game-high 15 points, shoots over Jesse Jones in the second quarter of East Wilkes’ 59-55 win on Tuesday in Ronda. 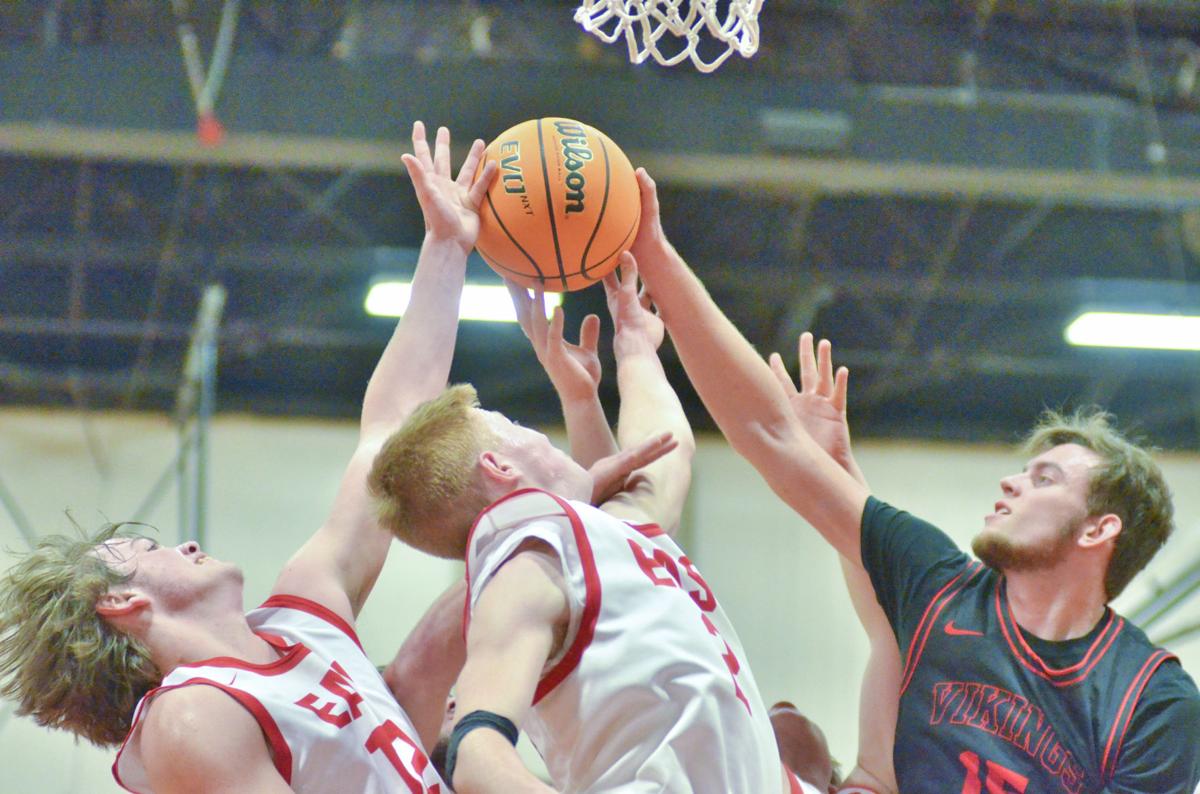 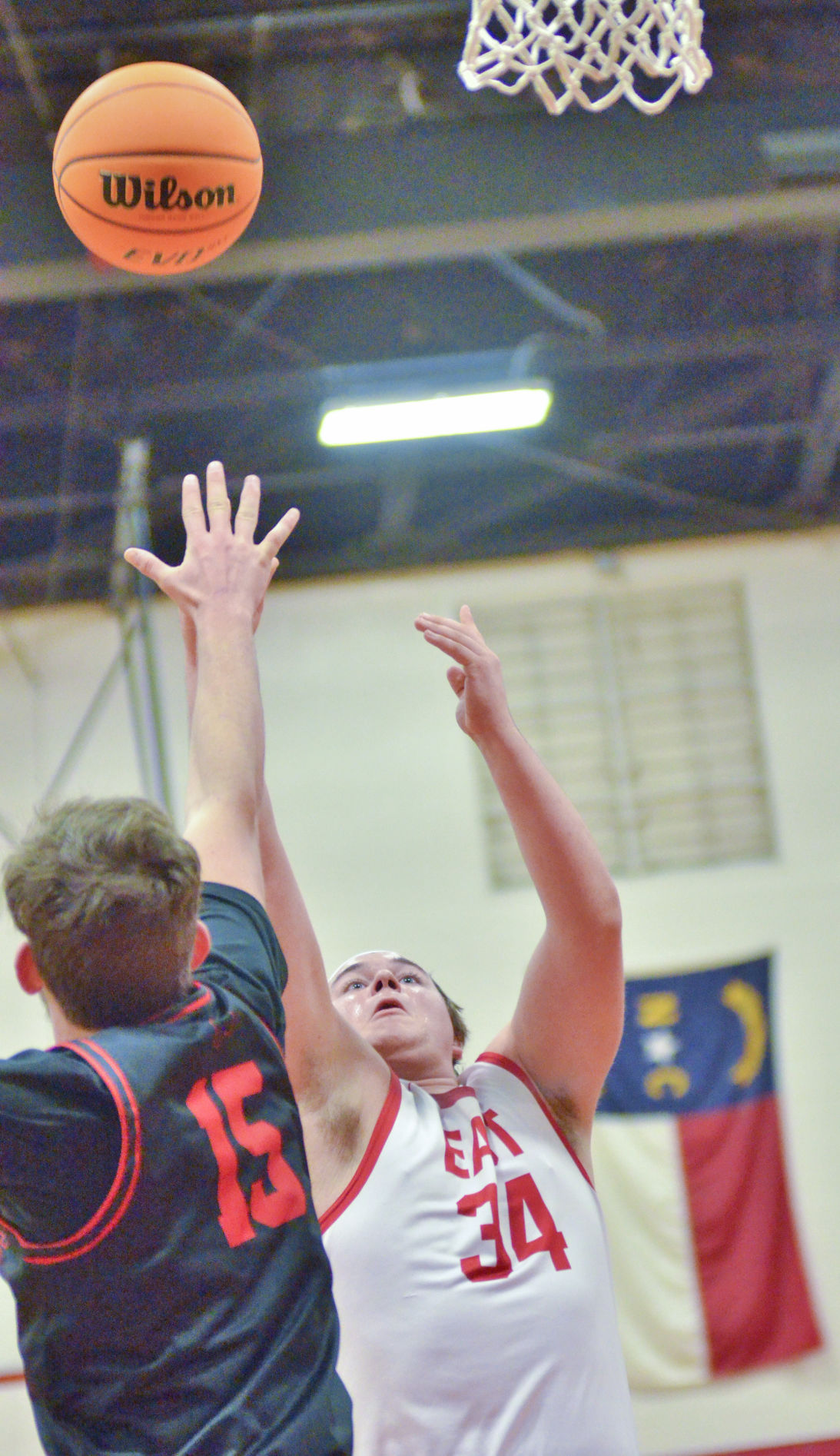 AFTER COLLECTING A STEAL AT MIDCOURT, Lee Billings connects on a layup against Avery County’s Marcus Milliron. Billings, who chipped in nine points on Tuesday night, gave East Wilkes the lead, 55-54, with 2:30 to play on the basket.

LEDGER BLACKBURN, who scored a game-high 15 points, shoots over Jesse Jones in the second quarter of East Wilkes’ 59-55 win on Tuesday in Ronda.

Rousseau, who is in his second season with the Cardinals, felt that was something last year’s 3-20 East Wilkes squad was missing at times.

The margin of victory could very well have been more but the Cardinals went just 5-of-16 from the free-throw line in the final quarter and 9-for-23 in the game.

Luckily, Dylan Ward hit a pair of free throws in the final seconds to ice the game. Then the senior stole the inbounds pass to secure the win.

“That shows the growth of this team because that is a game that last year, we didn’t have the mental toughness to finish out, especially when we get out a pretty sizeable lead, and they come back and take lead, but we closed it out tonight,” said Rousseau. “Obviously, free throws were an issue at the tail end of the game and it could have been a little bit less heart stopping.”

Trey Lambert hit a pair of free throws to cut the deficit to one. Then Lee Billings came up with a steal at midcourt and connected on a tough layup through heavy traffic to give East the lead.

Billings, a senior who made his varsity debut on Tuesday, finished with nine points.

“I was real nervous, but the guys had my back and we chipped on through,” said Billings. “But with it being my senior season, I knew I had to come through.”

Avery County (2-1) tied the game 55-55, but missed the front end of a one-and-one and the Cardinals retook the lead with a layup from Ward.

The Vikings had one last chance to tie the game after East was called for a backcourt violation with a little more than 30 seconds to play.

Marcus Milliron, who finished with 13 points ,but had been held scoreless in the second half, went in for a layup and Lambert came up with a big block to preserve the lead.

Lambert finished with eight points — one of four Cardinals with eight or more points — but didn’t hit a field goal in the second half.

“I knew that Caeden (Howell) was pressuring the ball really well and the dude shook and he got beat left and I just came over with help defense. And when he jumped, I jumped and timed it up good; he shot and I just swatted it,” Lambert said about the defensive stop. “I didn’t have to do a lot of scoring tonight because Ledger (Blackburn) took care of that. We worked it in a lot and he did a good job of scoring — it was just a great team effort altogether.”

Blackburn made his high school debut Tuesday night and quickly made his presence felt as he drew a pair of charges in the first half that spurred a 9-0 run to give the Cardinals an early 11-4 advantage. East led by as many as eight (14-6) after one quarter

The freshman, who finished with a game-high 15 points, hit a jumper from the free-throw line to go up 27-24 in the second quarter.

“We knew he had a matchup advantage coming into tonight. All of our bigs had matchup advantages tonight, that was where we had a little more strength than they did,” said Rousseau. “And once he (Blackburn) settled in, saw a shot drop after the first couple, he knew he wanted the ball and made an impact on the game.”

Milliron tied the game with a 3-pointer and Avery took the lead on a Chase Gilliam jumper.

But the Cardinals retook the lead, 30-29, just before halftime when Lambert found a cutting Blaine Wagoner for an easy layup.

Wagoner finished with just four points but Rousseau felt the senior’s work on defense had a more significant impact. Like Blackburn, Wagoner drew a pair of charges in the first half.

“Defensively, I don’t think they really got a decent look in the last minute-and a-half of that game. I was just really, really proud of how well we stepped up and played defensively,” said Rousseau. “Our bigs did an exceptional job, especially Blaine Wagoner. He’s going to do things that don’t show up on the score sheet always, and the fact that he’ll give up his body while somebody’s running full speed into him, it’s impressive. All my bigs stepped up defensively and were amazing.”

Notes: Brayson Church and Ward added eight and six points, respectively, for the Cardinals, who were supposed to travel to South Iredell on Wednesday, but the game got cancelled. Caeden Howell also added six points for East Wilkes. They’ll be back in action a week from tonight against South Iredell. Hoilman paced Avery County, which travels to Ashe County on Tuesday, with 15 points. In JV action, East Wilkes started the season on a positive note with a win over Avery County.

Scattered thunderstorms in the evening with a few showers possible late. Low 63F. Winds light and variable. Chance of rain 40%.

Rain early...then remaining cloudy with showers late. Low 64F. Winds light and variable. Chance of rain 70%. Rainfall near a quarter of an inch.