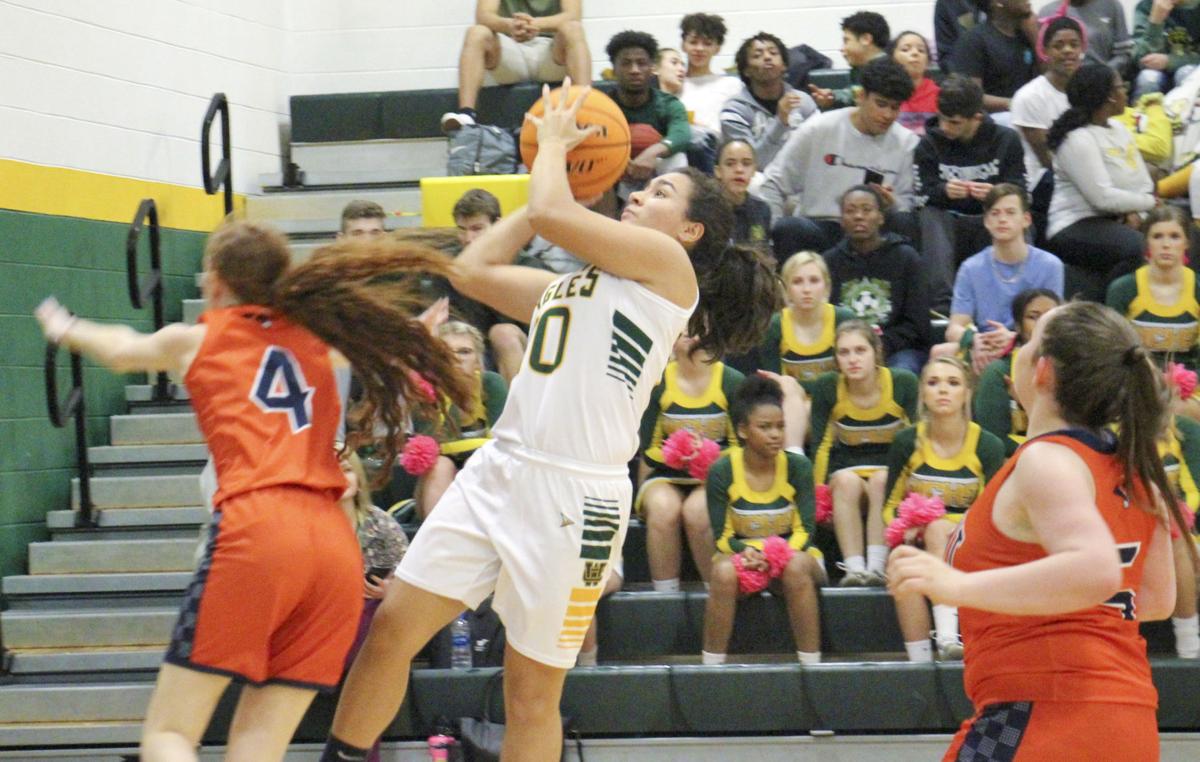 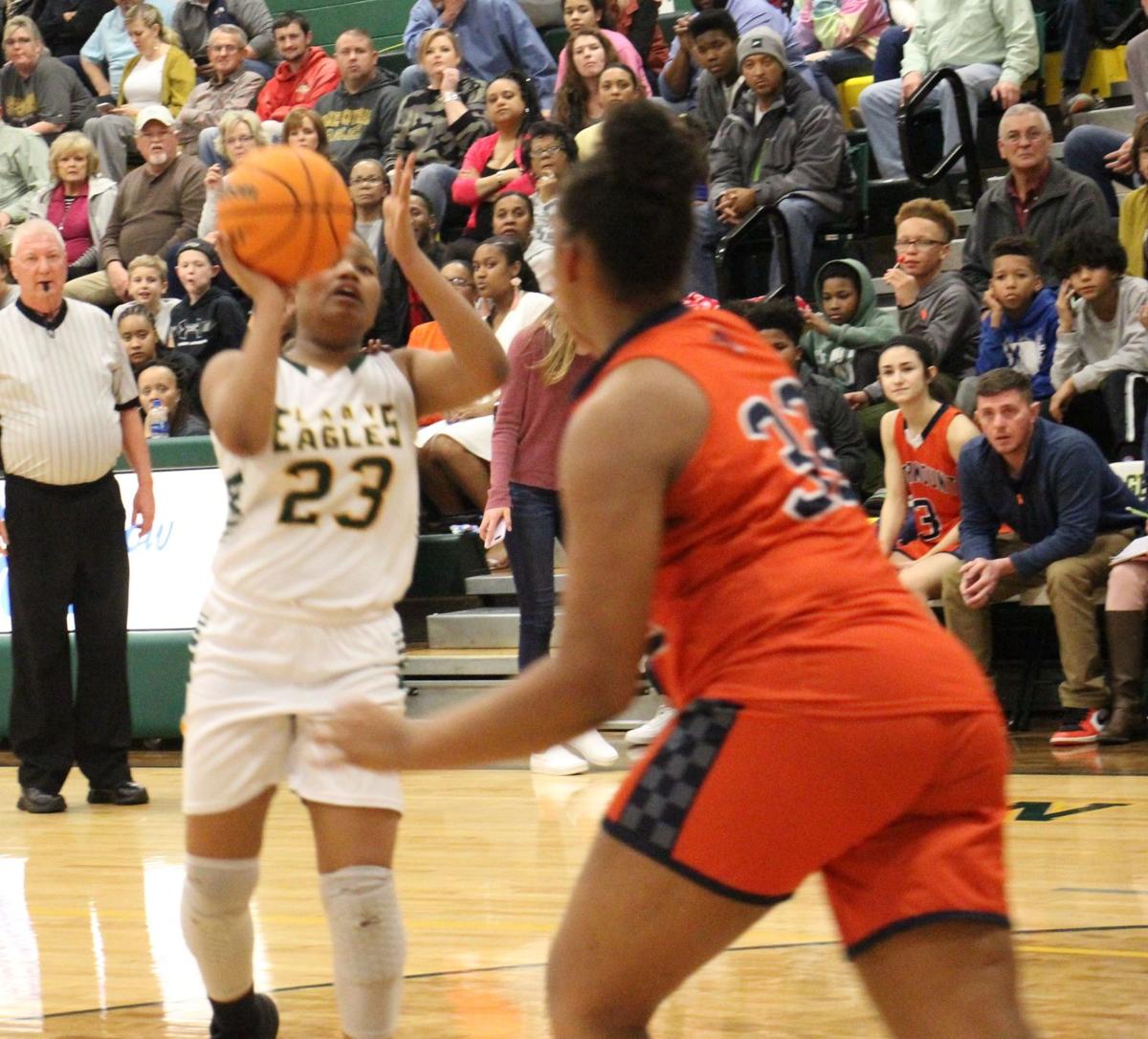 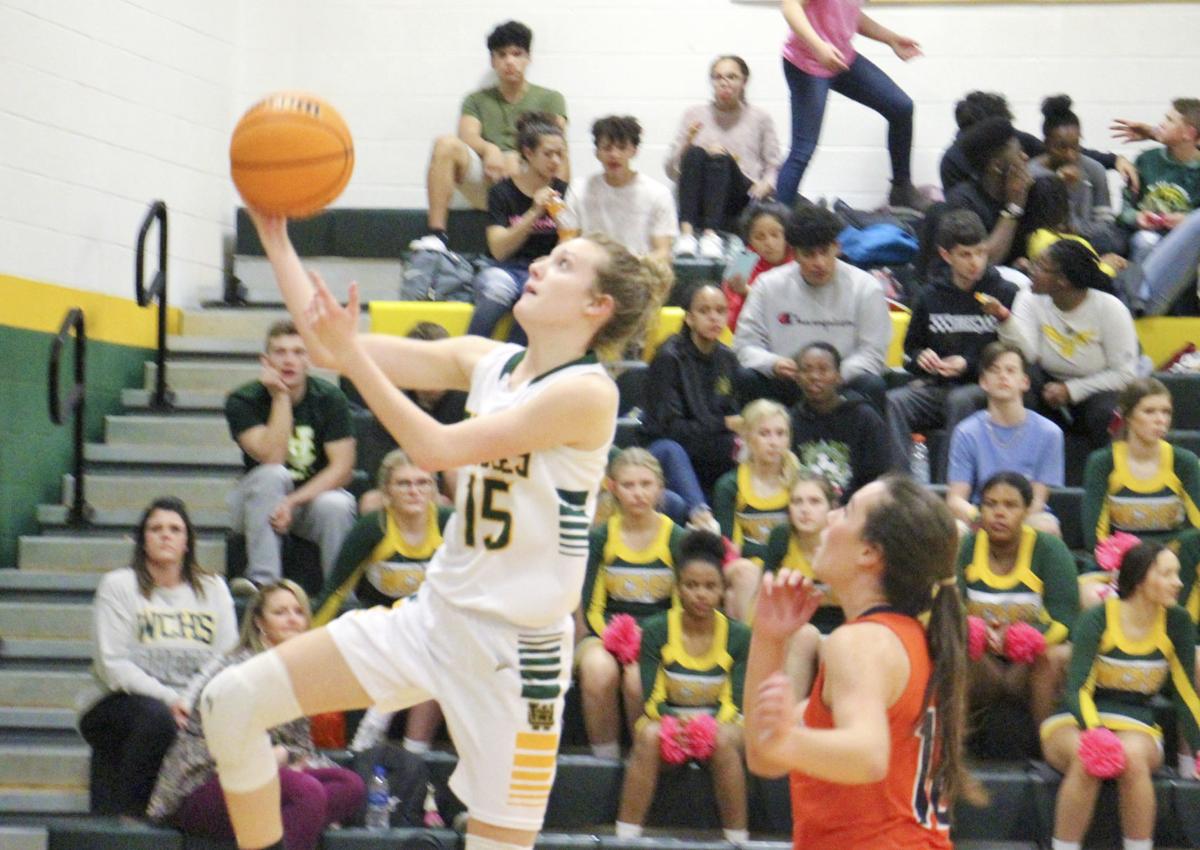 Wilkes Central’s girls basketball team needed to get back on the winning track after two straight losses.

The Eagles found their groove at the expense of Starmount in Moravian Falls Tuesday night. Central jumped out to a 20-4 lead in the first quarter and were never threatened on their way to a 66-26 victory.

Madison German led the Eagles with 17 points and Erica Wyatt scored 16. The Eagles played exceptional basketball in the opening quarter shooting 40 percent  (10-of-25) and had 11 offensive rebounds. They did not record a single turnover as they cruised to the 16-point advantage.

“The last couple of games we have turned the ball over quite a bit. Tonight I thought we took good care of the ball and got off to a good start,” said Wilkes Central Head Coach Greg Davenport. “This was also one of our best games defensively too. We needed a ‘get right’ game after the last two and this came along at a good time. It was definitely one of our best total games.”

The turnovers came early in the second period and allowed the Rams to cut into the lead but never to single digits.

Even with the letdown in the second period, the home team held a 31-17-halftime lead.

“We got lazy with our passes on the perimeter and settled for some jump shots instead of working the ball around for the better shot,” said Davenport. “We had folks playing a little out of position and with players they weren’t used to playing with and I think that also contributed to some of the turnovers.”

The Eagles emerged from halftime with a renewed spirit and held the Rams to nine-second half points while the Eagles scored 15 in the third period and 20 in the 4th.

The win allowed Central to remain tied for first in the Mountain Valley Athletic Conference with Alleghany, at 10-2 (16-4 overall) with two games to play. Central is scheduled to host Ashe County tonight and travels to Elkin on Tuesday night to end the regular season.

“We held them to nine points in the second half and we were able to play a lot of folks a lot of minutes and give some players some rest,” said Davenport. “We have been preaching to them that to win from here on out, we have got to get down and guard people. We have three games this week and the one Friday with Ashe is big. ”

Starmount received seven points off the bench from Emily Brewer and six from Olivia Gwyn.