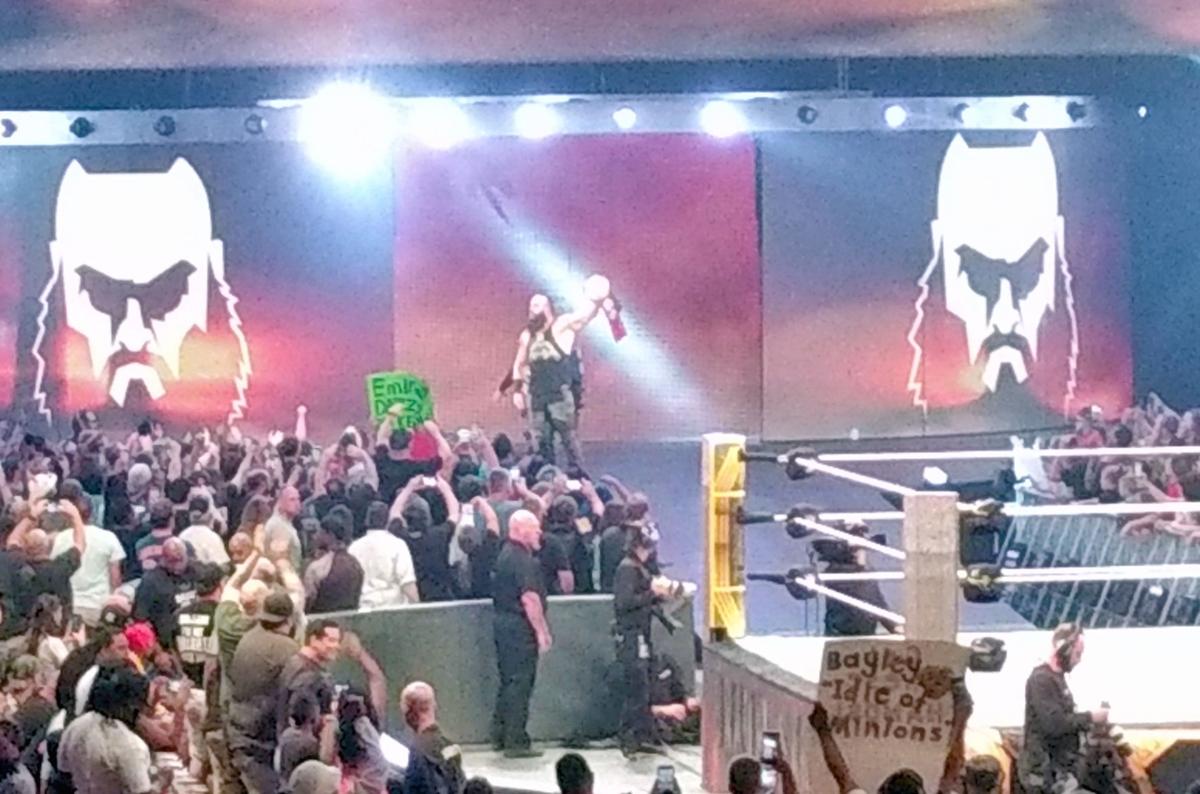 ADAM SCHERR, who goes by the wrestling name Braun Strowman, seen here with the RAW Tag Team Championships, won the Universal Championship during this past weekend’s Wrestlemania. 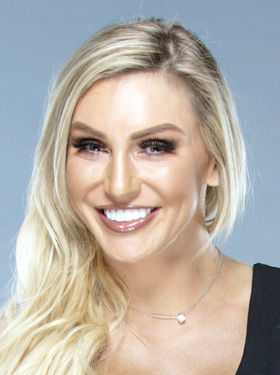 COVID-19 has postponed, cancelled or altered productions of sporting events and other forms of entertainment across the globe over the last month.

One event, however, did go on as regularly scheduled this past weekend — but not without several alterations.

The 36th edition of World Wrestling Entertainment’s Wrestlemania went on as planned but no one could have predicted the events that would take place after Drew McIntyre won the Royal Rumble back in January when he earned a WWE Championship match at the showcase of the immortals.

Up until the first Sunday of March, following the conclusion of WWE’s Pay-Per-View Elimination Chamber, there hadn’t been a single detour or roadblock on the Road to Wrestlemania.

But after March 9’s edition of WWE’s flagship show, Monday Night RAW, that all changed.

The NCAA basketball tournament, spring sports and a plethora of other things were all cancelled due to the coronavirus three days later. Despite nearly any social gathering being cancelled, WWE Chairman Vince McMahon was steadfast in making sure that Wrestlemania 36, which was scheduled to emanate from Raymond James Stadium in Tampa, Fla., would still go on.

As more news of COVID-19 became available, it was looking like that may not happen, meaning all the buildup since the Royal Rumble would come to a halt.

Wrestlemania did take place this weekend, but it did not look, or sound, like it has in any other year.

Having been a pro wrestling fan since the early 2000s, I’ve watched nearly every Wrestlemania when it first aired on pay-per-view since Wrestlemania 23 in 2007 (thanks to all my college friends and myself pooling our money together to order the pay-per-view) and always been in awe of the atmosphere of seeing somewhere between 70,000-to-80,000 fans pack a professional sports facility.

I even had the opportunity last fall to experience my first WWE Pay-Per-View in person, attending Clash of Champions at The Specturm Center in downtown Charlotte in front of more than 16,000 fans of the WWE Universe.

It was such a cool experience and atmosphere to see in person, and a lot of people that I’ve gotten to know because of this mutual interest over the years, had a ton of fun. Brett Lyon and Aaron Simmons, who are the head tennis coaches at North Wilkes and East Wilkes, respectively, attended the event; Simmons’ daughter even caught a trademark pancake from one of WWE’s most beloved tag teams, The New Day.

While penning this column, the March 13 edition of Friday Night Smackdown on Fox was on in the background of my home office. That episode was one of the few live entertainment events to continue to air following the announcement of multiple cancellations.

But there was not the same feel to it.

First, it was moved from Detroit, Mich., where it was originally scheduled to be, to the WWE Performance Center in Orlando, Fla.

Also, they performed in an empty arena with no fans — something that hadn’t happened before in the history of WWE with the exception of a few gimmick matches where two superstars would wrestle each other in that environment.

That night also saw the return of North Carolina native Jeff Hardy to the ring. Hardy, like many other superstars, feeds off the cheers (or boos) from the WWE Universe, but there were none to be found on that night.

Since that episode, all WWE events have taken place at the Performance Center with no fans — and it continued on Saturday and Sunday night, as well as with this past Monday’s RAW.

All Elite Wrestling, another wrestling promotion which premiered on TNT just under a year ago, has been filmed with no audience in Jacksonville, Fla., since March.

I was able to watch the live, three-hour version of RAW (compared to the 90-minute version normally watched on Hulu) last Monday, in what’s normally known as the “go home show” as they have the final build up before Saturday’s spectacle.

It was an eerie feeling to watch the last RAW before Wrestlemania and not have the crowd chanting, cheering or booing at the end as the show went off the air — just silence following Paul Heyman’s promo for his client, Brock Lesnar, who was scheduled to face McIntyre in the main event for the WWE Championship.

In the days leading up to Saturday’s Wrestlemania, several of WWE’s fan favorites, The Miz and Roman Reigns, withdrew from the show. The Miz fell ill, causing a change to the triple threat ladder match for the Smackdown Tag Team championship, changing it into a singles triple threat ladder match, with one member from each tag team were represented.

Reigns, who goes by the name Joe Anoa I in real life, withdrew from the card for sake of his health, having been diagnosed with leukemia more than a decade ago.

AnoaʻI, who formerly played college football at Georgia Tech, stepped away from pro wrestling back in 2018 after his leukemia came back, coming back more than six months later for last year’s Wrestlemania.

But Reigns’ withdrawal presented an opportunity for another superstar, Braun Strowman, who would defeat Bill Goldberg to win the WWE Universal Championship — the first major championship of his career — on Saturday.

Adam Scherr, who goes by Strowman in the ring, has some close ties to North Carolina having graduated from Bandys High School in Catawba County.

Another athlete with ties to the Mountaineers made their main roster debut on the RAW after Wrestlemania.

Denzel Dejournette, who was an accomplished amateur wrestler at both RJ Reynolds High School and App State, has been performing in WWE’s developmental program NXT and faced multi-time world champion Seth Rollins on Monday.

Despite being quickly defeated in what pro wrestling terms is called “a squash match,” it’s still pretty cool to see someone with ties to the area be on WWE’s main roster — even if just for one night.

Stephanie McMahon, a chief brand officer for WWE, opened up Saturday night’s Wrestlemania by saying that this year’s would be different than any of the previous 35 versions of its marquee event.

She was certainly right, it was different, but the fact that those performers still went out and do what they do for more than 300 days a year, brought a sense of normalcy during this crazy time for our country.

A local radio show host probably summed up this weekend’s Wrestlemania the best out of anything I’ve heard in the past 24 hours — WWE took chicken poop and made chicken salad.

Hopefully when Wrestlemania 37 emanates from Los Angeles in March 2021, things will be back to some semblance of normal…and hopefully with 80,000 screaming fans of the WWE Universe in attendance.

A mix of clouds and sun early followed by cloudy skies this afternoon. Slight chance of a rain shower. High 73F. Winds light and variable.

Partly cloudy early with thunderstorms becoming likely during the afternoon. High 77F. Winds W at 5 to 10 mph. Chance of rain 70%.