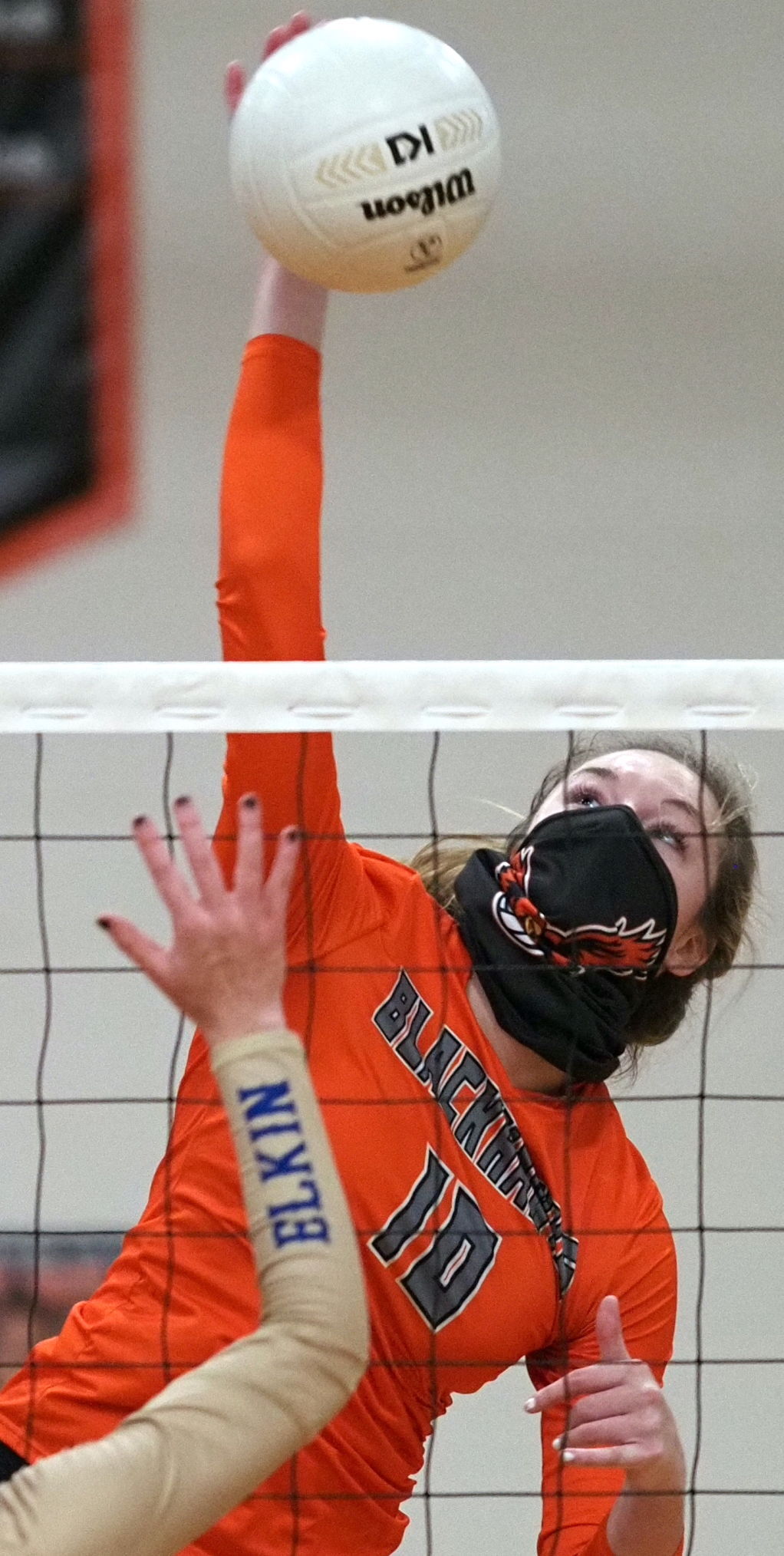 Cheyenne Clonch, shown soaring above an Elkin defender earlier in the 2020-21 season, was recently named back-to-back-to-back player of the year in the Mountain Valley 1A/2A Athletic Conference. 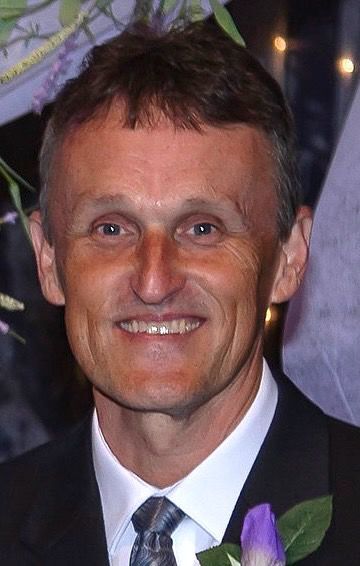 They say good things come in threes, and that certainly applies to West Wilkes volleyball player Cheyenne Clonch and her coach, Steve Bryan, in 2021.

Clonch and Bryan were recently named the Mountain Valley 1A/2A Conference’s player and coach of the year for a third straight season.

Clonch, a 6-1 outside hitter, surpassed 1,000 career kills early in the season and led the Blackhawks to the 2A West Region finals. She will continue her volleyball career at Lenoir-Rhyne University in Hickory.

Under Bryan’s direction, West’s conference champion varsity teams have a combined overall record of 57-6 over the past three seasons. Against league opponents, Bryan’s clubs are 41-1.

All-conference selections from other MVAC schools were Kenzi Lyall and Chloe Pruitt of Alleghany; Emma Freed of Starmount; Audrey Jennings and Mattie Wells of Elkin; and Adeline Bower and Paige Overcash of Ashe County.

Mostly cloudy in the evening then periods of showers after midnight. Low around 35F. Winds light and variable. Chance of rain 40%.