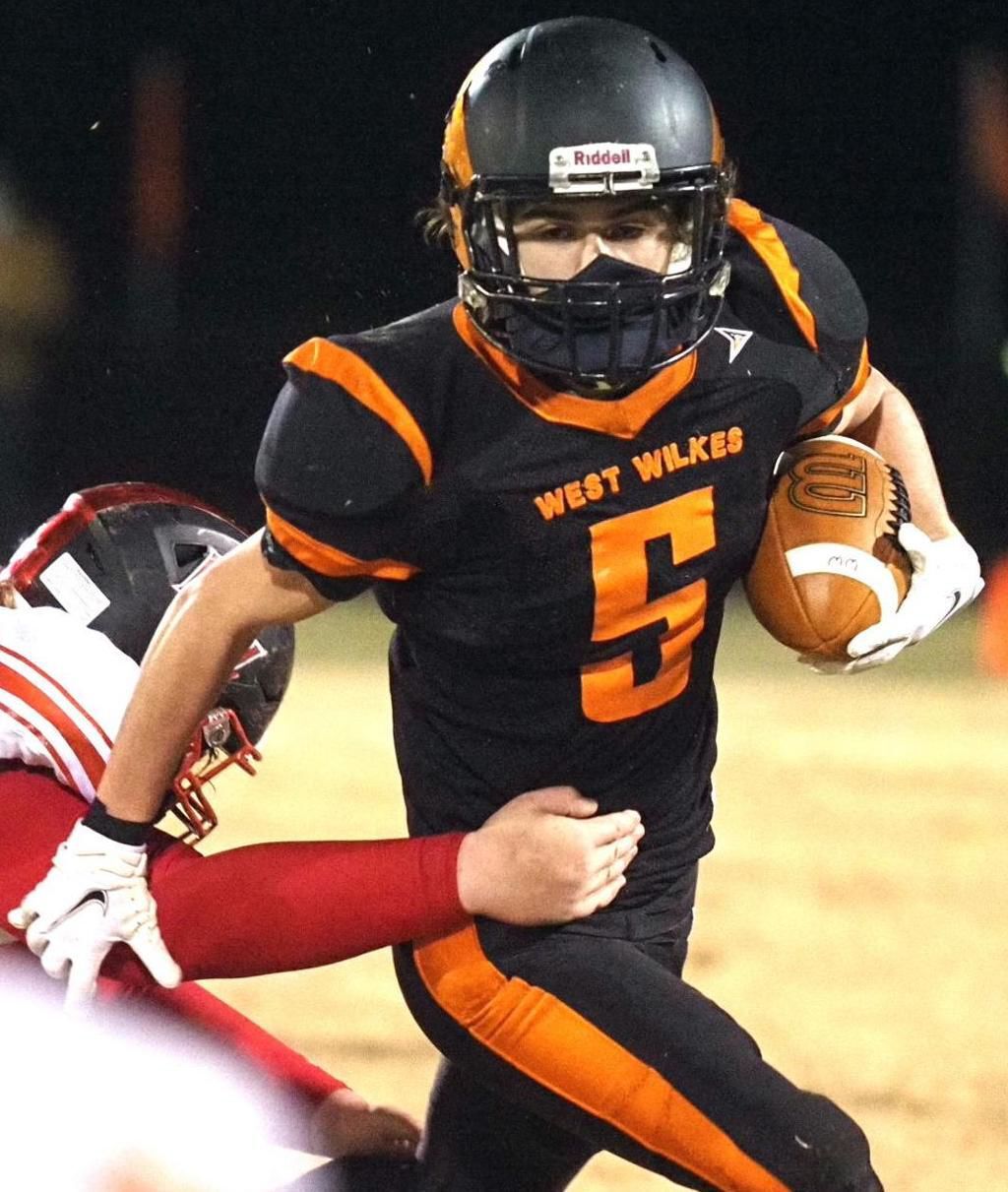 Junior Jarrett Minton is one of West Wilkes’ ”stable of running backs that we believe can get the job done,” according to Coach Phil Collett. 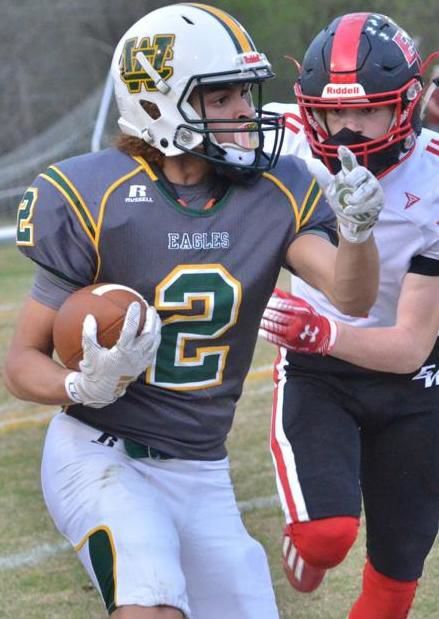 Junior Jarrett Minton is one of West Wilkes’ ”stable of running backs that we believe can get the job done,” according to Coach Phil Collett.

“Reunited” by Peaches & Herb would be an appropriate song for amplification this fall at select area football stadiums.

The Vikings must absorb the losses of leading rusher Ben Winters, receiver Caleb Souther and linebacker Cody Shumate. All three were either all-MVAC or honorable mentions.

Wojtecki did not respond to requests for comments on the 2021 Vikings squad.

West Wilkes improved from a one-win campaign in the MVAC to a 3-4 mark in Phil Collett’s first season at the helm of the program.

“We feel pretty good about where we are,” said Collett. “We played a lot of underclassmen in the spring so we return a lot of experience. We think we’ll be better in the trenches due the work we’ve put in in the weight room.”

Collett has many key graduates to replace, including all-leaguers Garrett Patrick, Dylan Ball and Braxton Church.

“Offensively, our greatest strength is Logan,” noted Collett. “He’s smart, tough, a leader and a competitor.”

Referencing Minton, Hanchey and others, Collett added, “We have a stable of running backs that we believe can get the job done.”

Looking at the defensive side, Collett said his club “played good defense at times in the spring, and we return seven starters from that unit, so we look to build on what we did in the spring.”

Wilkes Central finished third in the MVAC with a 5-2 record, the program’s seventh straight season with a winning league mark. The Eagles completed the season with a three-game win streak.

In addition to Morrison, the Eagles must absorb the losses of all-league linemen Jonan Brooks and Brian Hartley, linebackers Ahmad Carlton and Andre Wilson and defensive back Corbin Call.

Turner did not respond to requests for comments on the 2021 Eagles squad.

Here’s a sneak peek at the other teams in the Foothills 2A Conference, highlighted by two teams that won two different league titles last season.

East Surry repeated as Northwest 1A Conference champions with a 5-0 record in the COVID-19-shortened spring 2021 season. The Cardinals outscored their league opponents 226-33.

Trent Lowman’s Cardinals won the 1AA West Regional title for the third straight season but fell to Tarboro in the state championship game. East Surry won the 1AA state title in 2019 and made another appearance in 2018.

East Surry senior Sam Whitt was his league’s co-offensive player of the year, a rare feat for a lineman. He recorded 70 pancake blocks and anchored a line that helped the Cardinals amass over 4,000 total yards.

Cardinal senior Benji Gosnell was the league’s defensive player of the year. He finished with 87 tackles, including 11 for losses, with four sacks and one fumble recovery.

Forbush, after an unblemished 6-0 regular season, shared the Western Piedmont 2A Conference title with Walkertown (4-0). Due to COVID-19 protocol, the teams were unable to play each other to decide a league champion.

Jeremy Funderburk’s Falcons bowed out in the first round of the 2A state playoffs, a 46-21 decision at Mountain Heritage. Funderburk was the head coach at Wilkes Central from 2005-2013.

The Falcons must fill the shoes of quarterback Casey Graham, who was named the league’s offensive player of the year.

Senior running backs Derek Matthews and Luke Bennett return to anchor the ground game. Matthews led the team with 614 rushing yards and 12 touchdowns while Bennett added 466 yards and six scores. Matthews was also a leading aerial target out of the backfield, with two more TDs.

North Surry finished with a 4-3 record in the Western Piedmont, concluding its season with four straight wins under head coach Patrick Taylor.

The Greyhounds must replace linebacker Ty Montgomery, the league’s defensive player of the year, and three other all-league picks lost to graduation.

Surry Central also amassed a 4-3 record in the Western Piedmont. Monty Southern was named the league’s coach of the year after improving upon a 2-9 record in 2019.

The Golden Eagles must fill the shoes of quarterback Chase Holt and his favorite target, Brady Woods. Also graduated is Sam Whitaker, who set a school records with 15 sacks.

A two-way threat is senior Karson Crouse, the club’s leading tackler who also paced the team with 324 rushing yards and seven touchdowns. Senior Logan Priddy returns after topping the club with 764 all-purpose yards.