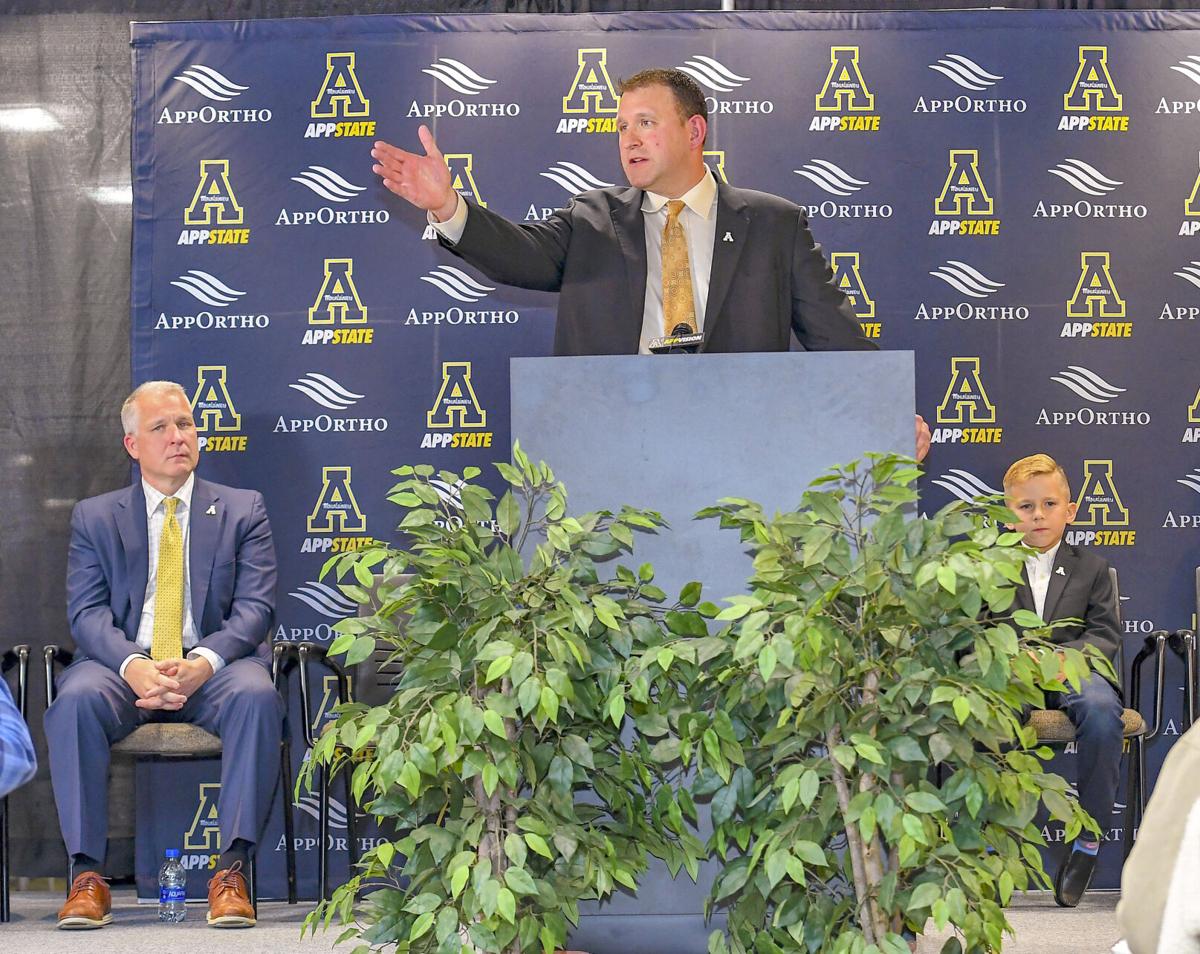 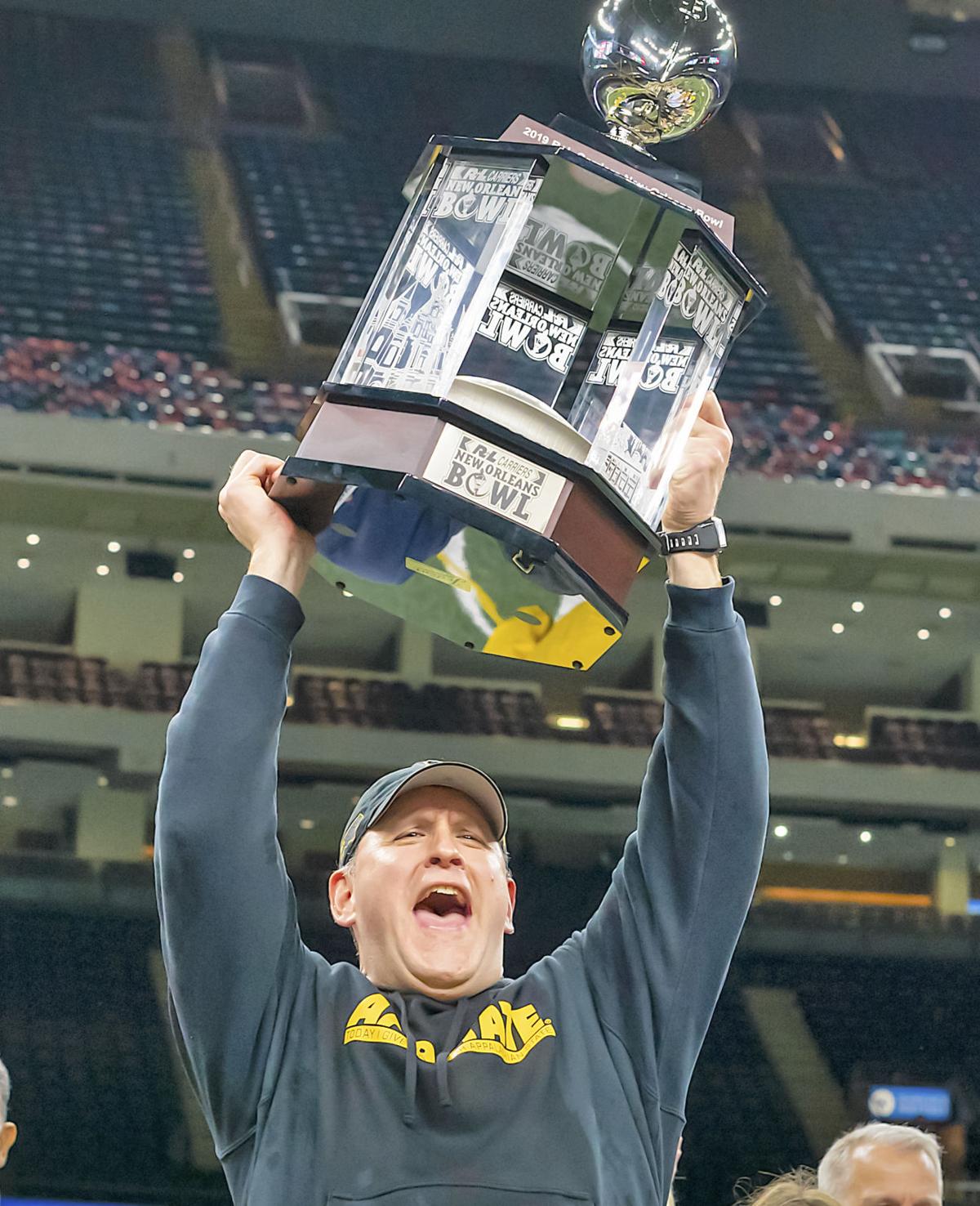 When Shawn Clark was named the permanent head football coach at Appalachian State last December, no one could have imagined his first full season would go anything like it has.

But here it is, almost eight months later, and the former Mountaineer is navigating one of the state’s top college football programs through what is expected to be a season like no other.

With the reports of multiple NCAA athletic conferences postponing its fall seasons (the Sun Belt Conference has not as of Tuesday afternoon), the college football calendar is expected to look different.

Despite everything that’s occurred over the past five months, Clark’s passion for the job has remained unchanged.

“This is still my dream job. It’s a place I don’t want to leave ever but there’s been some challenging times and people say it changes month-to-month or week-to-week, it really changes minute-by-minute and every day you’re on a Zoom call with the Sun Belt or head coaches meeting,” said Clark. “It’s changing, and we’re getting facts daily. It’s a very fluid situation but when we put the black and gold on and go out to the field, I think it’ll finally sink in a little bit that I’m the head football coach here and we’re ready to get started.”

Clark stepped in as the interim head coach before the Mountaineers’ bowl game last December after former head coach Eliah Drinkwitz stepped down after less than a full season in Boone to become the head football coach at the University of Missouri.

And after coaching the Mountaineers to a 31-17 win over the University of Alabama at Birmingham in the R+L Carrier New Orleans Bowl, App. State Director of Athletics Doug Gillin removed the interim tag.

The next three months were business as usual for Clark, adding assistants, meeting and talking with players and starting spring football practice under snowy conditions.

Then March 12 hit and changed everything as the threat of COVID-19 ran roughshod through the sports world.

“It’s been totally different. The NCAA came out early summer/late spring and we went to a no contact phase; we couldn’t have any contact or interaction with our players, they were in the weight room with the strength staff and they were limited in numbers — we had nine players and one strength coach in there,” said Clark. “Then we went to a phase where we could have meetings with the guys but nothing on the field, no football, then we graduated to the 20-hour a week rule and that was really football practice, but it was all walkthrough. These are unprecedented times, we’ve never done this in college football, these hours, but it’s been fair to everybody, they’ve had the same rules.”

But as fall practice has opened up for the Mountaineers, all eyes had been set on what was expected to be a challenging, yet exciting, nonconference schedule.

The nonconference schedule included trips to Madison, Wis. to face the University of Wisconsin of the Big Ten Conference and the well-anticipated rematch with Wake Forest University in Winston-Salem after the two teams played in Boone three years ago.

With the recent announcements of the Big Ten eliminating all nonconference games (and ultimately postponing their seasons to the spring) and Wake Forest only being allowed to have one nonconference game, changed everything.

The game between the Mountaineers and Demon Deacons still could have happened (it’s been postponed to a later date and there will also be two future matchups), but would’ve been most likely with no fans due to North Carolina still remaining in Phase Two and limiting outdoor social gatherings to just 25 people.

The meeting in 2017 drew more than 35,000 fans at Kidd Brewer Stadium — the largest attendance of any of the 23 matchups between the two programs.

As tough as it was losing the game with the Badgers, Clark felt the loss of the Wake Forest game was a crushing blow.

“Over the last five years, people have said we and Wake Forest have had the best programs in the state and we were looking forward to playing on the field and settle that, instead of over social media,” said Clark. “They’re playing a conference schedule, plus one, and unfortunately, we’re not that team. I came off the field today and saw that they’re playing Old Dominion, which makes no sense to me (that game has since been called off with the Monarchs electing not to play football this fall). We’re an hour and 15 minutes away, we have great fans in that area, it’s a great game for college football.”

But the entire nonconference schedule isn’t a complete loss. The Mountaineers announced Aug. 12, that it’ll host UNC-Charlotte in Boone on Sept. 12. No start time has been announced.

“We look forward to playing Charlotte on September 12,” Clark said. “Our team wants to play. Our medical staff, coaching staff and administration have been working tirelessly to implement protocols that provide a safe environment for our players, and we will continue to put their health and safety first as we prepare for the 2020 season.”

In addition to the game with the 49ers, Appalachian State added a home nonconference game last Thursday with Campbell and a nonconference road game on Monday at former Southern Conference foe Marshall.

The Mountaineers will travel to Huntington, W.Va. to face the Thundering Herd on Sept. 19 and then face Campbell Sept. 26 in Boone.

“This is still my dream job. It’s a place I don’t want to leave ever but there’s been some challenging times and people say it changes month-to-month or week-to-week, it really changes minute-by-minute." — Appalachian State Head Football Coach Shawn Clark on his mindset going into the 2020 season.

Partly cloudy skies during the evening will give way to cloudy skies overnight. Low around 50F. Winds light and variable.

Partly cloudy skies during the evening will give way to cloudy skies overnight. Low 57F. Winds SSW at 5 to 10 mph.

Isolated thunderstorms during the evening followed by a few showers overnight. Low 58F. Winds light and variable. Chance of rain 30%.