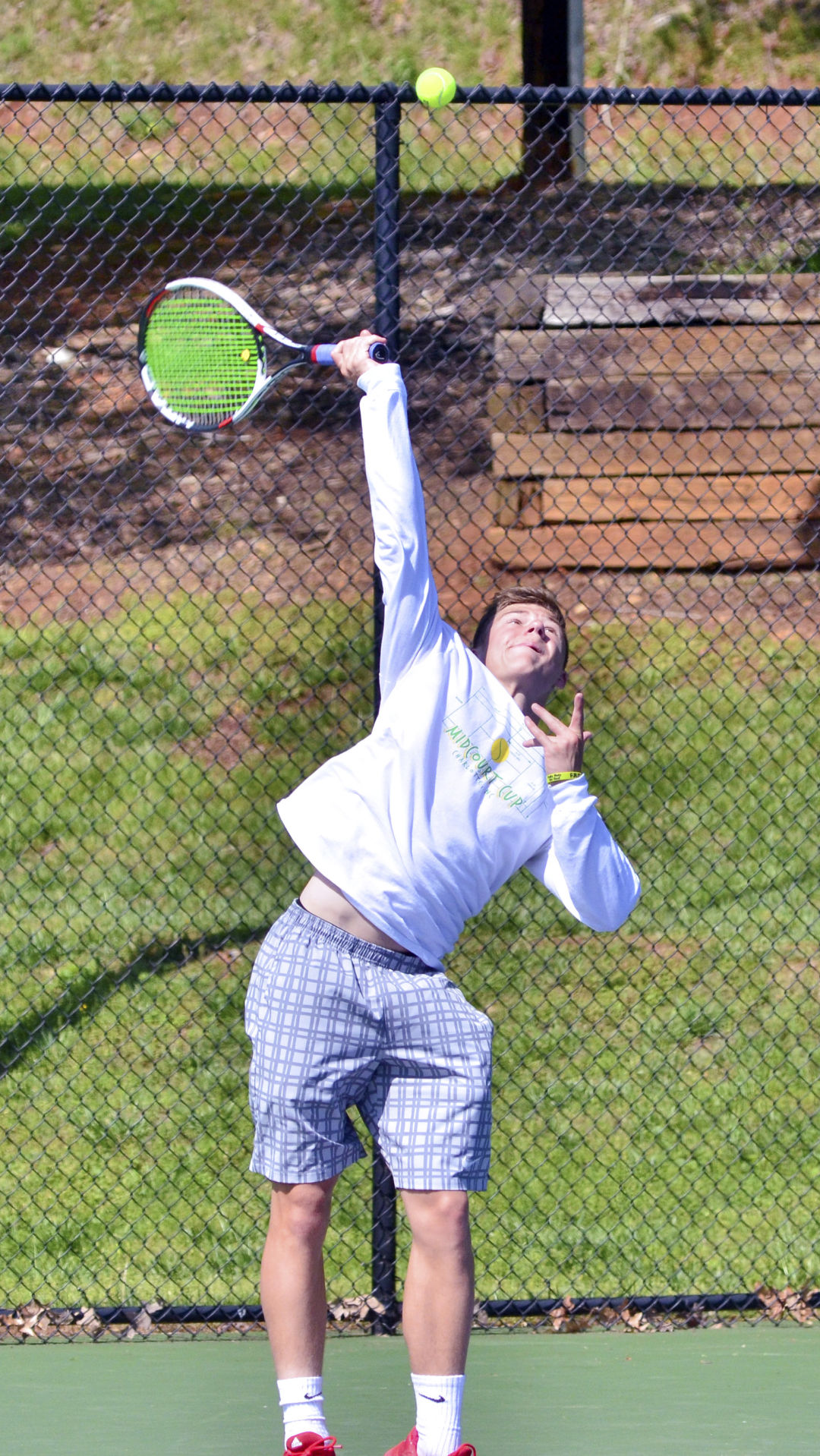 LANDON CHURCH, who was a member of Appalachian State’s men’s tennis program this past academic year, was a two-time regional singles champion while at West Wilkes. 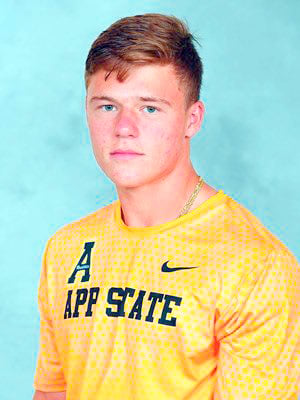 The economic impact of the COVID-19 pandemic continues to be felt throughout the sports world, especially in the collegiate setting.

After East Carolina University announced the discontinuation of four of its athletic programs, Appalachian State announced on May 26 that it would cut three of its men’s programs.

Doug Gillin, the Mountaineers’ director of athletics, announced that the university would be cutting men’s soccer, men’s indoor track and field and men’s tennis.

Landon Church, who previously played tennis at West Wilkes, was impacted by the university’s decision.

“It was really all of a sudden. I was at work at the time and got a text on the group message that our coach (Craig Schwartz) and the team has. Coach (Schwartz) said that he’s in a meeting with the AD after getting an email at 11:30 that morning,” said Church. “Then around 2 in the afternoon, he said that the men’s tennis program and the other sports were canceled and said there’s nothing they can do about it.

“Initially, our athletic director had said that cancelling sports wasn’t an option, he said there might be budget cuts,” added Church. “Then maybe just two short weeks later, the news came out that our teams and our programs had been de-funded.”

After initially hearing the news, Church wasn’t sure how to react, but once the reality set in, his reaction quickly changed.

Prior to joining the Mountaineers program, Church was a two-time 2A Midwest regional champion in singles play and two-time state qualifier for the North Carolina High School Athletic Association state championships.

After playing for the Blackhawks his freshman and sophomore seasons, Church did online schooling the next two years and spent time training at Vandermeer Tennis Center at Hilton Head Island his junior year. He spent his senior year training at the Greensboro Tennis Academy.

“At first, I didn’t really believe it. Our coach jokes around a lot in our group text and we were all kind of laughing about it; then we all received invites to a ZOOM call with our athletic director, our assistant athletic director and our coach in it,” said Church. “And then one of the guys sent in our group chat said ‘this isn’t a joke, they’re not kidding’, so after I realized that it was actually happening, I really felt just slighted.”

Following the news, Church had a decision to make — stay at Appalachian State as a student, which is what he is currently doing, or pursue options to possibly play elsewhere.

Gillin stated in an earlier press release that the university would honor scholarships for those who wish to return to Appalachian State and provide support to those who would like to transfer to another institution.

“I’ve received a number of scholarship offers from other schools,” said Church. “After talking about it with my family and really praying about it, I’ve decided that I want to stay close to my family and I think I’m going to continue to stay at App and just be a regular student.

“Tennis will always be a big part of my life, met some of my best friends in the world through it, met my current girlfriend playing tennis, so the sport has done a lot for me and it’s opened a lot of doors for me,” added Church. “And I could change my mind. I still have offers on the table for schools that I could go and play at, but as of right now, I don’t see it in the near future.”

Church competed in seven singles matches for the Mountaineers during the fall season, and one more this past spring. That match was at Tennessee State on Jan. 18 and he was leading 6-4, but the match was not completed.

He also competed in seven doubles matches, all in tournament play, and went 3-4. All of those matches took place in the fall season.

The Mountaineers were 3-11 in dual action and lost their last match to James Madison on the afternoon of March 12. Appalachian State was scheduled to face Xavier that evening but it was announced that afternoon that sports were canceled for the remainder of the 2019-20 academic year.

“When I found out it was canceled, I was sad because I wouldn’t get to travel with my team and spend time with the guys and our coach,” said Church. “But when I found out that our extra year of eligibility would still be given to us because our season was in the spring. It wouldn’t count against us if I chose to pursue a fifth year at Appalachian, so it was a big relief for me, but I’m sure for some of the other guys, it was not as good a news.”

While Church has made the initial decision to step away from competitive tennis at the collegiate level, he has fond memories of his time with the Mountaineers.

Church stated that the tennis players put in 20 hours a week on the court and another six hours in the weight room and another two or three hours doing conditioning in addition to classes.

He will also miss the relationships he made with his teammates, many of whom reside all around the world, including India, Israel and Australia. In addition to Church, Appalachian State had just three other players who were from the United States (three of them, counting Church, were from North Carolina).

“I made a lot of close friends, still talk to the guys every day, still close with my coach. It was great fulfilling my dream of playing division one tennis,” said Church. “It’s hard being a college athlete. No matter what sport you play, no matter what level you play at, it’s demanding.

Sunny, along with a few afternoon clouds. A stray shower or thunderstorm is possible. High near 90F. Winds light and variable.

A few clouds from time to time. Low around 65F. Winds light and variable.