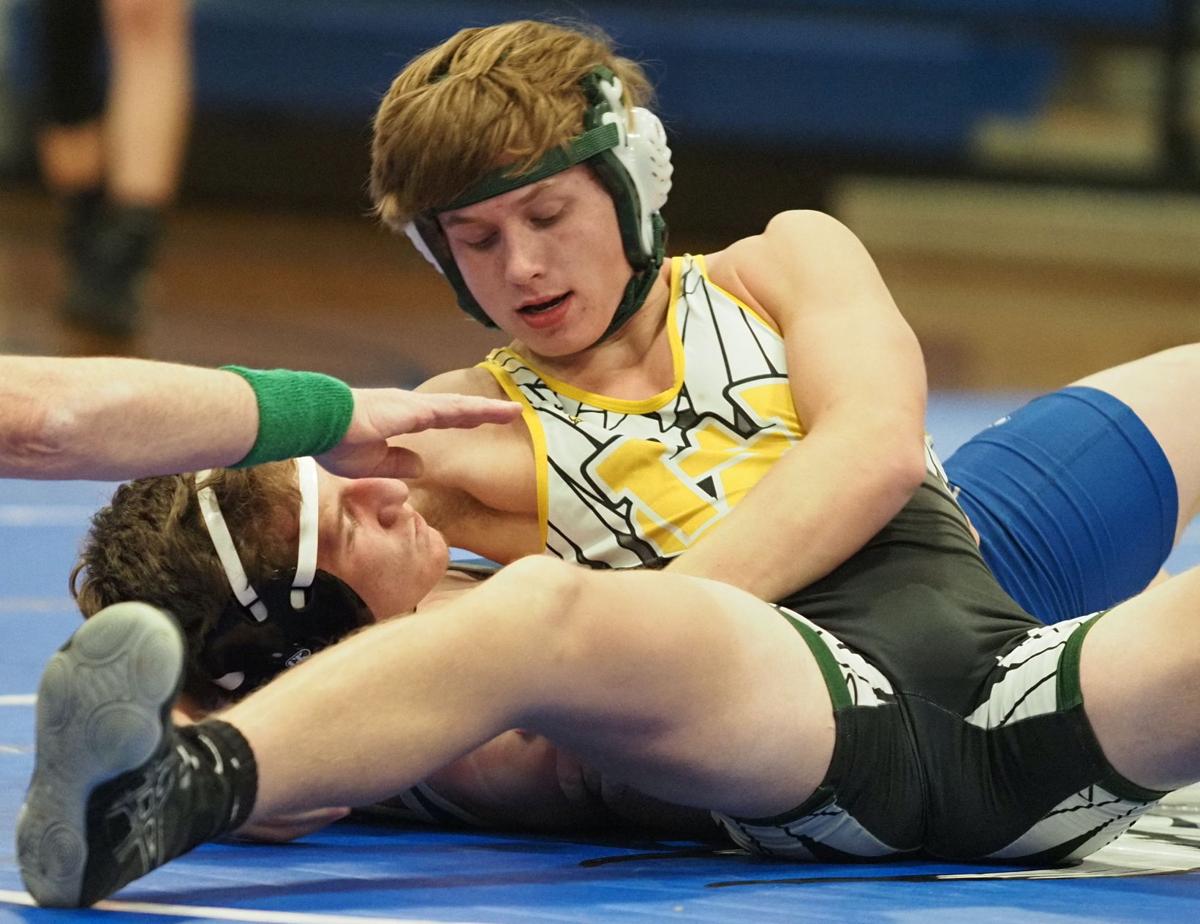 Wilkes Central’s Corben Call (top) has North Wilkes’ Parker Wells in an armlock en route to a 17-11 victory Friday in Hays. They battled in the 145-pound weight class. 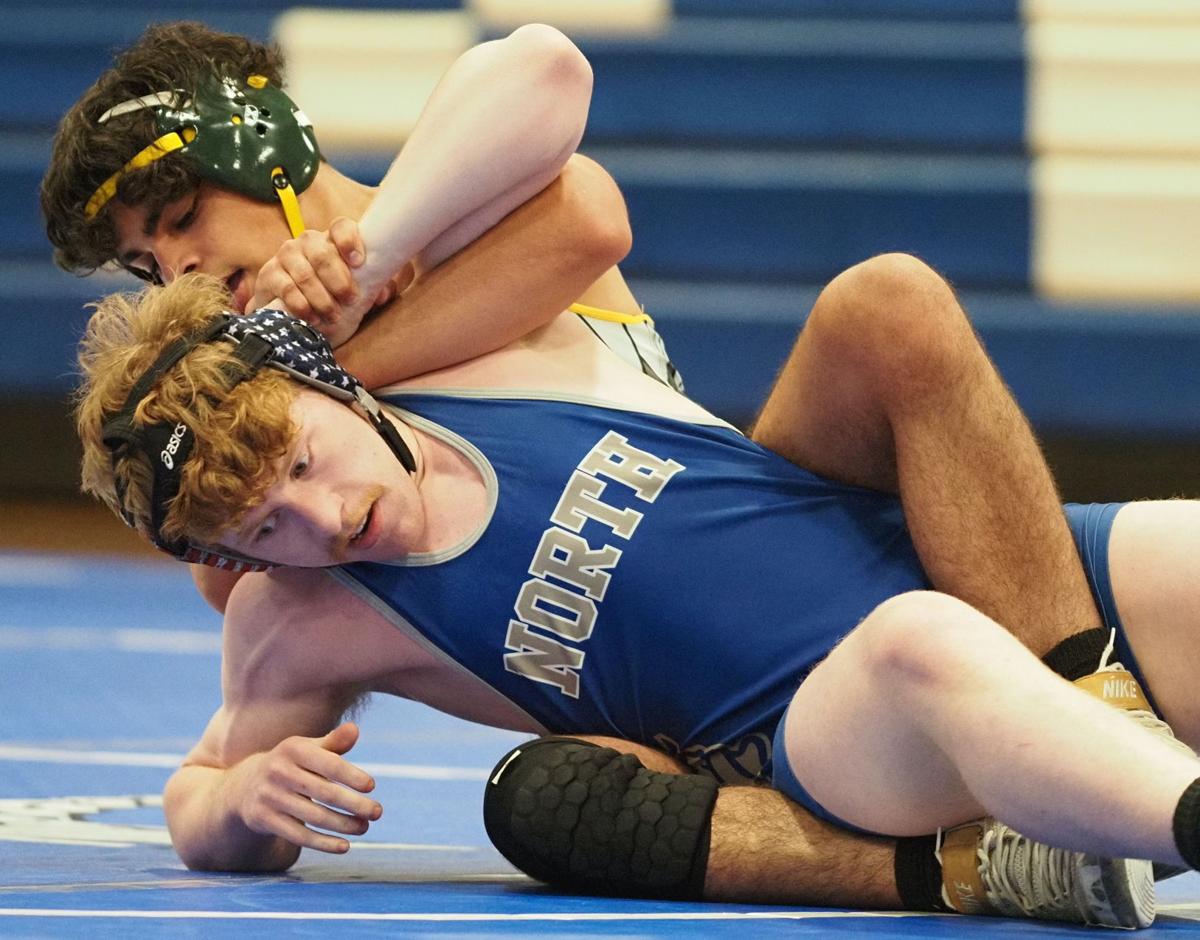 Wilkes Central’s Corben Call (top) has North Wilkes’ Parker Wells in an armlock en route to a 17-11 victory Friday in Hays. They battled in the 145-pound weight class.

The Eagles received three straight forfeits in the upper weight divisions (195, 220 and 285 pounds) to emerge with the victory, which upped their record to 2-4 overall and 1-0 in the MVAC. The Vikings slipped to 1-4, 0-1.

Central raced out to a 12-0 advantage after a forfeit at 106 pounds and Tyler Holland’s first-period pin at 113.

But then North stormed back with three-straight pins by Benjamin South, Chandler Johnson and Nathaniel Eller. A forfeit at 138 left the Vikings with a 24-12 lead.

Keys to the narrow Central victory were hard-fought decisions at 145 by Corben Call (17-11 over Parker Wells) and at 160 by Jordan Jarvis (9-8 over Trent Dillard).

“Corben’s and Jordan’s match were very key to us getting a win,” said Central Coach Wade Collins. “One of the biggest assets to our team was that we filled 13 out 14 weight classes. The team has worked hard on getting wrestlers out.”

The Vikings got first-period pins from Mason Dancy at 170 and Andrew Cardwell at 182 for a short-lived 36-24 lead over the Eagles, who benefited from the three forfeits that ended the match.

“North is a young team with good wrestlers,” noted Collins. “They had a few guys out or missed making weight. It could have easily went the other way.”

The Blackhawks lost by the same score to South Caldwell. Shaw was again a winner by fall at 106, and Roland pinned his opponent at 285.

West is 0-4 in its nonconference slate this season.

Alexander Central posted a 48-30 nonconference win at Wilkes Central on May 11.

The Eagles slipped to 1-4 in non-MVAC matches this season.

East Wilkes recorded a 42-15 win over North Stokes in Ronda on May 11.

The Cardinals improved to 3-4 in non-league matches this year.

Rain showers in the evening will evolve into a more steady rain overnight. Low around 65F. Winds light and variable. Chance of rain 70%. Rainfall near a quarter of an inch.