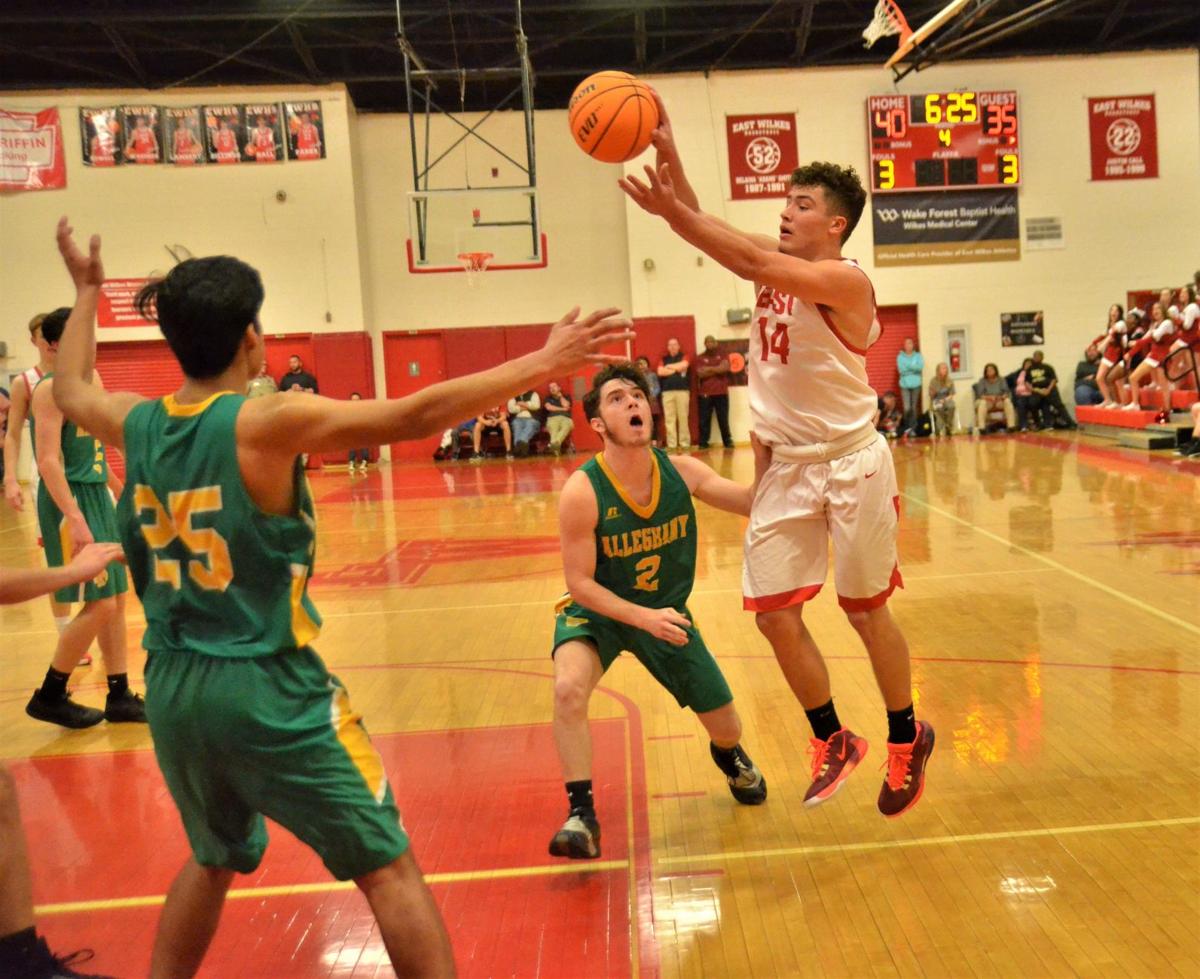 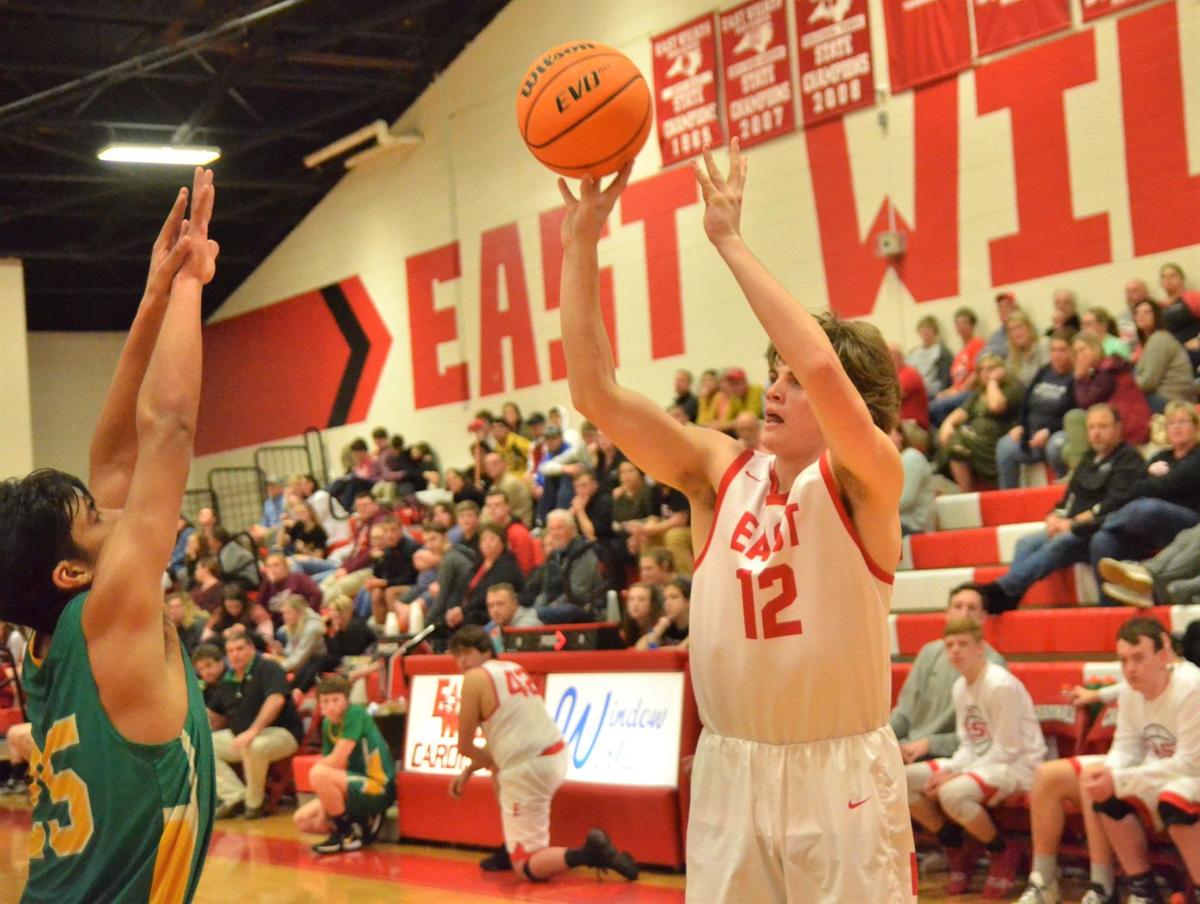 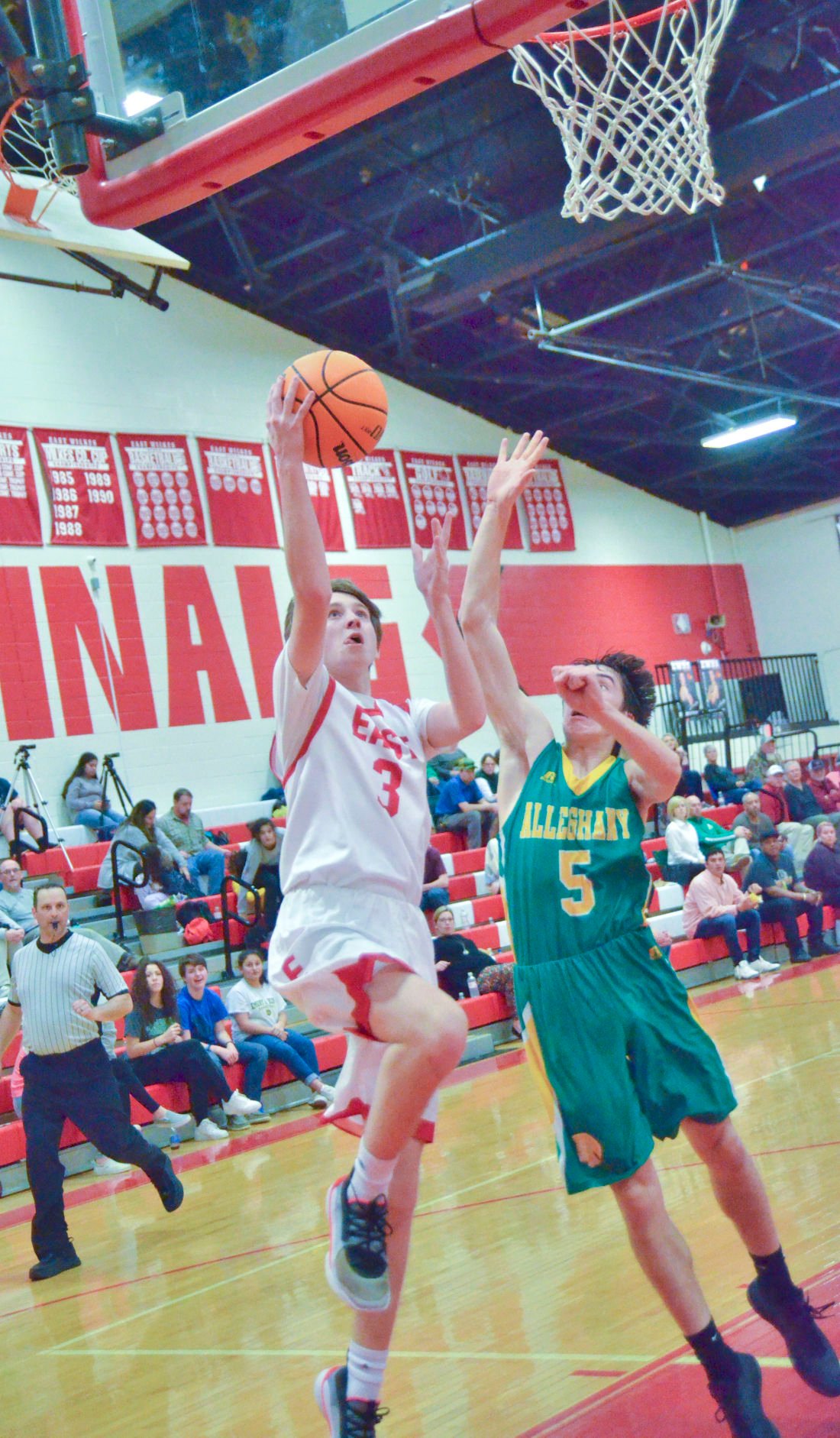 East Wilkes sent out its six boys basketball seniors on a high note with a 55-47 win over Alleghany on Tuesday night in Ronda.

The Cardinals, who improved to 3-9 in Mountain Valley Athletic Conference play (6-14 overall), won its second league game in less than 24 hours, following up Monday’s win against Ashe County. It also avenged an 11-point defeat to the Trojans in Sparta back on Jan.10.

East Wilkes led nearly the entire game with the exception of the first 2:30 of the opening quarter. That deficit was quickly erased and the Cardinals led 17-8 after one quarter, thanks to a trio of 3-pointers from Huston Hall.

One of the seniors recognized before the game, Hall was the Cardinals’ co-leading scorer (along with fellow senior Trey Lambert) with 17 points.

Holding a three-point lead at halftime, the Cardinals used a quick 7-0 run to push the lead to double digits on a layup from Lambert, following a nice assist from Caeden Howell.

Jared Foley, who led Alleghany with 22 points made it a four-point game (47-43) with 3:04 to play but the Trojans couldn’t cut it any closer. Blake Murphy added 10 for Alleghany, which will return to Wilkes County on Friday – this time, at West Wilkes.

Ward added nine points for East Wilkes, which will make the short trek down Highway 268 to Elkin on Friday.