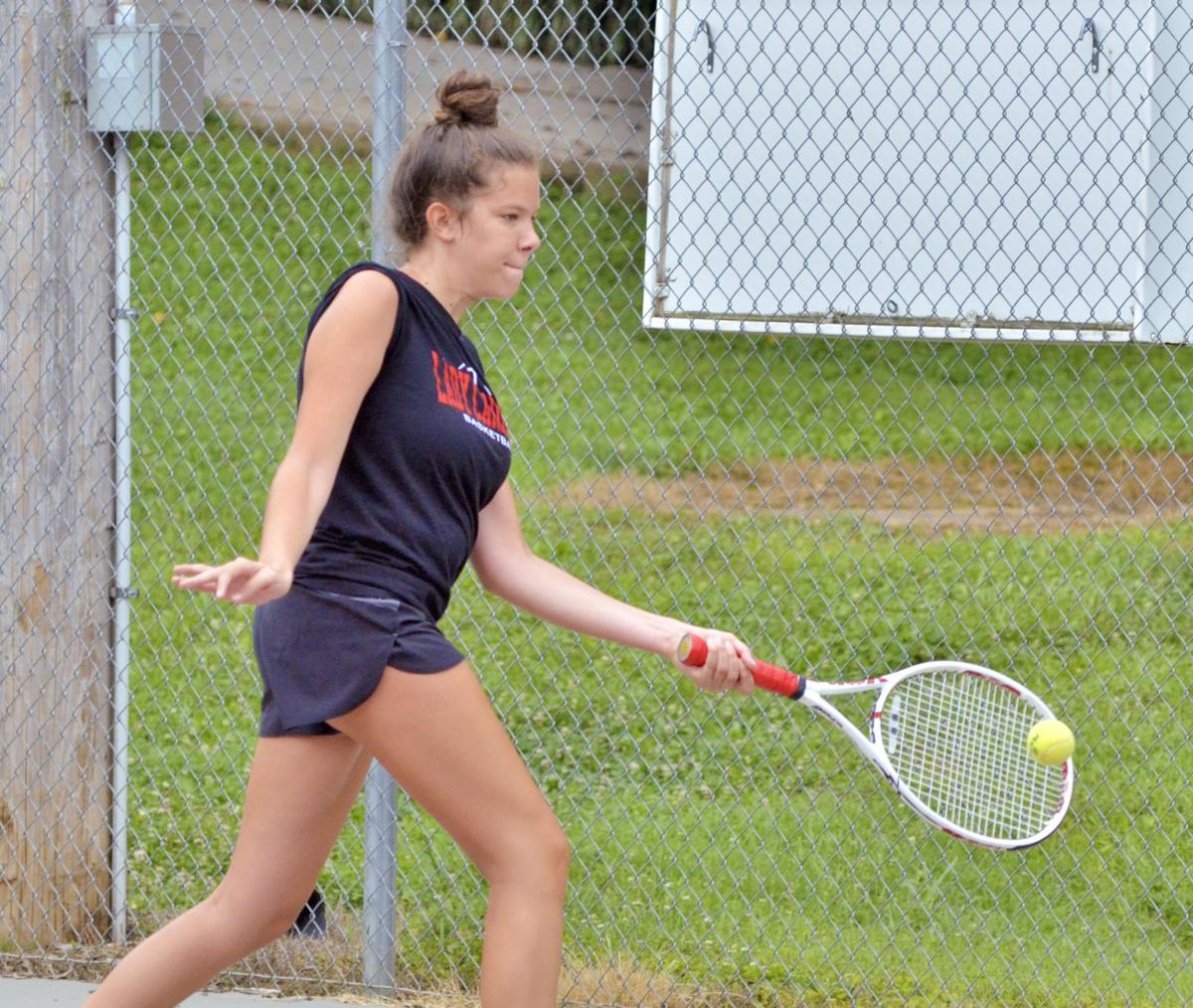 REAGAN JOHNSON, a rising senior on the East Wilkes girls tennis team, works on a hitting drill during the Cardinals’ summer workout last Thursday in Ronda. 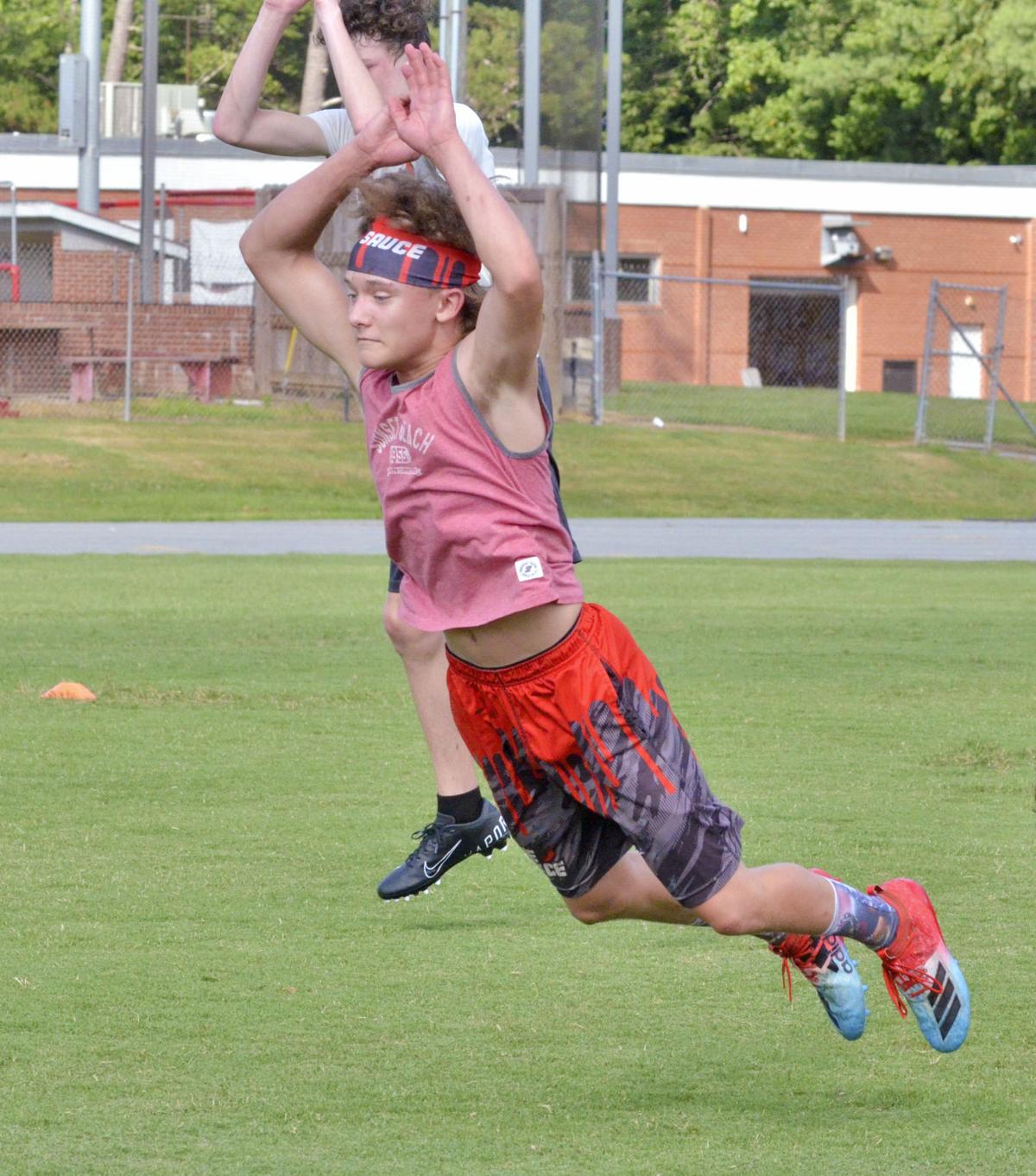 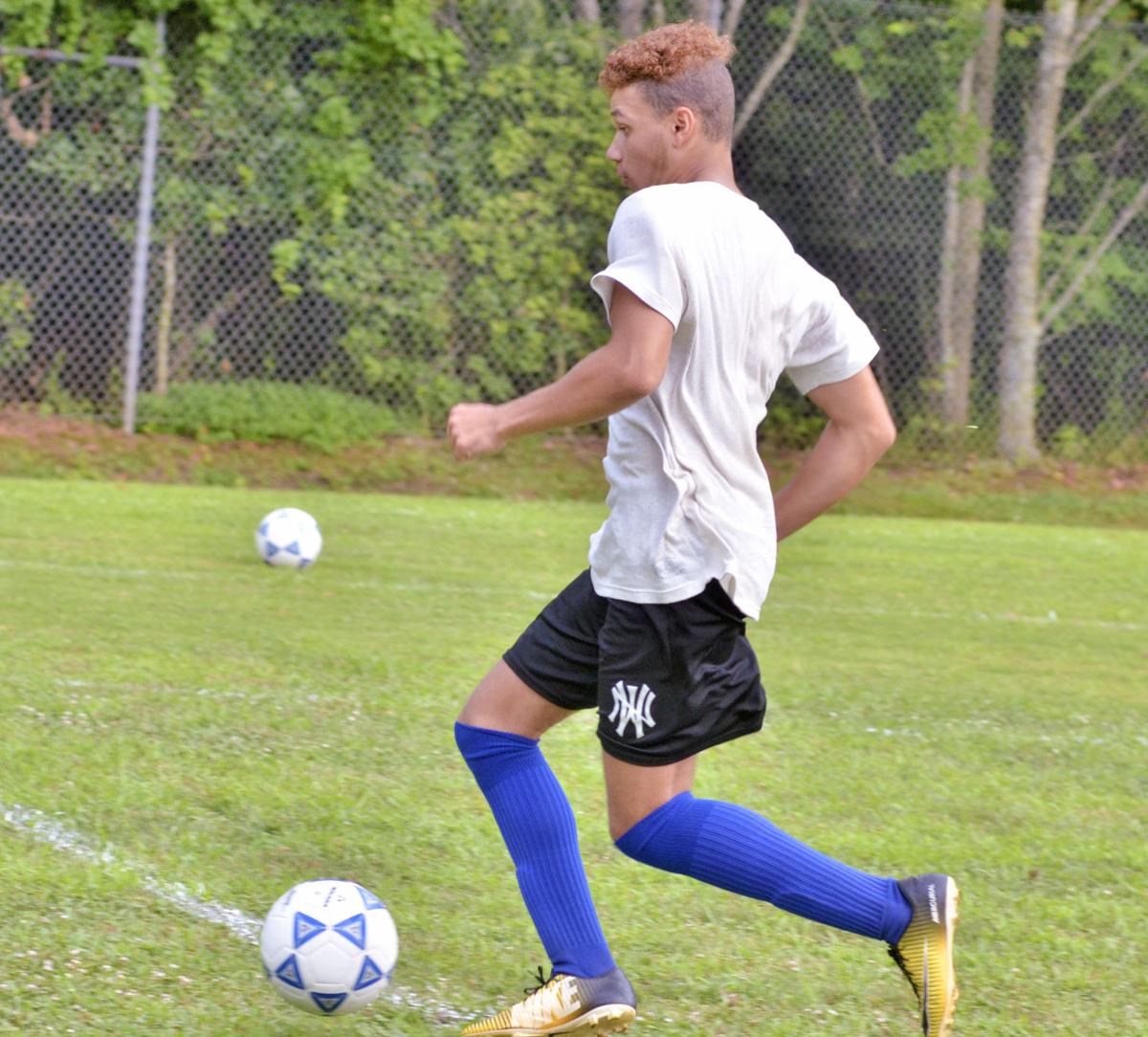 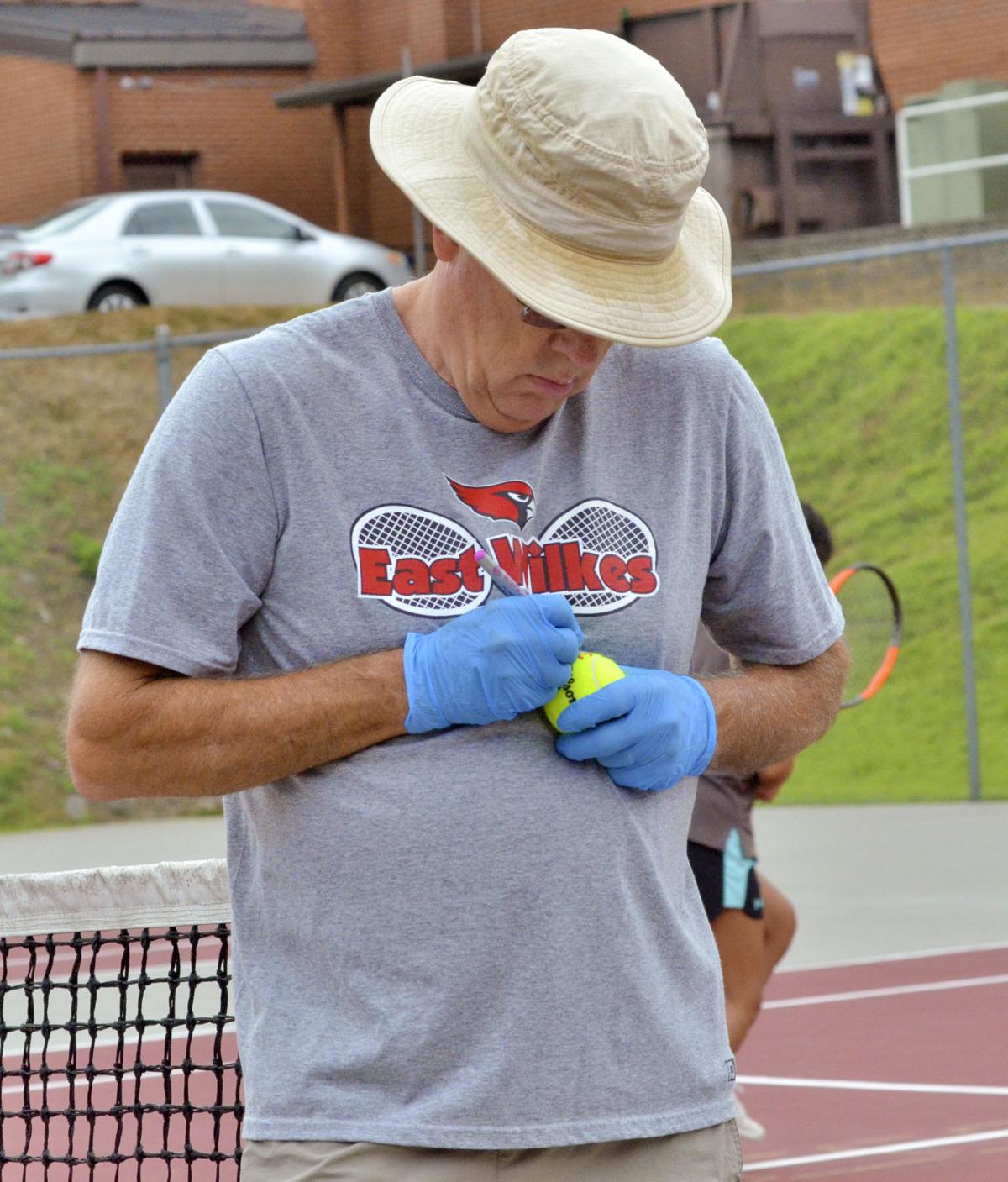 REAGAN JOHNSON, a rising senior on the East Wilkes girls tennis team, works on a hitting drill during the Cardinals’ summer workout last Thursday in Ronda.

As East Wilkes’ fall sports programs, in addition to the other Wilkes County schools, returned to action last week, proper labeling was one of the precautions the Cardinals are using to ensure the safety of the girls tennis players.

Even with the extra precautions and rules, Head Coach Aaron Simmons was happy to see all the athletes back out on the court in Ronda.

Simmons is also head coach for the boys tennis team, which had its season suspended and ultimately canceled, after just five matches this past spring. The Cardinals were 5-0 at the time of suspension and 4-0 in Mountain Valley Athletic Conference play.

“Just the joy of the kids being out here is incredible for me to see. The energy and the enthusiasm and you could just see that they are authentically just happy to be here, so that part of it is wonderful,” said Simmons. “Obviously, we have to take all kinds of safety measures and it doesn’t exactly look like what we typically look like out here, but it’s just great to be back.”

Tennis is listed as one of the lower risk sports in terms of infection, as listed in the North Carolina High School Athletic guidelines.

But Simmons and the rest of his staff are making sure to take the necessary precautions to limit contact, including not touching another player’s ball with their bare hands.

“The good news typically in tennis is you can keep a good distance from people, so that’s nice, but for drills, obviously, we’ve spaced the kids well over six feet apart so that they don’t come in close contact with one another,” said Simmons. “We don’t share the ball. Even when we do serving drills, each kid has their own can of balls and we’ve talked to the kids about getting the ball back by scooping it with their rackets, without actually touching it, and just lots of other distancing measures that we have to take to keep these kids as safe as possible.”

In addition to working with their rackets, the Cardinals were able to go through other conditioning drills and techniques, in hopes of fall practices starting next month.

The tennis team, which won the Mountain Valley Athletic Conference championship last fall, had around a dozen players participate in the workouts.

Despite the safety precautions, Simmons stated that the workouts, which began July 6, have basically been about two-thirds of what they would be doing in an actual practice.

“I feel like we’ve been able to accomplish a lot in three workouts this week,” said Simmons. “We’re very fortunate with what we do; we can look like what we typically do in skill development, with some alterations for safety, but I’m thankful for what we’ve accomplished this week.”

When asked the decision behind waiting to start workouts, Head Coach Jonathan Wilmoth wanted to use last Monday and Tuesday as an opportunity to dot all the Is and cross all the Ts.

He also stated that they plan to have a normal week of workouts this coming week.

“We wanted to make sure that we got all the paperwork in and give our kids time,” said Wilmoth. “You always have one or two who don’t have their physical correct or there’s some paperwork missing, so it gave them a little grace period to get it going and then next week, get back on our typical Monday, Tuesday, Thursday schedule.”

With social distancing as an importance, the Cardinals had their players in three different pods, taking part in various conditioning drills.

Wilmoth was pleased with what he saw with the players despite dealing with temperatures hovering around 90 degrees.

Many of them hadn’t had any sort of in-person instruction since the NCHSAA shut down athletics on March 13.

“It’s amazing just to see their faces and feel the energy that they have and just being around them,” said Wilmoth. “There’s a good feeling today. It’s hot (temperatures hovering around 90) and I think they’re still disappointed that it’s not what it was or what they’re used to, but I think they’re just enjoying being out here.