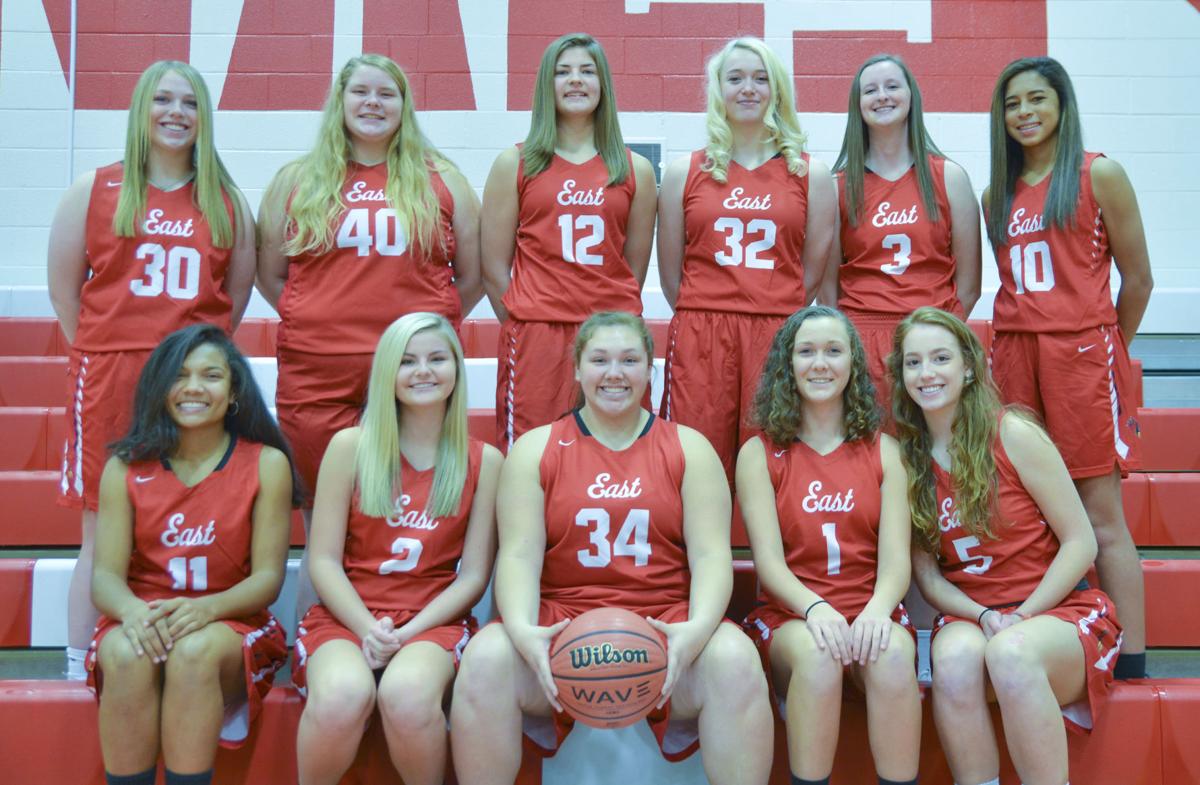 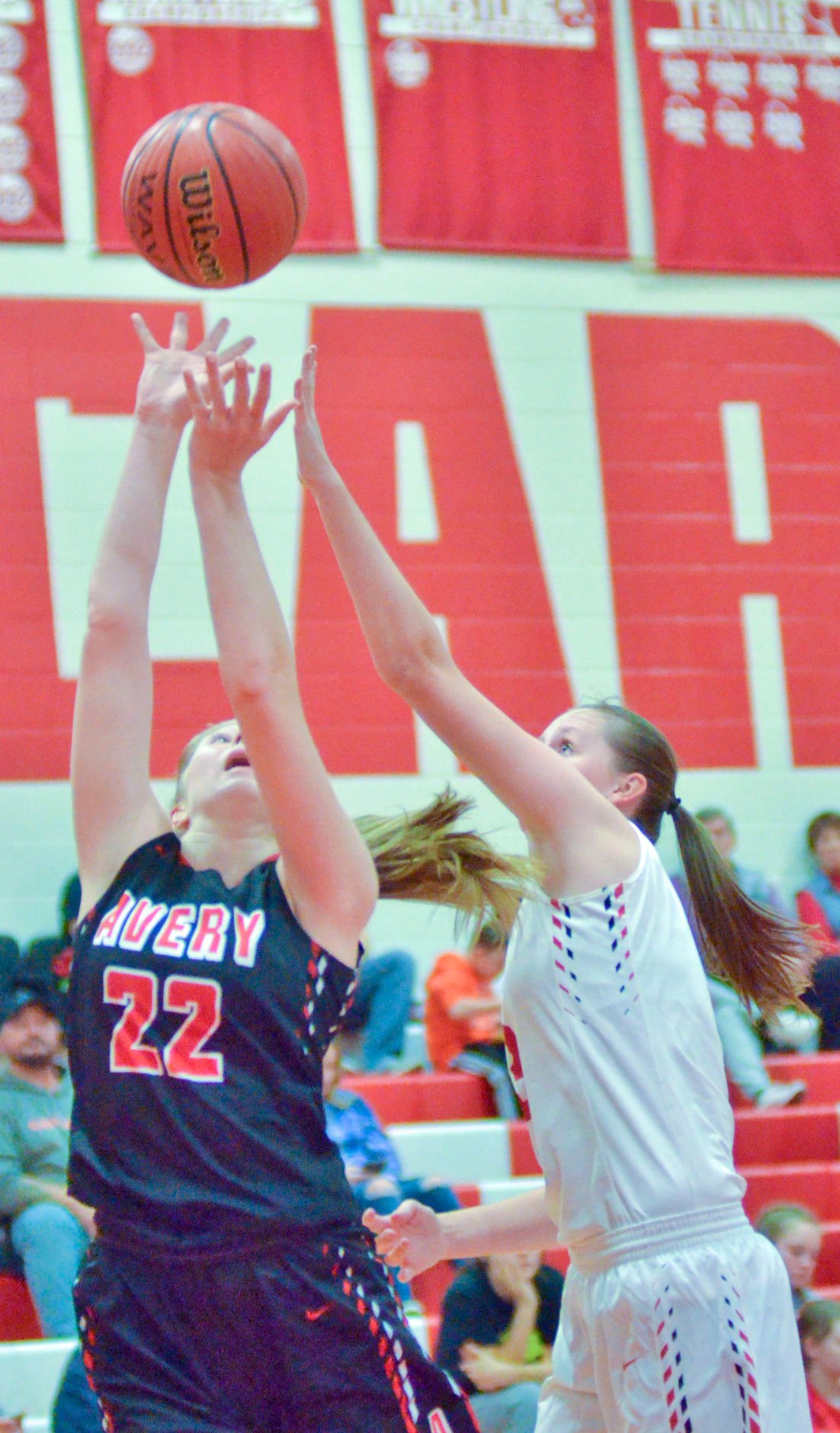 Prior to last season’s 6-18 finish, the East Wilkes girls basketball had enjoyed five straight winning seasons, and regularly factored into the top of the Mountain Valley Athletic Conference standings.

To get back to that lofty perch, Cardinals Head Coach Matt Campbell will rely on a squad that is slowly but surely gaining varsity experience — but still has plenty of room to grow.

“Expectations for the season are kind of open for us right now,” said Campbell, who took over the girls program in the 2013-14 season. “We’re focusing on continuing to compete every day, in practice and in games. We’ve grown a lot over the past couple of weeks, but we still have a ways to go.

“But if we do our work, and improve the way we’re capable of on a daily basis, I think the wins and losses will take care of themselves.”

East Wilkes will be without the services of two senior stars from last season, players who made the Wilkes Journal-Patriot All-County team last winter in Lakyn Mathis and Lauren Rakes. Mathis and Rakes combined for 23 points-per-game and over 16 rebounds for Campbell’s squad in 2018-19, numbers that will be hard to replace.

Four seniors — Kaybree Martin, Savannah Martinez, Ava Tharpe and Aubrey Wallis — will be called upon to provide the necessary leadership.

Martin is a post player “with really good hands,” according to Campbell. “She is a presence for us down low because she understands how to position herself in the post to receive the ball on the entry pass.”

Martinez is another post player who “is a good rebounder. She also has a very good midrange shot. Savannah is coming back to us after dealing with an injury and we’re glad to have her,” said Campbell.

The ability to play multiple spots makes Tharpe valuable. “Ava is a perimeter player who can move to the post when we need to go small, according to matchups,” said Campbell. “She’s tall and lanky and she understands the game.”

Wallis also provides versatility to the roster, though she will factor mainly in the post. “She’s going to play down low primarily,” said Campbell, “but she can play the three or the four if we need her to. She’s probably as athletic a post player as we have.”

Lillian Brown, Kaleigh Couch and Jaelin Roberts are the junior members of the team.

“Lillian returns to the varsity after giving us some big minutes last season. She is a great ball handler, and she has a nice outside shot. She’ll play the wing for us this year,” said Campbell. “Kaleigh is a hard-worker who runs the floor well. She’s long and lanky and loves to challenge people defensively. She also has a nice midrange shot.”

Roberts is moving up from the JV squad.

“She had two big years for us on JV, and she is ready to move up and contribute. She can play the two or three, and she shoots the ball well from the perimeter as a wing.”

Both sophomores on Campbell’s team — Jordyn Bailey and Killian Warren — played on the varsity last winter.

“Jordyn is one of our quickest, strongest kids. She’ll be the point guard. She is both a good ball handler and a good defensive player who puts a lot of pressure on the perimeter,” said Campbell.

Warren is another post player who “has incorporated the ability to drive to the basket into her game. She has gotten more aggressive as she has some more experience under her belt, and as the game has slowed down a little bit for her.”

Two freshmen round out the roster and both are expected to contribute in Lilly Adams and Briley Church.

Church led the Cardinals in scoring in their only game this winter — a 36-27 loss to Avery County last Tuesday.

“Lilly runs the floor well. She’s long, and uses her length to help make her a tremendous rebounder. And Lilly also does a lot of the little things that helps any team be successful,” said Campbell. “Briley is a guard, but she can play some post when we go to a four-guard line-up. She’s another strong ball handler who can also shoot well from the perimeter.”

Campbell will be assisted this season by Jammie Jolly and Jeffrey Hague.

Jolly is a former standout Cardinals player who has helped Campbell during his entire tenure at East Wilkes. Hague, who had been the head coach of the Starmount varsity girls squad the previous four seasons, will coach the JV squad in addition to assisting on varsity.

“The girls love her. She’s been around these kids and they all know her and know how much she means to this program,” Campbell said of Jolly. “Coach Hague brings a lot to the table, and all of the kids have really taken to him.”

East Wilkes resumes its nonconference schedule this coming Friday when the Cardinals host South Iredell in Ronda. East is 0-1 on the season after dropping the opener to the Vikings.

“We played pretty well for three quarters, but ran out of gas a little at the end,” said Campbell. “But I think once our conditioning gets better we’ll be able to compete with just about anyone on the schedule. I know we will play hard every time we get on the court.”

Cloudy skies with periods of light rain this afternoon. High around 40F. Winds SW at 5 to 10 mph. Chance of rain 80%.