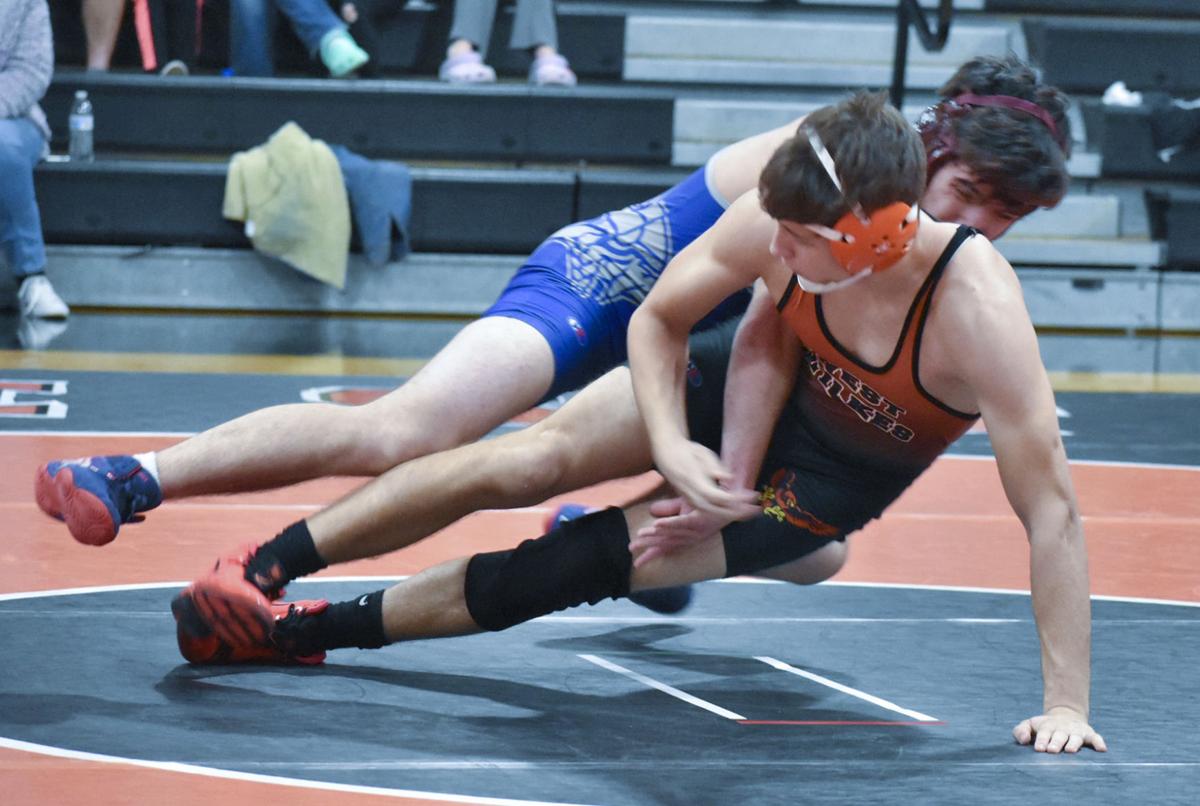 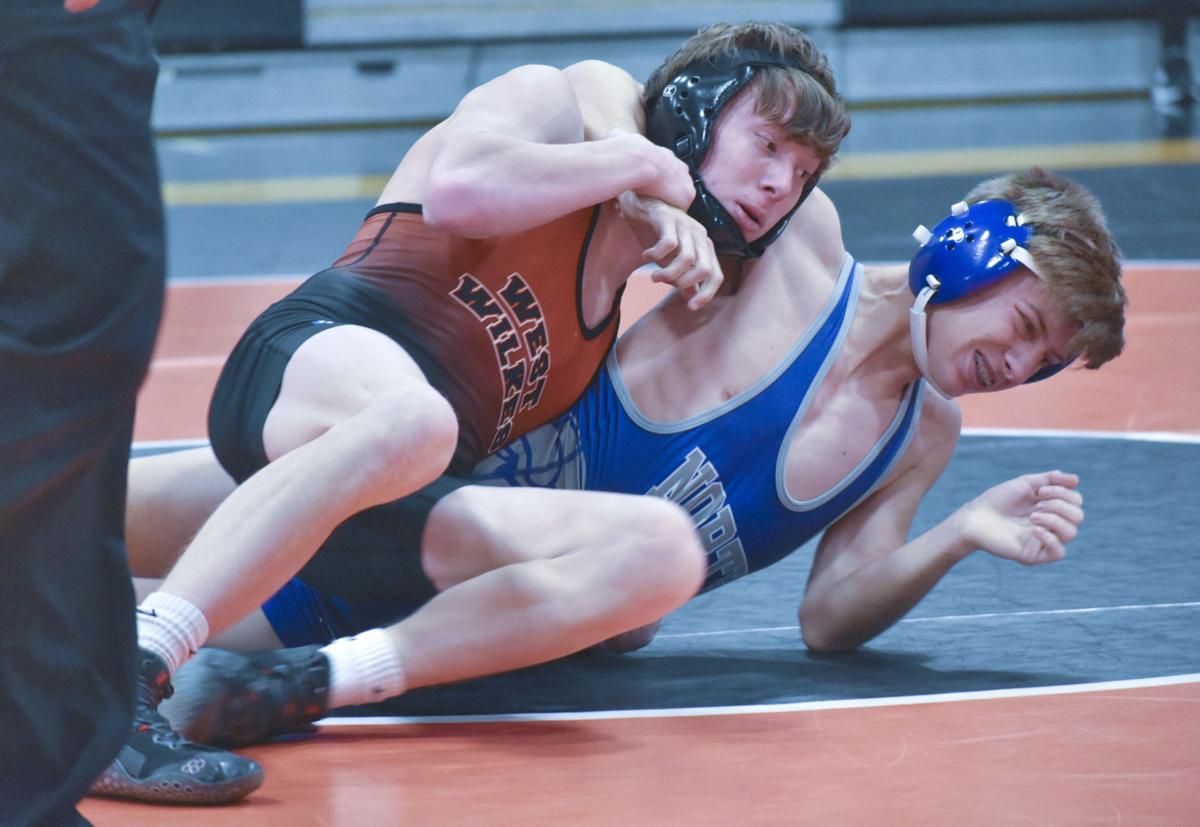 This time, it was over in-county rival North Wilkes by a 51-26 final score.

Despite the decisive margin of victory, the Vikings wrestled tough, forcing numerous matches to the third period.

On the other end of the spectrum, West Wilkes Head Coach Kelly Nichols felt the Blackhawks’ performance was lackluster after the match.

“The score showed we won 51-26, but it felt like the match was a lot closer than that,” said Nichols. “We came out flat and we did not have a lot of energy going tonight for whatever reason. That was disappointing.”

The match began at 120 pounds with a Branson Miller first-period pin of Ariel Lagunas to give the Hawks an early 6-0 lead.

Cody Billings tied the match with his own pin in the second period over Christ Wyatt.

One of the more entertaining matches of the night came at 132 pounds between West Wilkes’ Caleb Roland and North Wilkes’ Alex Ball.

Roland took control of the match early and led 8-2 at the end of the first period. Ball chose bottom position to start the second period but Roland stayed in control the entire two minutes, denying Ball an escape.

Ball would score two near fall points in the third but was quickly reversed, as Roland emerged victorious with a 10-4 victory.

West Wilkes took control of the match for good beginning at 170 pounds with four straight pins.

North’s Andrew Caldwell pushed John Shepherd to the third period before Shepherd scored the pin with 1:23 remaining in the match. West’s Alex Roland also earned a third-period pin over Trent Dillard at 182 pounds.

At 195, Garrett Shumate looked impressive, getting a first minute pin of Isaac Powell. Dallas Rash earned a hard fought victory over North’s Houston Faw with a second-period pin at 220 pounds to give West a commanding 45-15 lead with three bouts remaining.

North took the next two matches at 285 and 106 with impressive wins by Patrick Vickers and Cameron Teague, respectively.

West’s Gary Call pushed Vickers to the third period, but Vickers was able to capitalize and get the pin with just 34 seconds remaining in the match.

Teague was also pushed by West Wilkes’ Riley Shaw, but eventually prevailed with a 16-0 technical fall.

In the final match of the night, senior Uriel Frederico finished off Parker Wells of North with a first period pin.

West Wilkes returns to the mats Friday night with a key conference matchup against Ashe County High School in West Jefferson while North Wilkes plays host to East Wilkes on Friday in Hays.