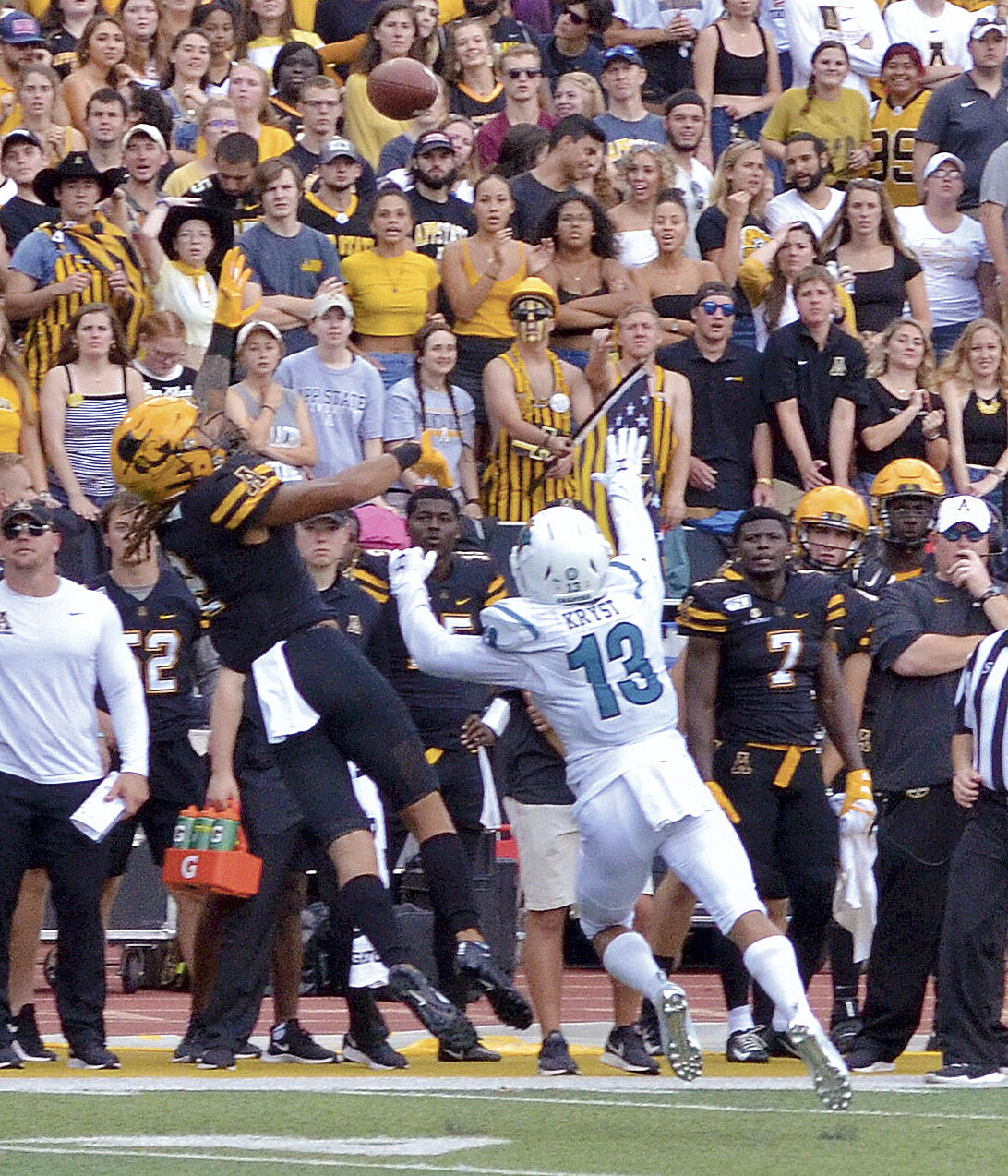 NEW ORLEANS — Appalachian State amassed a league-high seven first-team selections, including preseason offensive player of the year Zac Thomas, as the Mountaineers were picked to win both division and conference titles in the preseason All-Sun Belt football honors announced Tuesday by the league.

App State, which claimed a fourth-straight Sun Belt title in 2019 and has won each of the first two Sun Belt Championship Games, was named the overall favorite for the league after the Mountaineers received nine of 10 first-place votes in the East Division. Louisiana registered seven first place-votes in the West Division.

App State’s 10 selections on the two All-Sun Belt teams tied for the league lead, and it accounted for nearly one-third of the 22 spots reserved for first-team offensive and defensive players.

The Mountaineers return 13 of their primary 22 starters on offense and defense from their 13-win team in 2019. There are 12 returning offensive players and 13 returning defensive players who started at least one game in 2019, plus four scholarship players who spent time at running back last season and combined for 1,217 rushing yards while averaging 6.1 yards per carry.

Under the direction of first-year head coach Shawn Clark, App State is scheduled to open the 2020 season at home against Charlotte on Sept. 12.

Thomas, the Sun Belt’s offensive player of the year in 2018 and PFF College’s first-team All-Sun Belt quarterback in 2019, accounted for 35 touchdowns (28 passing) and 3,158 total yards (2,718 passing) last season. Hannon, Hunter, Neuzil and Hodges are returning starters for an offensive line that helped App State rank in the top 20 nationally in both rushing yards per game and fewest sacks allowed, while Sutton and Hennigan are tied for fifth and seventh, respectively, on the school’s career touchdown receptions list.

Defensively, Taylor and Jolly are both candidates for a pair of national defensive player of the year awards, while Jean-Charles joins Jolly in forming one of the nation’s top cornerback tandems. With a combined three touchdowns from Taylor and Jolly in 2019, App State tied for the FBS lead by scoring six times on defense.

A few clouds. Low around 60F. Winds light and variable.

Mostly cloudy with showers and a few thunderstorms. Low around 65F. Winds light and variable. Chance of rain 40%.