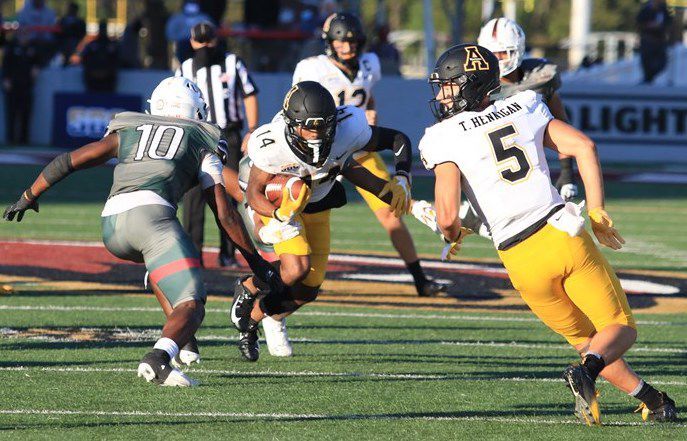 App State senior wide receiver Malik Williams surges for additional yards Saturday after hauling in one of his team-high six receptions against ULM. Williams had 60 receiving yards and recorded his second touchdown catch of the year. 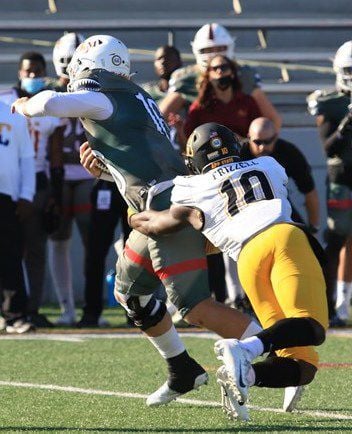 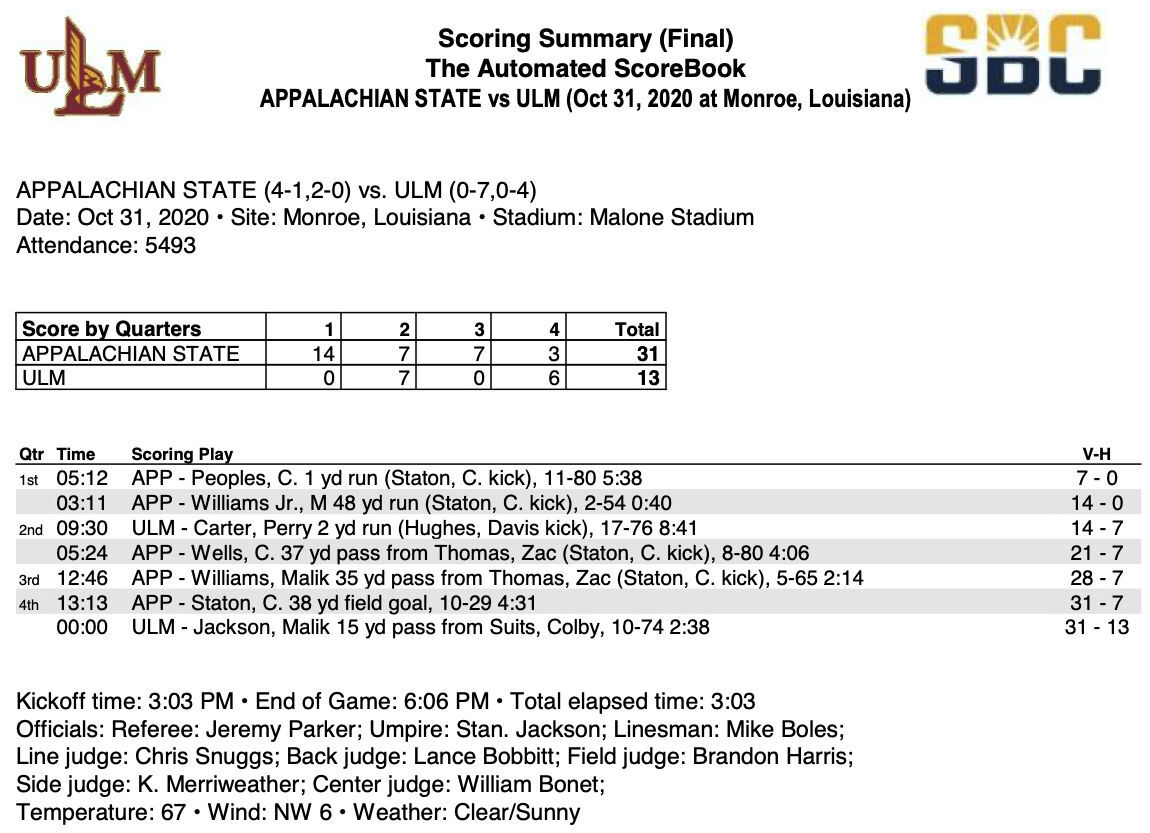 App State senior wide receiver Malik Williams surges for additional yards Saturday after hauling in one of his team-high six receptions against ULM. Williams had 60 receiving yards and recorded his second touchdown catch of the year.

The Mountaineers (4-1, 2-0 Sun Belt) got up early and cruised to a 31-13 win against the University of Louisiana-Monroe Warhawks (0-7, 0-4 Sun Belt) behind a bruising offensive line and a steady rotation of backs on Halloween afternoon.

In the storied program’s 1,000th game, Zac Thomas and Marcus Williams Jr. ran for 109 and 103 yards, respectively, while Thomas also threw a pair of touchdowns to Christian Wells and Malik Williams.

App State’s defense picked off three passes, including two by free safety Ryan Huff, and held the ULM offense to just 222 total yards. The Warhawks could not get much going other than a second-quarter touchdown drive and a late fourth-quarter drive against App State’s reserves.

Despite throwing an interception on App State’s first offensive drive — on an incredible catch by ULM’s Josh Newton who scraped the ball off the back of Wells in the end zone — the Mountaineers responded by scoring touchdowns on their next two drives for a 14-0 lead at the end of the first quarter. A dominant rushing attack led to a 1-yard score from Camerun Peoples and then Williams Jr.’s 48-yard sprint in which he broke a couple of tackles for the long score.

ULM responded to cut the lead to one score at 14-7, but App State dialed up a perfect flea flicker to retake a 14-point advantage at 21-7. Thomas handed off to Daetrich Harrington, who lateraled back to Thomas before he threw a perfect strike to a leaping Wells in the end zone between two defenders for the 37-yard touchdown.

Defense was the name of the game in the second half, as both sides clamped down tighter on their opponents’ scoring threats. Thomas’ 35-yard bomb to Malik Williams was the lone score of the third quarter, while Chandler Staton tacked on a 38-yard field goal at the beginning of the fourth to give App State a 31-7 advantage.

Thomas completed 13 of 18 passes for 152 yards, two scores and an interception, while his 109 rushing yards eclipsed his previous career high of 82 that came in last week’s win against Arkansas State.

Seven Mountaineers combined to rush for 328 of the team’s 480 total yards on the afternoon. In each of App State’s four wins this year, the team has rushed for more than 300 yards.

App State and No. 20 Coastal Carolina (6-0, 4-0 Sun Belt) are the only conference teams that remain undefeated in league play.

The Mountaineers, who have won each of the last four league titles, are 2-0 in league play for the sixth straight season.

App State will be back on the road this week with Saturday’s tilt at 1-6 Texas State. The rest of the November slate includes a Nov. 14 home game against Georgia State, a Nov. 21 road game at Coastal and a Nov. 28 home game against Troy.