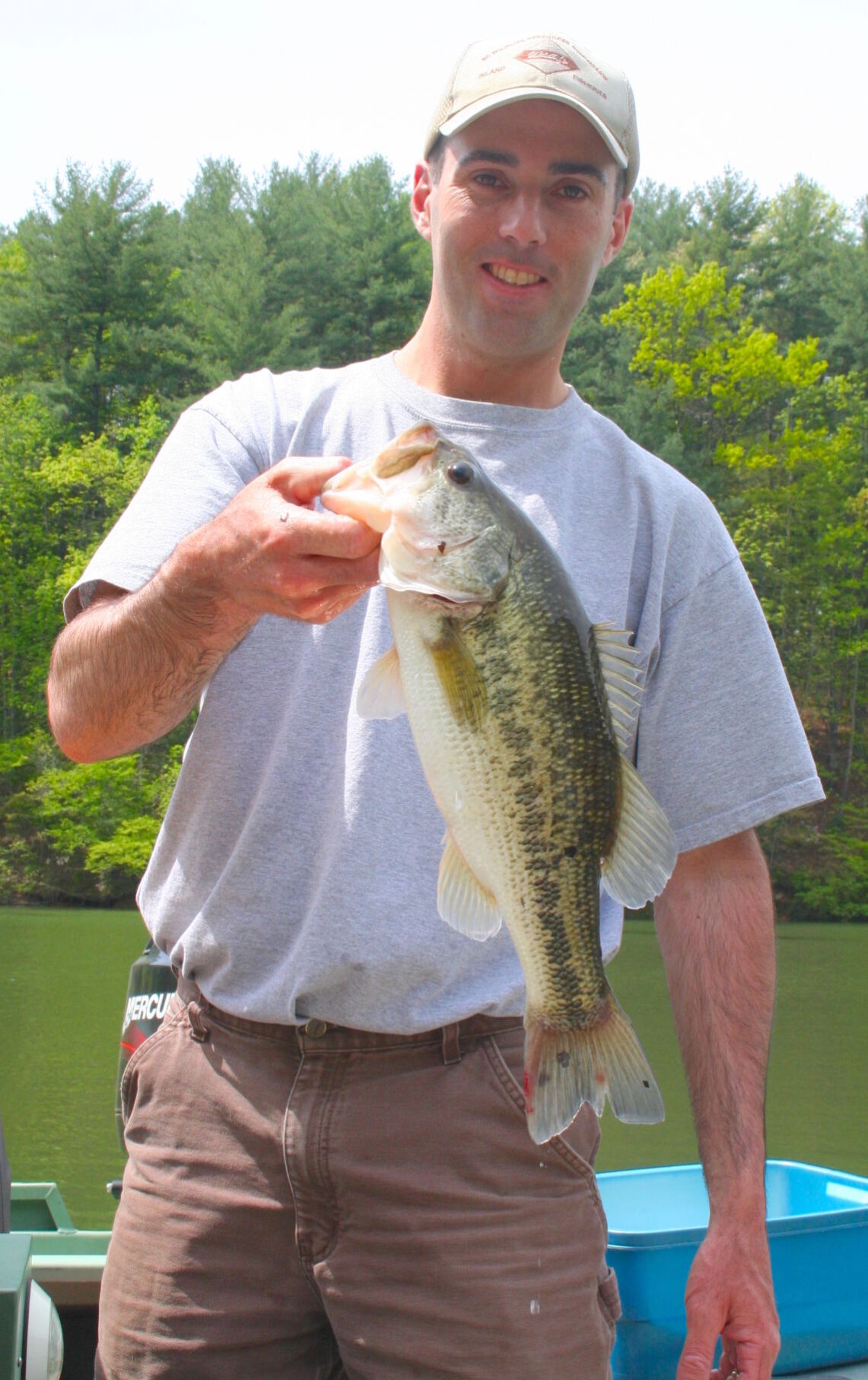 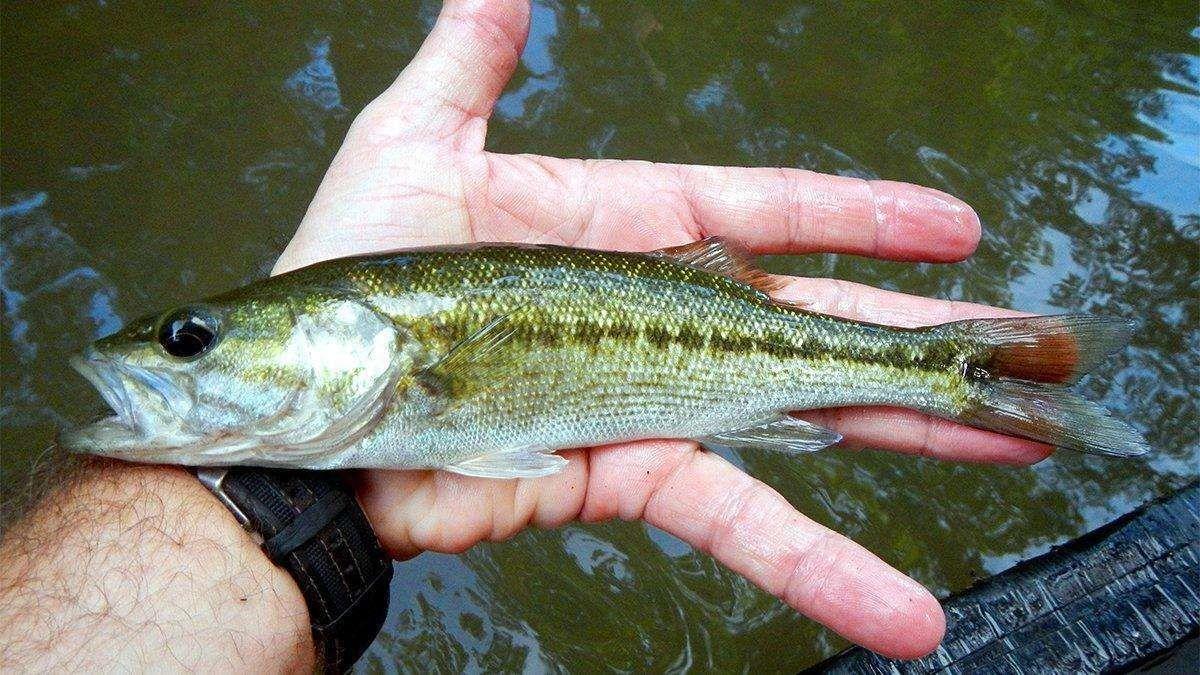 Few Alabama bass, such as this, reach over a pound outside their natural range. “There are plenty of 10- to 12-inch, skinny Alabama bass and hardly any largemouth left” in Lake Norman, said Kin Hodges of the N.C. Wildlife Resources Commission.

Few Alabama bass, such as this, reach over a pound outside their natural range. “There are plenty of 10- to 12-inch, skinny Alabama bass and hardly any largemouth left” in Lake Norman, said Kin Hodges of the N.C. Wildlife Resources Commission.

W. Kerr Scott Reservoir has long been recognized for its great variety of fish, but a newly-introduced species is threatening this diversity.

The newcomer is the Alabama bass, which can obliterate a fishery’s smallmouth and spotted bass populations through hybridization and out-compete and greatly diminish its largemouth bass.

“The Alabama bass is highly invasive and wreaks havoc in lakes if conditions are right,” said Kin Hodges, District 7 fisheries biologist for the N.C. Wildlife Resources Commission. (A non-native species is considered invasive if it threatens biodiversity outside its natural range.)

Hodges said W. Kerr Scott’s bass community once consisted mostly of largemouth and spotted bass, with smallmouth occasionally caught. Spotted bass slightly outnumbered largemouth, but the ratio was relatively constant and there were no signs of spotted bass harming the largemouth population.

“In 2012 and 2013, we started seeing smallmouth (in W. Kerr Scott) that didn’t look quite right. They appeared to be a cross between spotted and smallmouth bass, which initially made no sense since the two species had coexisted in the reservoir for decades without hybridizing each other,” he said.

“This was a mystery until we conducted a genetic analysis of the lake’s bass populations in 2016 and realized that the spotted bass we were catching actually had a mixture of spotted and Alabama bass genes. That was when we first realized that Alabama bass had been introduced into the lake in recent years by anglers,” said Hodges.

As Alabama bass interbreed with spotted and smallmouth bass, percentages of Alabama genes in the offspring keep increasing.

In numerous reservoirs across the Southeast, largemouth bass lost when the highly adaptable and aggressive Alabama bass competed with them for food and habitat, especially in clear and deep reservoirs.

“You can end up with Alabama bass replacing largemouth, but we’re not sure if this is happening at W. Kerr Scott yet,” said Hodges.

Alabama bass are being illegally stocked outside their native Coosa River system in Alabama and Georgia by anglers wanting to fish for them closer to home, he said. “They soon learn that Alabama bass don’t grow as well outside their limited native range and certainly don’t surpass largemouth bass in size.”

In most lakes where Alabama are introduced, few weigh over a pound, while most North Carolina lakes contain a high proportion of largemouth bass around 2-4 pounds. “Lake Norman is the poster child for this. There are plenty of 10- to 12-inch, skinny Alabama bass and hardly any largemouth left,” said Hodges.

He said Alabama bass have been documented in all Catawba River lakes upstream of Lake Norman, and they threaten high-quality largemouth bass fisheries in Lake Hickory and Lake Rhodhiss and the popular smallmouth fishery in Lake James.

The commission discourages the release of Alabama bass and encourages catching and keeping as many as possible. It established a statewide no minimum size limit and no daily creel limit for Alabama and spotted bass, effective this year.

Hodges said spotted bass were included because it’s nearly impossible to distinguish them from Alabama bass. “The best way involves counting the number of scales along the lateral line. But the scale numbers are so close for Alabama and spotted bass that they’re easy to confuse under the best of circumstances, and all bets are off on scale counts being useful once they start hybridizing.”

A five-fish daily creel limit and a 14-inch minimum size limit remain on largemouth and smallmouth.

Hodges said anglers like that Alabama bass are more aggressive and bite more readily than largemouth bass, making them easier to catch. He said the commission hopes to use this to help remove Alabama bass.

“We realize that there’s no way to completely eliminate Alabama bass once they get established, so the goal is to keep their numbers as low as possible to minimize their impact.”

Alabama bass were considered a subspecies of spotted bass (also called Kentucky bass) until they were identified as two different species of black bass a little over a decade ago. There are about 10 black bass species.

Hodges said spotted bass favor lower nutrient levels, but their numbers may be rising due to hybridization with Alabama bass. A 2016 genetic analysis found that spotted bass in W. Kerr Scott had around 70% spotted bass and 30% Alabama bass genes.

“We expect the proportion of Alabama bass genes to keep increasing until the spotted bass genes have been essentially eliminated. It will be interesting to see how the abundance of the combined spotted-Alabama bass population changes as this shift in genetics occurs.”

He said the hybridized state of spotted and Alabama bass populations in W. Kerr Scott may explain why largemouth bass numbers haven’t begun to drop.

“In lakes like Lake Norman where Alabama bass instantly took over, no other bass species were present besides largemouth bass at the time of the introduction, so as the Alabama bass began to reproduce, they contained 100% Alabama bass genetics and possessed all the behavioral and competitive advantages possessed by Alabama bass.”