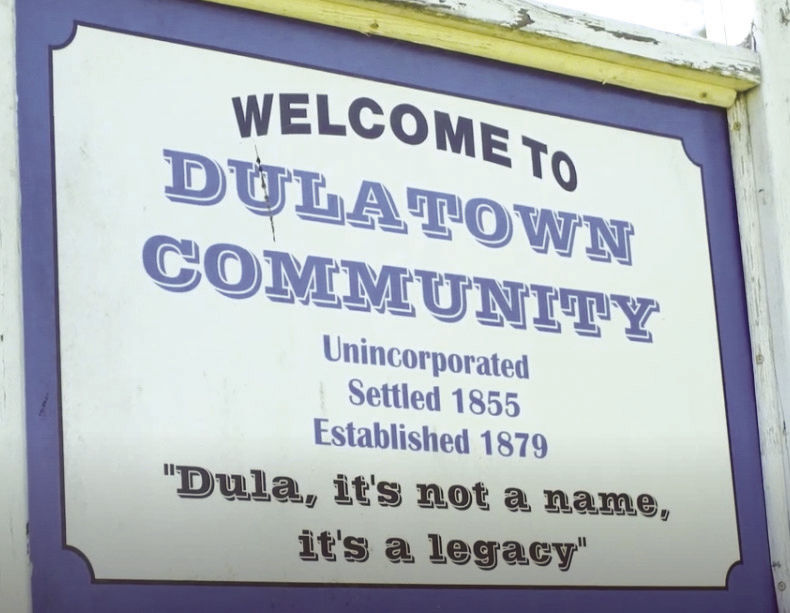 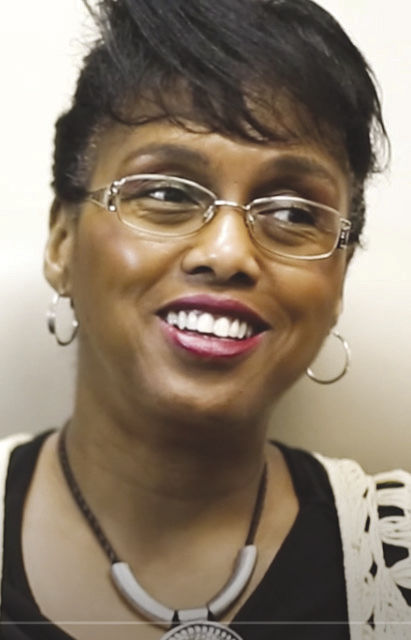 A new documentary produced by Appalachian State University faculty, staff and alumni tells the most unusual story of Dulatown, a predominantly African American community in Lenoir.

Dr. Leslie McKesson is the film’s narrator and also recorded Dulatown’s history in a book called, “Black and White: The Story of Harriet Harshaw and ‘Squire’ James Alfred Dula.” (He went by Alfred Dula.)

Like some others in his family, Dula owned thousands of acres in Wilkes and Caldwell counties and a large number of slaves. He was the grandson of Capt. William S. Dula, pioneer settler in the upper Yadkin Valley and Revolutionary War veteran, and a cousin of Tom Dula of “Hang Down Your Head Tom Dooley” fame.

It’s not especially unusual that Alfred Dula had children with one of his slaves, Harriet Harshaw. Early 19th century merchant William P. Waugh, one of the largest slave owners in Wilkes County, is known to have left a large number of African American descendants.

Instances of white landowners in Wilkes deeding property to their slaves after they were freed as a result of the Civil War are also known.

McKesson retired as dean of Western Piedmont Community College and now is an adjunct instructor in the Reich College of Education at Appalachian. She also is an ASU graduate and a direct descendant of one of the children of Harshaw and Alfred Dula.

Starting while he was still alive and through his will after he died in 1884, Dula is said to have given over 2,000 acres of his Belvoir plantation to Harshaw and their eight children, all born after Elizabeth Corpening Dula died in 1846. Caldwell was created from Wilkes and Burke counties in 1841, when Dula was 29.

Much of this acreage became what now is known as Dulatown. Sections of Dulatown are known by first names of some of Harshaw and Alfred Dula’s children – “Edtown, Granttown,  etc.

Dula’s will dictated that Julius Dula, one of his white sons and his executor “shall use so much of my estate as shall be necessary even to the entire amount therefore in defending on behalf of said colored persons or any of their heirs.”

The story told in the family is that one of Dula’s white sons objected and lost the property he was to inherit.

McKeeson said it’s impossible to say what type of relationship they had, but it’s clear Dula clearly chose to not marry again and instead continue a relationship with a slave for nearly 40 years. He built her a house about a mile from his home and at one point ran off a black suitor of Harshaw. Dula also worked to educate Harshaw and her children.

The film also focuses on the annual reunion of the descendants of Harriet Harshaw and Alfred Dula at Dulatown Presbyterian Church. At some point, white Dula relatives started attending the reunions.

McKesson’s desire to write about her family’s history stemmed from stories her father learned from his father and grandfather and passed down to her.

Her father also collected copies of public records such as birth, marriage and death certificates and transcripts of interviews documenting the connection between black and white Dulas. He entrusted 20 boxes of these records to McKesson and asked her commit to write the story of the Dula family history.

She self-published the book in March 2013 and plans to release a revised edition with new revelations based on research, genetic testing and information gained from family connections through the Dula Facebook page, which has more than 1,300 members.

“Black and White: The Story of Harriet Harshaw and ‘Squire’ James Alfred Dula” can be seen online at https://www.pbs.org/video/dulatown-pctzam. It was produced by Dr. Beth Davison, professor in the Department of Interdisciplinary Studies and co-director of ASU’s Documentary Film Services.