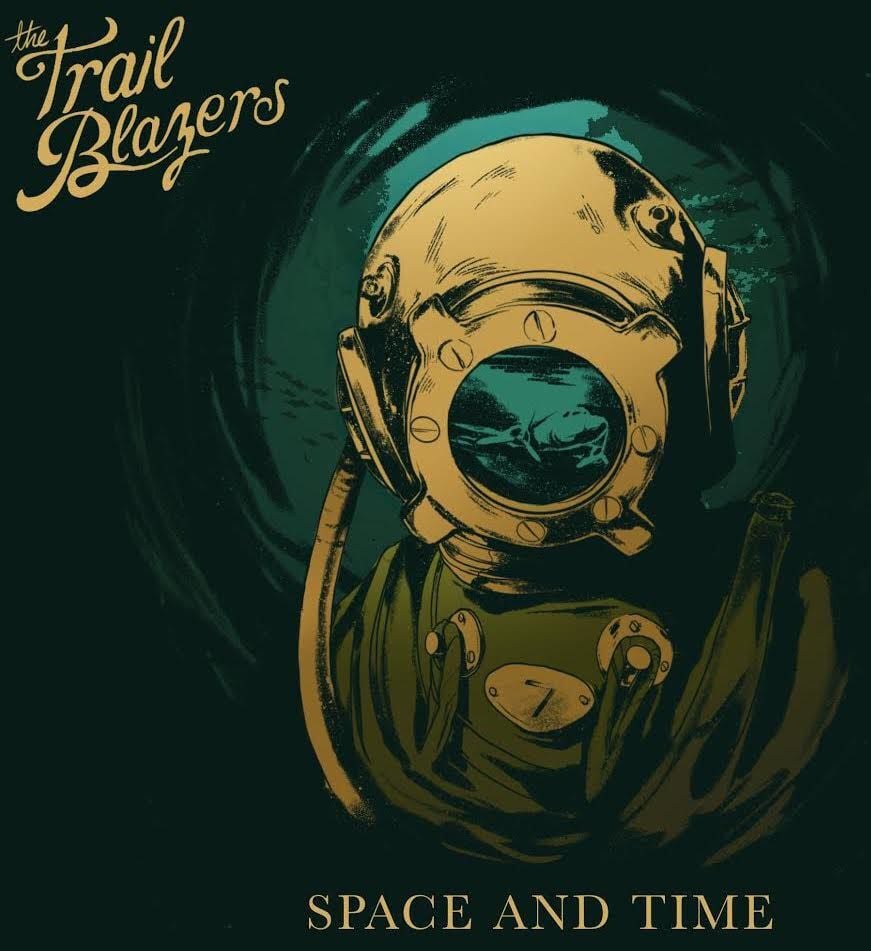 The Trailblazers' "Space and Time" cover art was created by Elisa Sanchez. Daniel Thrailkill said the airplane in the diver’s mask is a visual representation of  "beyond space and time." The "Easter egg" on the diver's tag was included because 7 is a special number to the band, he added. 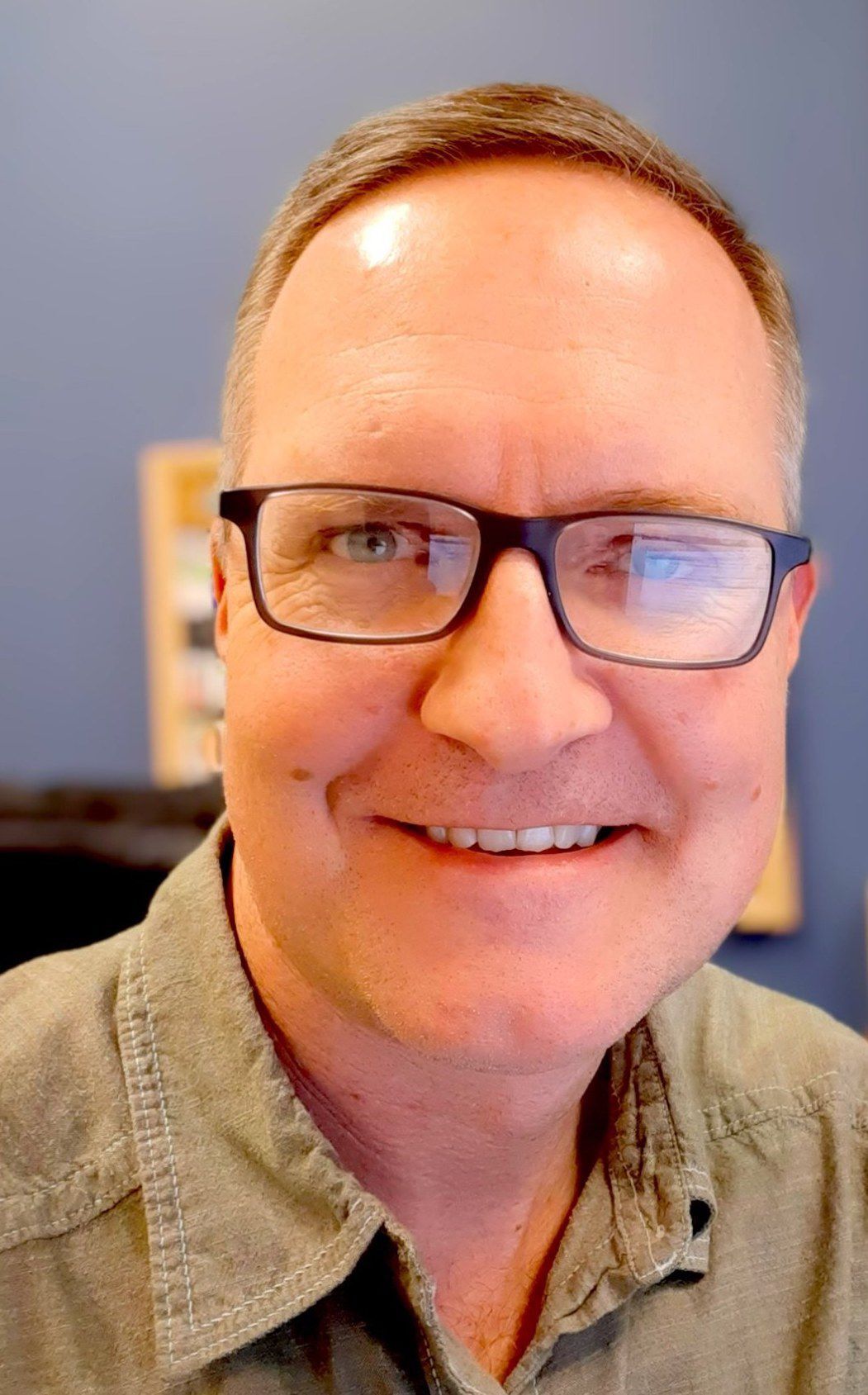 My favorite local band, the Trailblazers, has a new record coming out Friday. If you’re a fan of great music that pushes boundaries, you should be as excited as I am for the release.

The new album, “Space and Time,” was produced by Jonah Horton, the band’s brilliant mandolinist. Jonah is 19 and has been considered something of a prodigy ever since he picked up the instrument at age 7. The Wilkesboro resident has plans to graduate this spring from Appalachian State University with a degree in marketing and sales.

Jonah told me a few days ago that the album is quite a departure from the band’s debut album, “A Place to Call My Own,” which was released four years ago.

“Over the past four years, we have matured a lot musically; both as a band and individually,” he said. “With our first CD being primarily focused on the more traditional side of bluegrass, ‘Space and Time’ only has one song (out of 11) that would fit that description in my opinion.”

The Trailblazers cover songs from the Doobie Brothers, George Benson, Glen Campbell and bluegrass songwriter Larry Keel, a sure sign how the band has branched out into rock, jazz and country, Jonah says.

“I like to tell people that there is at least one song on this album that everyone would enjoy. If you are someone who doesn’t like traditional bluegrass, I would urge you to give this CD a chance because you are exactly the type of person we had in mind when creating this project.”

Not that the Trailblazers didn’t find success in bluegrass. In fact, they picked up a pair of 2018 Momentum Awards from the International Bluegrass Music Association, one for the band and another for its main vocalist, Daniel Thrailkill of Mount Ulla in Rowan County.

Thrailkill, also a noted guitarist, is on pace to graduate in the spring with a management degree from UNC-Charlotte. His brother, Will Thrailkill, plays upright bass in the band. The other full-time member is banjoist Alex Edwards of Salisbury, a mechanical engineer by trade.

Jonah told me he is especially pleased with the five originals on the album. “With each of the originals having a different feel, it is very easy to hear how we were influenced by a very broad spectrum of artists throughout the songwriting and recording process.”

On the instrumental track “Dawson Springs,” the band is joined by “fiddle player extraordinaire” Jeremy Garrett, a member of the Grammy Award-winning band The Infamous Stringdusters.

Recording engineer Scott Vestal, the former banjo player for the Sam Bush Band and recipient of the Steve Martin Prize for Excellence in Banjo and Bluegrass, makes his banjo synthesizer sound like a rock organ on the original track “Déjà Vu,” Jonah said.

“We are honored to have two of the originals feature special guests from some of the bands we have looked up to since we first started playing music,” noted Jonah.

Vestal helped the band put everything together after recording sessions were held at the end of July at Digital Underground Studio in Greenbriar, Tenn.

Jonah summed it all up when he said, “ ‘Space and Time’ is a truly unique album that I think can be enjoyed by music lovers of all ages, backgrounds and genres.”

Starting Friday, the album can be purchased online on all of the usual digital music platforms: Apple Music, Spotify, Amazon, et al. Physical CDs can be purchased by reaching out to the band on Instagram or Facebook or from the website thetrailblazersmusic.com.

Better yet, hear this band live and buy a CD from their merch table. Your first opportunity will be at Lost Province Brewing in Boone on Saturday. The Trailblazers live up to their name when they take the stage. Catch a live show and I promise you’ll thank me later.

Mostly cloudy skies early, then partly cloudy in the afternoon. A few flurries are possible. High near 40F. Winds W at 10 to 15 mph.

Partly cloudy during the evening. A few showers developing later during the night. Low around 35F. Winds light and variable. Chance of rain 30%.

A few clouds from time to time. Low 31F. Winds light and variable.

Events may be appreciated more

Parity extends down the ballot

Wearing a mask demonstrates caring about others

How can Woodfield Way repair cost be $1.1 million?