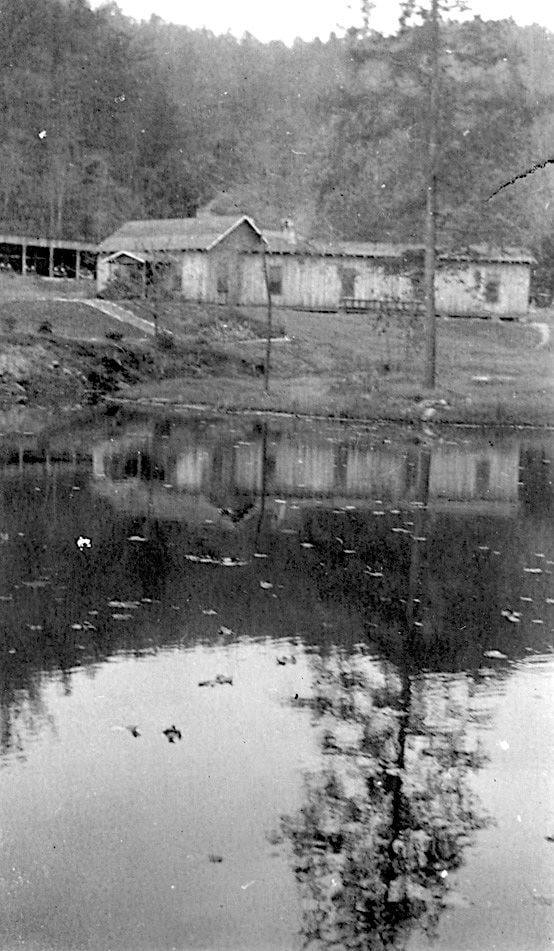 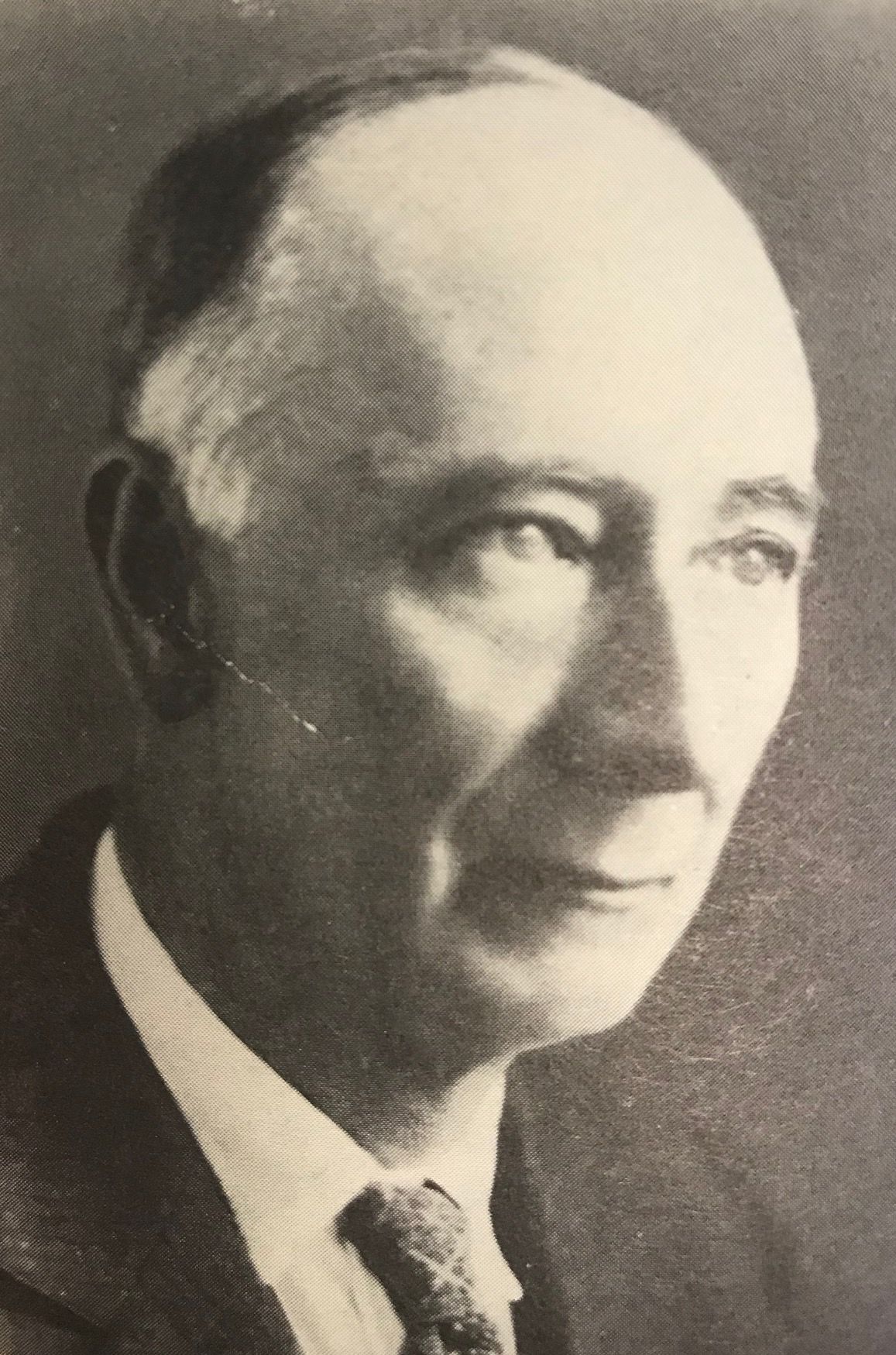 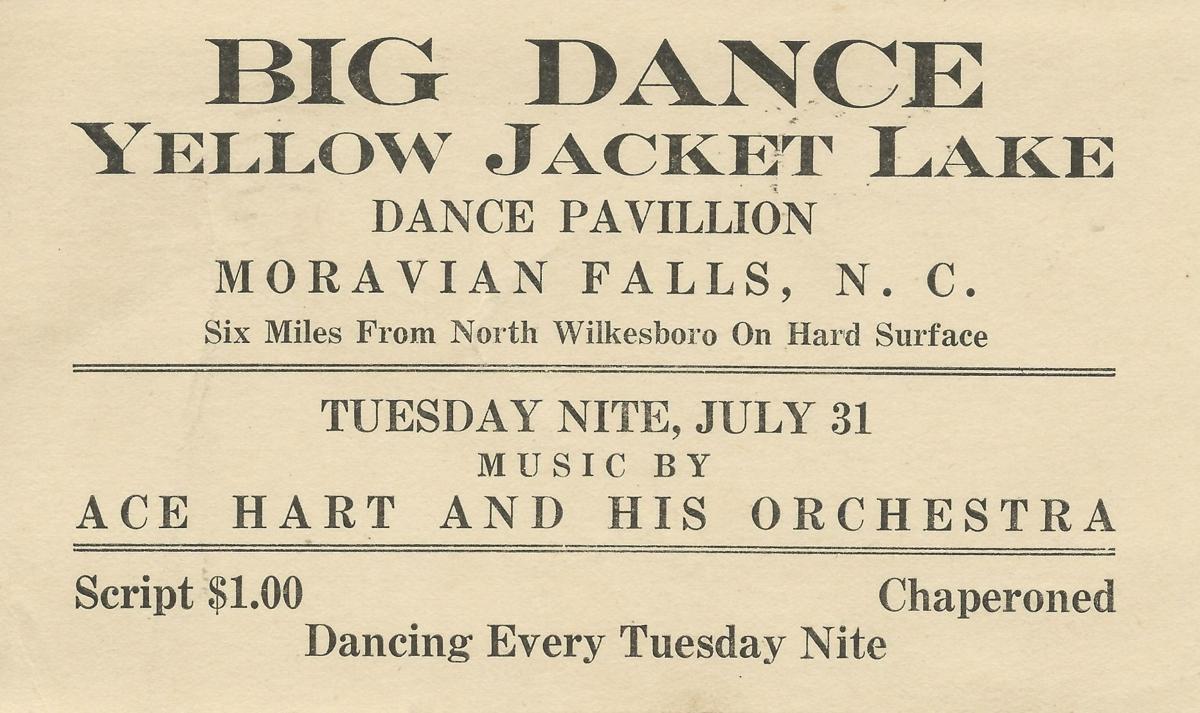 EDITOR’S NOTE: Third and last article in a series on places that made the Moravian Falls community a center of water-related recreation for many years.

For much of the first half of the 1900s, R. Don Laws was known nationwide as editor and publisher of a sharply opinionated, pro-Republican newspaper called the Yellow Jacket.

With a peak circulation of nearly half a million sent to every state and several countries, the Moravian Falls-based Yellow Jacket consisted mostly of brief political jabs (called “Stingers”) and other satire targeting Democrats, Catholics, Socialists, the Labor Party and others.

Laws once wrote in his newspaper, “This is the Yellow Jacket, the only thing of its kind published on earth. Its temperature is 100 in the shade. It preaches Republican gospel so straight that every issue brings many old moss-back Democrats to the mourning table…. Every Democrat should take it to keep track of the rascality and devilment of his party.”

In 1903, the Charlotte Observer wrote that Laws “can sling mud harder and faster than any writer in the country.”

It took several wagons to haul each issue of the Yellow Jacket, usually published monthly, to the train station in North Wilkesboro.

Laws, a Wilkes native, also was inventive and community-minded.

At age 13, he made a printing press and carved type from mountain laurel. Laws soon acquired a small job press and limited lead type and began publishing the Yellow Jacket in 1895. About 10 years later, he erected an undershot waterwheel with a dynamo on Moravian Creek to produce electricity to light his home and office and power his press.

Laws reportedly was the state’s first publisher to install a Hoe press, which revolutionized the newspaper business. He held a patent on a galley web printing press.

Laws is said to have owned the first car and first phone in Wilkes and was a leader in working for better roads in the county. In 1921, Laws and William Lovette of Florida were in the news for developing a wireless telephone transmitter powered by five dry-cell batteries.

In its May 30, 1906 edition, the North State newspaper in Lexington said Laws was about to build a resort motel in Moravian Falls. It said his financial success was unusual considering the Yellow Jacket was in a mountain village away from a railroad. “There is but one Don Laws and one Yellow Jacket newspaper. He occupies a field exclusively of his own – Union Republican.”

With only about a year and a half of formal education at Moravian Falls Academy, Laws was mostly self-educated and had an extensive library. When he died in 1951, the Journal-Patriot said in an editorial that in many ways he was the most remarkable man Wilkes County ever produced

In 1920, newspapers locally and across the state announced the opening “of the prettiest swimming resort in western North Carolina, owned and operated by R. Don Laws, publisher of the Yellow Jacket.”

Considering his diverse interests, including road construction, it wasn’t out of character for Laws when he built a four-acre lake in Moravian Falls and named it for his newspaper. Yellow Jacket Lake was about a half mile west of Laws’ newspaper office, which was on the west side of Moravian Falls Road, near where Germantown and Moravian Falls road now intersect.

The dam was made of about 4,000 cubic yards of stone and earth placed in the valley of a small tributary of Moravian Creek between Germantown Road on the north and N.C. 18 on the south.

A deep canal was cut through a hill on one side for the lake’s overflow. The lake reportedly was 25 feet deep, with over 8 million gallons of water.

Near the south side of the lake was the Edgewood Spring, which supplied water for Edgewood School in the years before Moravian Falls Academy was established in the late 1870s.

Newspaper articles said a sulphur spring, “the wonder of the whole place,” was at the western end. Mineral springs were the rage then.

The Asheville Citizen said, “Here, hundreds of men, women and children from Wilkesboro and other places enjoy the fine water…. It will pay you to drive out and see this lake and take a sip of the sparkling cold sulphur water that seems to come from a country colder than this.”

Another newspaper article said the lake was “reached by a splendid one-way drive which leaves the public highway at the Yellow Jacket office and winds and turns through a dense forest until it finally leads to this beautiful lake in the woods and around the lake and then a series of loops and turns until it takes you out to the public road again.”

The road around the lake was about a half-mile long, with many picnic sites. Mature timber surrounded the lake on every side.

Yellow Jacket Lake had a pier with a boathouse, diving board, rowboats and other equipment. Laws had it stocked with black bass.

It became a popular destination for swimming, boating, fishing, picnicking, camping and other activities. Electric lights were placed around the lake in time for the season opening in 1922. That year, it cost 10 cents to swim in Yellow Jacket Lake.

The July 30, 1920, issue of Carter’s Weekly, predecessor of the Wilkes Journal-Patriot reported that, “One of the most delightful picnics of the season was given by the young people of Wilkesboro last Saturday evening in honor of the visitors in the town, the picnickers motoring out to Yellow Jacket Lake and having supper beside the beautiful body of water. Numerous songs and gay conversation, together with the bountiful supper, made the occasion a most enjoyable one.”

However, Carter’s Weekly reported a drowning in the lake four years later. Donnie Huffman of Purlear, in his early 20s, drowned in Yellow Jacket Lake after diving off the “springing board” with intentions of swimming across the lake. The article said Huffman was a good swimmer and why he drowned was unclear.

Newspaper accounts indicate the lake was a popular destination for various organizations in the 1930s and to a lesser extent in the 1940s.

Troop 35 (now 335) at First United Methodist Church of North Wilkesboro went camping, boating and frog gigging there in 1933. Scout troops from as far away as Concord also camped there and sometimes added a hiking trip to the top of nearby Pores Knob in the Brushy Mountains.

The Wilkes County Young GOP had a fish fry at Yellow Jacket Lake in 1938.

The dam that created Yellow Jacket Lake was washed out by the August 1940 flood but was rebuilt in time for the 1941 season.

Laws died at age 83 in 1951, and was buried in the Moravian Falls community cemetery. Written below his name on his gravestone is, “The Yellow Jacket,” and below that, “Tis the mind that make the body rich.”

Yellow Jacket Lake’s usage dropped off and it primarily was a fishing destination after Laws died.

A group of local raccoon hunters took their dogs – along with some very unlucky raccoons - there at least a few times. They placed a ‘coon on a log in the middle of the lake to see which dog could swim out and take the animal first.

At some point, a group of about a dozen businessmen in the Wilkesboros leased Yellow Jacket Lake for 99 years so they could fish there.

John Kilby of North Wilkesboro said his father and grandfather, the late Andrew “Bud” Kilby and A.F. Kilby respectively, were in the group and he and his brother, Bud Kilby Jr., fished there with them in the 1960s.

Kilby said the boathouse, about the size of a one-car garage, was still on the lake then. The boathouse was open-sided above 4-foot-tall walls and high enough above the water’s surface to enter in a canoe. He said a caretaker lived in a house a short distance from the pier.

He remembers catching big bass in the lake until someone exploded dynamite in the lake to stun and haul them out.

Kilby said the men who leased the lake agreed when the owners requested cancellation of the lease around 1980 so they could sell the property.

Wilkes County Fire Marshal Kevin Bounds, of Moravian Falls, remembers seeing Yellow Jacket Lake around 1982 with obviously much less water than it once had.

According to people who once lived near the lake, at some point county officials had the lake drained due to public safety concerns.

A portion of the dam is still visible, as well as remains of a structure with a metal roof a short distance uphill from the lake bed, now dry and grown up in timber and brush.

37°
Showers in the Vicinity

Partly cloudy in the evening with more clouds for later at night. Slight chance of a rain shower. Low 34F. Winds light and variable.

Partly cloudy in the evening with more clouds for later at night. Low 33F. Winds light and variable.