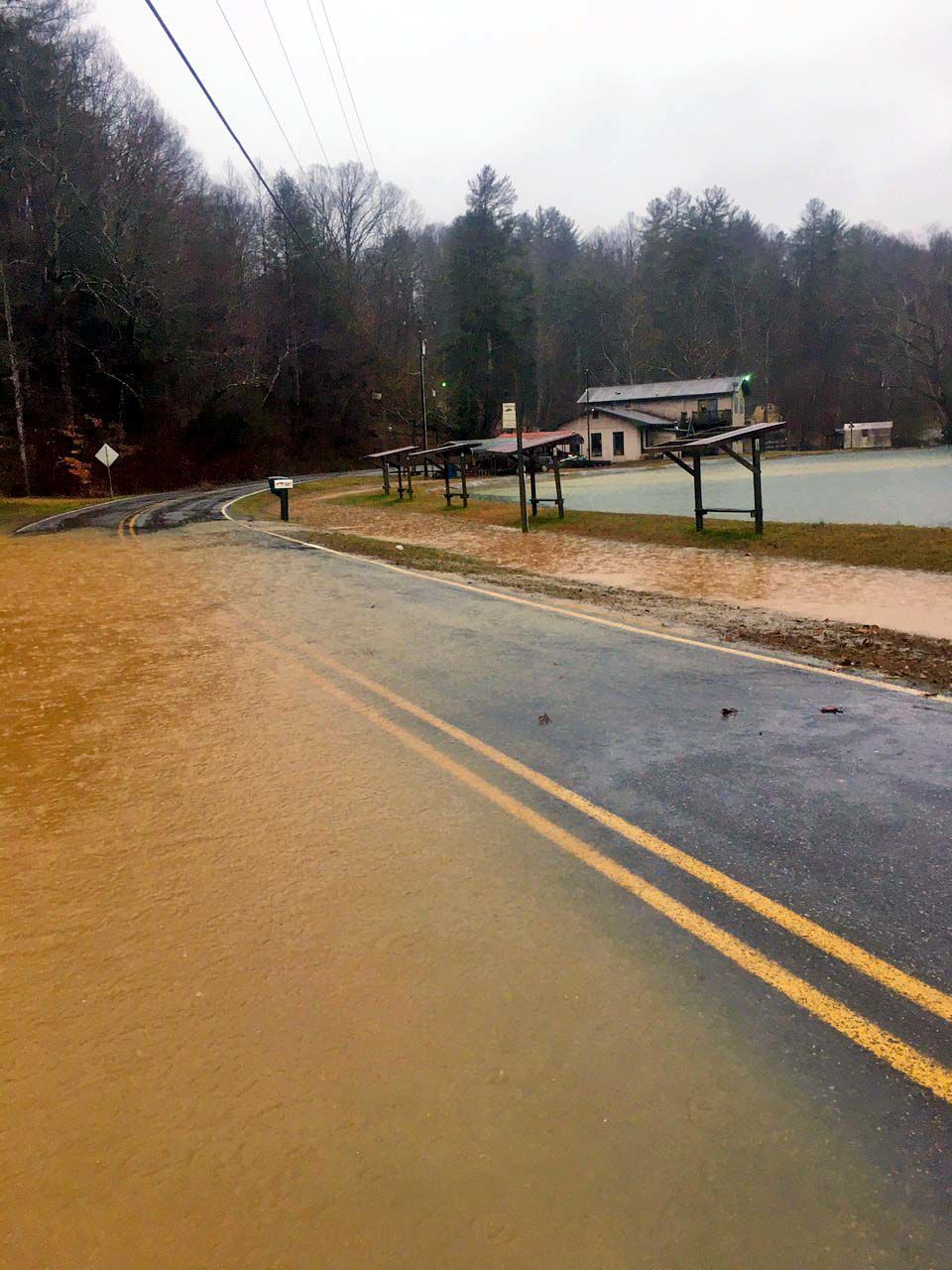 Falls Road, near Moravian Falls in the Moravian Falls community, is partly flooded Thursday morning due to heavy rain and road culverts in need of repair. 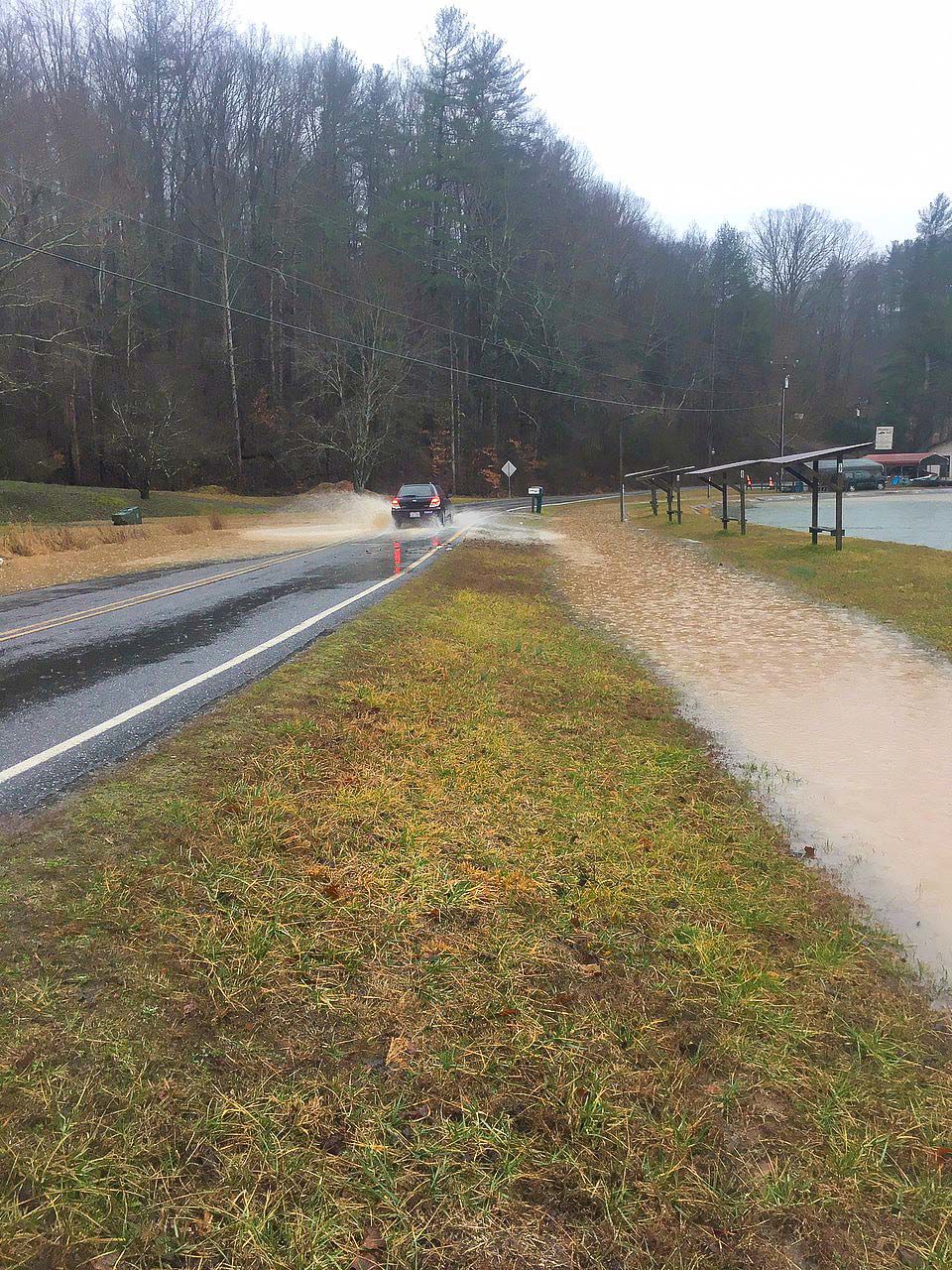 A vehicle passes through high water on Falls Road on Thursday morning, with a flooded ditch at right.

Falls Road, near Moravian Falls in the Moravian Falls community, is partly flooded Thursday morning due to heavy rain and road culverts in need of repair.

A vehicle passes through high water on Falls Road on Thursday morning, with a flooded ditch at right.

Heavy rain starting early Thursday morning and continuing through the day caused flooding and other problems in Wilkes County.

There were reports of as much as 5 inches of rain in parts of Wilkes.

Students were released from Wilkes County elementary and middle schools at noon and from Wilkes high schools at 12:13 p.m. Thursday as a precaution. Schools opened with a two-hour delay Friday.

One school bus taking students home got stuck along a road in the Roaring River community. There were no injuries or damage and the school bus was soon pulled out by a wrecker.

Cotton Mill Road in the Roaring River community was closed where it crosses Roaring River due to high waters covering the low water bridge. Many of the other low-lying areas in Wilkes that typically flood during rain events did so again Thursday.

The Wilbar Fire Department was called out in response to a mudslide on Old N.C. 16 just before Clear Branch Drive. One lane of Old N.C. was closed.

There were numerous wrecks elsewhere in Wilkes through the day and several reports of trees on roadways.

At 11:53 a.m. Thursday, the National Weather Service upgraded a flash flood watch in effect for Wilkes County to a flash flood warning. This meant flooding was imminent or occurring.

There was intermittent thunder and lightning during the day.

A few clouds. Low around 25F. Winds light and variable.