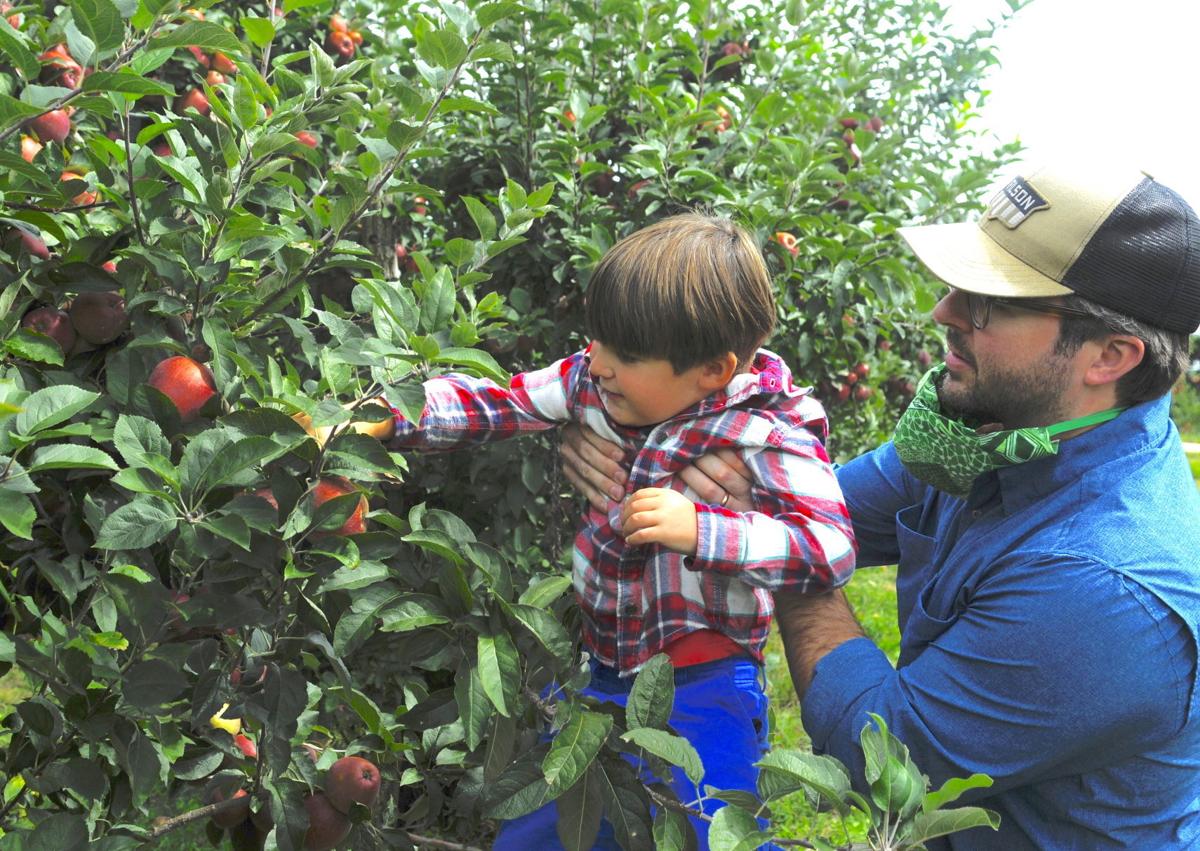 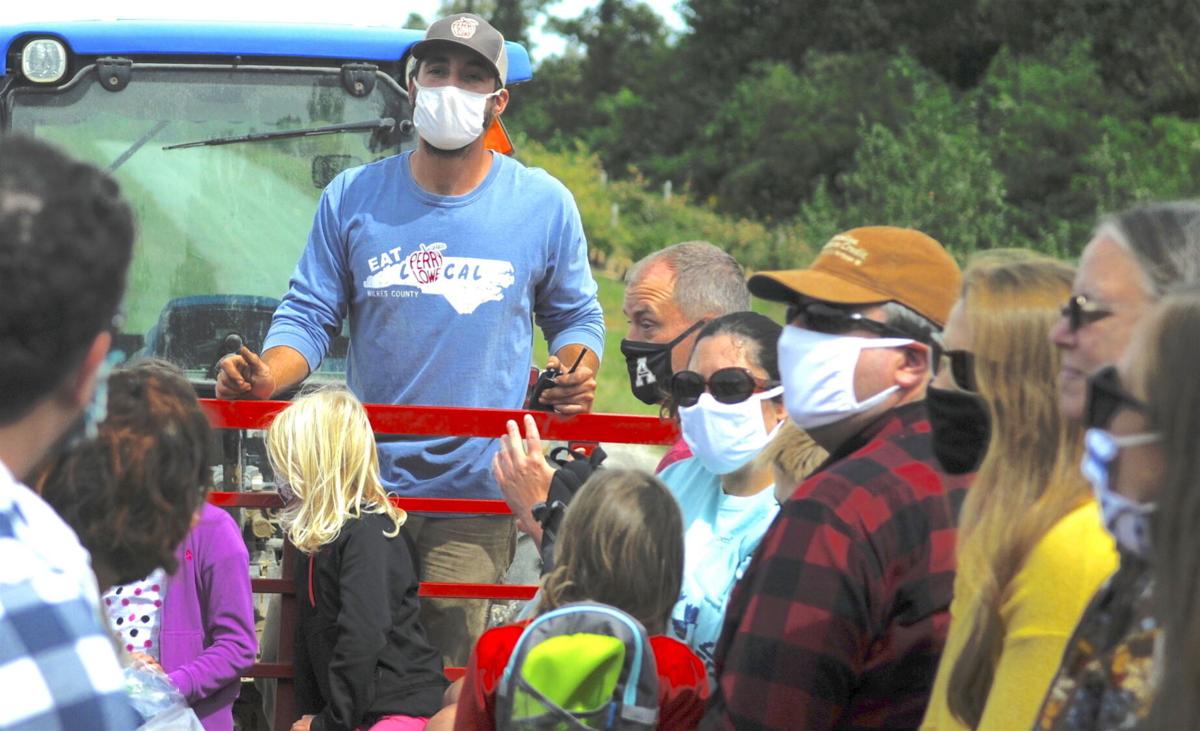 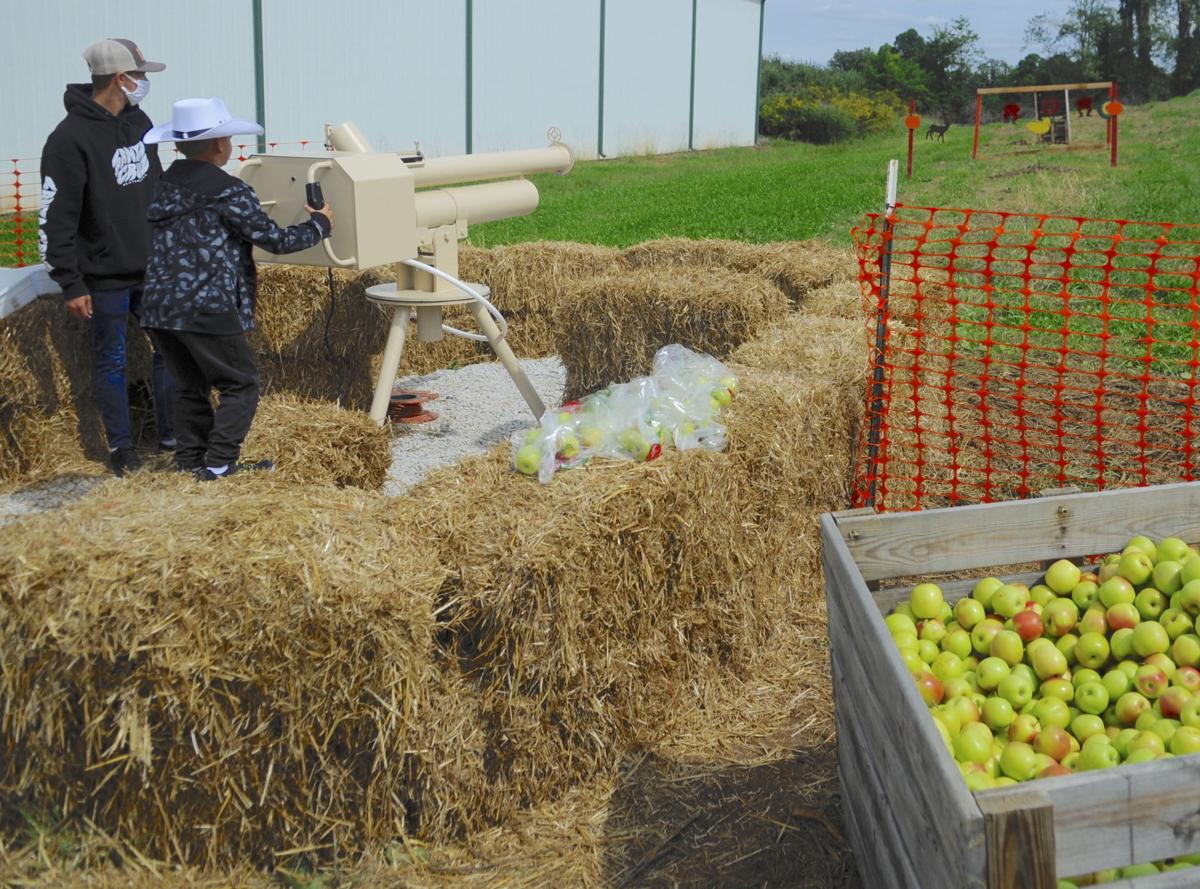 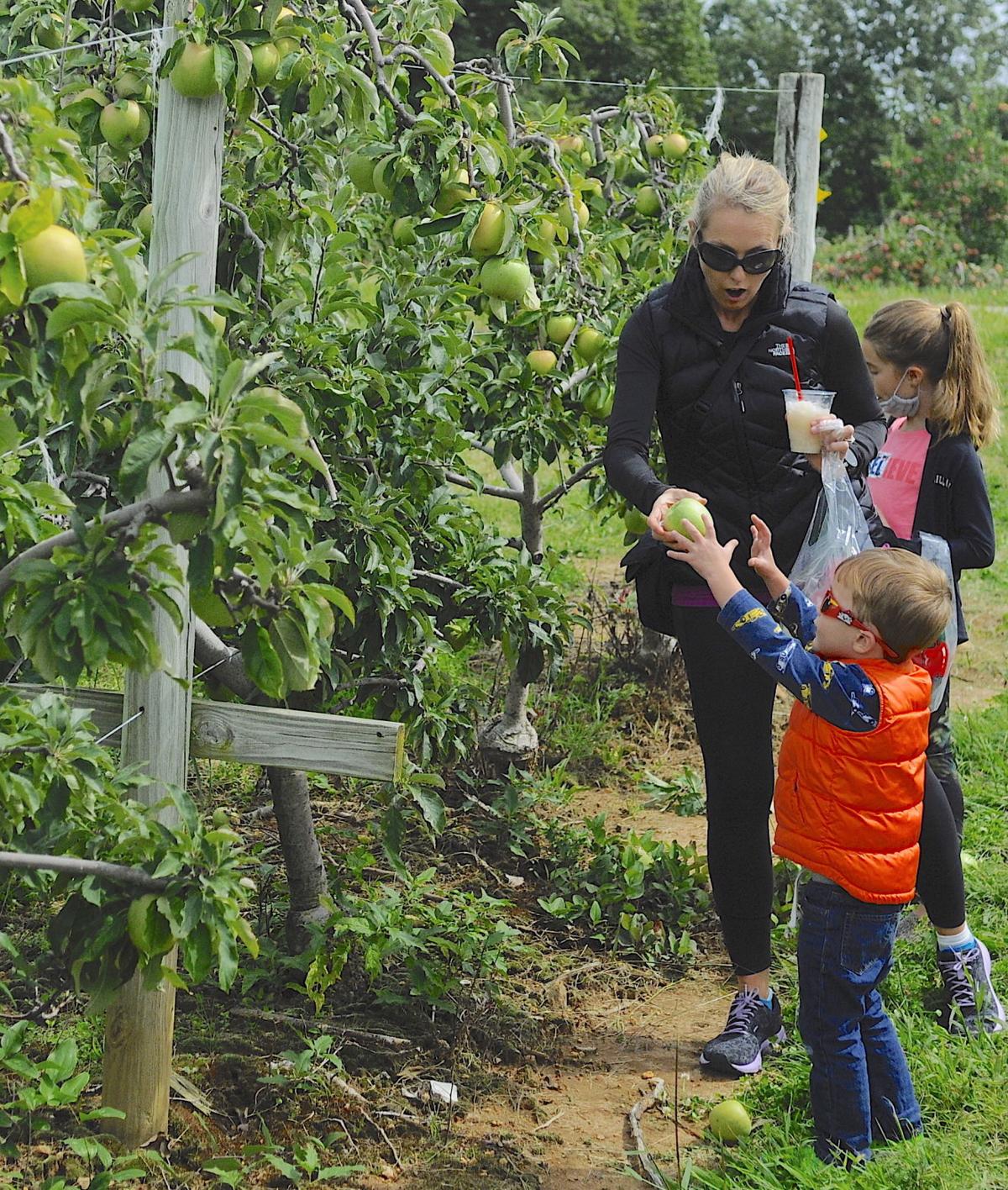 The COVID-19 pandemic took away this year’s Brushy Mountain Apple Festival, but it also increased consumer demand for this favorite fruit of the Brushies.

Recent autumn-like weather intensified the inclination to venture out on roads less traveled to apple houses and orchards in Wilkes and Alexander counties.

“People are tired of being shut in and want to get out and stretch their legs,” said orchardist Armit Tevepaugh of Vannoy Ridge Road in the Brushy Mountain community.

“More people are canning” and apples are a canning favorite, Tevepaugh added. Demand for healthy food such as fresh, local fruit was already strong but he has seen it grow even stronger.

Tevepaugh said business has been better than usual for him since July. Like many local orchardists, his summer fruit sales are dominated by peaches. He also offers pick-your-own blueberries and blackberries.

Recent cool and clear weather also is enhancing the color and flavor of apples after weeks of above average rainfall.

The rain gauge at the North Wilkesboro Water Filtration Plant measured 13.38 inches in August, almost a new record but the fourth most rain for that month in records kept since 1921.

Orchardist Gray Faw of the Brushy Mountain community, selling from his Parker Orchards apple house at the intersection of Brushy Mountain Road and Pike Road, said rain made this one of his most challenging seasons.

Faw said production expenses are up due to spraying for rain-related diseases, but he added, “I’m happy to have what we have.” The market has been good and recent cool, dry weather is exactly what is needed, he said.

Snyder said rain-related crop quality issues were most severe later in the season. Orchards at lower elevations had certain disease problems. Snyder said the invasive brown marmorated stink bug continues to be a challenge for orchardists here and statewide.

Orchardist Perry “Ty” Lowe III of Perry Lowe Orchards in the Pores Knob community said he has an excellent apple crop this year, despite problems with cracking from excessive rain. This varies among varieties, with Stayman hit hardest.

The rain and a cool spring made the apple crop at least a week later than normal. “We have eight to 10 varieties (ready to be harvested) now and we should have 20,” said Lowe.

That didn’t appear to concern the hundreds of people at Perry Lowe Orchards pick-your-own operation on Moore Mountain Road Saturday.

Most were from the Hickory, Charlotte, Winston-Salem/Greensboro and other urban areas of the state. Many were parents with young children.

Two trailers pulled by farm tractors, both able to carry about 20 people, transported visiting pickers from a site with a food truck to nearby orchard blocks and back.

Near the food truck was a new attraction, an air-powered “apple cannon.” People paid to shoot apples at targets a few hundred feet away with the 60psi cannon.

The emphasis on providing memorable experiences, along with bags of freshly-harvested apples, reflects the influence of a new generation (the sixth) in this apple-growing Lowe family.

Perry Lowe IV, manager of Perry Lowe Orchards, is spending much of his time lately on the pick-your-own operation. Responsibilities of his sister, Jessica Lowe Adams, include social media marketing. They are among the children of Ty and Katrina Lowe.

Perry Lowe Orchards apple house is on N.C. 16 near the Wilkes-Alexander county line.

A short distance down the road toward Taylorsville, the Deal Orchards (Lindsey and Alan Deal) and Sugarloaf Orchards (Bobby and Ryan Lowe) apple houses are also moving into their busiest time of the year.

Brushy Mountain Farm and Orchard (Tom and Debbie Lowe) is in the other direction on N.C. 16 toward Wilkesboro.

Other apple growers on the Brushies include Gregg Hendren on Hendren Road in the Brushy Mountain community, Hareapple Farm (Mike and Beth Graf) near the end of East Brocktown Road in the Pores Knob community and Garry Morrell (Gringo Orchards) in the Vashti community of Alexander County.

Wilkes ranks second in apple production in the state behind Henderson County.

Partly cloudy skies during the evening will give way to cloudy skies overnight. Low near 55F. Winds light and variable.

Scattered thunderstorms in the evening, mainly cloudy late with a few showers. Low near 55F. Winds light and variable. Chance of rain 40%.