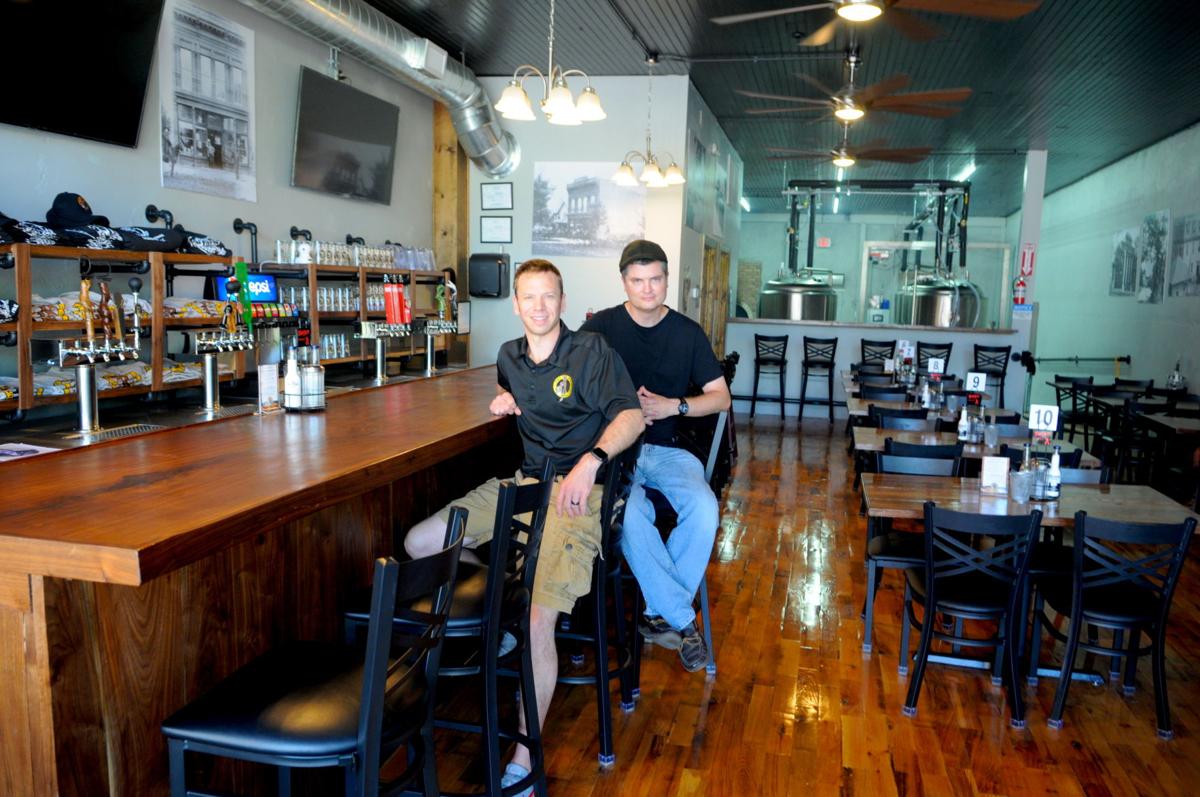 TW0BOROS co-owner Seth Cohn, left, and brewmaster Trey Church inside the new brewery and eatery on Main Street, Wilkesboro. Grayson Cohn, who is Seth's brother, is the other co-owner. 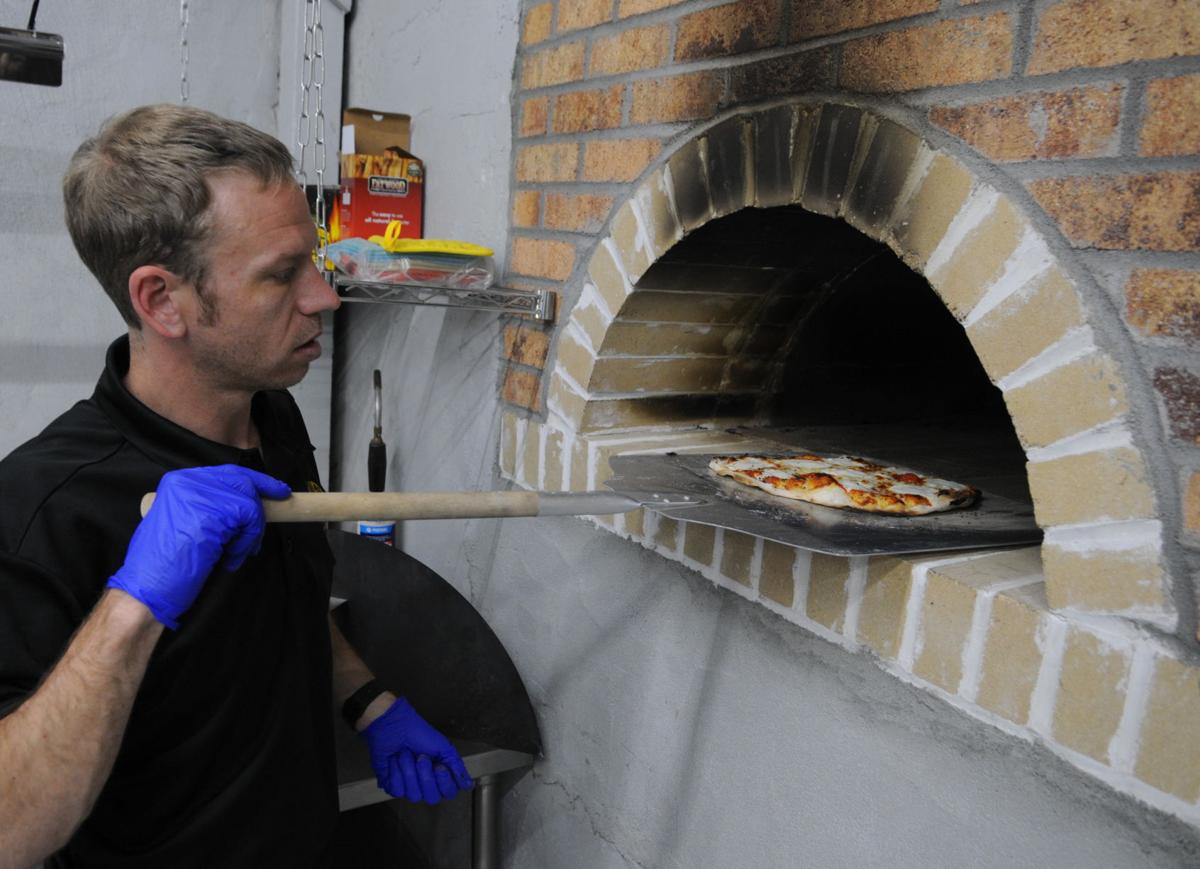 BRICK OVEN, fueled by apple and other types of wood, is used to cook pizza at TwoBoros. 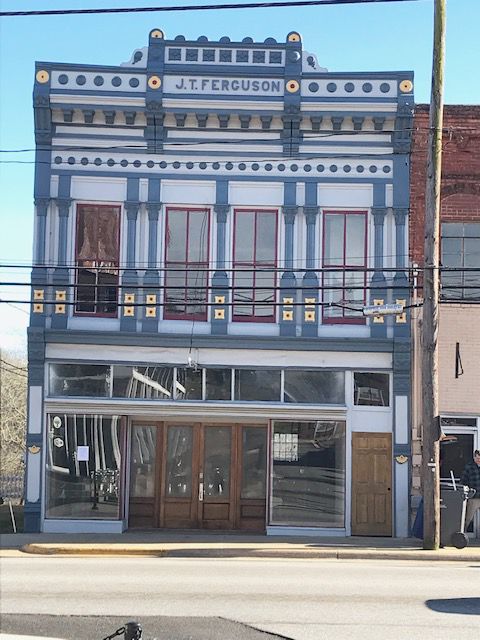 J.T. FERGUSON BUILDING, home of TwoBoros Brewery and Pizzeria, was constructed in the late 1880s.

TW0BOROS co-owner Seth Cohn, left, and brewmaster Trey Church inside the new brewery and eatery on Main Street, Wilkesboro. Grayson Cohn, who is Seth's brother, is the other co-owner.

BRICK OVEN, fueled by apple and other types of wood, is used to cook pizza at TwoBoros.

J.T. FERGUSON BUILDING, home of TwoBoros Brewery and Pizzeria, was constructed in the late 1880s.

The “soft opening” of TwoBoros Brewery and Pizzeria in the historic J.T. Ferguson building (constructed in late 1880s) on Main Street, Wilkesboro, is today.

Co-owners (and brothers) Seth and Grayson Cohn, with brewmaster Trey Church, are still awaiting delivery of the required federal permit to start brewing beer, said Seth Cohn. All of the equipment and other regulatory approval is in place, added Cohn.

“We submitted the application six months ago (for the federal permit), but it was delayed by the federal government shutdown. We expect to have it by the end of June and then start brewing – and then probably start selling our beer in July.”

Meanwhile, TwoBoros will have beer on tap from other area breweries. Church said the plan is to sell five types of beer brewed at TwoBoros and have 16 others available on tap.

The brewery’s big stainless steel tanks and other equipment, which can produce 217 gallons of beer per run, are in place and in full view at the rear of the interior.

TwoBoros has a wood-burning brick oven for serving brick oven pizza featuring dough made on site from scratch and a sauce made with a recipe developed at TwoBoros.

Cohn said that with a temperature of nearly 2,000 degrees, a pizza cooks in two to three minutes and has to be carefully watched and turned.

In addition to a variety of pizzas, the restaurant serves cold iceberg lettuce wedges prepared in a variety of ways and a selection of appetizers.

Allen Sidden is the executive chef at TwoBoros and its sister restaurant across the street, Dooley’s, which the Cohns also own.

The J.T. Ferguson building is best known for the decorative classical and Victorian details of its prefabricated cast iron and pressed metal façade, with “J.T. Ferguson” inscribed at the top. Like the Smithey Hotel building, where Dooley’s is located, it is listed on the National Register of Historic Places.

Local blacksmith Andy Soots fashioned pieces to replace what was missing on the front.

While the front has its original look with more color added, the interior was transformed from a former electrical contracting shop into a fine eatery with bars and tables fashioned from a huge black walnut tree that fell elsewhere in town on property owned by the Cohns. Derrick Hartley of Hartley Brothers in the Goshen community did much of this work.

The floor and parts of the tables are made of local red oak.

The interior has the original tongue and groove ceiling. Also still in place are the original front doors, which the Cohns discovered are bi-fold. Some of the front windows panes are original wavy glass.

Poster-size old photos with scenes and people from the Wilkesboros in days gone by are on the walls.

Hours of TwoBoros are 11 a.m. to 9 p.m. Wednesday through Sunday.