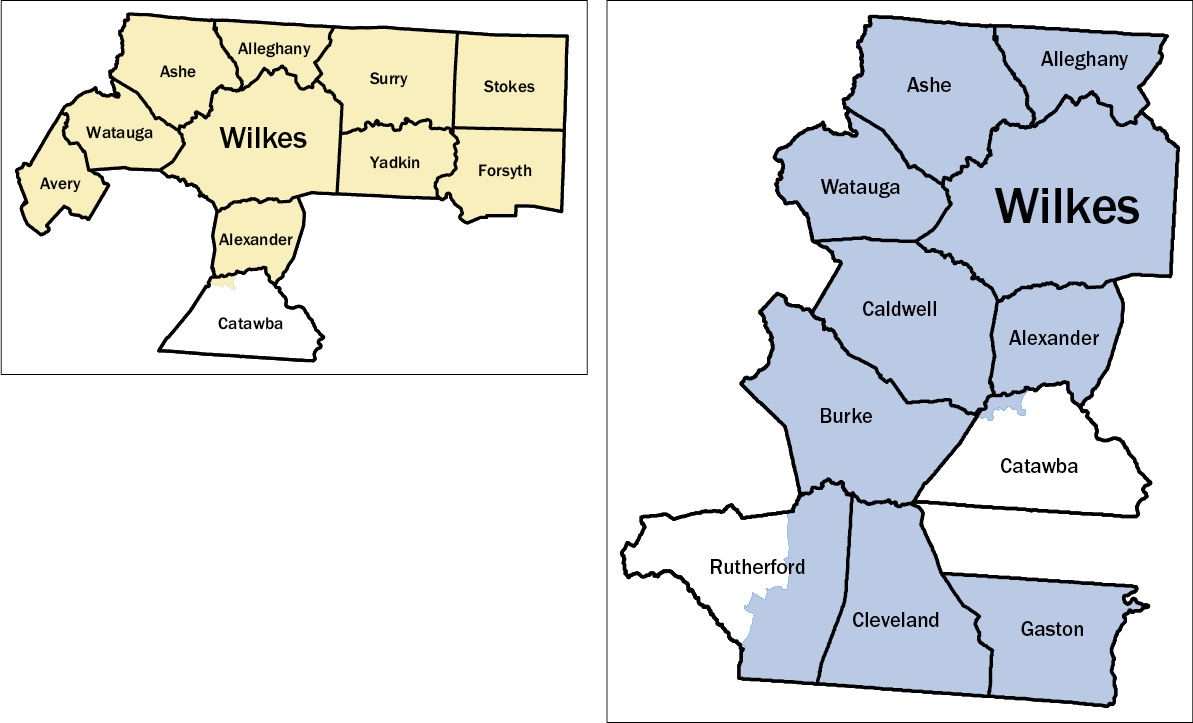 Redistricting plan approved by the N.C. House on Thursday and the N.C. Senate on Friday leaves the 5th Congressional District as it appears at right. The current 5th District is shown at left. 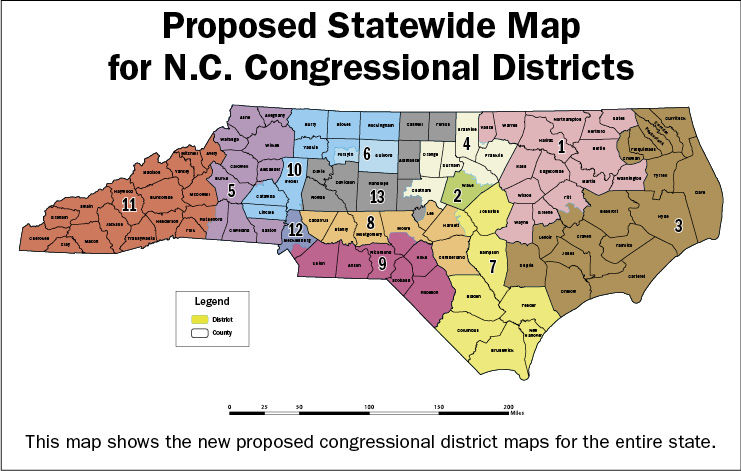 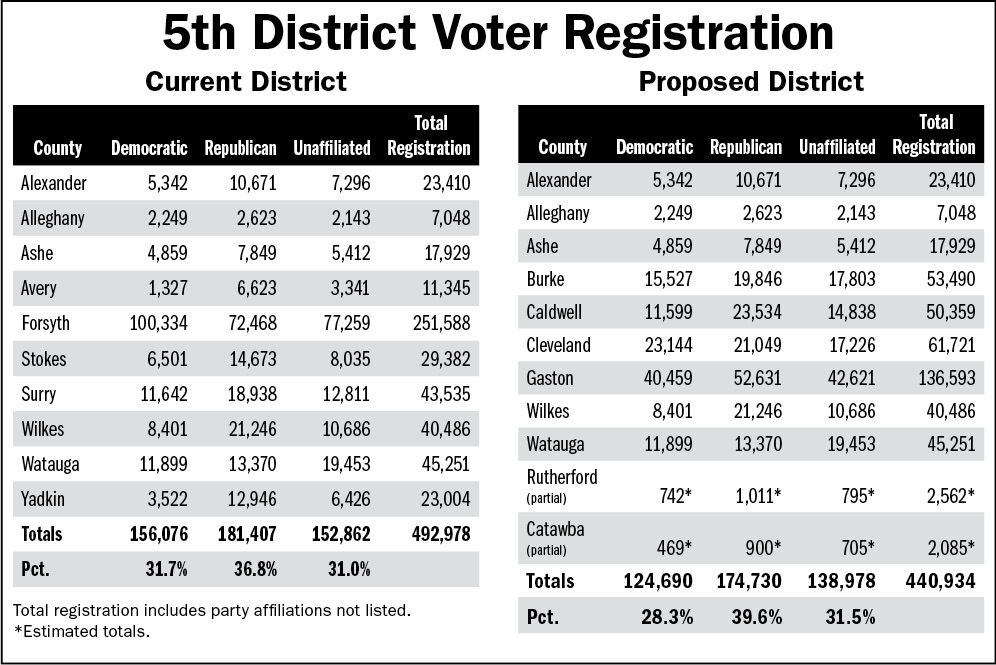 Redistricting plan approved by the N.C. House on Thursday and the N.C. Senate on Friday leaves the 5th Congressional District as it appears at right. The current 5th District is shown at left.

The 5th District goes no farther east than Wilkes County and extends from the Virginia line to the South Carolina line in a congressional redistricting plan approved by the N.C. House and Senate late last week.

Both votes were along party lines—55 to 46 in the House and  24 to 17 in the Senate. Democrats are expected to gain two congressional seats with the new district lines, leaving them with five and Republicans with eight. Republicans would still be the majority party in the 5th District.

A panel of three state judges will now review the new map and look for any indications of partisan gerrymandering. Earlier this month, the same judges ruled that the existing congressional districts were illegally gerrymandered with excessive partisan bias favoring the GOP.

The state has 10 districts that lean Republican and three Democratic under the current map, drawn in 2016 after a federal court ruled a previous map was illegally racially gerrymandered. As of Friday, North Carolina’s registered voter rolls included 2,492,807 Democrats, 2,034,101 Republicans and 2,212,057 unaffiliated.

Cleveland, Gaston and Rutherford are now in the 10th District and Catawba is now in the 11th.

Republican Virginia Foxx has represented the 5th District since 2005. Foxx lives in Watauga County, not far from the Avery-Watauga county line. Regardless of where she lives, incumbents don’t have to live in the district they represent.

In the new map, one of the new Democratic-leaning districts includes Raleigh and the other includes Greensboro. With the current map, the heavily Democratic voter registration in Raleigh and Greensboro is diluted because these cities are carved into different districts.

Holder said the new map provides Republicans with an unfair partisan advantage by “failing to respond to the court’s order by continuing to split communities of interest, packing voters in urban areas and manipulating the district lines.”

Political analysts earlier predicted that redistricting would result in eight solid Republican and five solid Democrat districts, with the 2nd and 6th districts flipping from GOP to Democratic.

The panel of three judges that will review the new plan blocked the current congressional district map from being used in 2020. The judges suggested that the districts be redrawn quickly to help the March 3 primary remain on schedule.

The State Board of Elections has said it needs a map by mid-December to do so. Otherwise, a separate congressional primary, with likely low turnout, would be needed later in the year. Candidate filing for the primaries starts Dec. 2.

A mix of clouds and sun. A stray shower or thunderstorm is possible. High 87F. Winds E at 5 to 10 mph.