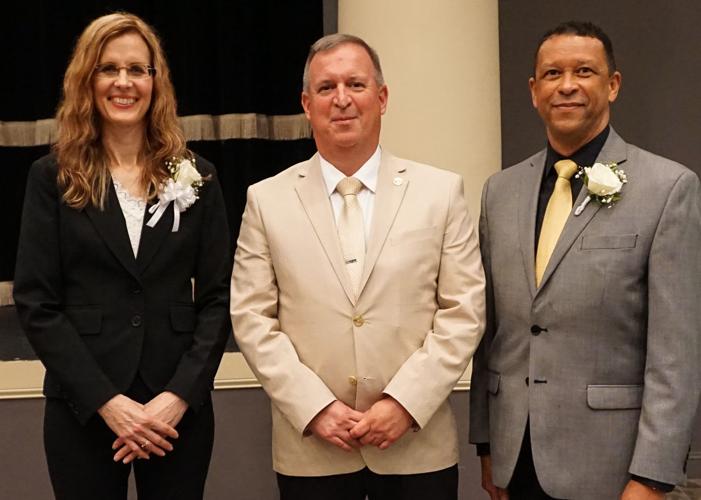 From left are Shannon Richardson, 2022-23 Wilkes Teacher of the Year; Wilkes School Superintendent Mark Byrd; and Rodney Graham, Wilkes 2022-23 Principal of the Year. 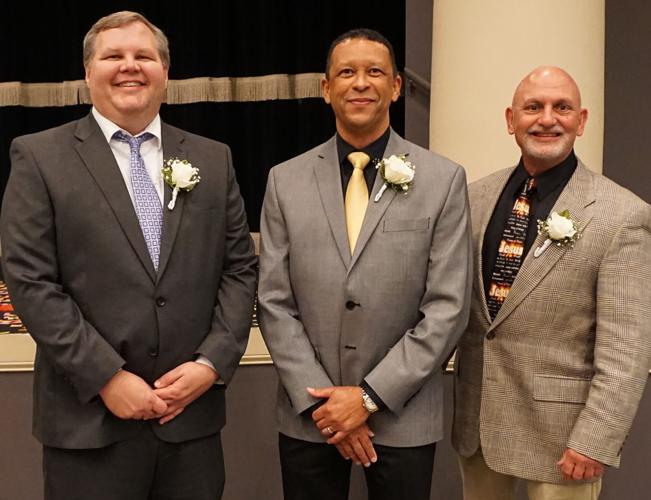 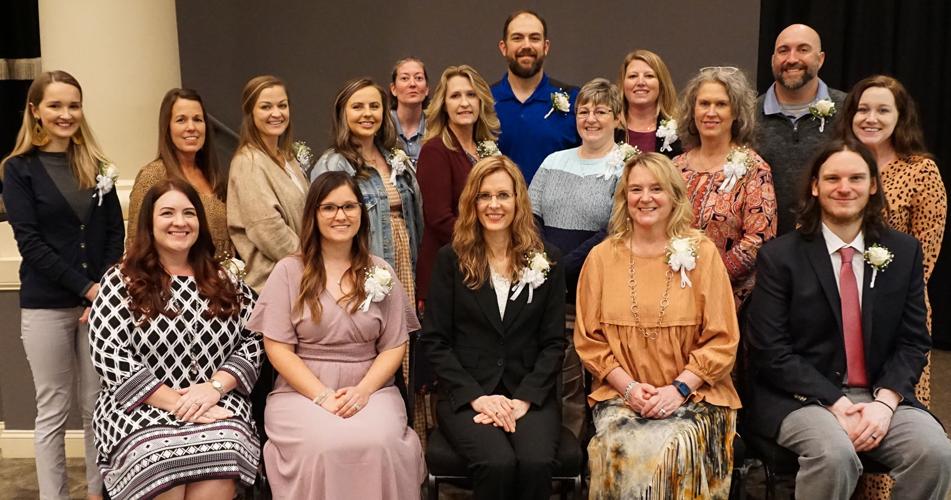 From left are Shannon Richardson, 2022-23 Wilkes Teacher of the Year; Wilkes School Superintendent Mark Byrd; and Rodney Graham, Wilkes 2022-23 Principal of the Year.

“The best teachers teach from the heart, not from the book.”

That’s the quote fixed at the end of emails from Shannon Richardson, 2022-23 Wilkes County Teacher of the Year.

According to Nikki Patrick, her principal at Mulberry Elementary School, Richardson lives out the quote as fourth grade teacher.

Patrick said Richardson arrives at Mulberry early and leaves late each day as she works to deliver engaging instruction and help her students grow academically and develop social emotional skills that will serve them long after they leave elementary school.

“Ms. Richardson is a phenomenal teacher,” she concluded.

In her comments after the selection was announced, Richardson thanked her students for demonstrating that they are learning and applying the life lessons she tries to teach them.

“It touches my heart and it makes me cry” when she hears stories about her students “taking kindness beyond the four walls of the school” by what they do in the community. She said her students are her treasures.

Richardson also thanked teachers in the Wilkes schools for what they do for students in the county every day.

When asked later to describe her teaching philosophy, Richardson stated, “I strongly believe in the power of relational teaching, teaching the whole child, and making a heart/brain connection that promotes growth and enables education to transcend the classroom. Building positive relationships with my students and fostering those relationships among their classmates is my primary focus.”

Richardson said she was adopted as an infant and wouldn’t be where she is today without the love and support of her adoptive parents, Steve and Diana Richardson.

She recently met my biological parents and said they have been encouraging and supportive and showed her the desire to teach and help others is in her DNA. “My bio dad went into social work and ran a home for at-risk Native American youth and my bio mom is an in-home caregiver for individuals with physical and mental challenges.”

Richardson taught in private schools in Michigan and Florida for over 10 years before she moved to Wilkes 13 years ago and was told she didn’t have a chance of getting a fulltime teaching job in the Wilkes schools due to a hiring freeze.

“So, I took the county’s substitute teacher training and served as a sub. In the meantime, an interim teacher assistant position opened up at Moravian Falls Elementary in fall 2009, and I was hired by Mrs. Ramona Hemric (principal) to assist in two third grade classrooms.”

Hemric watched Richardson working with students and at the end of the school strongly urged her to get a teaching degree and return to teach as an elementary teacher.

Richardson took the advice and was working on her degree at Wilkes Community College and Appalachian State University when Hemric hired her to be a third-grade tutor at Moravian Falls. The teacher she worked with and learned from was Belinda Marino, 2016-17 Wilkes Teacher of the Year.

Richardson received a bachelor of science degree in elementary education from ASU in 2014, and in January 2015 was hired as a second-grade teacher at Moravian Falls by Shanda Adkins, then the principal.

After working as a teacher at Moravian Falls through the end of the 2018-19 school year, she was hired as a third-grade teacher at Mulberry Elementary for the 2019-20 school year and has taught fourth grade there since 2020-21.

Wilkes school Superintendent Mark Byrd said during the banquet, “There are few professions that I can think of that are more honorable than that of a classroom teacher. That level of honor and influence has only grown over the past two years during this pandemic.

“During a year that most teachers would say has been the most difficult of their career, our students still had great experiences. I keep hearing the term ‘new normal,’ but what was normal in our classrooms never changed despite all of that was changing around us.”

Rodney Graham said he believes that his most important job as an administrator is to advocate for and promote the growth and success of students and teachers. He said he considers himself to be a servant leader, never asking someone to do something that is not willing to do.

Graham is a Wilkes native, attended Lincoln Heights School, graduated from Wilkes Central High School and has degrees from Lees-McRae and Gardner-Webb.

Partly cloudy. A stray shower or thunderstorm is possible. High 82F. Winds W at 10 to 15 mph.

Girl wrestlers getting their due

May 17 vital for democracy in N.C.

We want you to stay

Religion not forced on Wilkes students